The Kentish coast is world-famous for its 200km of spectacular beaches and sea-carved chalk cliffs, such as the White Cliffs of Dover. For a perfect place to spend a day by the sea, look no further than Whitstable and Tankerton on the Northern coast of Kent. These two seaside destinations are possibly the most charming and picturesque coastal towns in Kent, and it’s easy to see why.

With just an hour and a half train ride from London to Whitstable, you can have everything to make your visit to the seaside memorable. Stunning beaches, fishing boats, fish and chips and ice cream, not to mention spectacular sunsets accompanied by the sound of waves breaking on the shore. And given that this is the go-to place for oysters, the nickname “The Peal of Kent” fits Whitstable like a glove.

Still not convinced? Whether you’re looking for a day-trip to the UK seaside, or would rather relax on the beach for longer, here are just some of the best things to do in Whitstable and Tankerton. 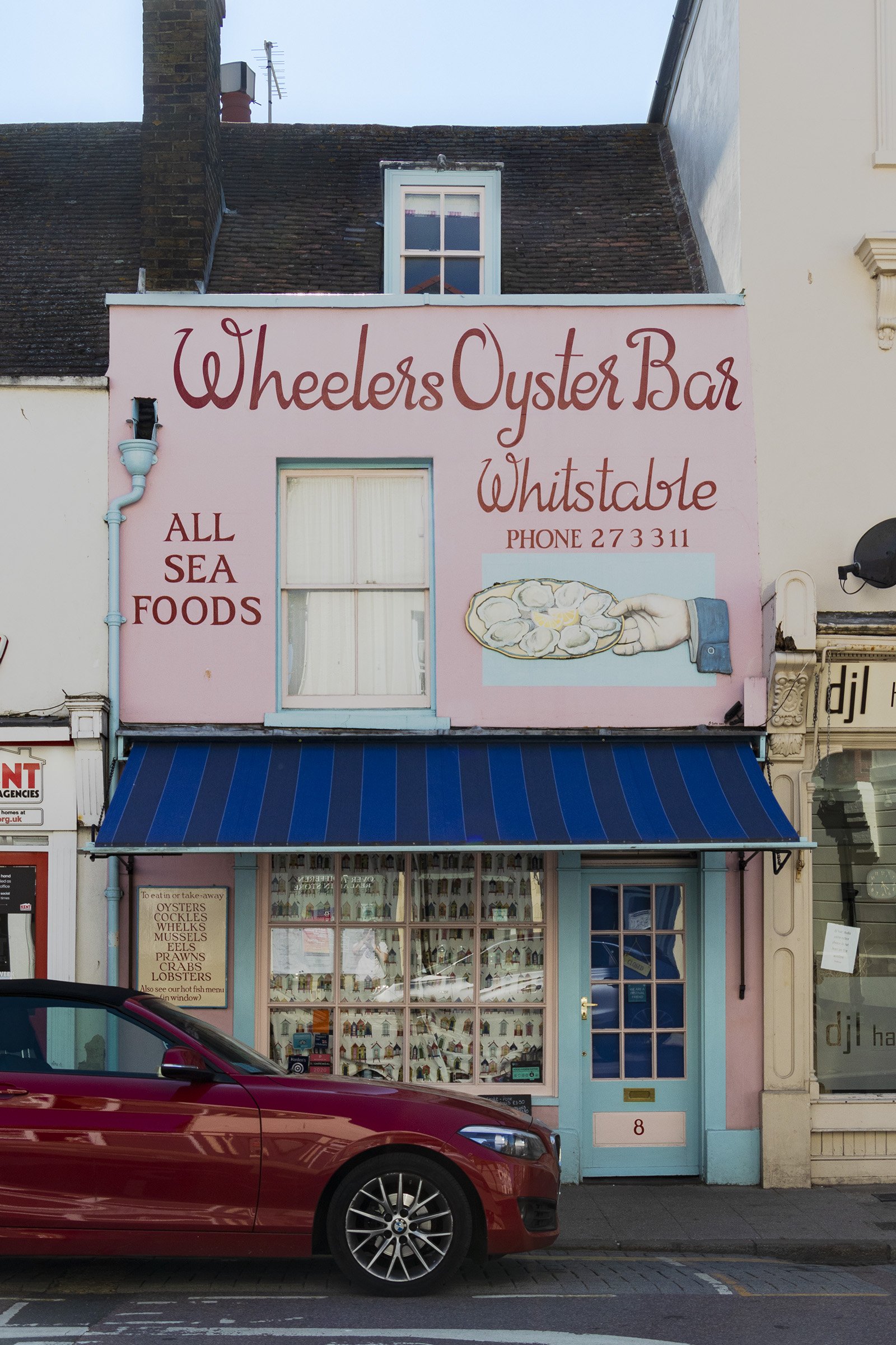 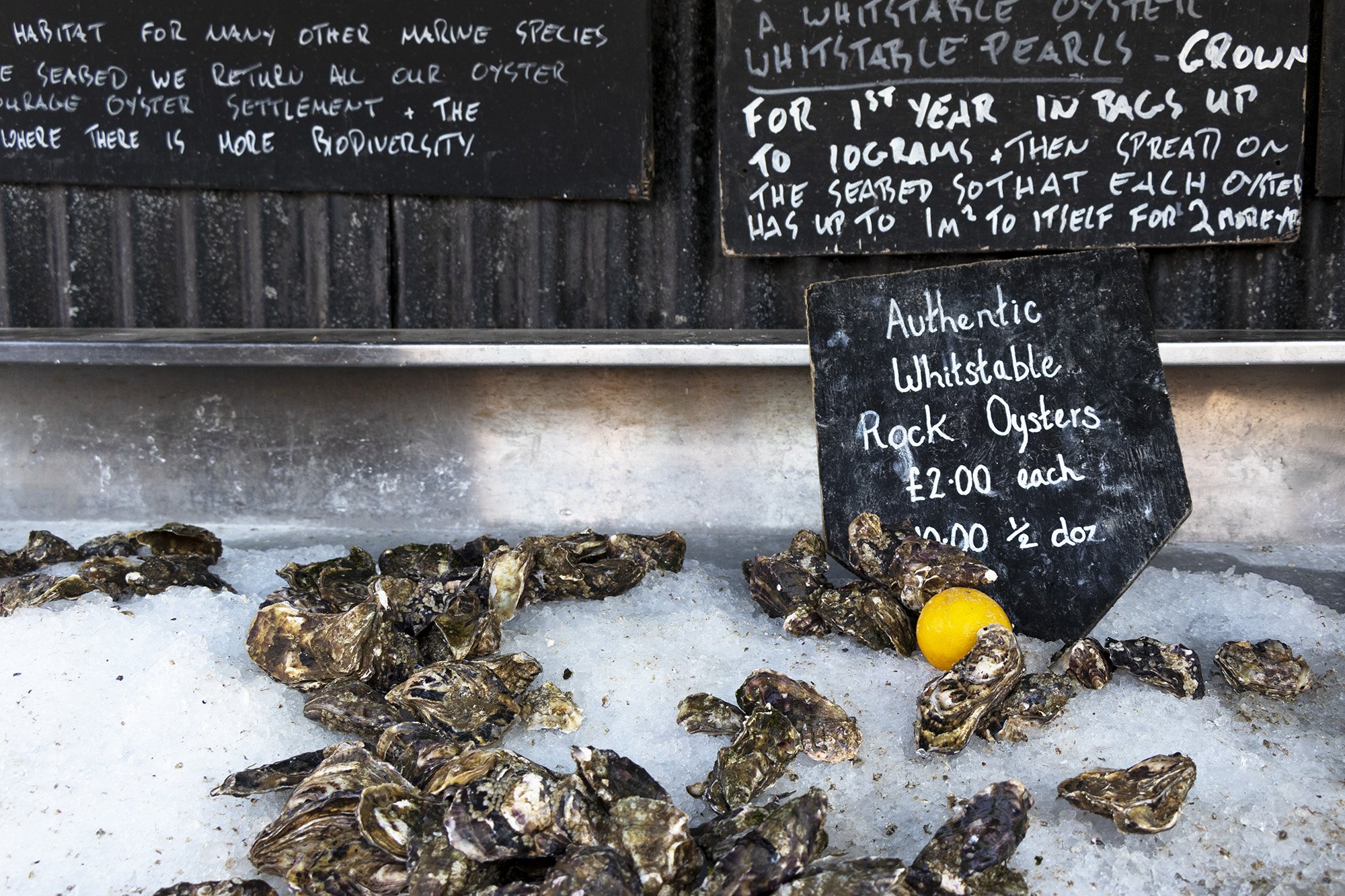 Built in 1832 by the Canterbury and Whitstable Co, Whitstable Harbour became the first harbour in England to serve a railway. The 7.6 mile Crab and Winkle Line linked Canterbury traders with Whitstable harbour, carrying coal and other bulk cargos. This was also the world’s first stream drawn passenger railway service, carrying passengers until 1931 on the “Invicta” locomotive. The Crab and Winkle Line closed in the 1950s, and is now a fantastic cycle path leading to the City of Canterbury. As for “Invicta”, you can spot it at the Whitstable Museum. 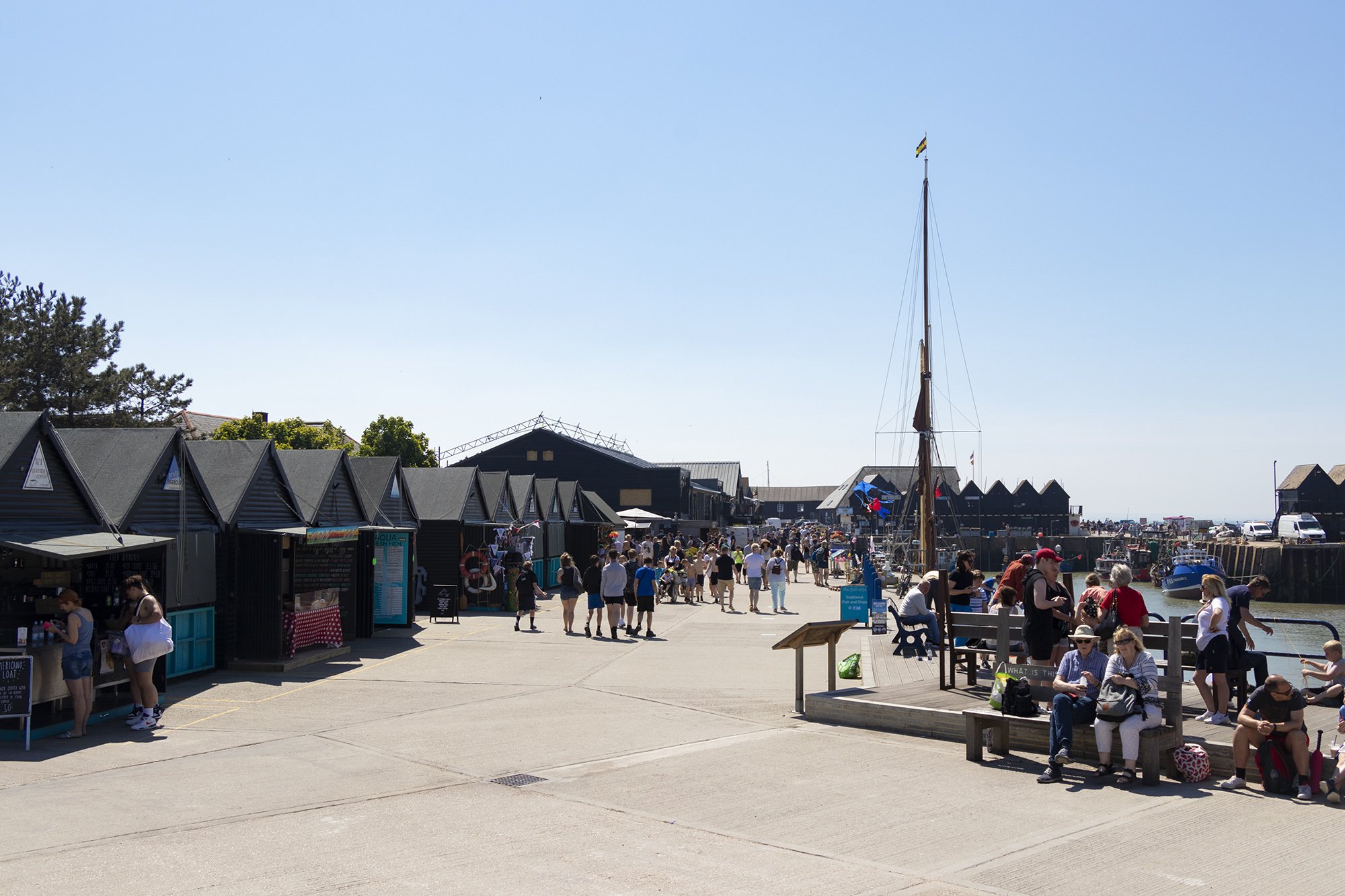 Whitstable Harbour is still operational and remains an important and historical part of town. In fact, it’s a hub of non-stop activity popular among locals, tourists and fishermen alike. Take a leisurely walk and gaze at the array of fishing boats docking with a fresh morning catch. Or stop by Harbour Market, where you’ll find local artisan products, fine art and souvenirs, such as prints, furniture, jewellery and ceramics. And if we still haven’t convinced you, sampling Whitstable’s famous oysters is enough to justify a visit to the harbour. Read below to find the best places to eat oysters in Whitstable!

Enjoying the pleasant beaches is one of the best things to do in Whitstable and Tankerton. There are two long pebble beaches on each side of Whitstable Harbour. Heading west is Whitstable West Beach, a mile long stretch divided by wooden groins leading to the neighbouring village of Seasalter. In the opposite direction you’ll find Tankerton Beach, and the colourful beach huts along Tankerton Slopes. This is the perfect place for an instagrammable postcard picture! 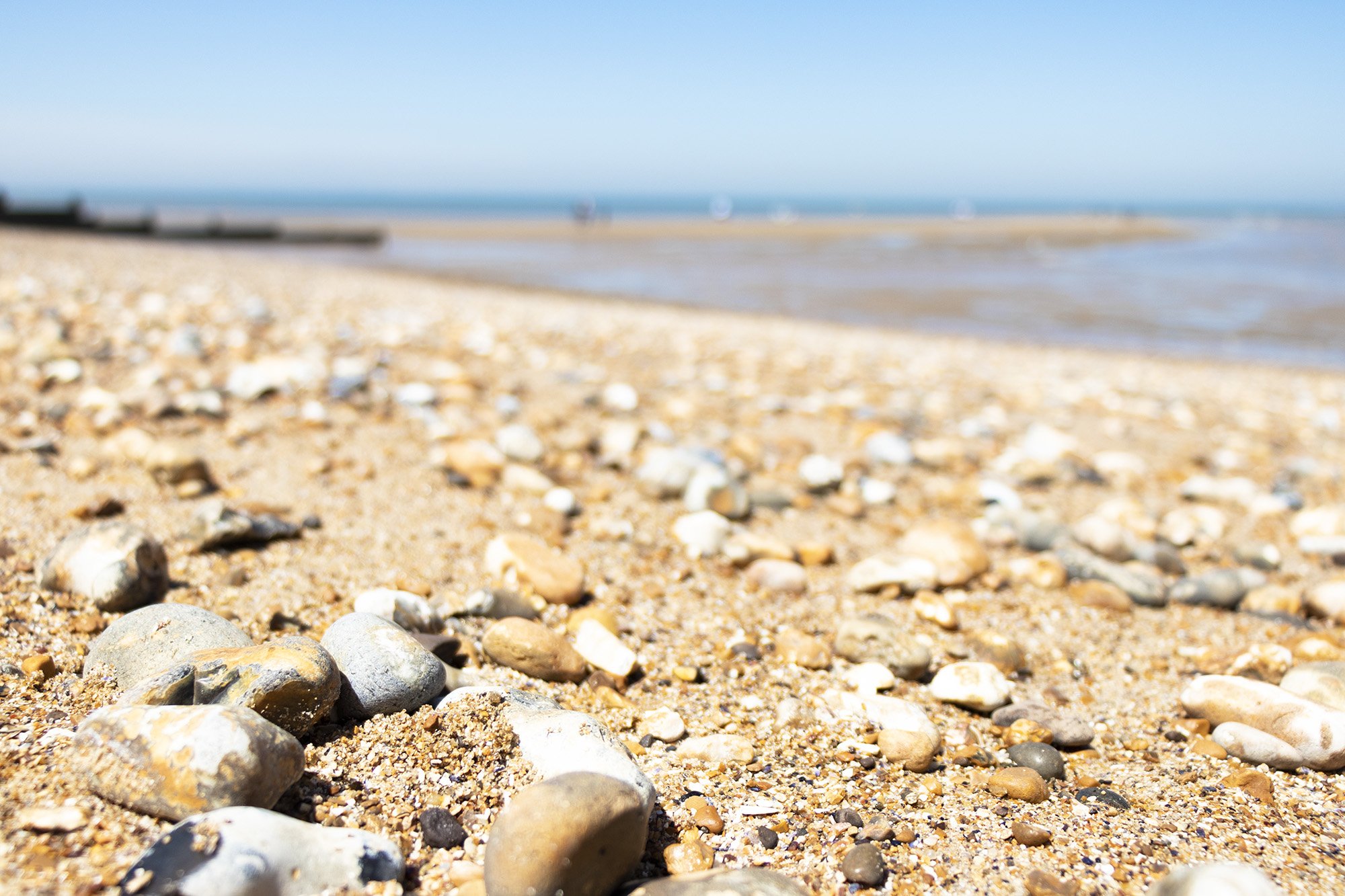 Sitting alone on the edge of Whitstable West Beach (a site said to have formerly been a boatyard workshop) is the famous Old Neptune. “Neppy” or “The pub on the beach” as it’s endearingly called, has been around since 1853. But this is not the original pub on the site. In fact, Old Neptune has frequently suffered serious structural damage due to high tides and storms, and at one point was even washed away completely! 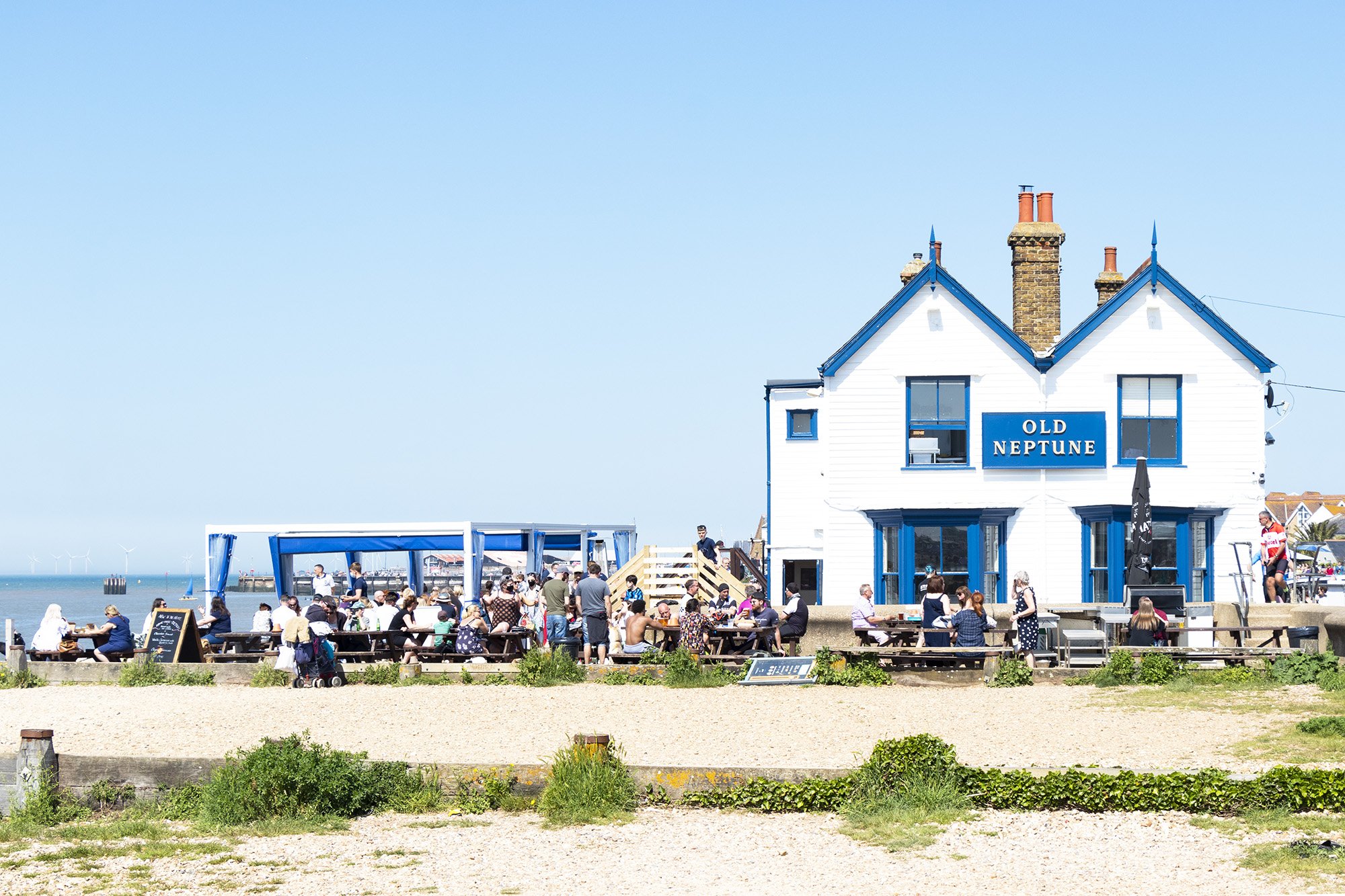 Keep your eyes peeled for “The Street” when you’re by Tankerton Beach. This isn’t an actual street, but a natural peninsula that stretches out to the sea only when the tide is low. Walking down this half a mile stretch into the sea is a must. But make sure you don’t get caught when the tide comes in! 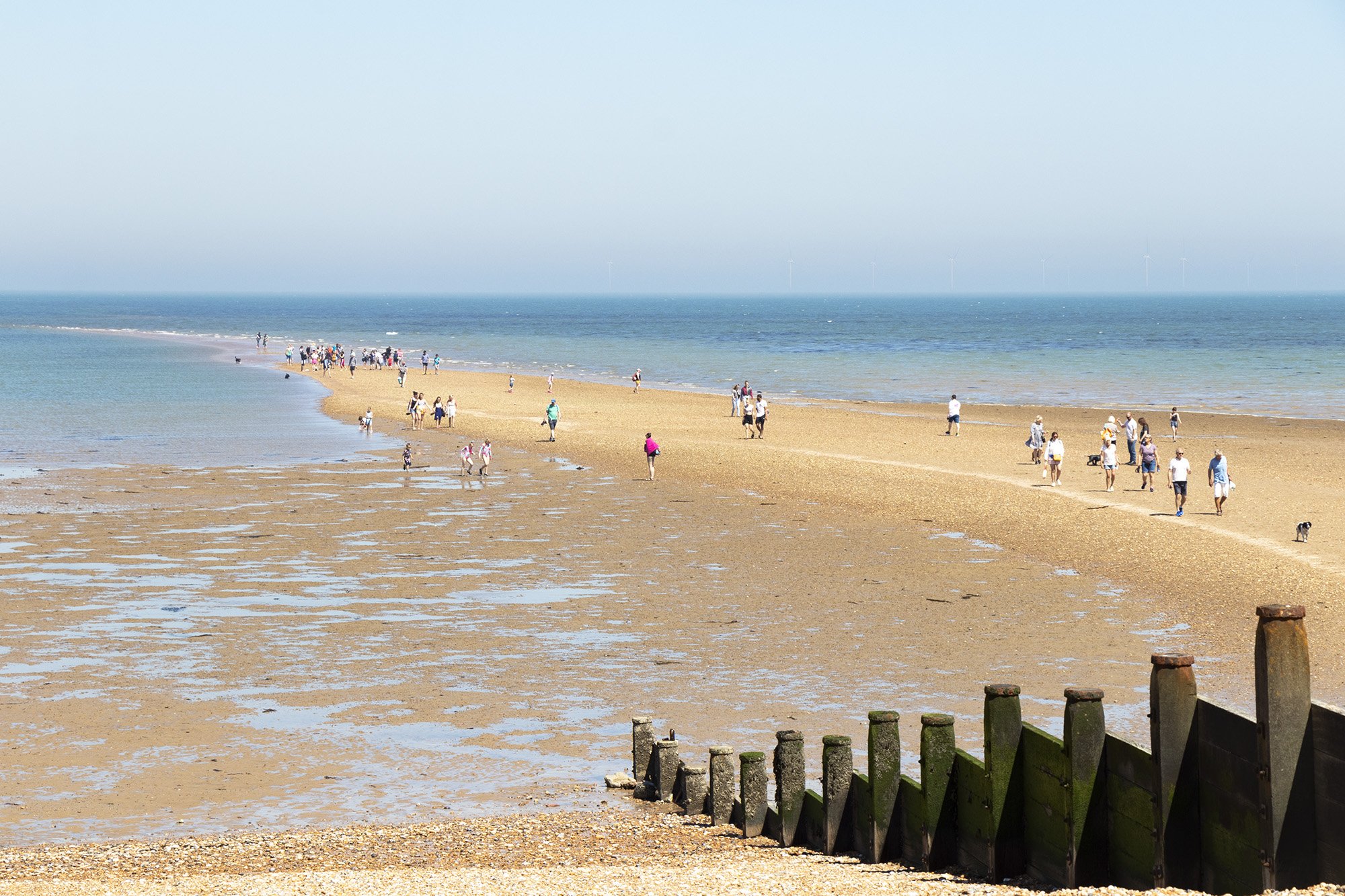 Originally known as Tankerton Towers, Whitstable Caste was built in the late 18th century as a residence for the Pearson family. After several structural changes to the property, it was bought by Whitstable City Council and used as offices between 1935 and 1975. Now, Whitstable Castle and Gardens remains open to the public and provides a fantastic venue for a variety of events such as weddings, corporate and private parties and local events. Not to be missed are the murder mysteries, antique and vintage fairs, and artisan farmer markets.

Inside, Whitstable Caste is decorated as it looked back in the 18th and 19th centuries. Check out the Orangery Tearoom in Whistable Castle for some freshly baked scones, cakes and delicious afternoon tea (gluten free and vegan options are available). Outside, the well-kept gardens are full of lush flowers and plants from different parts of the world.

Whitstable Castle is open every day except Sundays from 10am to 5am.

Entry to Whitstable Castle is free, and guided tours are available when booked in advance. However, make sure you check the latest safety measures followed by Whitstable Castle in response to the current COVID-19 restrictions beforehand. 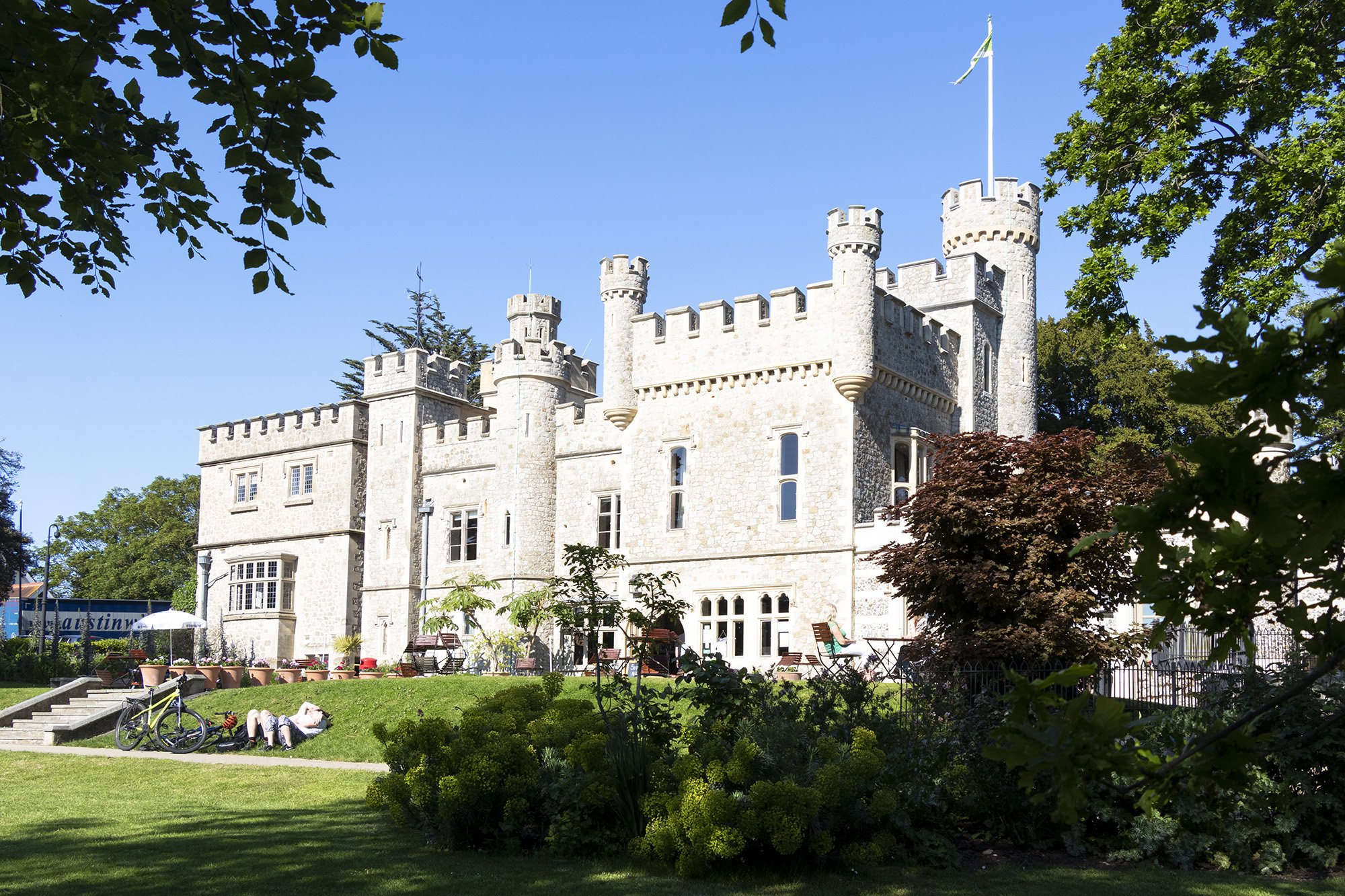 No trip to the Kentish seaside is complete without having oysters in Whitstable. The annual Whitstable Oyster Festival takes place in July and August has quickly become the highlight of the year for both locals and tourists. Luckily for seafood lovers, there are plenty of places to choose from offering only the best and freshest catches of the day all year round. These are not limited to oysters alone, of course. You can also enjoy a wild range of fish and seafood including lobster, crab, mussels and prawns.

Here are some of the best places to eat oysters and in Whitstable: 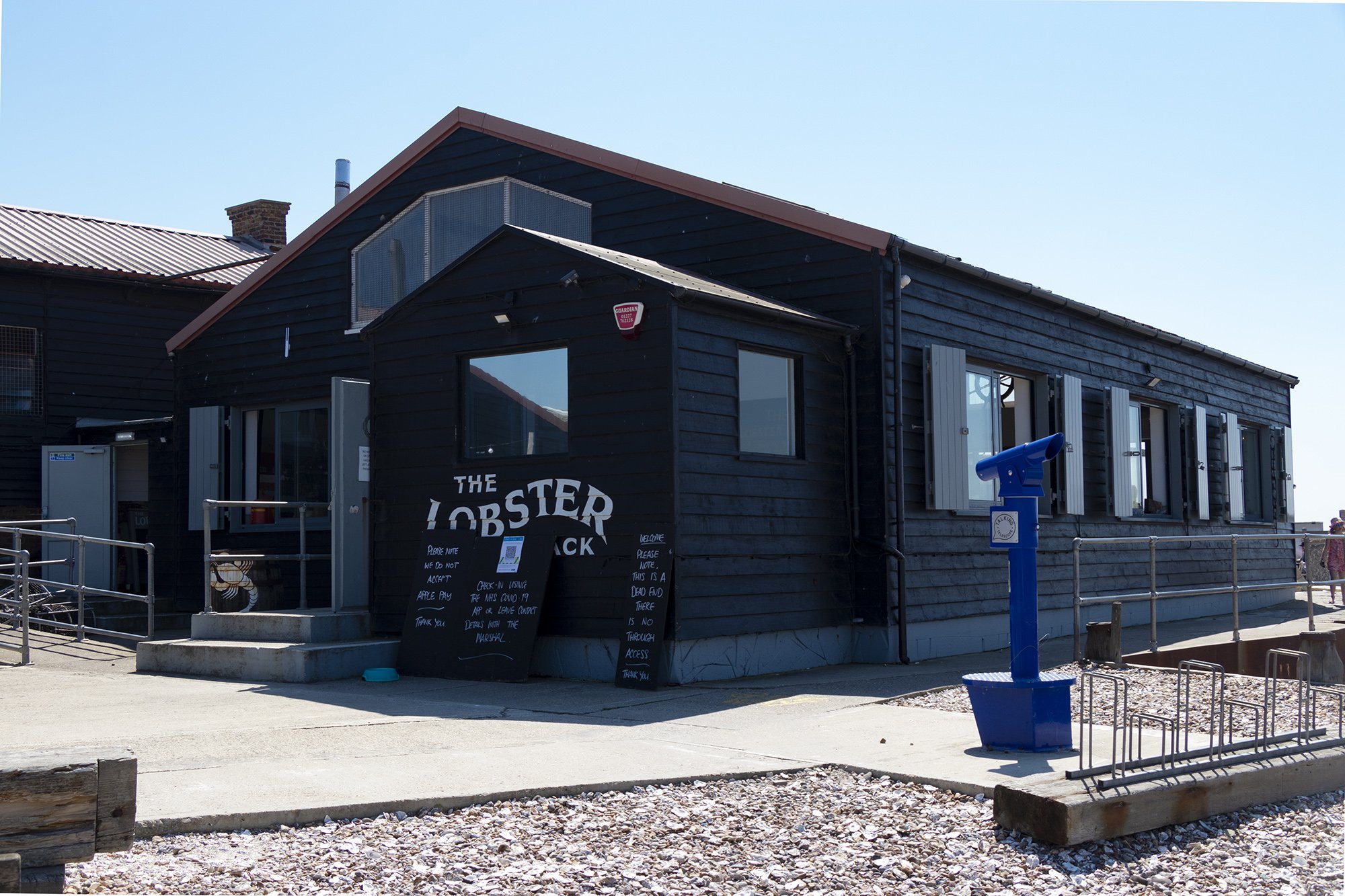 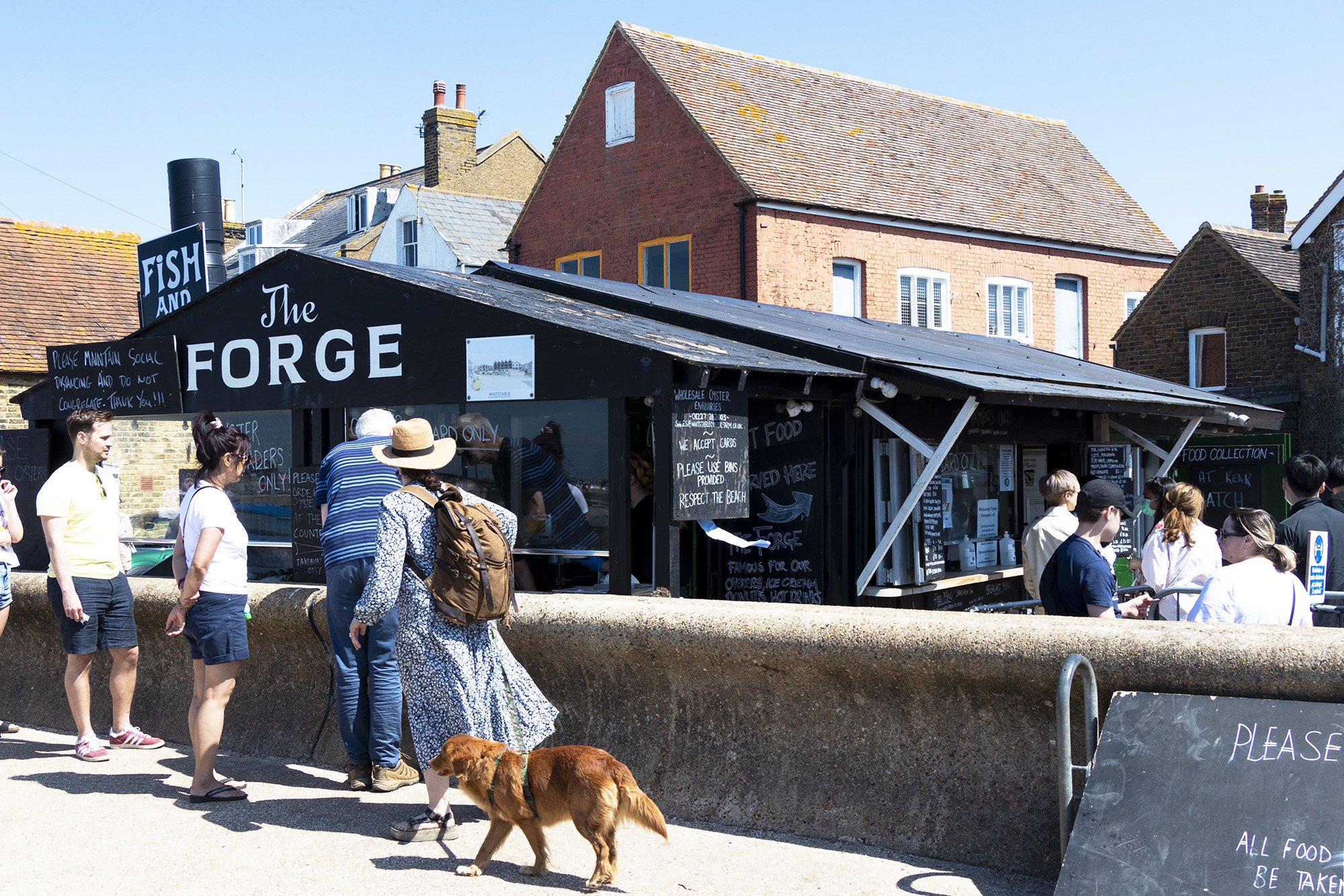 If oysters are not your thing, fear not! In fact, you could say having Fish and Chips in Whitstable is equally as mandatory. There are plenty of places along the beachfront where you can get a delicious portion of cod or haddock and chips (including The Forge and Lobster Shack). However, we also recommend trying the following places for some of the best fish and chips in Whitstable: 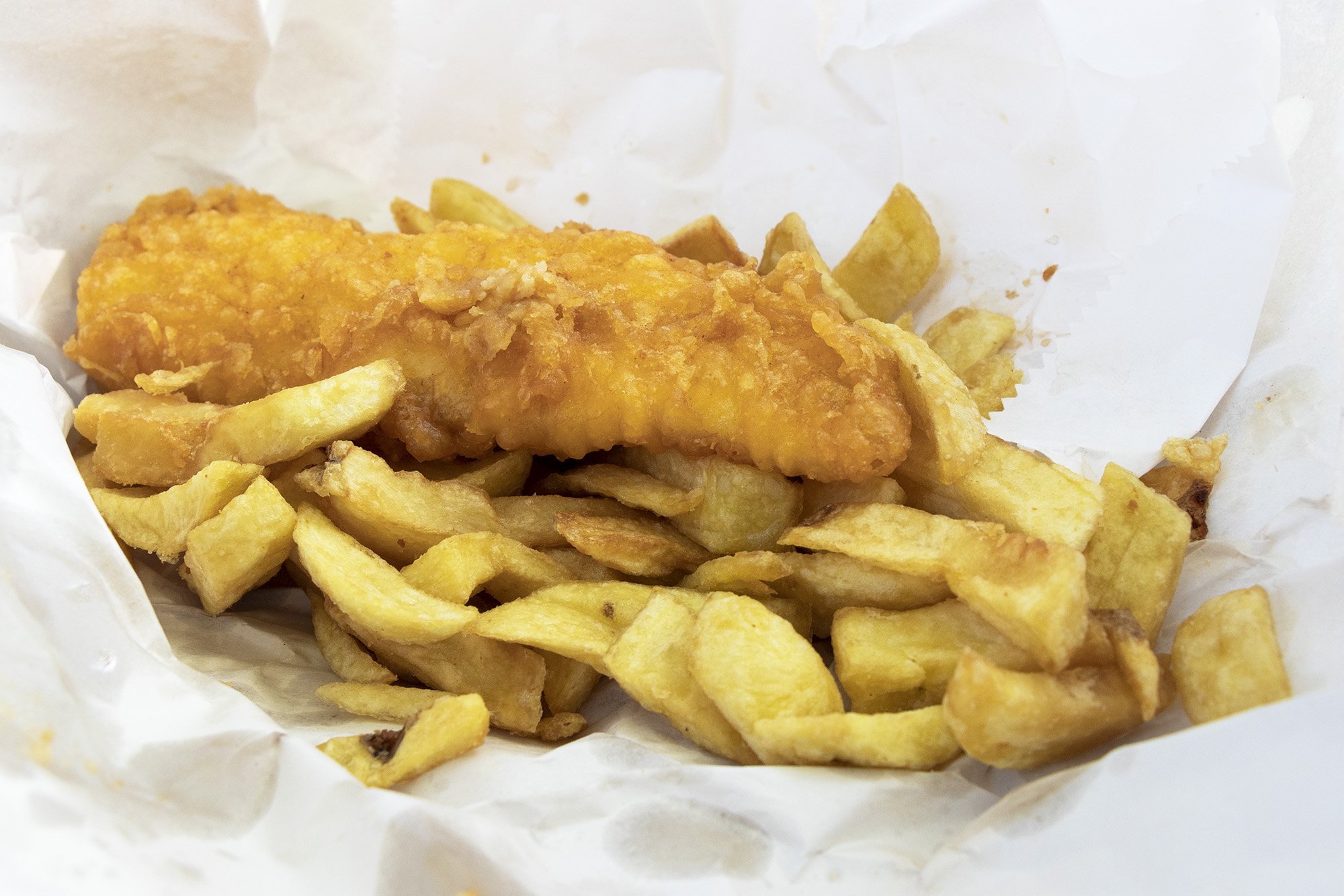 Strolling along Harbour Street and High Street needs to be on your list of things to do in Whitstable. This area is known for its buzzing atmosphere thanks to quirky craft shops, art galleries, seafood restaurants (Wheeler’s Oyster Bar and Ossie’s Fish Bar are located here) and a variety of specialised local shops.

Here are a few places we recommend stopping by: 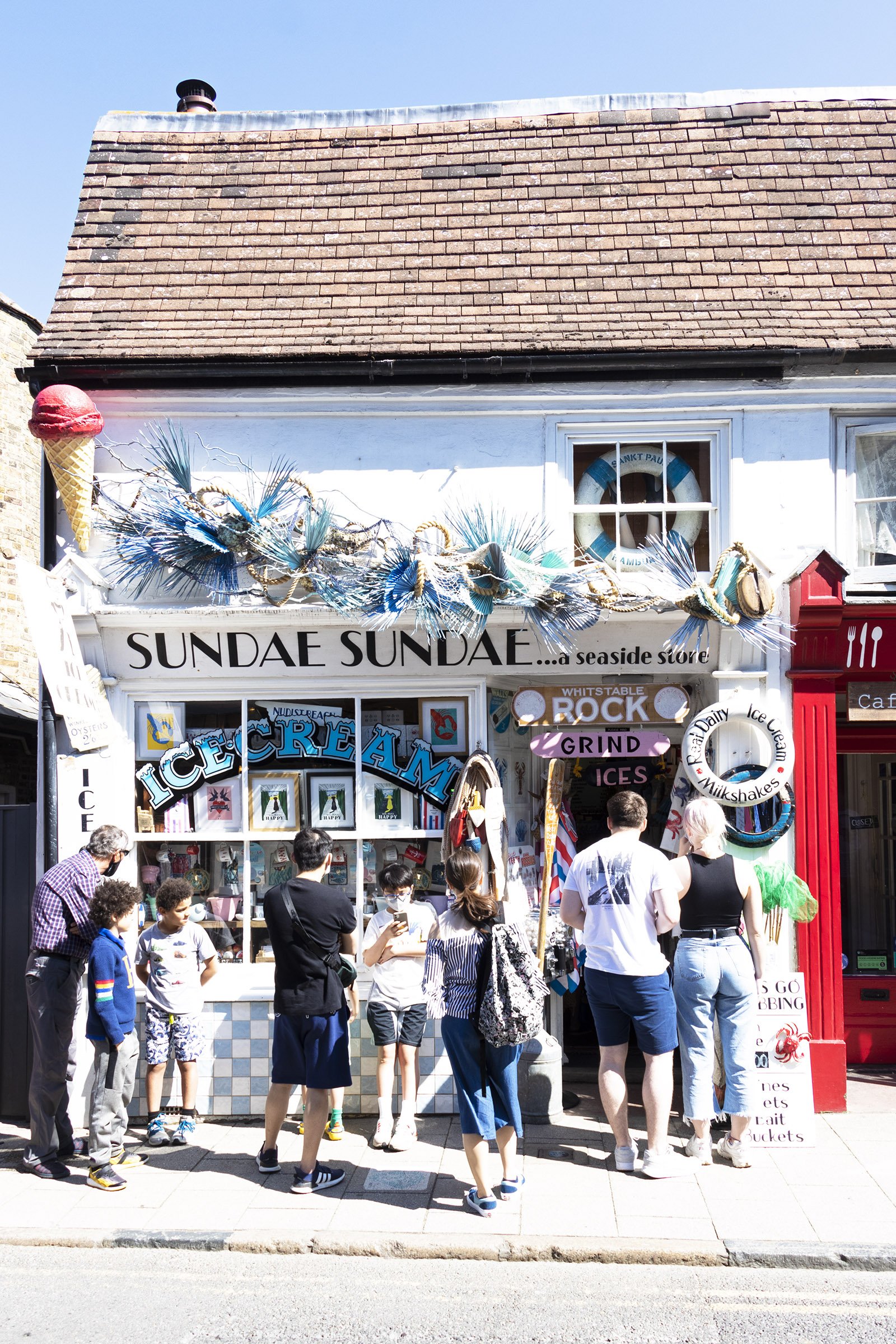 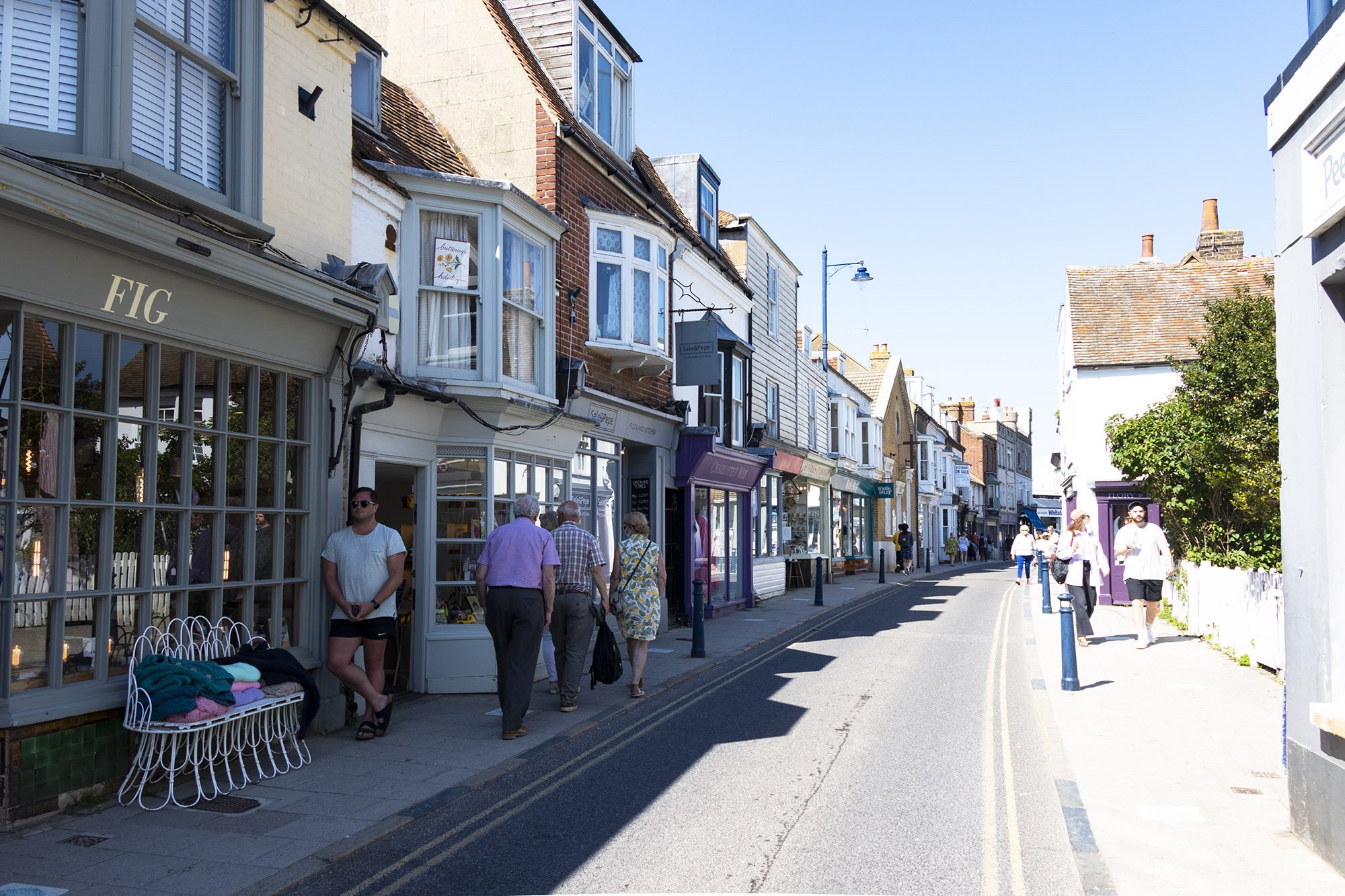 6. Other things to do in Whitstable and Tankerton 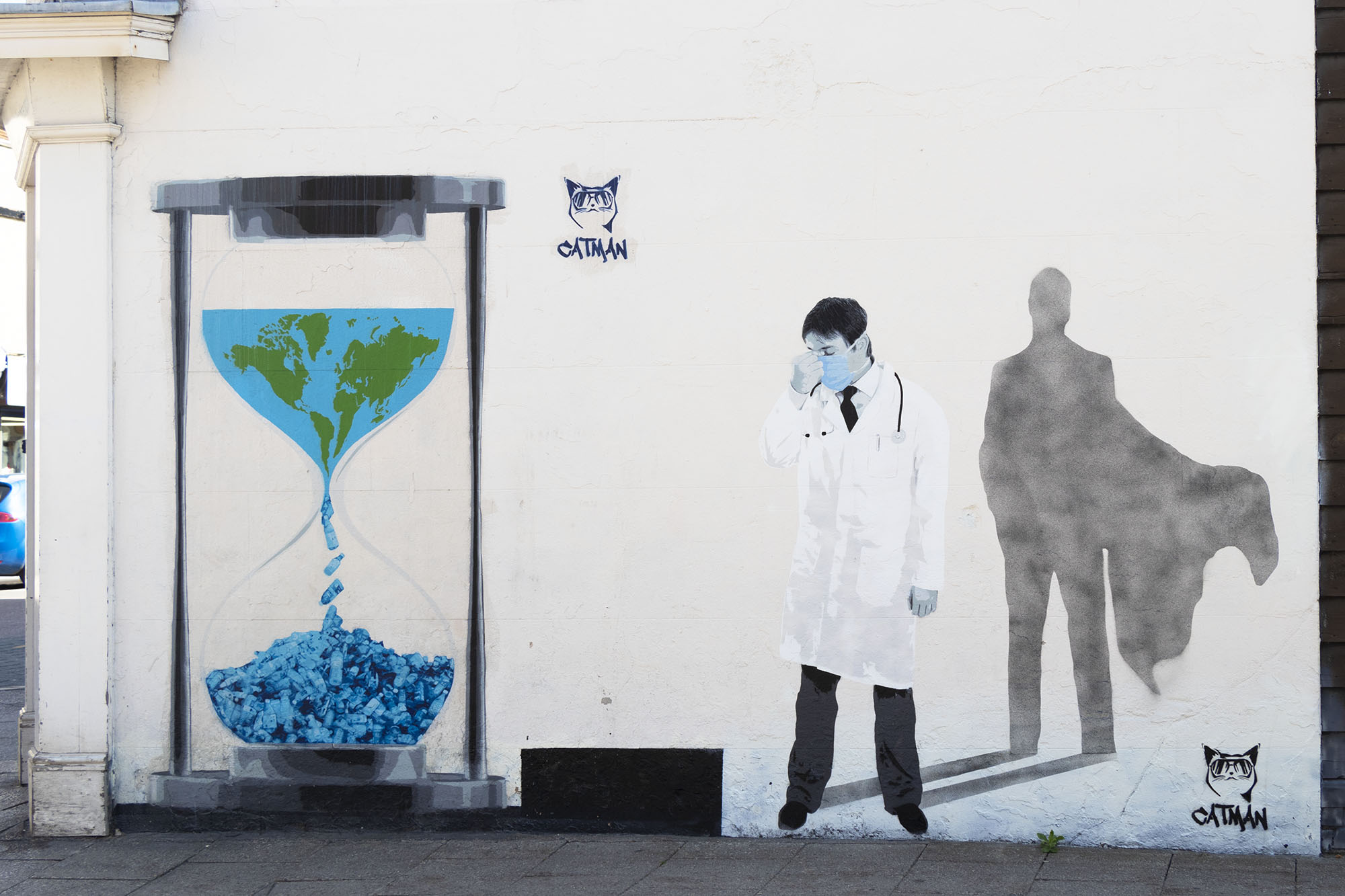 7. How to get to Whitstable

The easiest and quickest way to get from London to Whitstable is by train. The journey from Victoria Station to Whitstable takes about an hour and a half and requires no changes. Another option is to travel to Whitstable by car via the A2 and M2, which takes around 2 hours depending on traffic conditions. 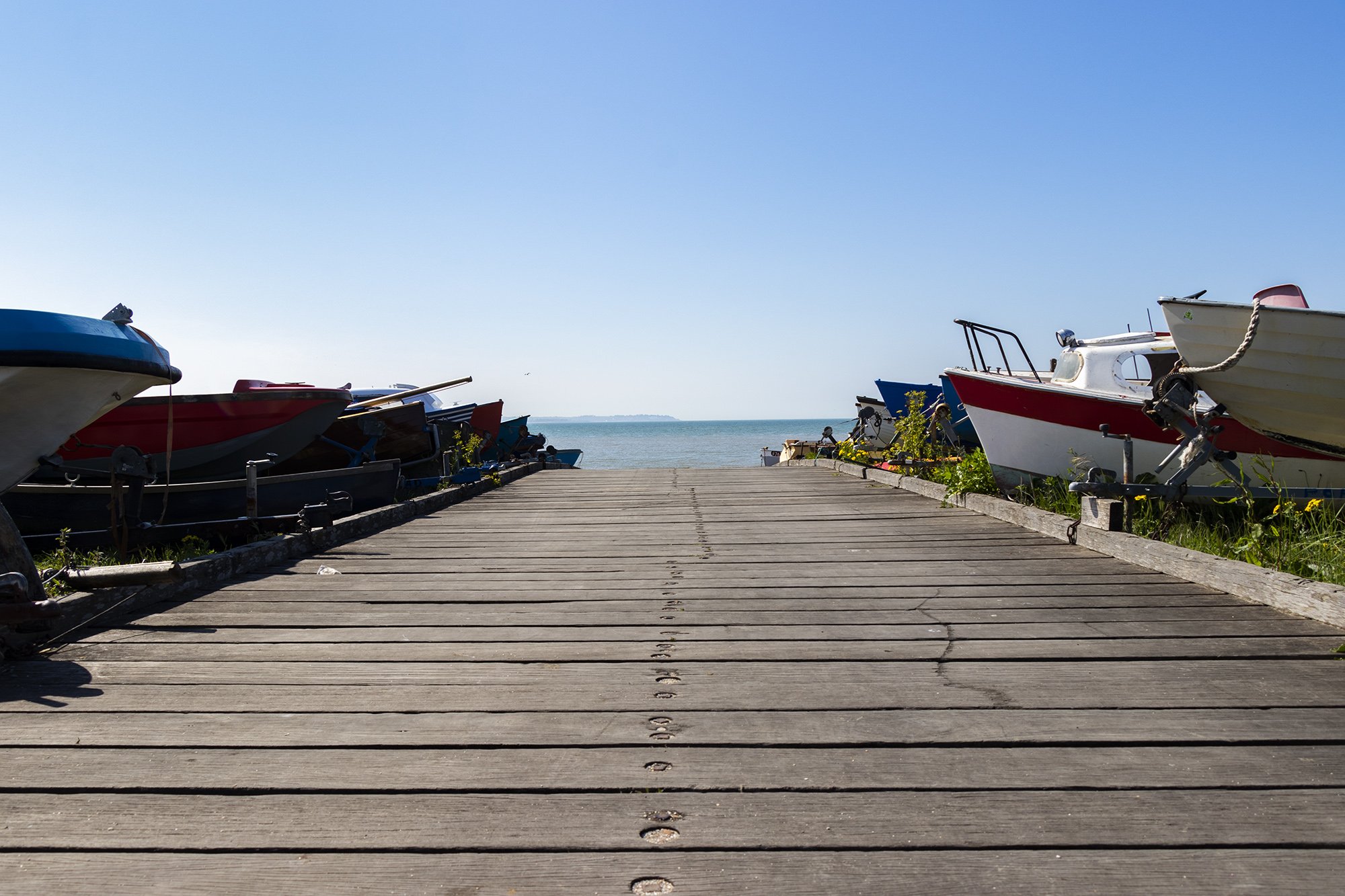 Did you find this post helpful? What other seaside destinations would you recommend visiting in the UK? I’d love to know! Also, always remember to check if places are open first, of course. If you loved our guide of things to do in Whitstable and Tankerton, please leave us a comment, pin some photos and show us some love on social media using the buttons below.