Boston’s Black Heritage Trail takes us through the most significant landmarks of the Black Boston of the 1800s. Before the Civil War, Beacon Hill became home to immigrants and more than half of Boston’s 2,000 African Americans, just below the houses of wealthy white people.

The Black Heritage Trail explores schools, residences and churches of the free Black community that played a pivotal role in the fight for equal rights and abolition of slavery. Alongside the Freedom Trail, this is an equally important way to learn more about the precursors of the Civil War movement and history of Boston. Here’s everything you need to know about Boston’s Black Heritage Trail. 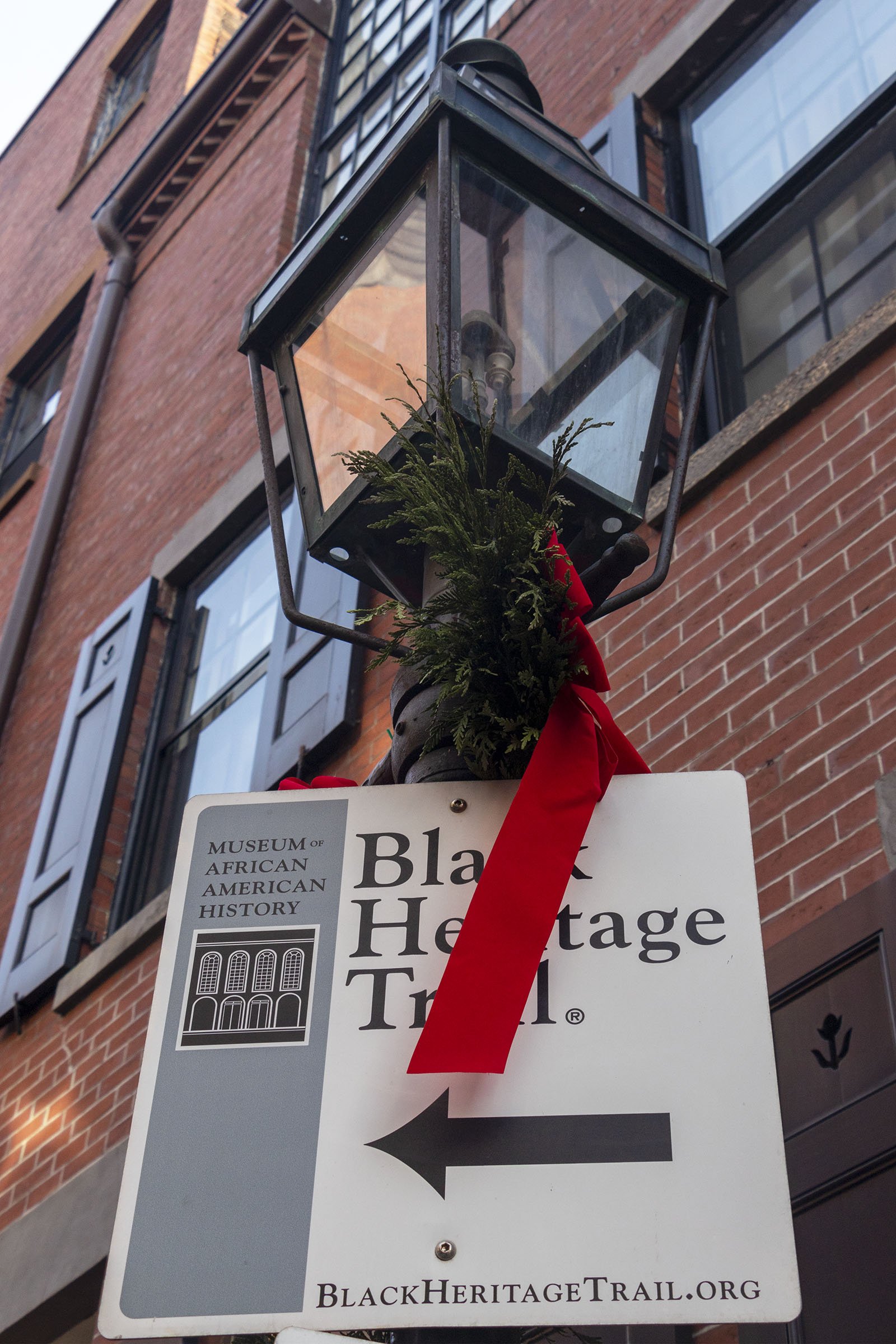 The Black Heritage Trail is 1.6 miles long and takes about 1h to complete. You can take it at your own pace and it’s completely free. It starts at the Robert Gould Shaw Memorial and finishes at the African Meeting House.

Your main stops are:

This is the first stop of the Black Heritage Trail. You can find the memorial on the top edge of the Boston Common, directly across from the Massachusetts State House. In 1863, Black soldiers were finally admitted into the Union Army. As a result, the 54th Regiment of Massachusetts Volunteer Infantry became the second African-American regiment to be organised in a Northern state. Its predecessor was the 1st Regiment Kansas Volunteer Infantry. 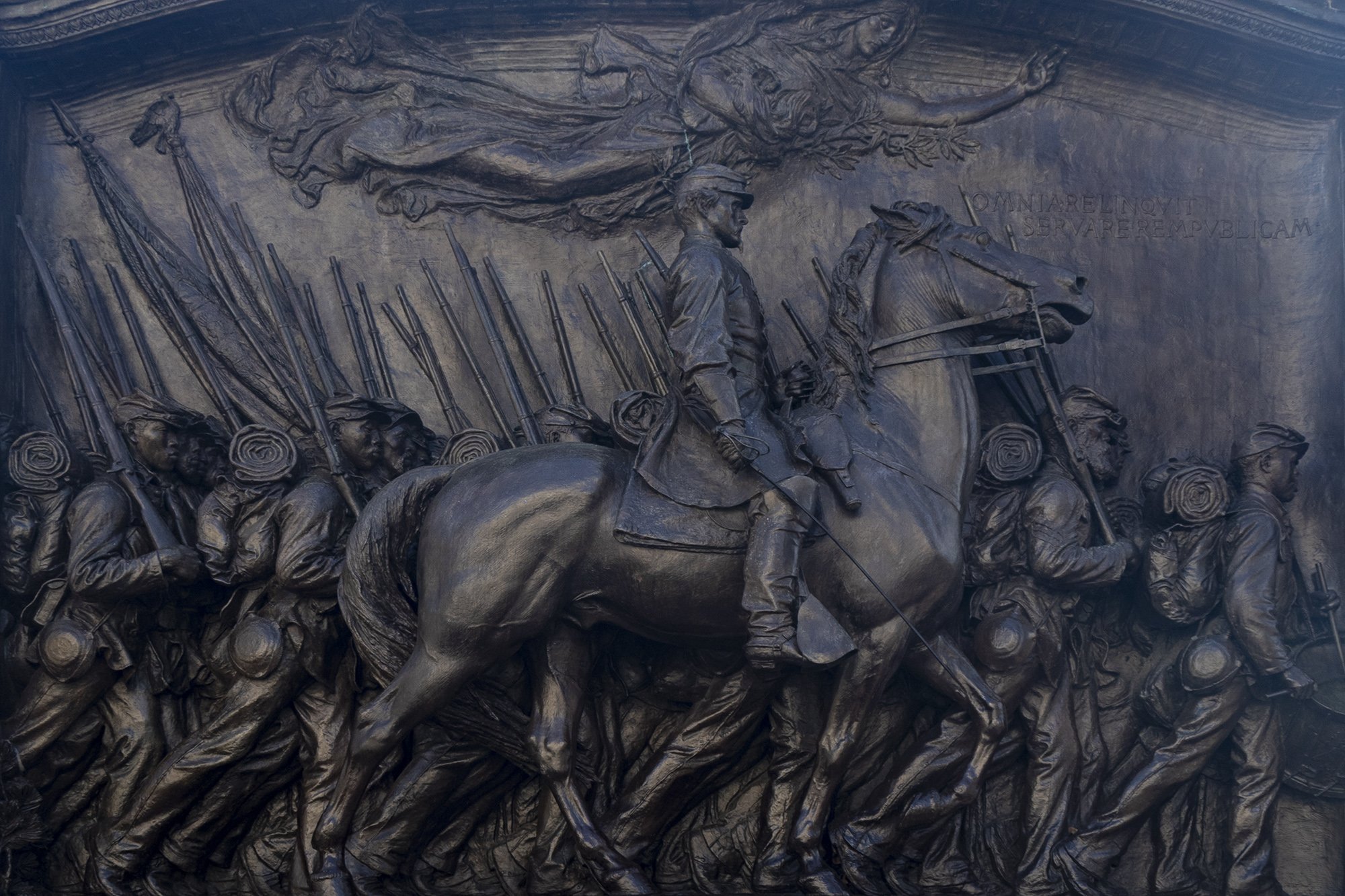 The 54th Regiment fought under the command of Colonel Robert Gould Shaw. He famously led the unsuccessful assault on Fort Wagner against Confederate-held Charleston, South Carolina in July 1863. Many of the soldiers, including Robert Gould Shaw, were killed there. Sgt. William Carney, however, got wounded when he saved the saved the flag from capture. As a result, he became the first Black soldier to receive the Medal of Honor.

The George Middleton House on 5-7 Pinckney Street is one of the oldest homes in Beacon Hill. It was built in 1787 by Louis Glapion, a hairdresser, and George Middleton, a horse coach and Revolutionary War veteran. They were both members of the African Lodge (aka Prince Hall Masons), founded by Black abolitionist Prince Hall. 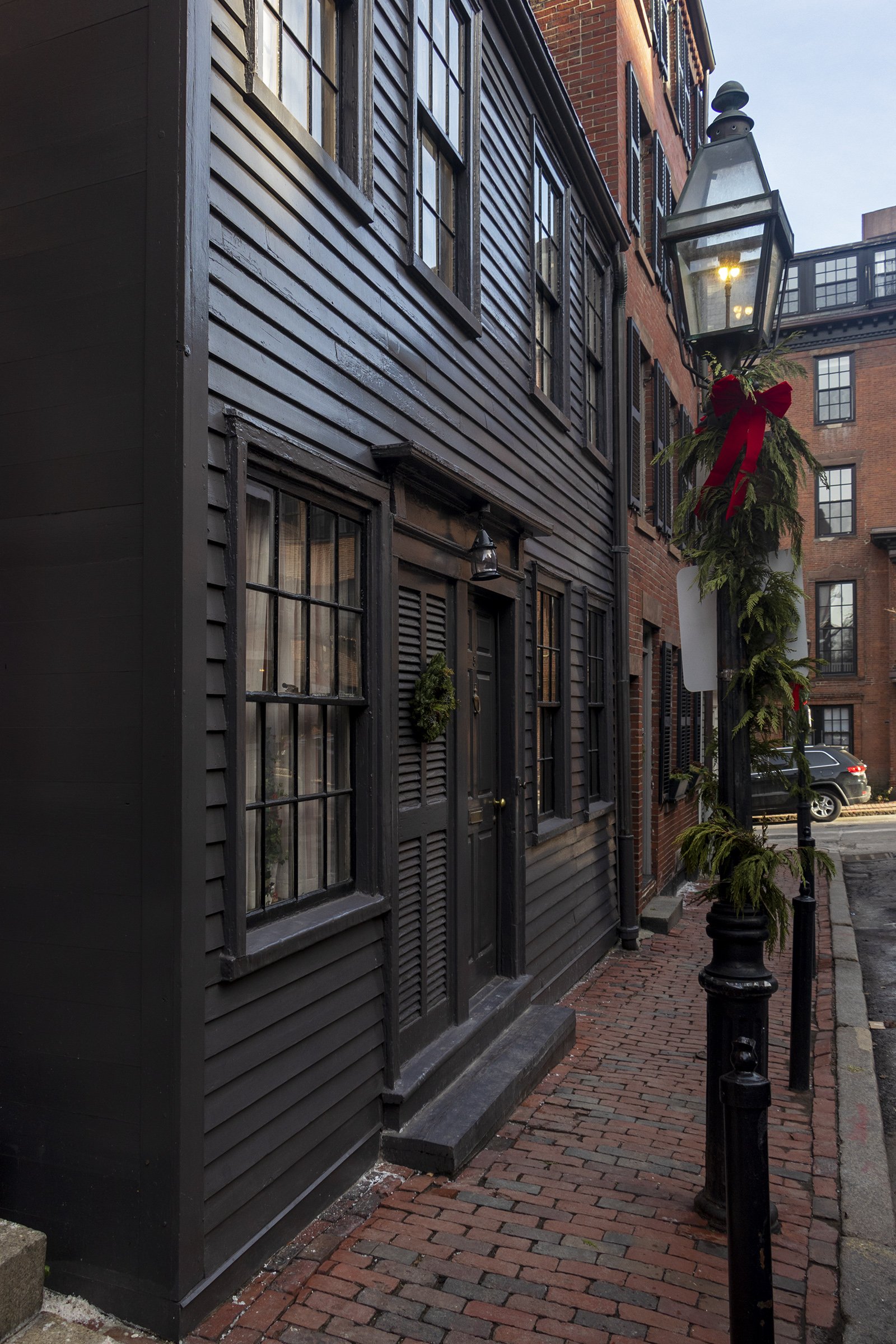 Middleton was an active leader of the Boston’s African American Community. During the American Revolution, he became a Colonel and led the “Bucks of America”, one of the three Black militia to fight the British. He layer organised the African Benevolent Society and continued fighting for equal school rights for Black children. He also wrote an abolitionist manifesto alongside his brother in 1808 and even became Grand Master of the African Lodge a year later!

Located on the corner of Anderson and Pinckney streets, this 19th century schoolhouse was initially a white boys school. It was named after John Phillips, the first Mayor of Boston and father of abolitionist Wendell Phillips. After the abolition of segregation with the Massachusetts Law of 1855, it became one of the first integrated schools in Boston. Before that, Black children attended school at the African Meeting House and, from 1834, at the Abiel Smith School. It’s now a private residence.

Elizabeth Smith taught here. She was the first African American to teach in an integrated school in the 1870s. Her father, abolitionist John J. Smith, is part of our next stop! 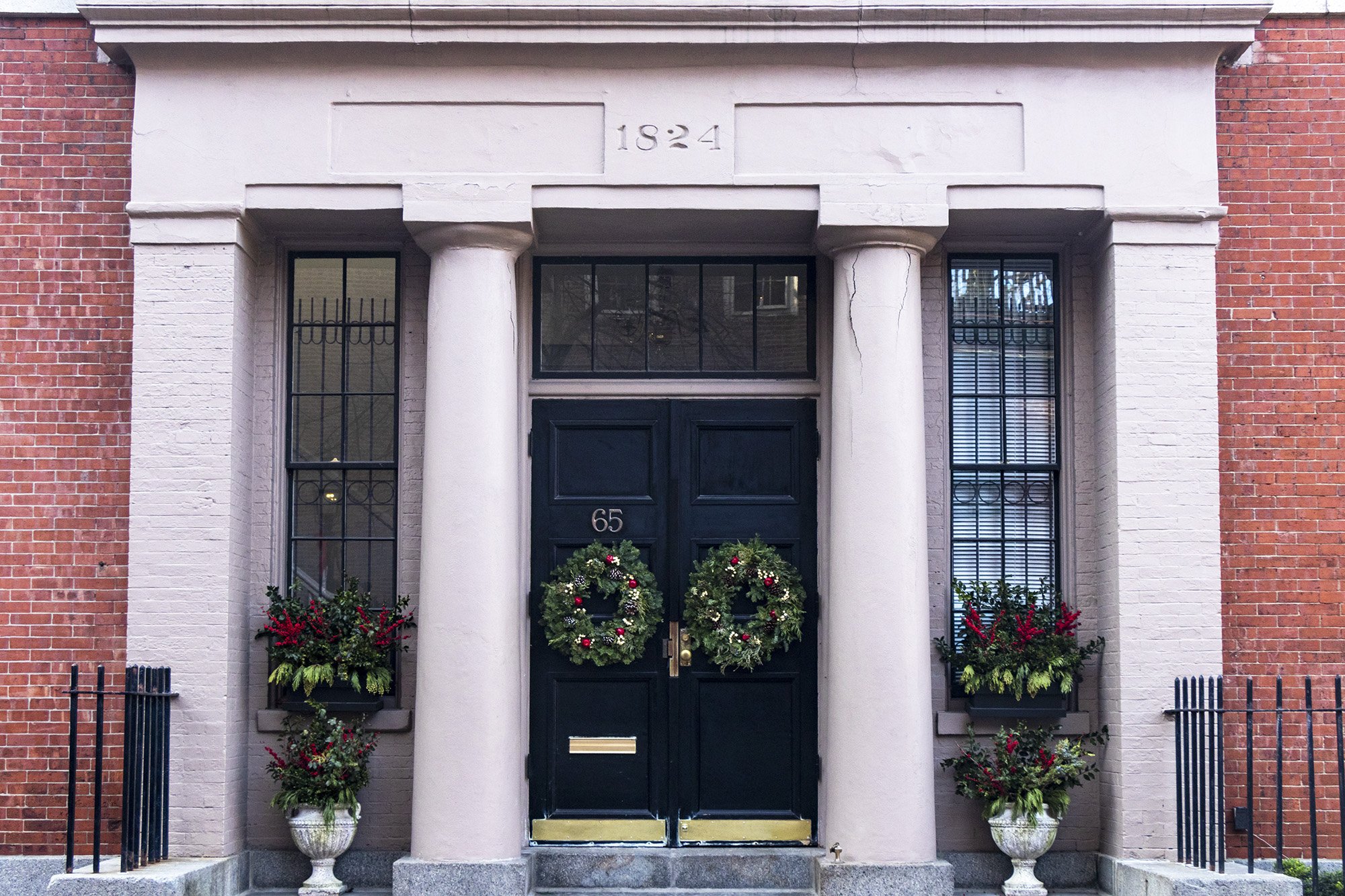 Number 86 Pinckney Street was home to John J. Smith, a leading African American abolitionist, legislator and former barber! Born free in Richmond, Virginia, Smith moved to Boston in the 1840s. His barbershop there became a meeting point for abolitionist movement and Black slaves escaping on the Underground Railroad. During the Civil War, he served as a recruiting officer for the all-Black 5th Cavalry. After that, he became a three-term member of the Massachusetts House of Representatives.

The Third Baptist Church of Boston erected this building in 1807. Before the Civil War era, the church served as centre of important antislavery activity. Moreover, many abolitionist leaders such as Harriet Tubman, Frederick Douglas and William Lloyd Garrison, spoke here. You can find the Charles Street Meeting House on the corner of Mt. Vernon and Charles Street.

During early 19th century however, the church imposed segregated seating. Church member Timothy Gilbert broke the infamous tradition by inviting Black friends to his pew. He was expelled and, as a result, founded the First Free Baptist Church (aka Tremont Temple). This became the first integrated church in the US.

After the Civil War, the First African Methodist Episcopal Church bought the building. It was the largest of Boston’s five Black churches at the time and remained here until 1939. The Charles Street AME Church (as it was thereafter known) carried on promoting political and social activism until then.

Abolitionist leaders Lewis and Harriet Hayden escaped from slavery in Lexington, Kentucky in 1844. After settling in Boston in 1846, Lewis Hayden opened a clothing store and joined the anti-slavery movement. As a result, their home on 66 Phillips Street became an important stop on the Underground Railroad. They took care of fugitive African Americans and it’s even said they threatened slave catchers to blow up the house with two kegs of gunpowder if they entered. 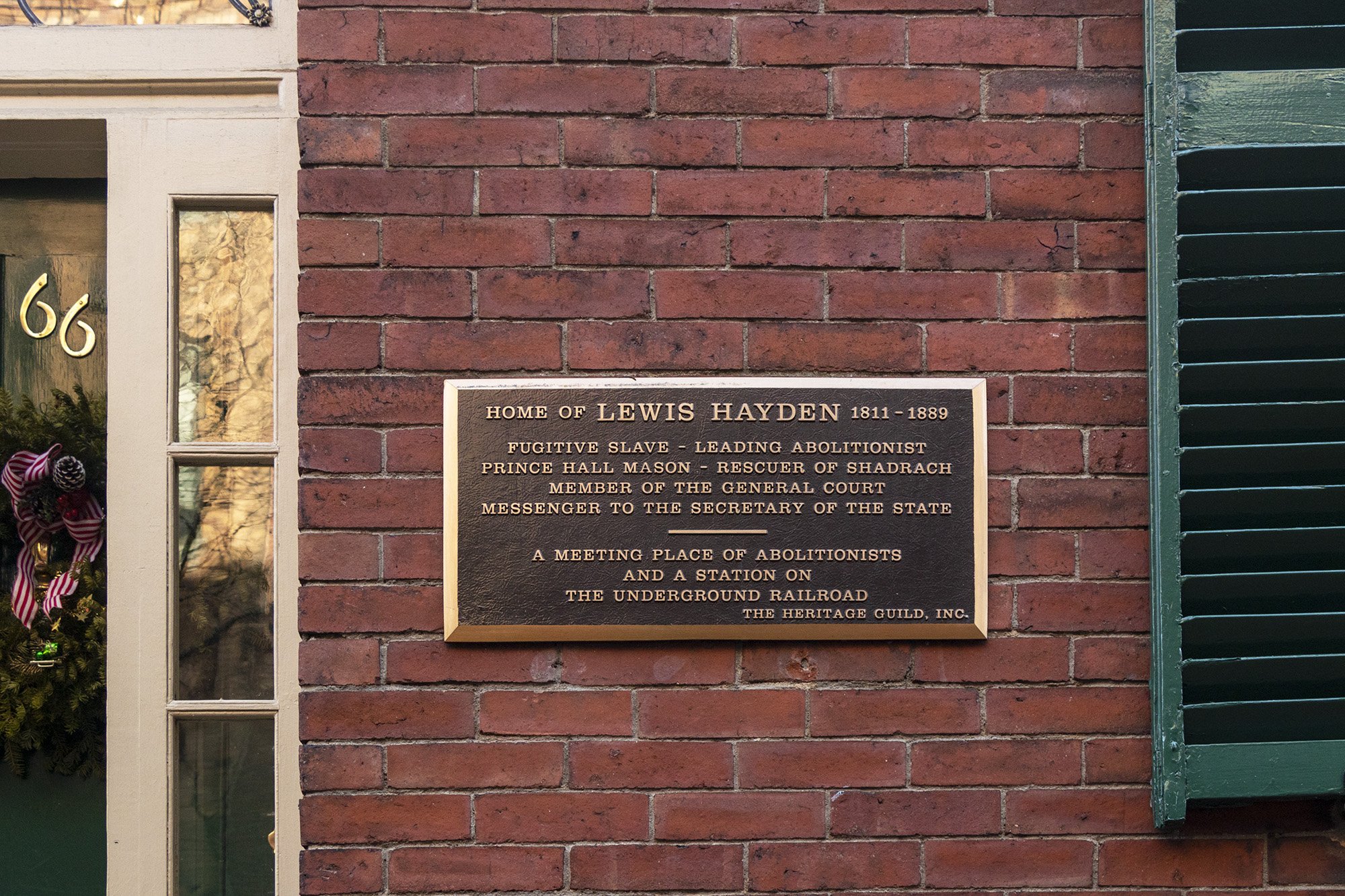 Lewis Hayden was part of the 54th Regiment, the Boston Vigilance Committee (which fought against the Fugitive Slave Act of 1850) and the Massachusetts House of Representatives. Moreover, he was also Grand Master of the Prince Hall Mansions.

Abolitionist clothing retailer John Coburn lived on 2 Phillips Street until his death in 1873. He served as a treasurer of the New England Freedom Association, aiding self-emancipated slaves on the Underground Railroad. Likewise, he was captain and co-founder of the Massasoit Guards, forerunners of the 54th Regiment.

Coburn was one of the wealthiest African Americans in Boston at the time. It’s said he also ran a gaming activities at home. 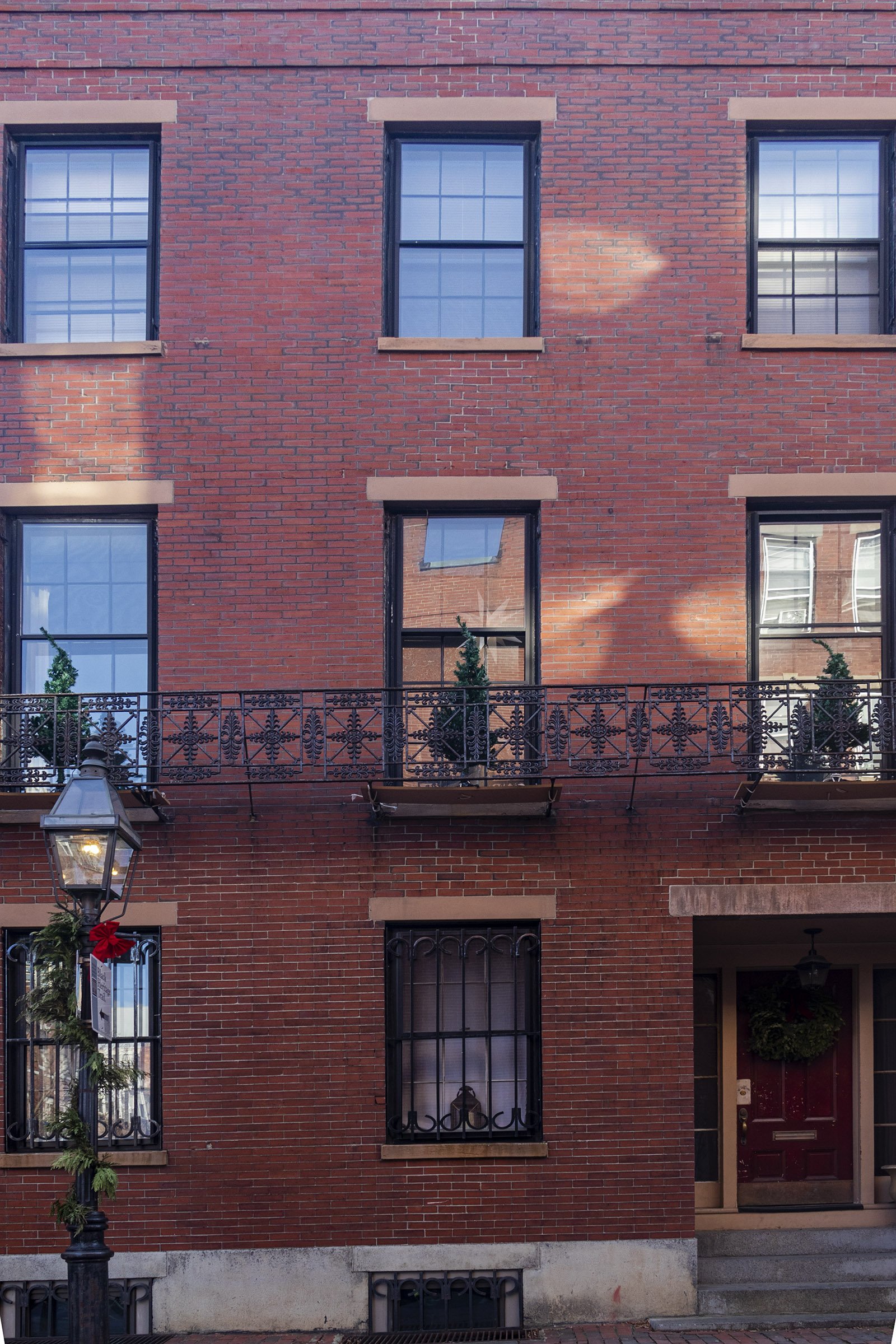 The Smith Court Residences served as important centre for the Black community and abolitionist movement of the 19th century. Here are the most notable residences:

Right next to the African Meeting House, this was home to Joseph E. Scarlett. By the time of his death, he owned 15 properties in Boston, Cambridge and Charleston, which he rented to several individuals and families. In his will, he made bequests to the African Methodist Episcopal Church, Zion Church and the Home for Aged Colored Woman.

This family home used to be rented by African Americans at the time. James Scott lived here for almost 50 years, renting first and later owning the property. He’s known for actively sheltering numerous fugitive slaves. Abolitionist leader William C. Nell was also a tenant for a few years here. A member of the Boston Vigilance Committee, he wrote “Colored Patriots of the American Revolution“. As a result, William C. Nell became the first published Black historian in the US. He also worked for several newspapers including The Liberator and The Frederick Douglass’ Paper. 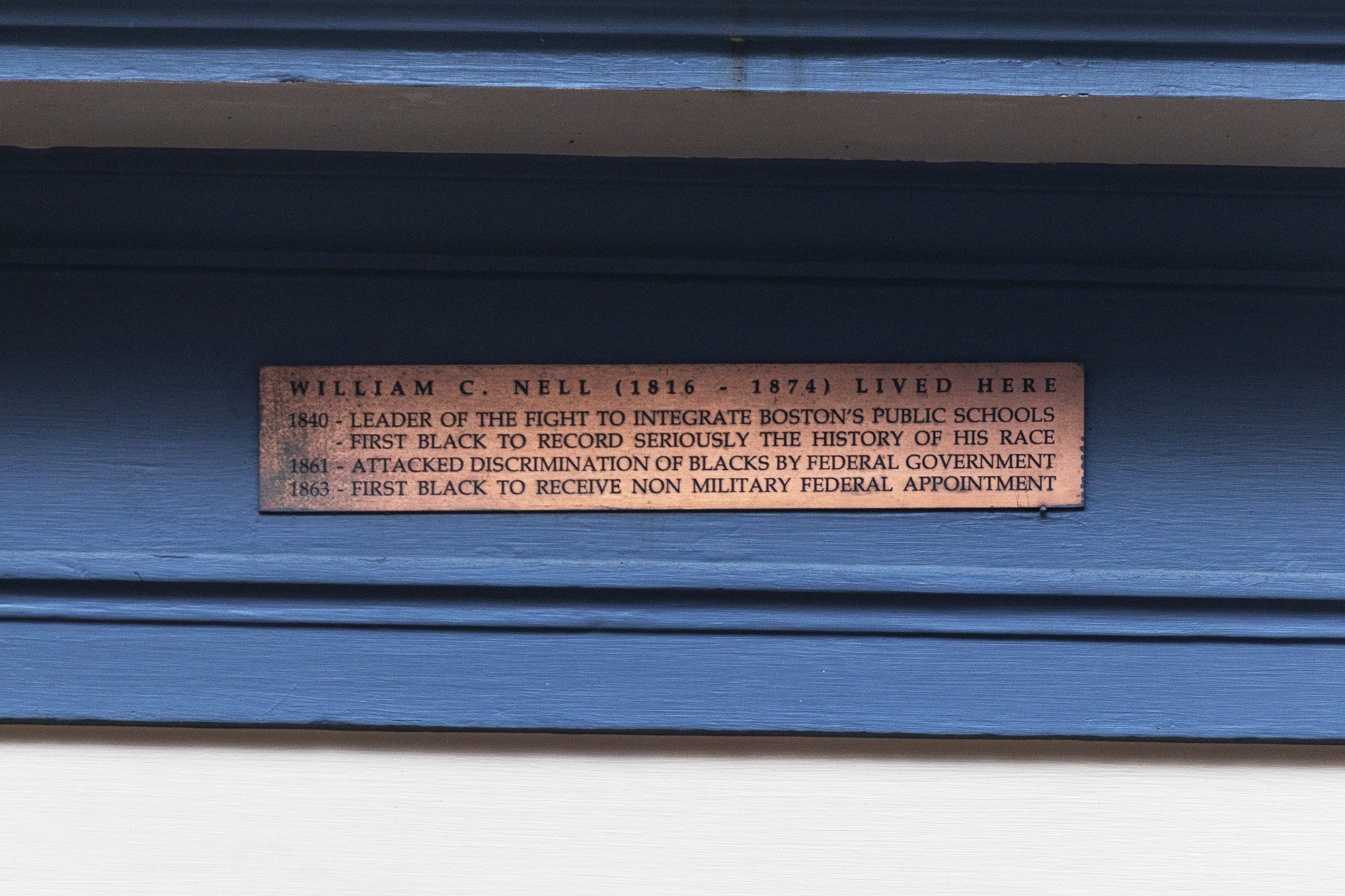 Due to the increase of immigration from Eastern and Southern Europe, houses in Beacon Hill were redeveloped. Consequently, number 4 is one of the cheap-housing options built to accommodate the influx of immigrants in the 20th century.

The Wilcox family lived here between 1813 and 1815. They were among the group who emigrated to Sierra Leone with Black marine Paul Cuffe. Cuffe was heavily involved in the British effort to create a colony there with former slaves. Years later, the property was sold to George Washington, a deacon at the First Independent Baptist Church.

African American Joseph E. Scarlett, who lived across the street on number 2 Smith Court, also owned and rented these properties. 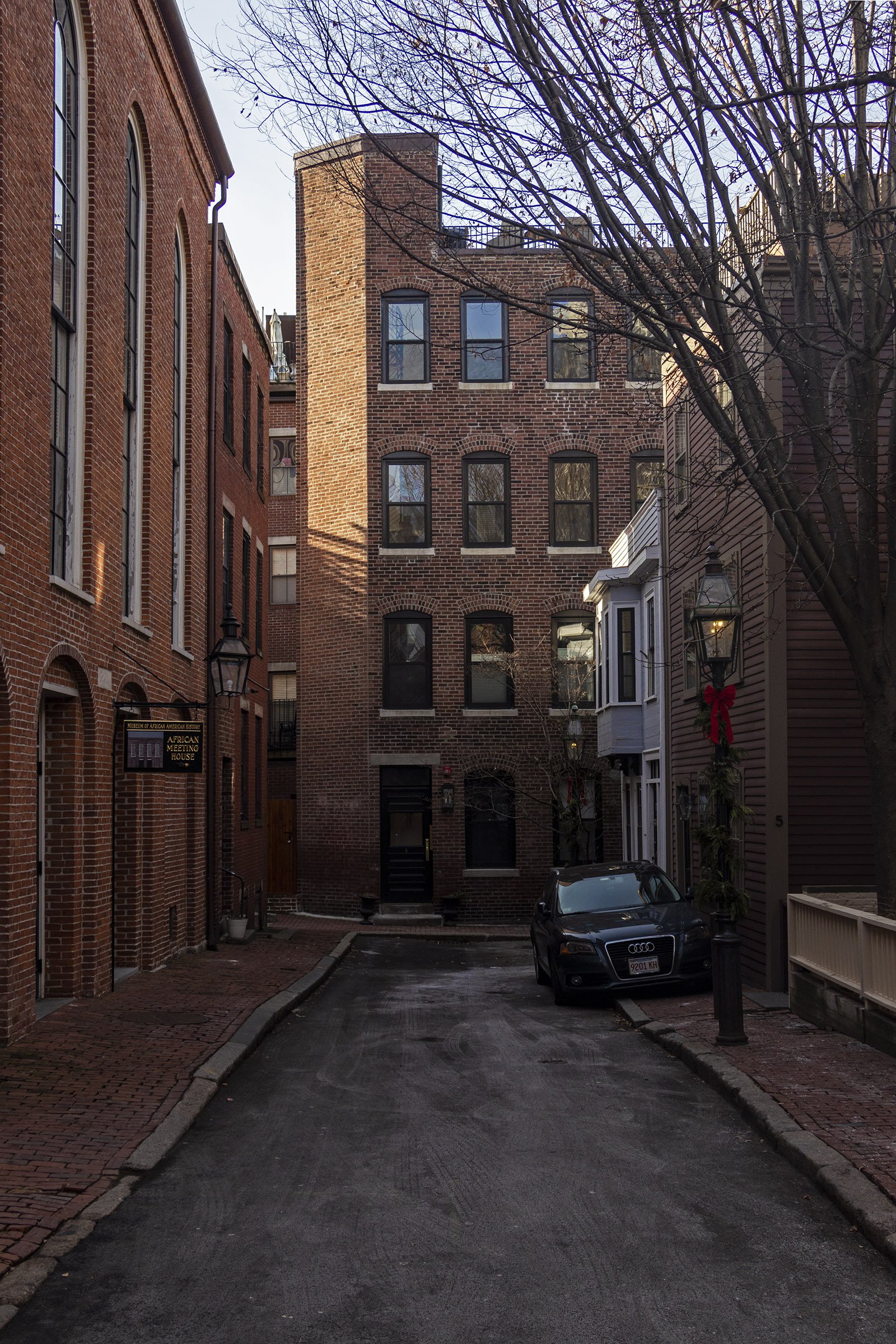 The National Historic Landmark on 46 Joy Street was the first public school for free African American children in 1835. It’s named after Abiel Smith, a white benefactor who destined money for Black education in his will. However, the school conditions remained inferior to white schools – with many fighting for equal rights in education.

Built in 1806, the African Meeting House is the oldest Black building in the US. Originally, it was home to the First African Baptist Church. The African Meeting House later became the focal point of cultural and political activity for the Black community. At this time it served as the recruitment station for the 54th Regiment and many activists spoke here. Before becoming part of the Museum of African American History in 1972, it also served as a synagogue for the Jewish Community.

If you loved our guide to the Black Heritage Trail in Boston, please leave us a comment, pin some photos and show us some love on social media using the buttons below.

Best brunches in Hackney to get your brunch fix