After some incredible days exploring Lisbon and Cascais, the beautiful city of Coimbra was the next big stop on our trip around Portugal. Located halfway between the Portuguese capital and Porto, our final destination, Coimbra seemed like the perfect location for the quick stopover we were looking for.

With backpacks full of pasteis de nata, we hopped on the first train from Lisbon to Coimbra. The former capital of Portugal from 1139 to 1250 is famous for its notable University and historical library. It was now ours for just over 24h. Here’s what to see in Coimbra in a day. 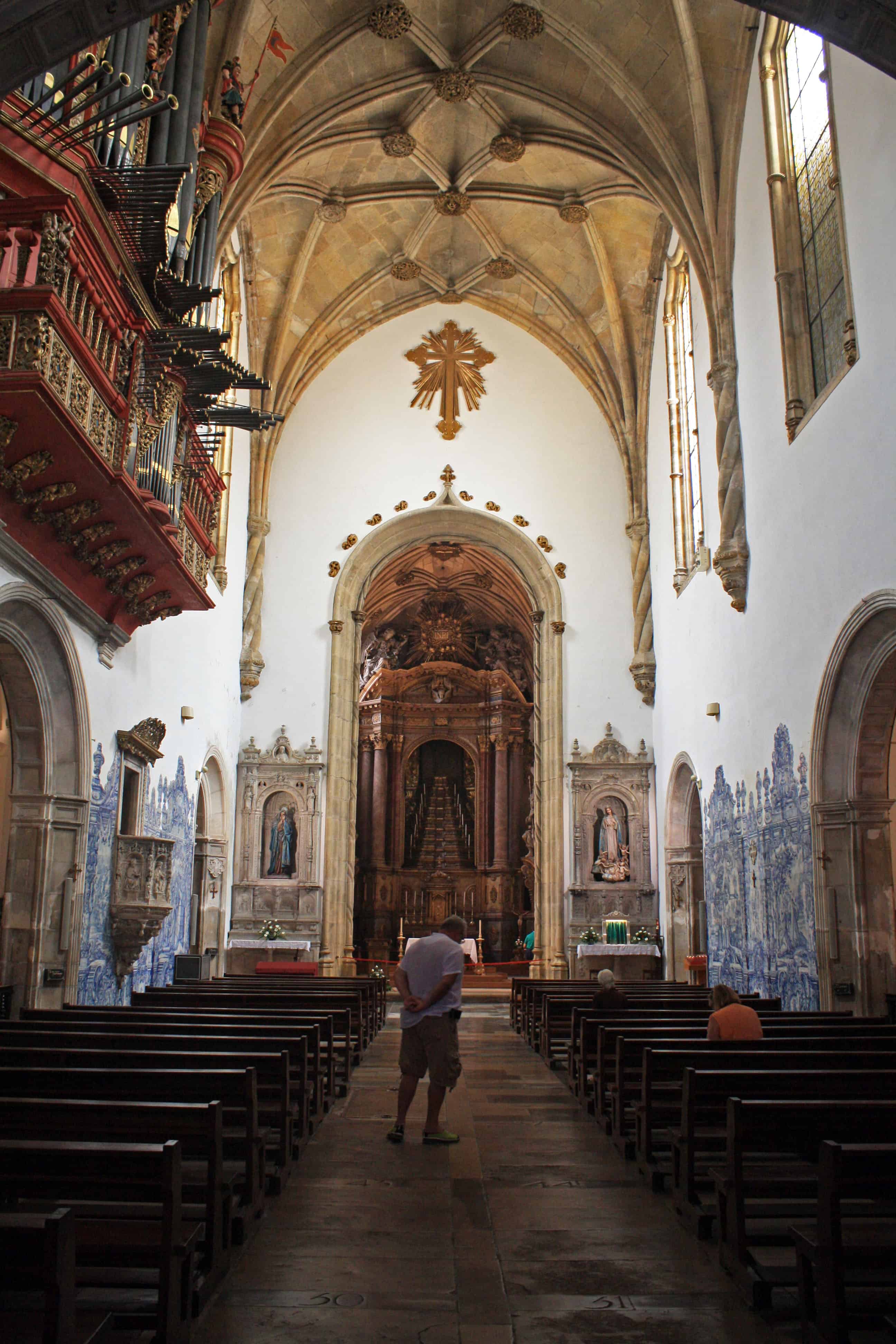 With the purpose of uncovering as much of the city’s hidden gems as possible, we started our day walking down Rua Visconde da Luz, Coimbra’s main pedestrian and shopping street. We soon realised that Lisbon’s uneven layout, with cobbled streets and hilly alleys, seemed to be transported north to this city. The old charming stone architecture has survived throughout the years, as if untouched by time. Although mixed with more modern contemporary buildings around it, there’s no doubt the old builds are the true essence of the iconic University City.

A clear example is the splendid Igreja de Santa Cruz (Santa Cruz Church). You can find it by Praça 8 de Maio, at one end of Rua Visconde da Luz. The high vaulted ceilings and impressive stone columns create a peaceful environment with excellent acoustics. The same pattern is present in the two cathedrals of Coimbra (Sé Velha and Sé Nova).

Next to Igreja de Santa Cruz is Café Santa Cruz, an emblematic and perhaps the most famous coffeehouse in Coimbra. Opened on May 8th 1923, it displays a medieval style interior with stone arches, marble table tops and leather chairs. It was formerly the meeting point of choice for intellectuals and students from the University of Coimbra. It now welcomes locals and tourists from all over the world regularly throughout the day. 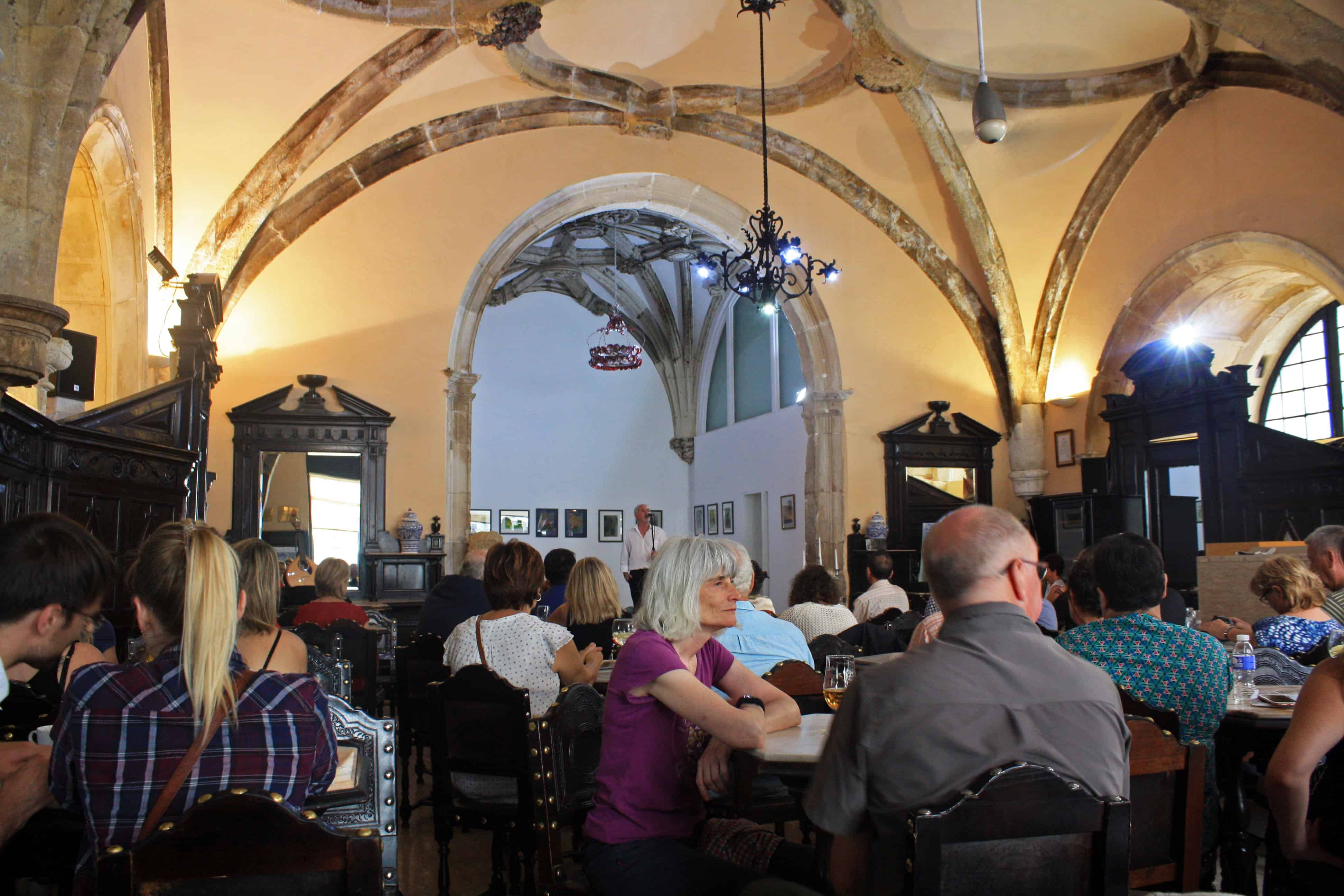 This is also the best place to enjoy Coimbra Fado concerts and poetry readings. Coimbra Fado is slightly different to other types of Fado as it’s only sung by men. They usually dress in the cap and gown style of students, who used to sing their goodbyes when graduating from the University of Coimbra. 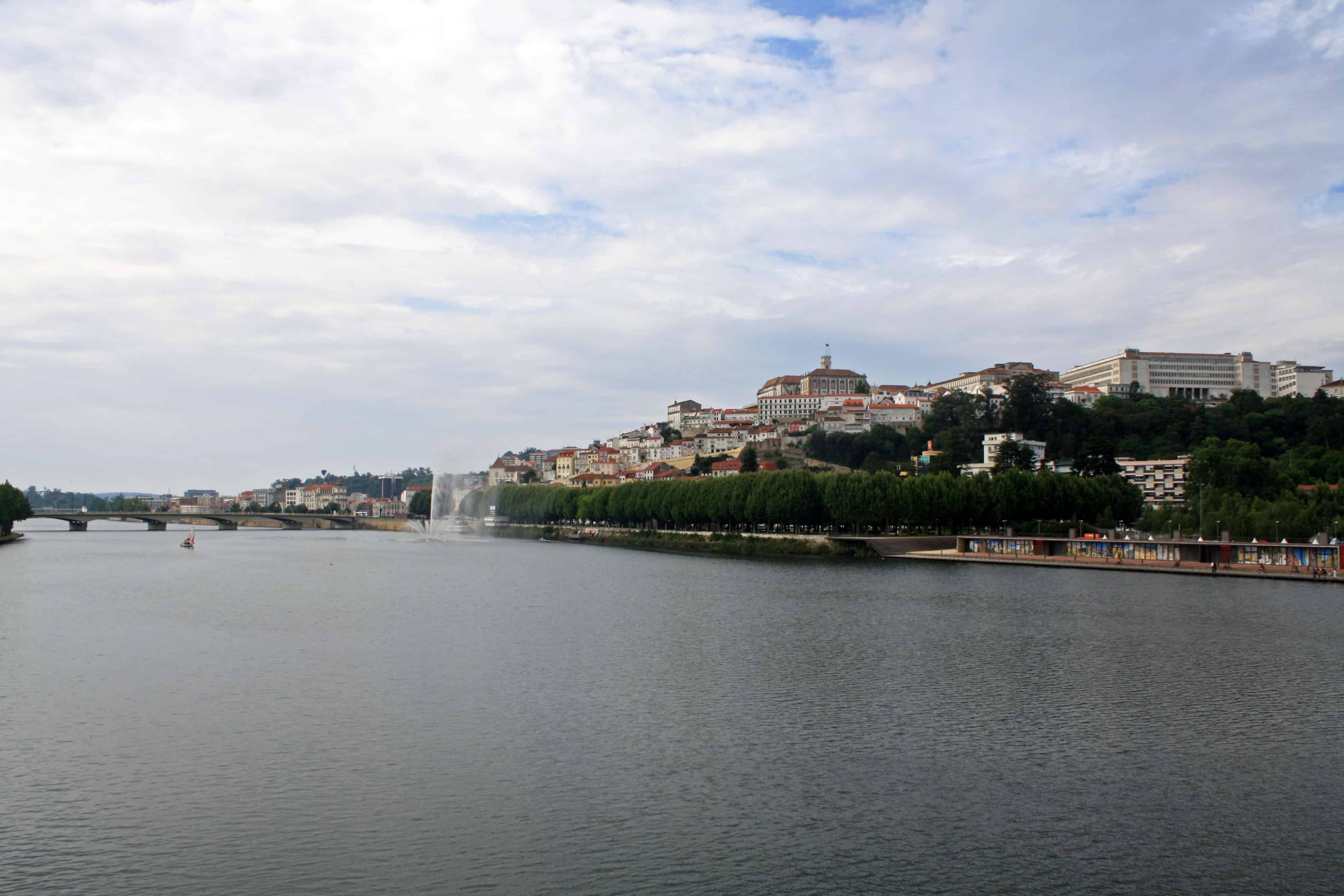 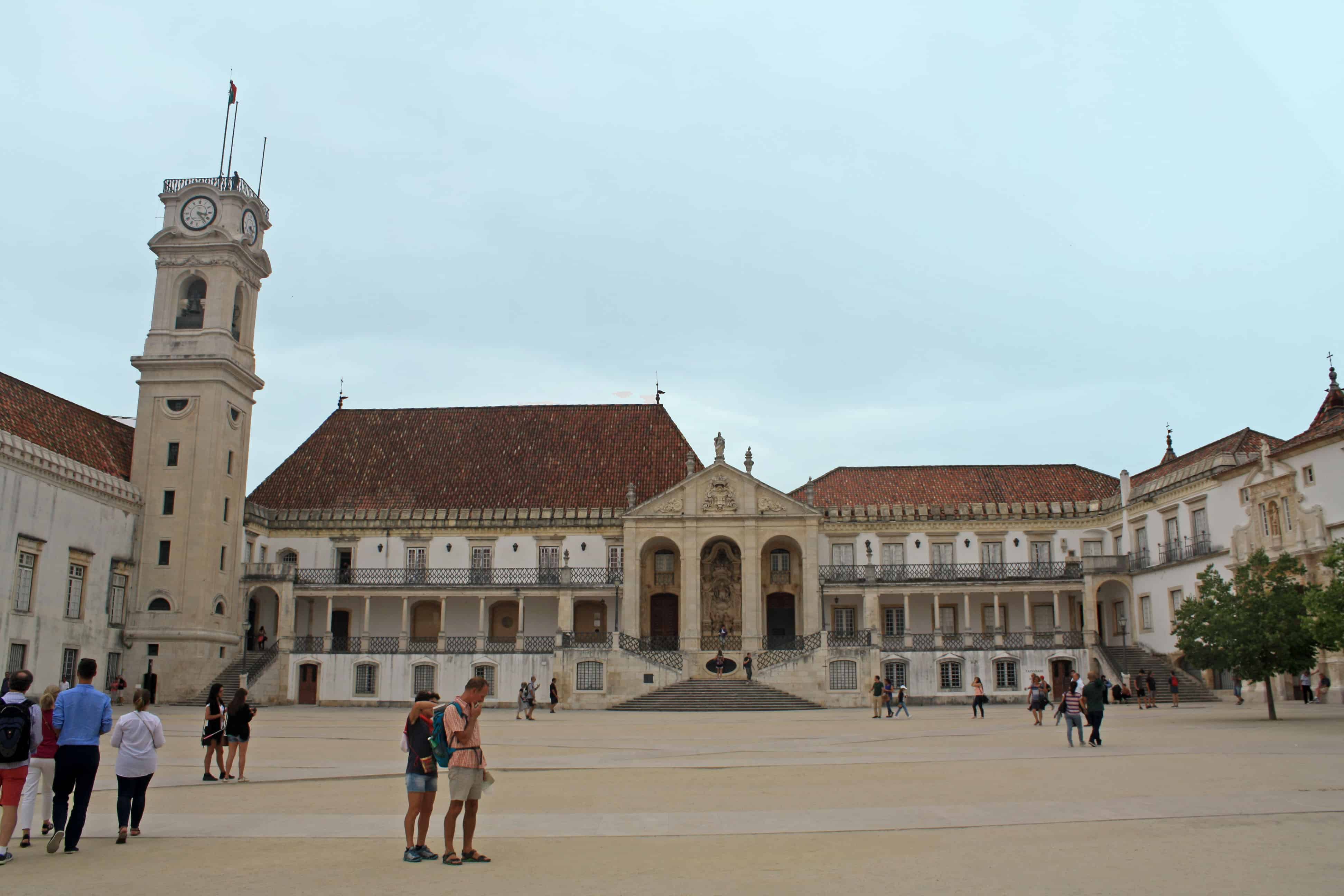 A national symbol and a pioneer of cultural splendour, it was declared a UNESCO World Heritage Site in 2012. With stunning views overlooking the Mondego River, the main building is set around an open courtyard dominated by the emblematic University Tower and the statue of King João III.

Inside the University, the Biblioteca Joanina protects a range of book collections from the 16th, 17th and 18th centuries – its grandeur is unlike anywhere else I have ever seen, a true symbol of magnificence! The remaining structure of the last existent medieval prison in Portugal, which goes back to the former use of the building as a Royal Palace and Academic Prison, is located under the Baroque Library. 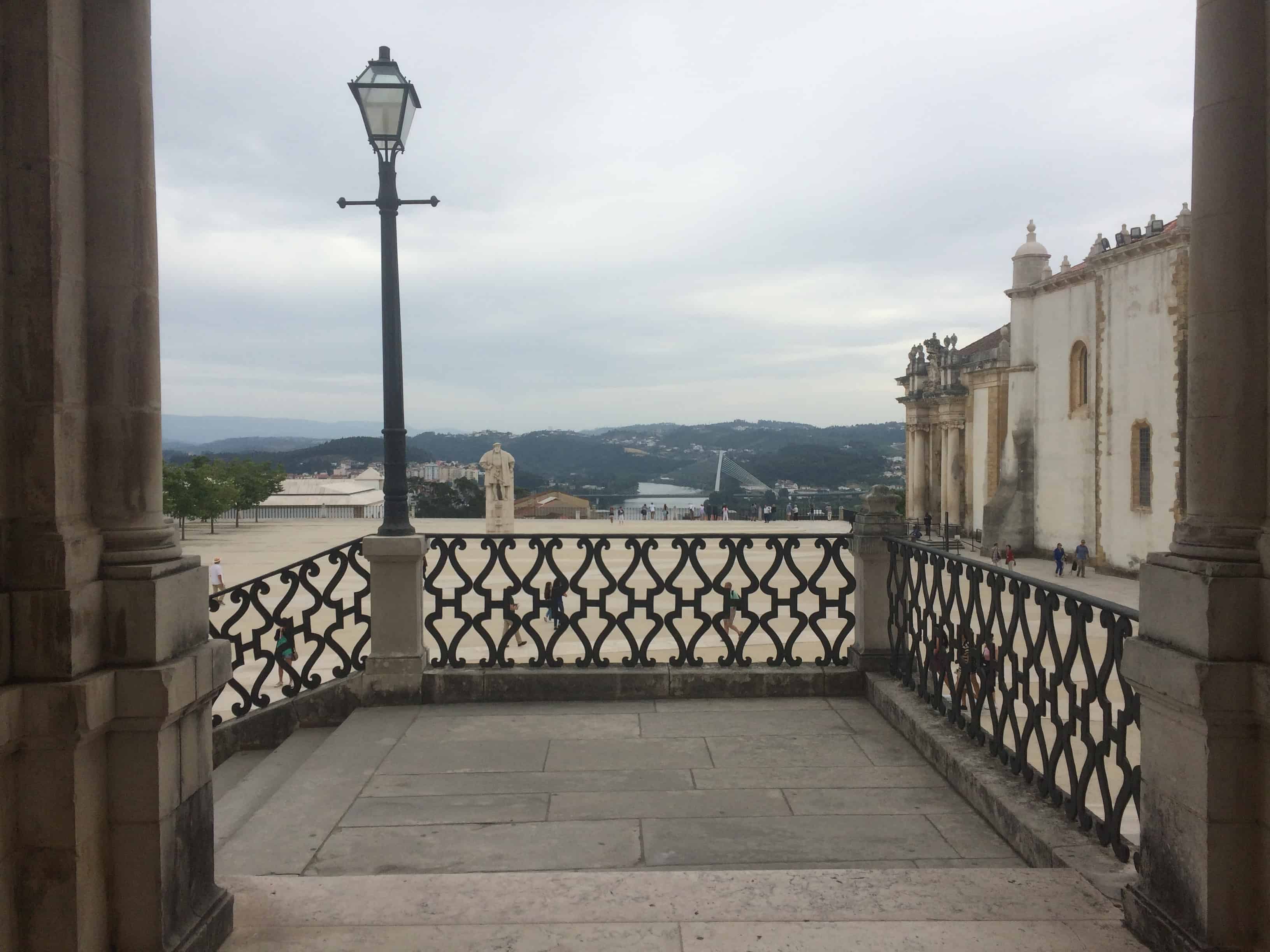 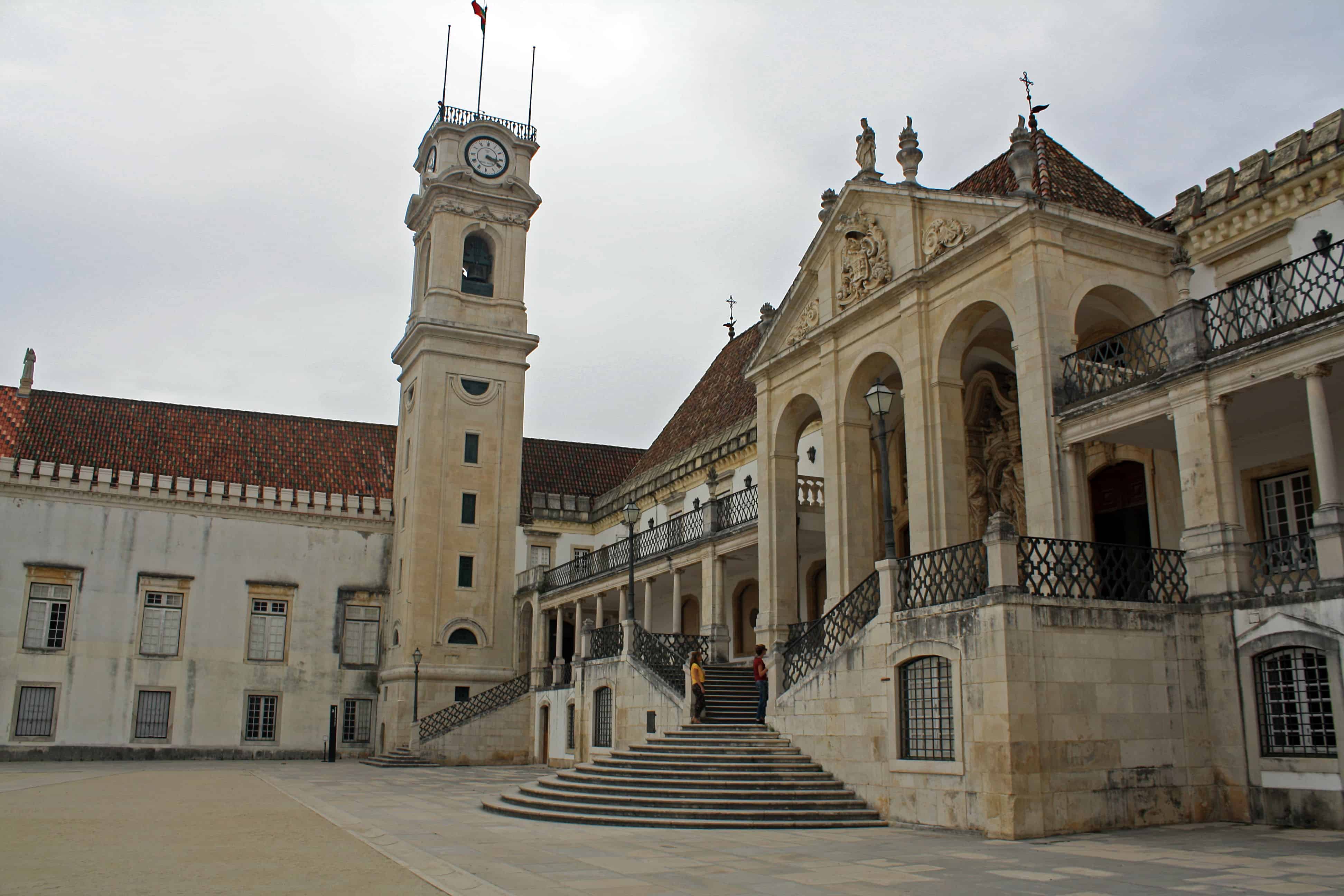 Our next stop was the Aqueduto de São Sebastião, a reconstruction of the former Roman aquaduct that was carried out under the reign of King Sebastião, in the 16th century. A National Monument since 1910, it’s 1 km long and has 21 “Garden Arches”. Close by, the statue of John Paul II commemorates the Pope’s visit to Coimbra on 15th May 1982. Funnily enough, he travelled through Portugal from Lisbon, to Coimbra and Porto, just like us! 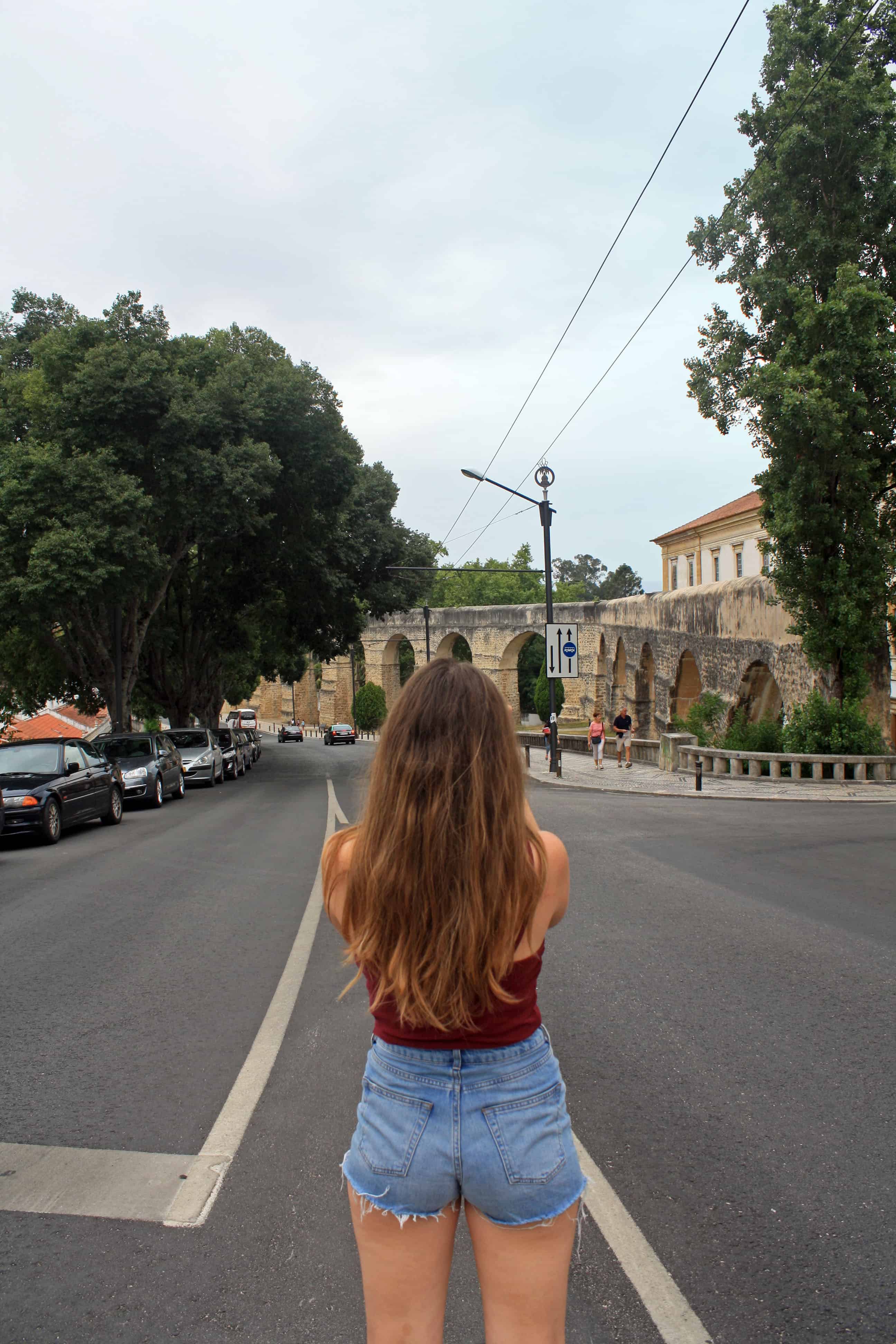 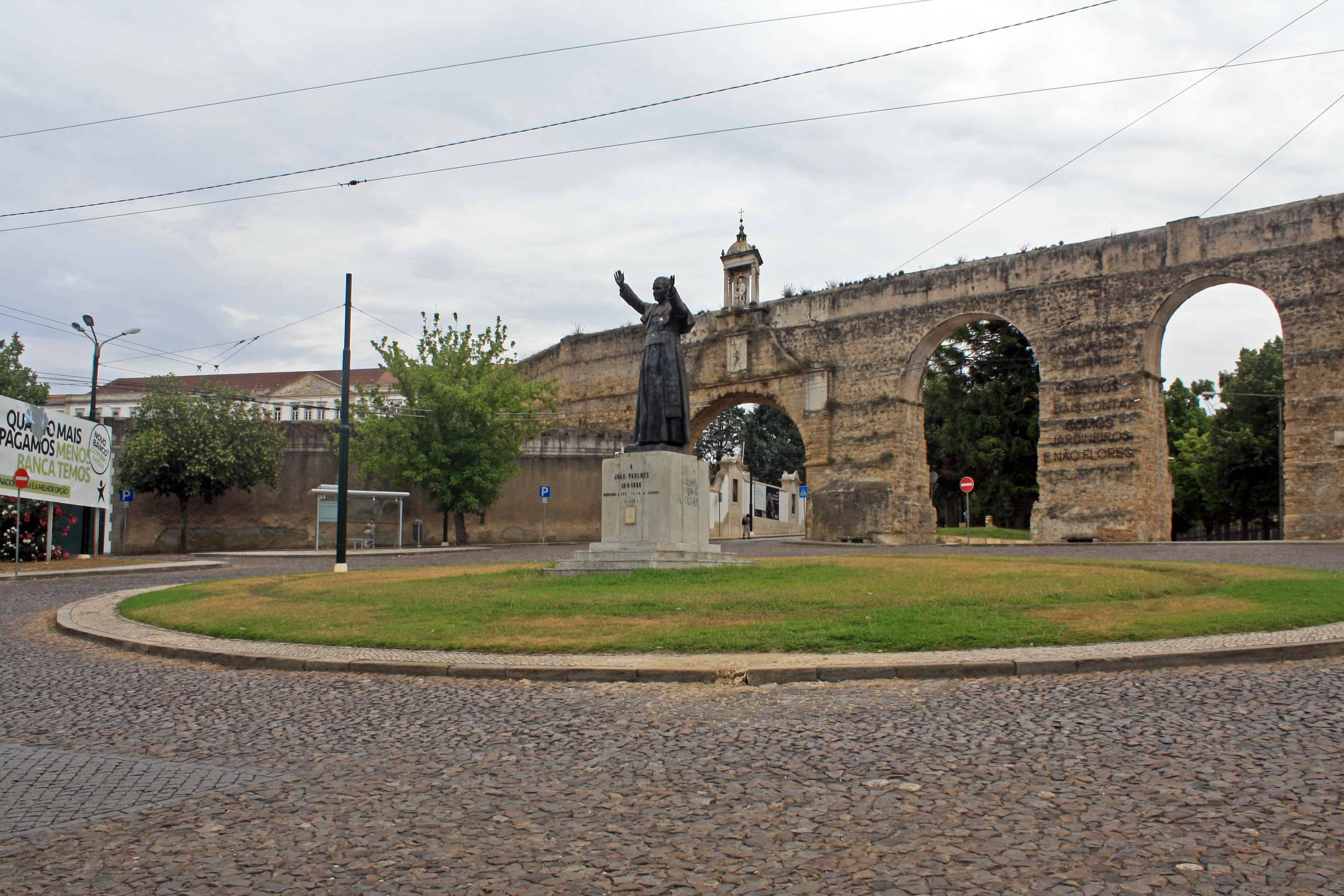 6. Botanical Garden of the University of Coimbra

The Aqueduct of São Sebastião runs parallel to the beautiful Botanical Garden of the University of Coimbra. It’s safe to say we love visiting gardens (just check out our posts on Sky Garden and Barbican Conservatory to find out how much) and the lovely Jardim Botânico de Coimbra did not disappoint! With a free entrance (bonus!), its 13 hectares collect a variety of medicinal and exotic plants that were used for the study of medicine and natural history at the University of Coimbra. 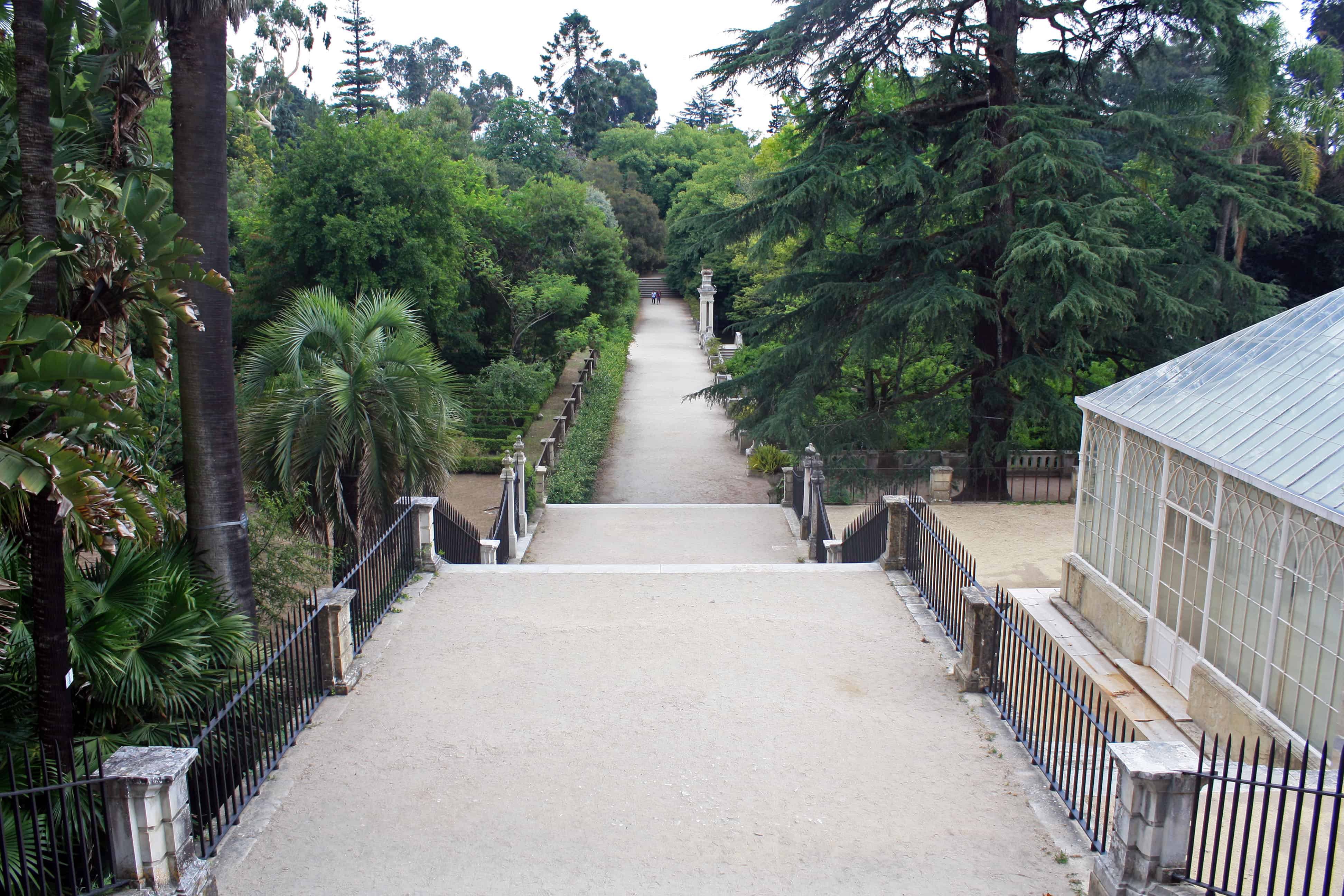 7. Where to eat and drink in Coimbra

Apart from Café Santa Cruz, here are a couple of places we also loved:

Top tip: you don’t need the cheese board AND extra cheese…there’s more than enough on the board already! 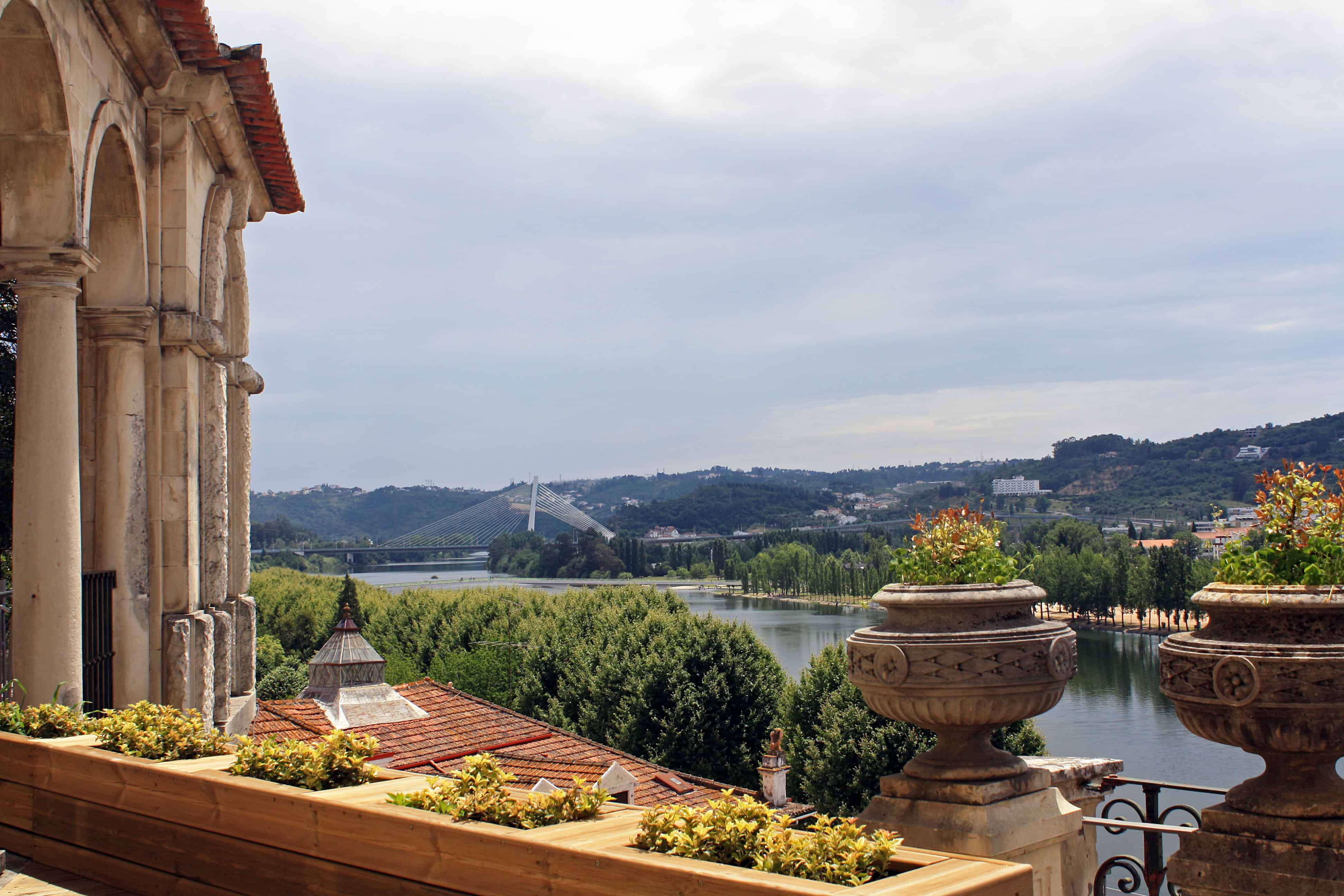 I am really excited to plan another trip around Portugal soon! There is still so much to see and this beautiful country never ceases to surprise me. Have you ever been to Coimbra? If you really loved our post please leave us a comment and show us some love on social media using the buttons below 🙂