If you’re planning a trip to Prague, you’re in the right place. I’d heard loads of beautiful things about the Czech capital from both locals and tourists and it’s safe to say I was really looking forward to visiting! Now, after spending five marvellous days in the “The City of a Hundred Spires” (there are a lot a viewpoints all over the place!), I can truly say Prague has become one of my favourite cities in the world. What’s not to like? Prague is a museum in itself. It’s medieval, charming and full of history around every corner (most of it is a UNESCO World Heritage site). Plus, if you love coffee and/or beer, this is your place to be! And don’t even get me started on the amazing food. Absolutely delicious.

So of course, how could I possibly go to Prague and not include my favourite parts and recommendations for you all? Here are my top tips on things you must do in Prague. 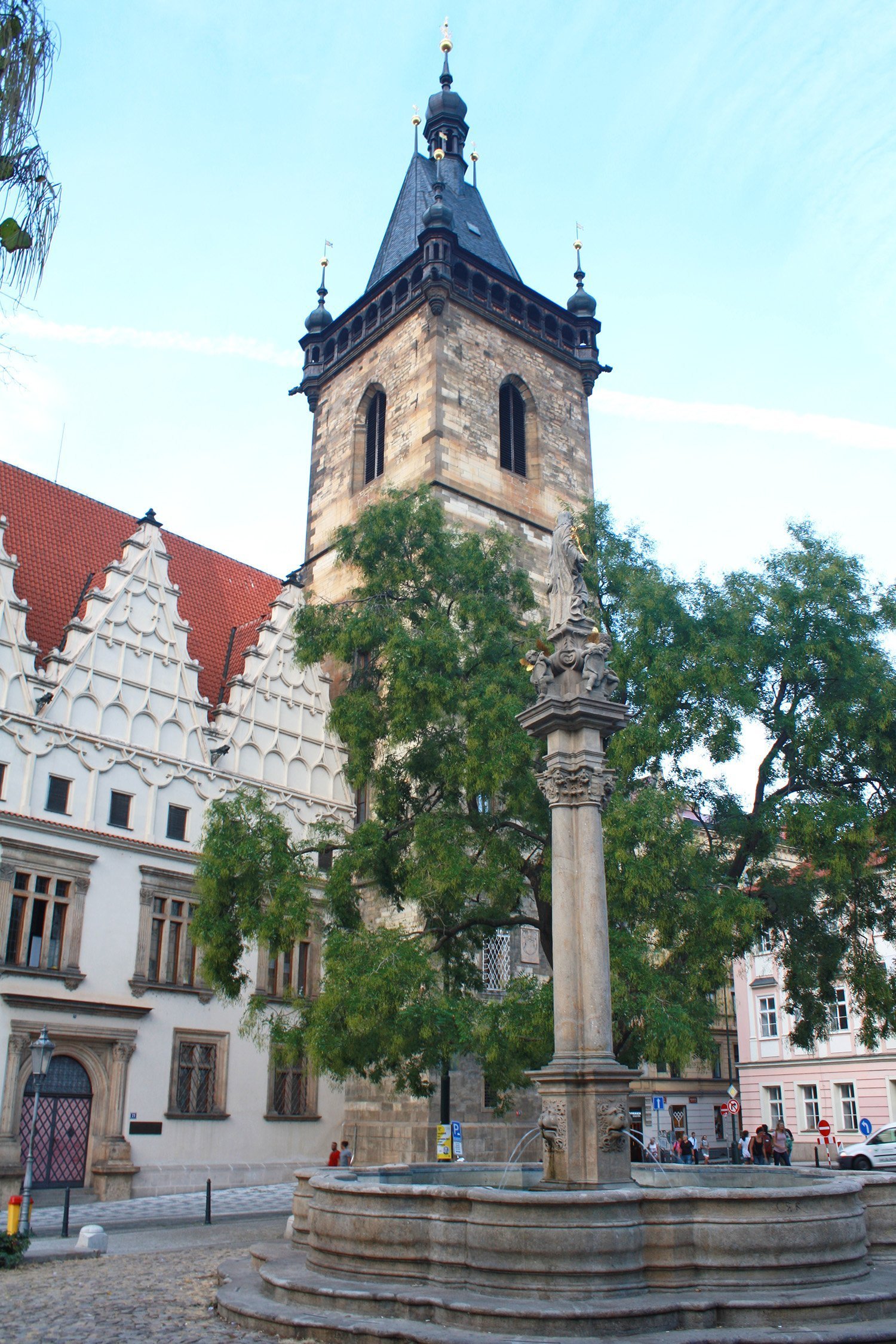 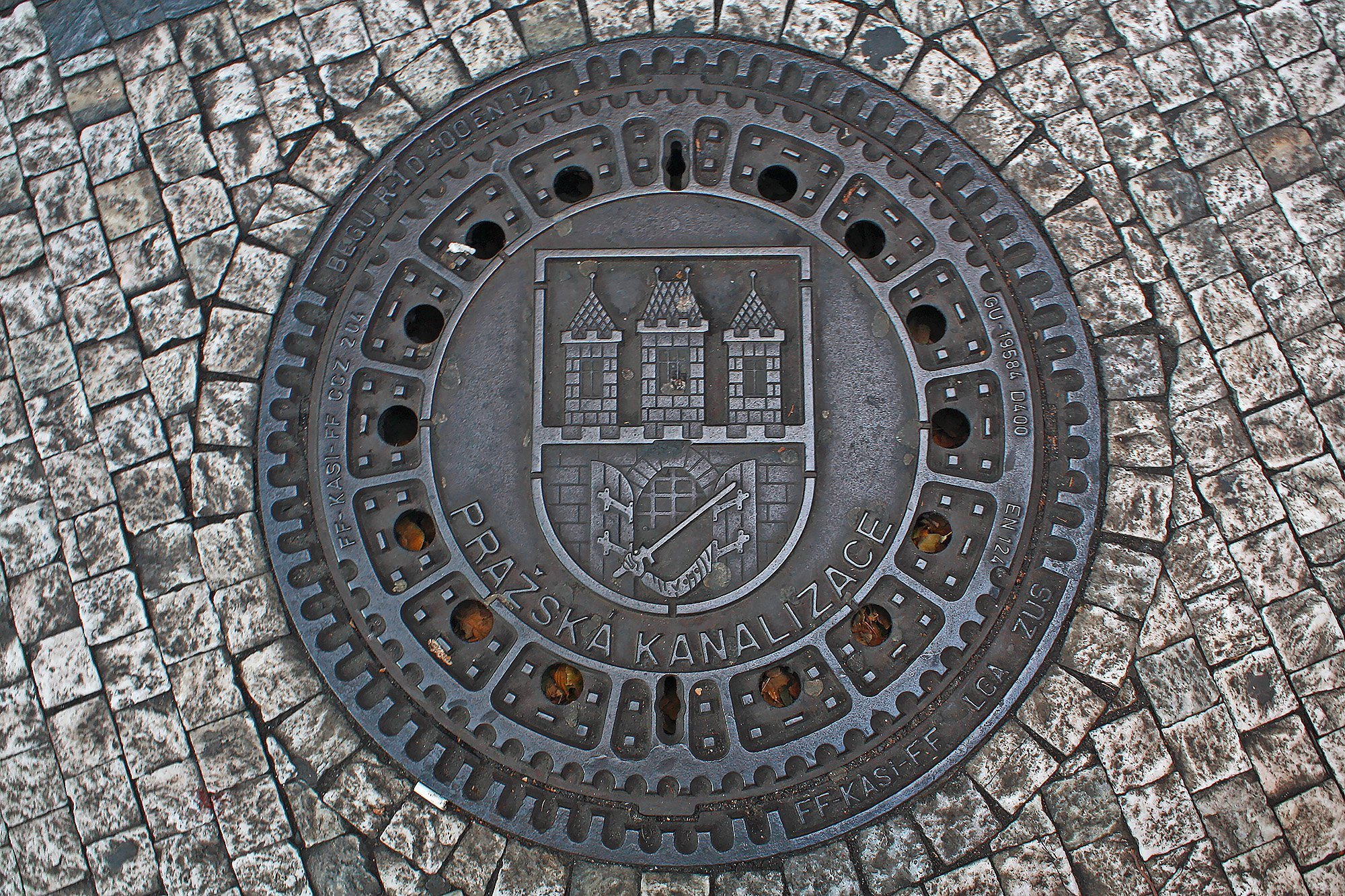 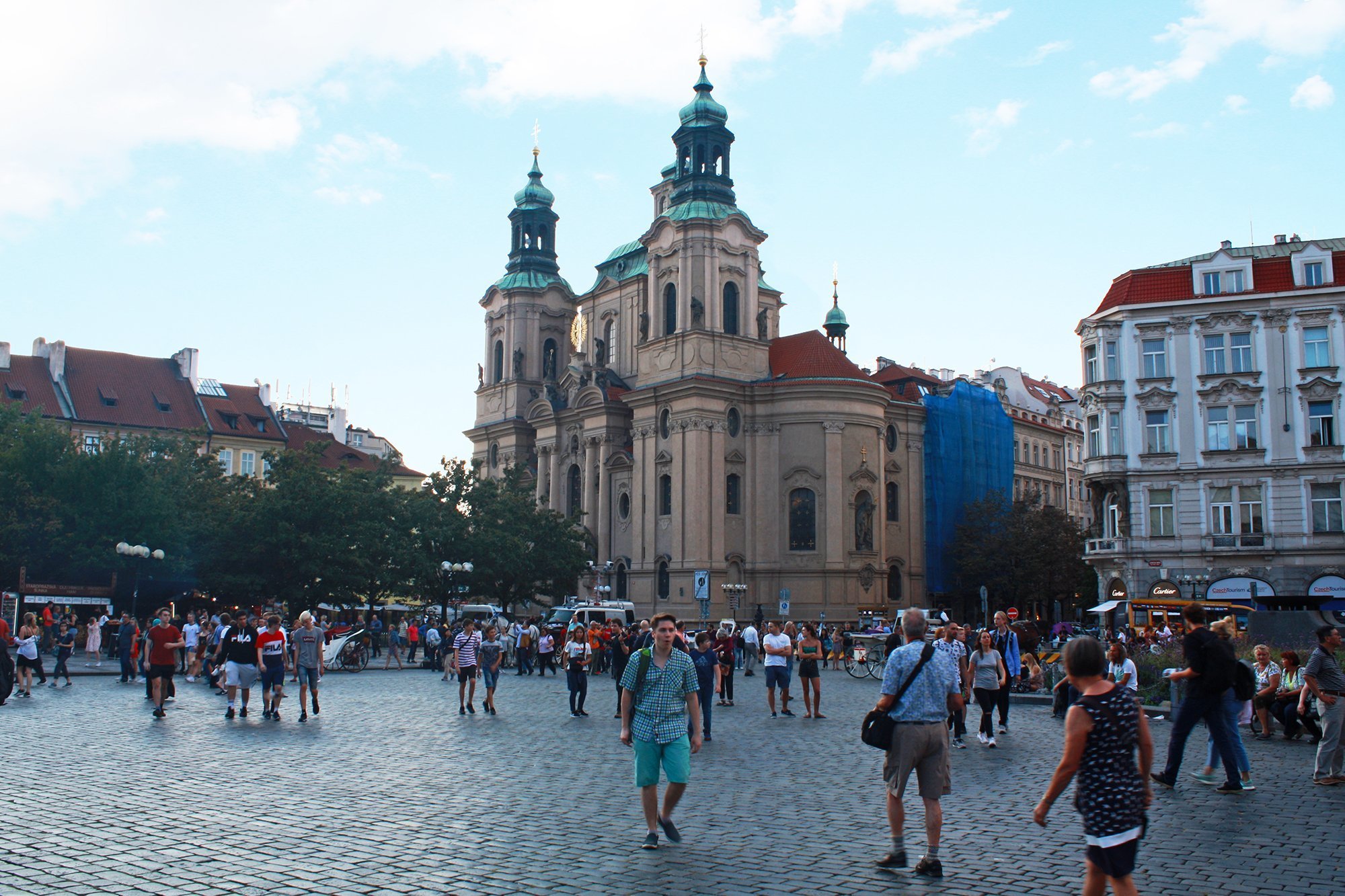 Prague’s Old Town (Staré Město) is the most touristic area of the Czech capital. Think cobbled streets, picturesque alleys and impressive gothic and high baroque architecture. Old Town Square (Staroměstské Náměstí) is home to outstanding monuments and has been Prague’s main public square since the 10th century. It was even a marketplace until the early 20th century, woah! Here’s what not to miss: 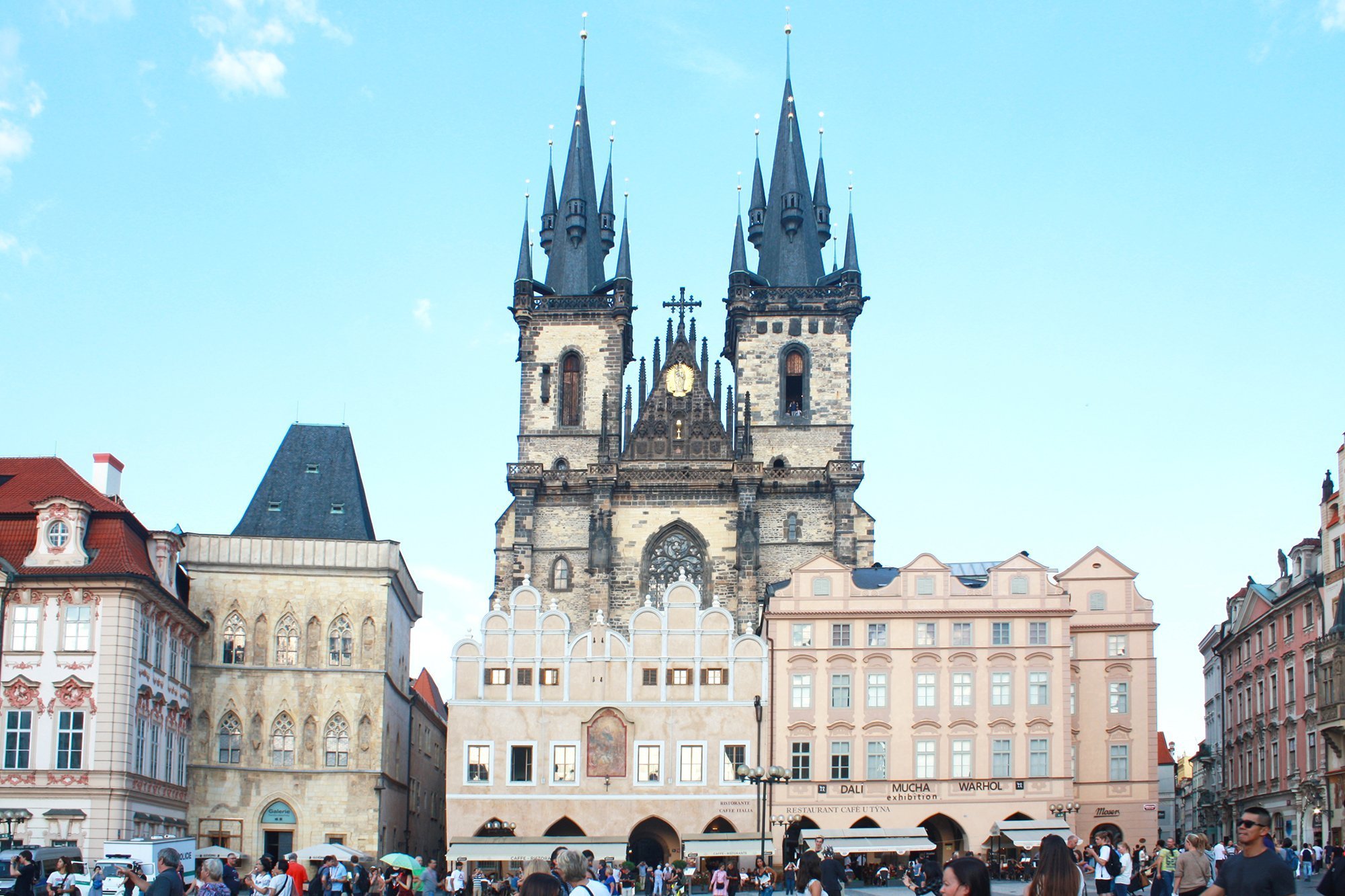 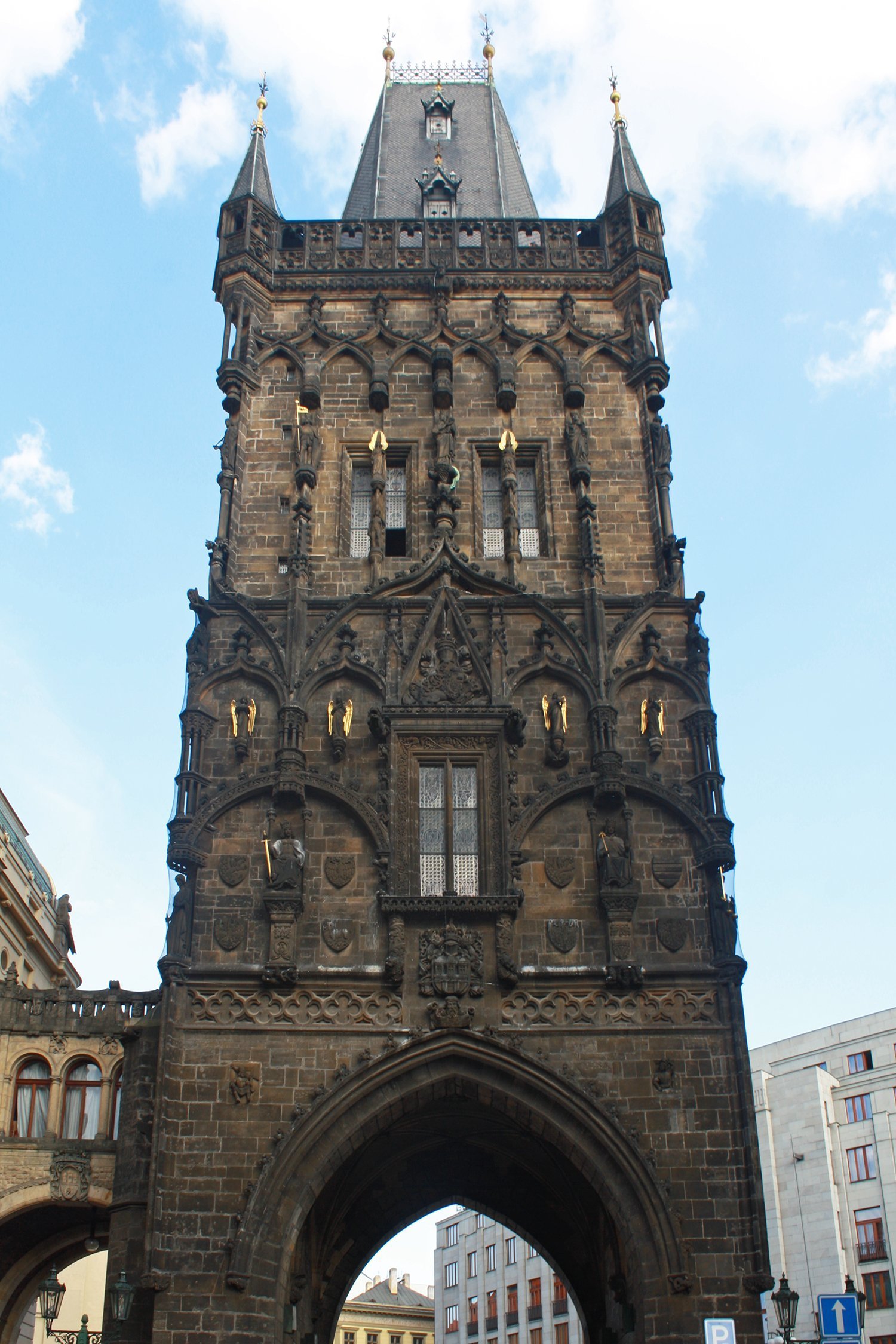 Don’t miss the clock parade that takes place every hour between 9am-11pm. For 45 secs, the 12 apostles appear above the clock, while the wooden statues on the sides also set in motion. 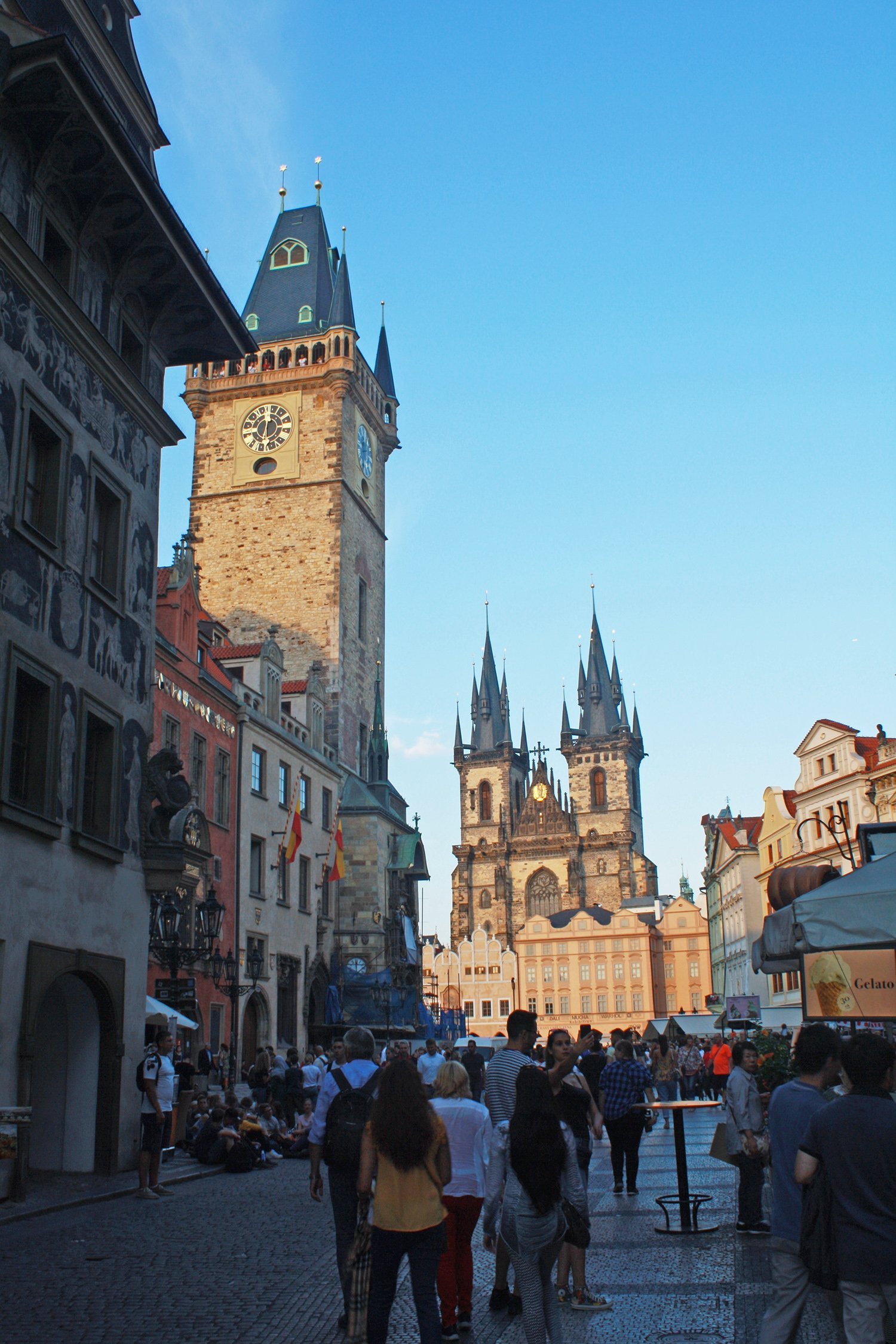 Top tip: Looking for the best views of the Old Town Square? Go up the Old Town Hall Tower, which at almost 70 m high will also offer 360 degree views of Prague and the Astronomical Clock! Plus it has a very cool lift that takes you up to the top! 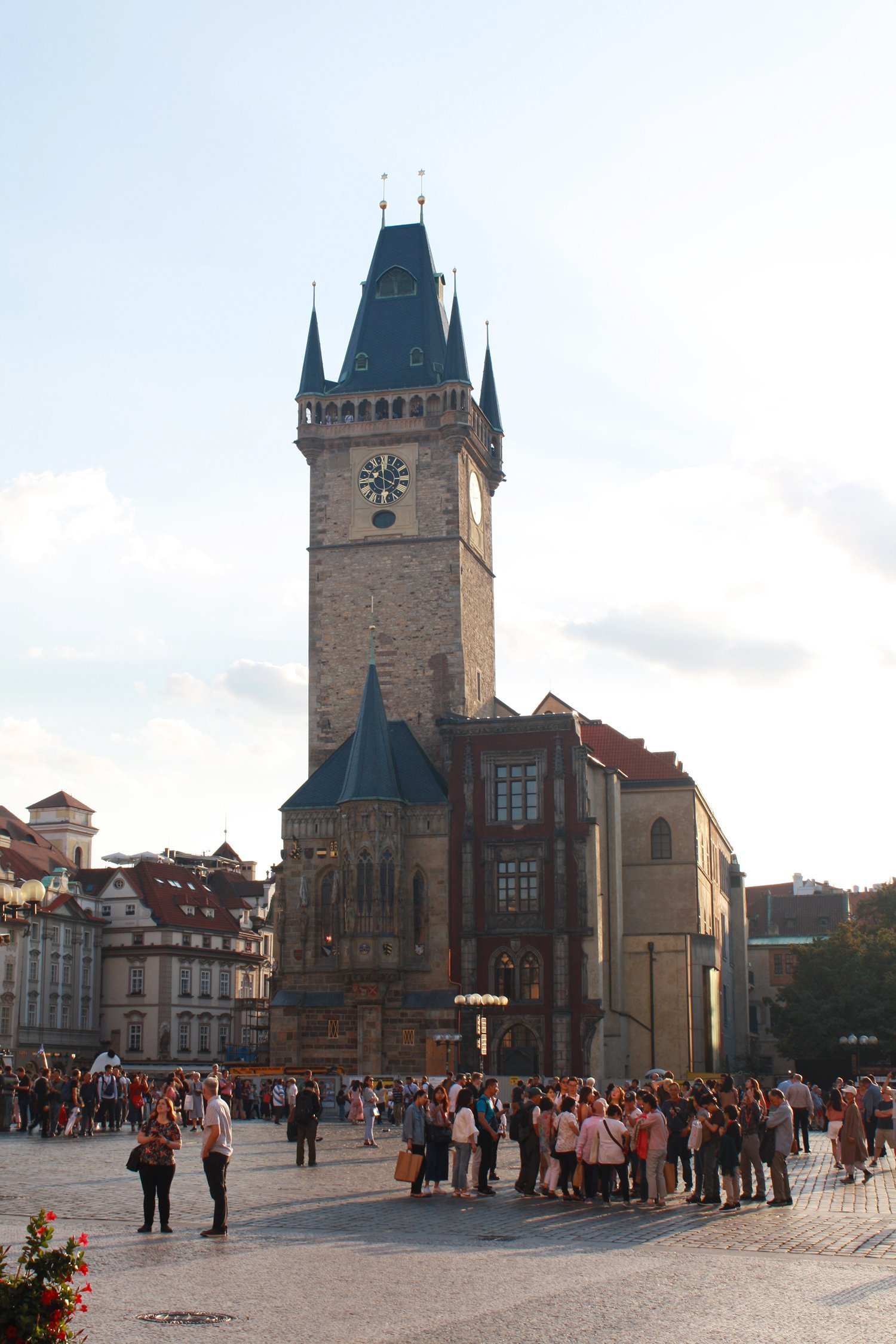 Charles Bridge is the most emblematic sight in Prague and a meeting point for both locals and tourists. Built in 1367 by order of King Charles IV, it’s the second oldest preserved bridge in the Czech Republic. At 515.8 m long and 9.5 m wide, it crosses the Vltava to connect Staré Mesto and Malá Strana (the Lesser Quarter, with the spectacular Prague Castle on top). A tower stands on each side – the Old Town Bridge Tower and the Lesser Town Bridge Towers. One of them is the surviving Judith’s Tower, part of the previous bridge on the site.

Charles Bridge was designed by Petr Parléř (who was also the mastermind behind the St. Vitus Cathedral) and was initially known as Stone Bridge or Prague Bridge, only to be named after the monarch in 1870. An important part of Charles Bridge are, of course, the 30 Baroque statues that stand on both sides. All of these, however, are copies of the original ones which are currently in the National Museum. 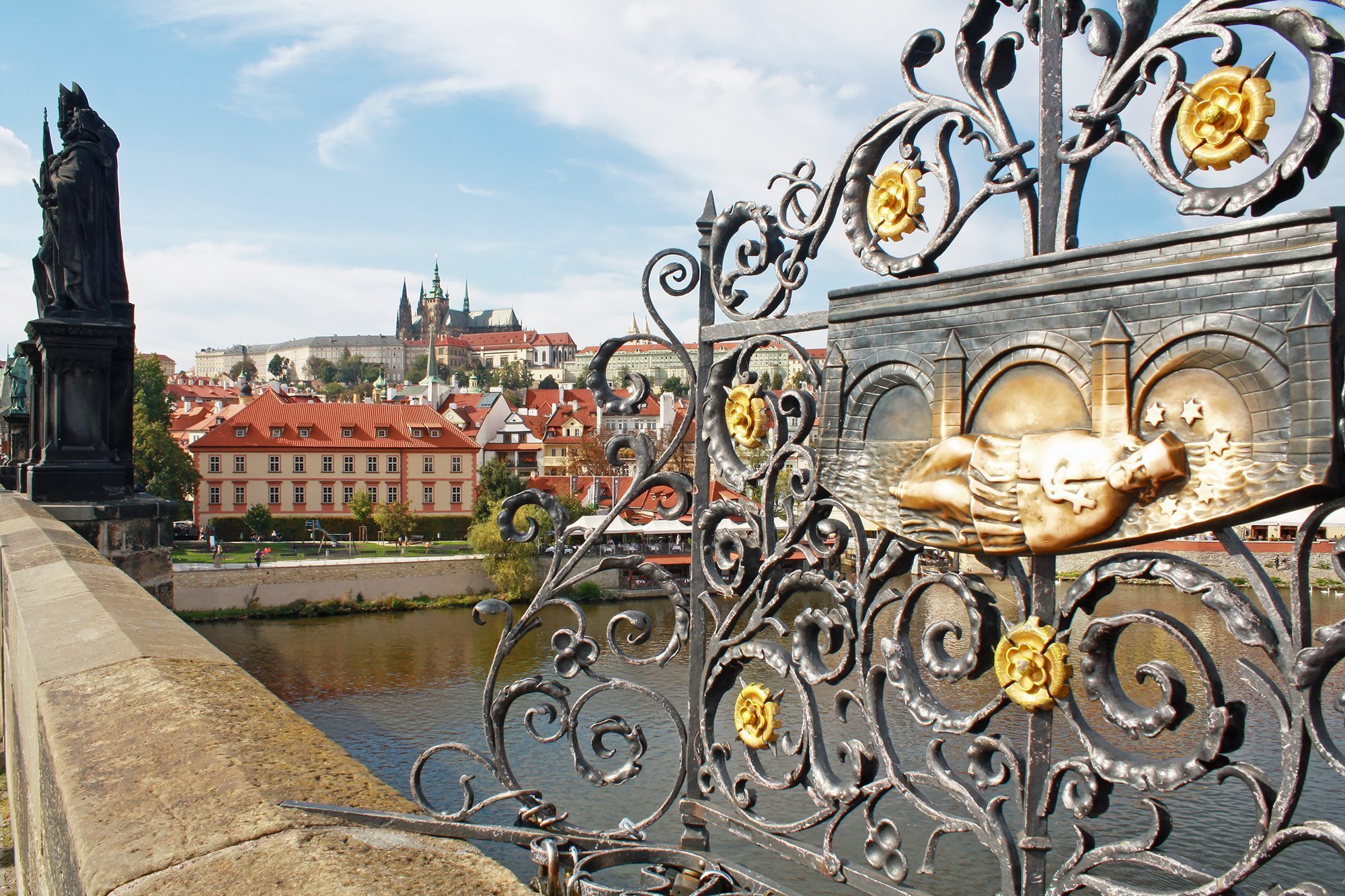 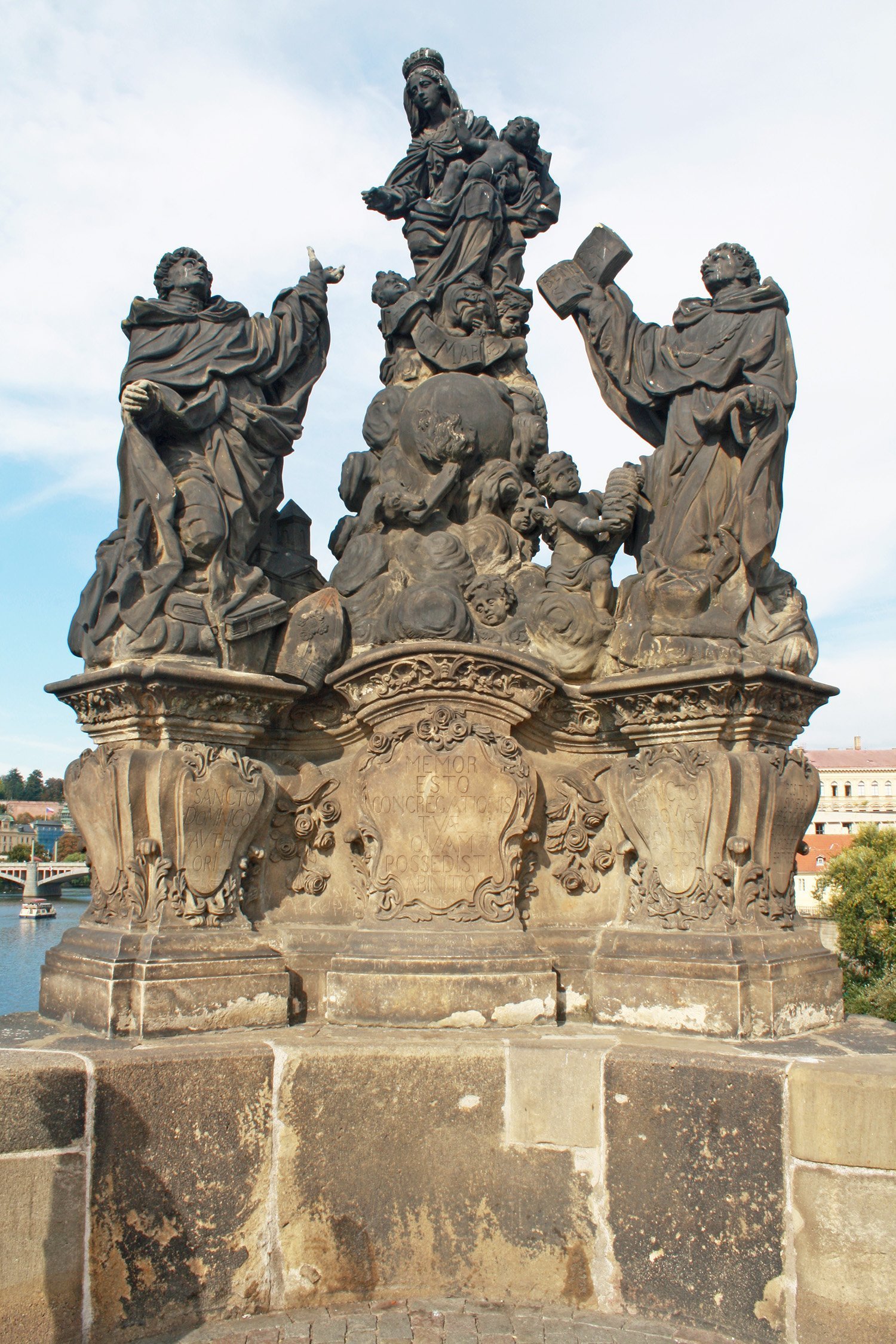 The most visited statue? Probably St. John of Nepomuk! Legend says he was a priest and confessor of the Queen of Bohemia. When he refused to reveal the Queen’s confessions to the King Wenceslas IV, he was tortured and thrown from Charles Bridge into the Vltava to drown. Look out for the small golden cross a few metres from the statue, which marks the spot where the priest’s body was thrown from. Touch it and make a wish – some say it will come true within a year and one day!

Top tip: Visit early morning to get some of the best snaps of Charles Bridge, when the crowds of tourists haven’t arrived. Want some great views? Go up the Old Town Bridge Tower, there’ll be much less tourists and you won’t regret it! Plus, there’s an archaeological exhibition at the bottom with findings from an excavation under Charles Bridge.

Another must when visiting Prague is definitely Prague’s Castle. Up on a hill overseeing Malá Strana and Prague’s Old Town, the walled complex features important historical buildings connected by beautiful alleys. Now an UNESCO World Heritage site and also the main residence of the President of the Czech Republic, it was historically the official headquarters of the Kings of Bohemia. Throughout the years, the castle and grounds have undergone changes and expansions and now include major attractions that you should absolutely not miss. I’d recommend swinging by St. Vitus Cathedral, Golden Lane, the Palace Gardens and watch the Changing of the Guard!

Here’s an extended guide with all the things to see in Prague Castle, including tickets and opening times.

Top tip: Whether you like coffee or not, check out the the views from the Starbucks outside the castle. This is probably one of the best free viewpoints over the city of Prague! 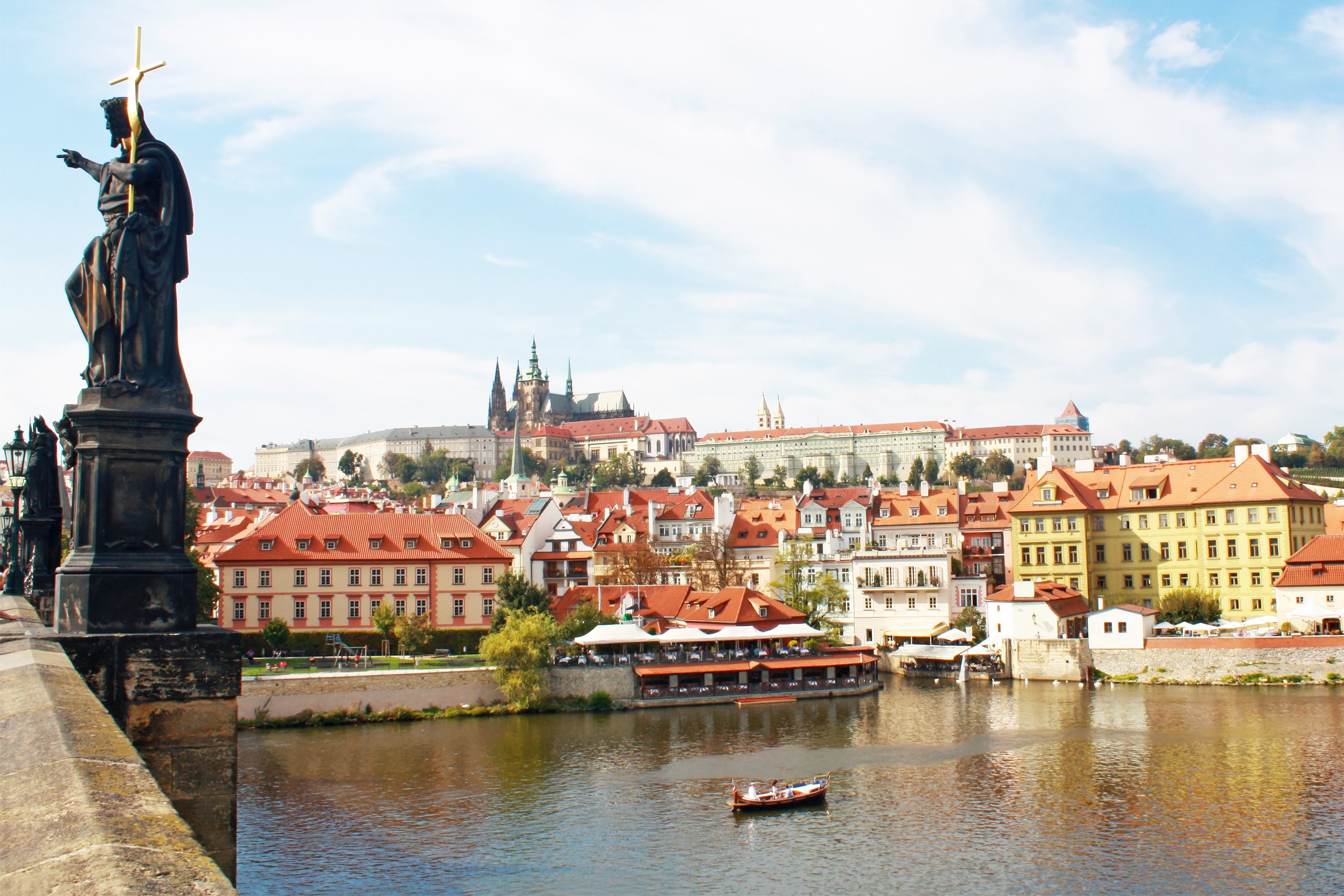 The Prague metro network is not only efficient but has unique metro stations that look like public art galleries. They’re absolutely worth checking out, even if you prefer walking like me! The green, yellow and red lines (A, B and C respectively) cover 65.2km and 61 stations all over Prague. The best bit? They’re covered in multi-coloured metallic walls with dimples (similar to the back of Lego pieces) and even have contemporary art pieces!

Top tip: Make sure to stop at Náměstí Míru, which is not only beautiful but also has the longest escalator in Europe!

5. Write your name on the John Lennon Wall

On the morning of 8 of December 1980, John Lennon was fatally shot by Mark David Chapman while returning to his apartment at The Dakota, in New York City. A few hours later, his image and song lyrics were painted on a wall in Malá Strana as a tribute to the singer. Now, the Lennon Wall is fully covered with graffiti and dedicated to John Lennon and The Beatles in general, with other designs including protests to local and global causes (such as climate change, war and the protests in Hong Kong). There are also people playing songs by The Beatles, with a vibe that reminds me of the Cavern Club in Liverpool! 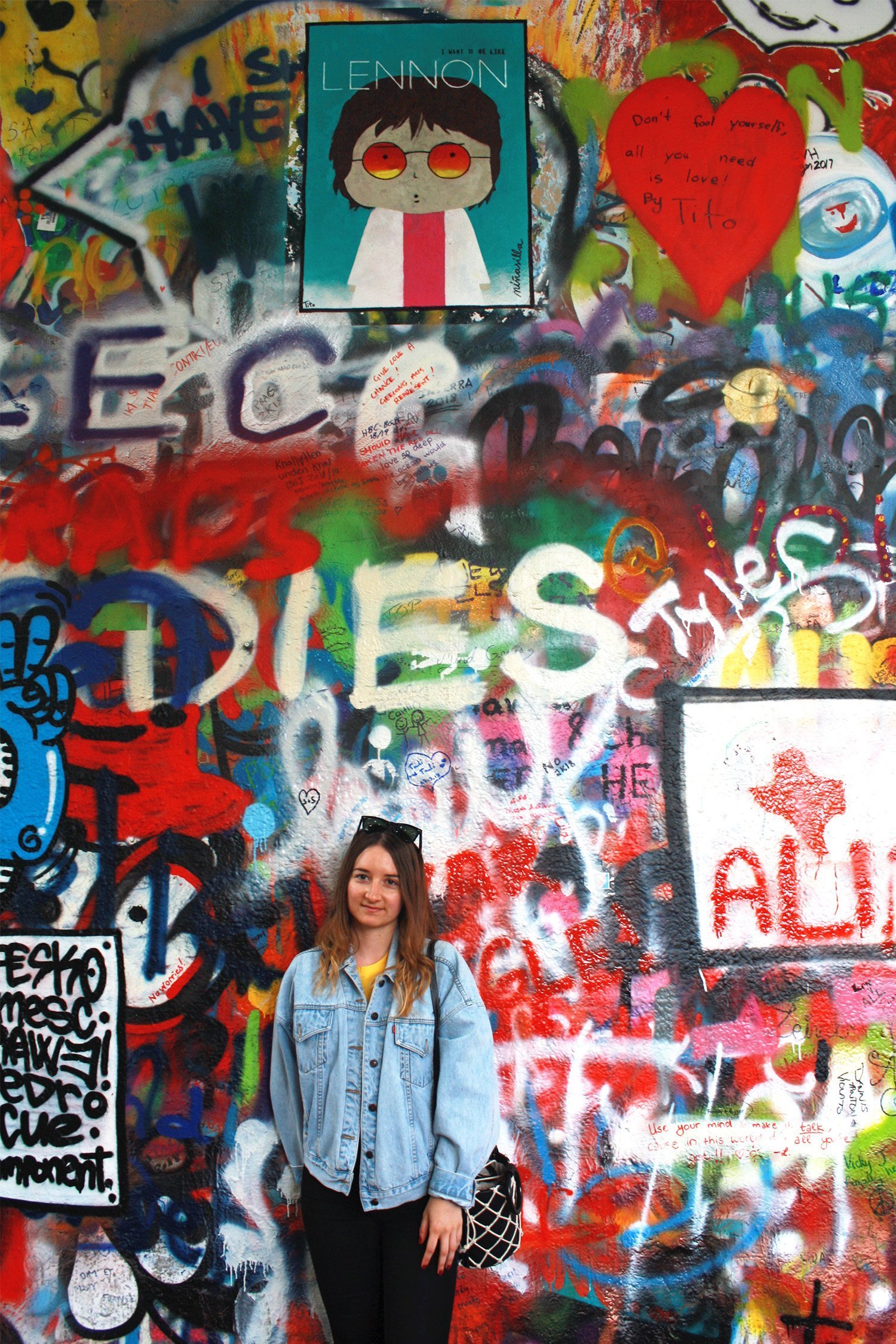 6. Go to the top of the Dancing House (Tančící Dům)

Known as the “Dancing House” or “Fred and Ginger”, the Nationale-Nederlanden building (now ING Bank)  is one of the most representative postmodern icons of Prague. Designed by architects Vlado Milunić and Frank Gehry in 1996, it portrays dancers Fred Astaire (concrete) and Ginger Rogers (steel and glass) in a 9-floor deconstructivist style building. The Dancing House was built on the site of a former Baroque building that was destroyed by the US bombing of Prague in 1945.

Top tip: Go to the roof terrace for some good views of the Vltava, glorious food and a drink! 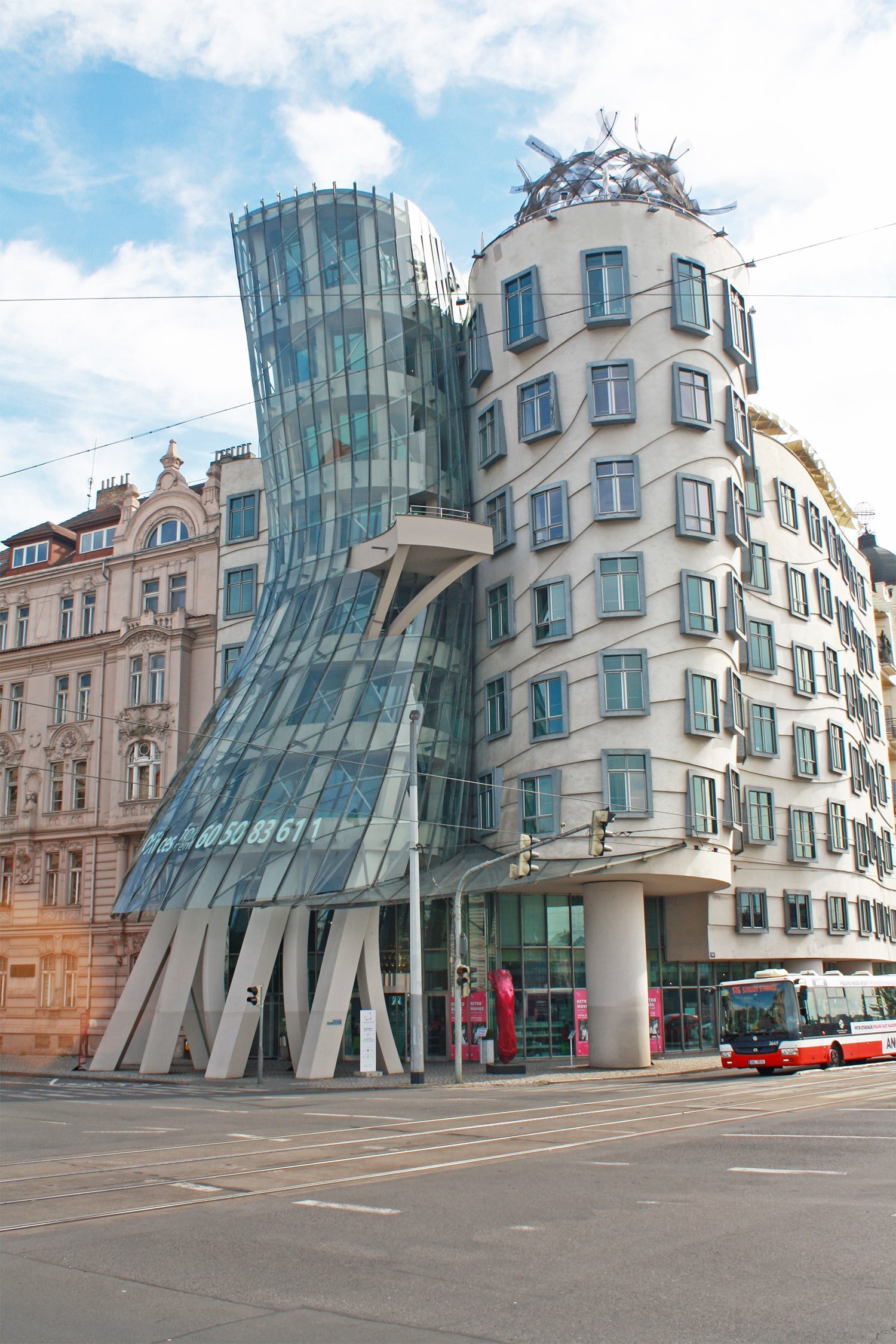 7. Walk around the Jewish Quarter (Josefov)

Now a UNESCO World Heritage site, Josevof used to be the largest Jewish ghetto in Europe. Full of incredible charm and tragic history, this is where the legend of the Golem who would protect the quarter from the attack of the Christians was first created. Important landmarks of the area are: 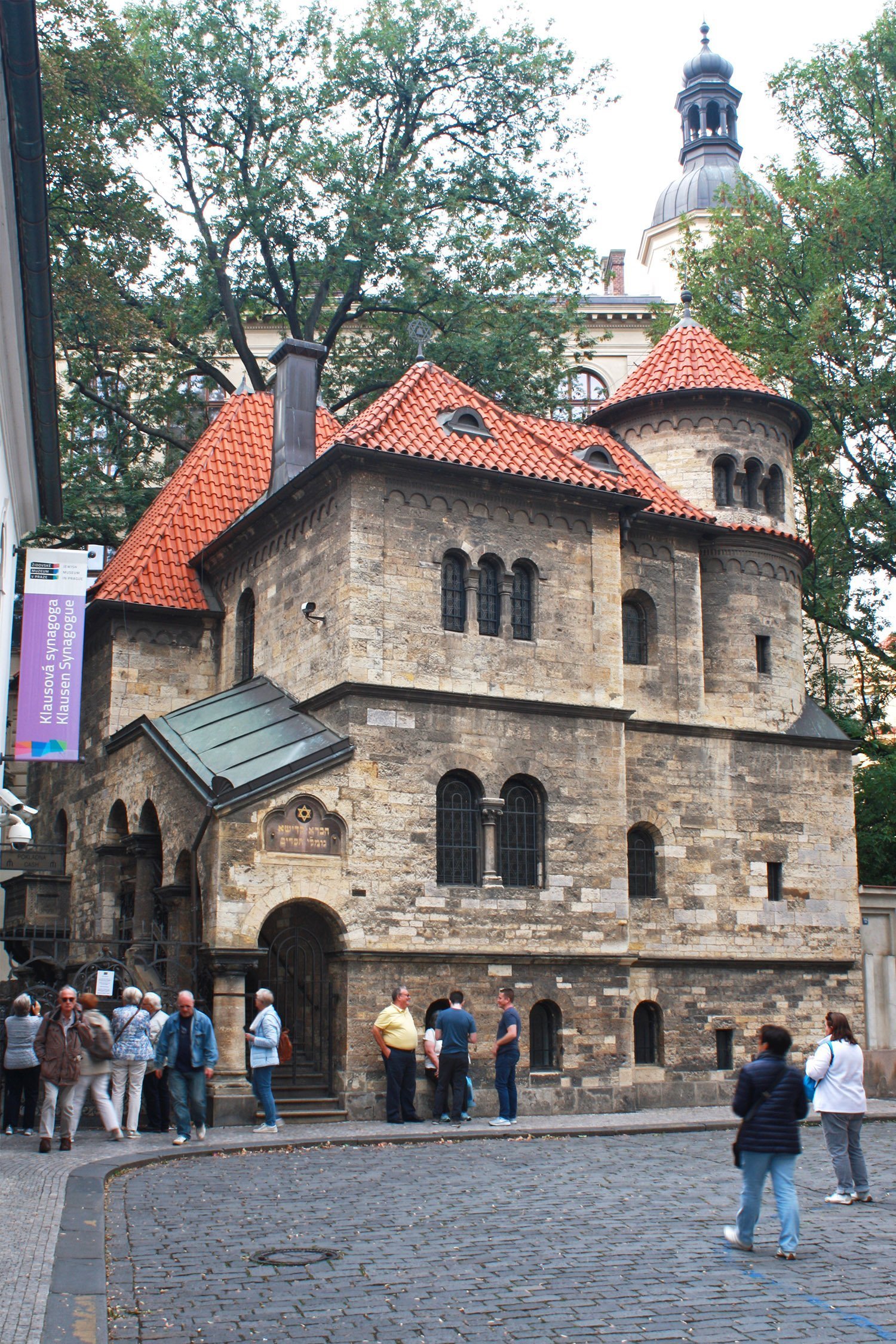 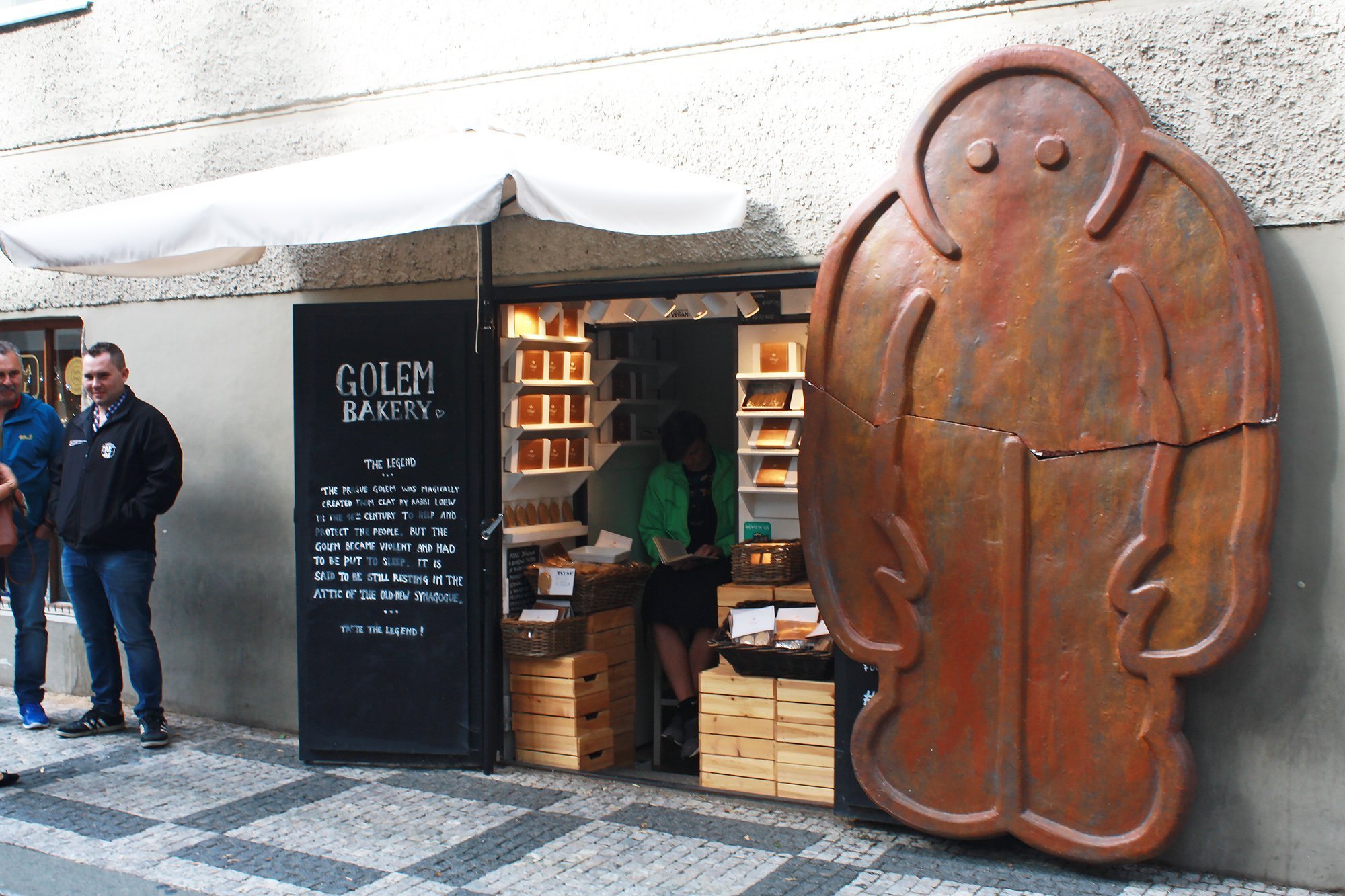 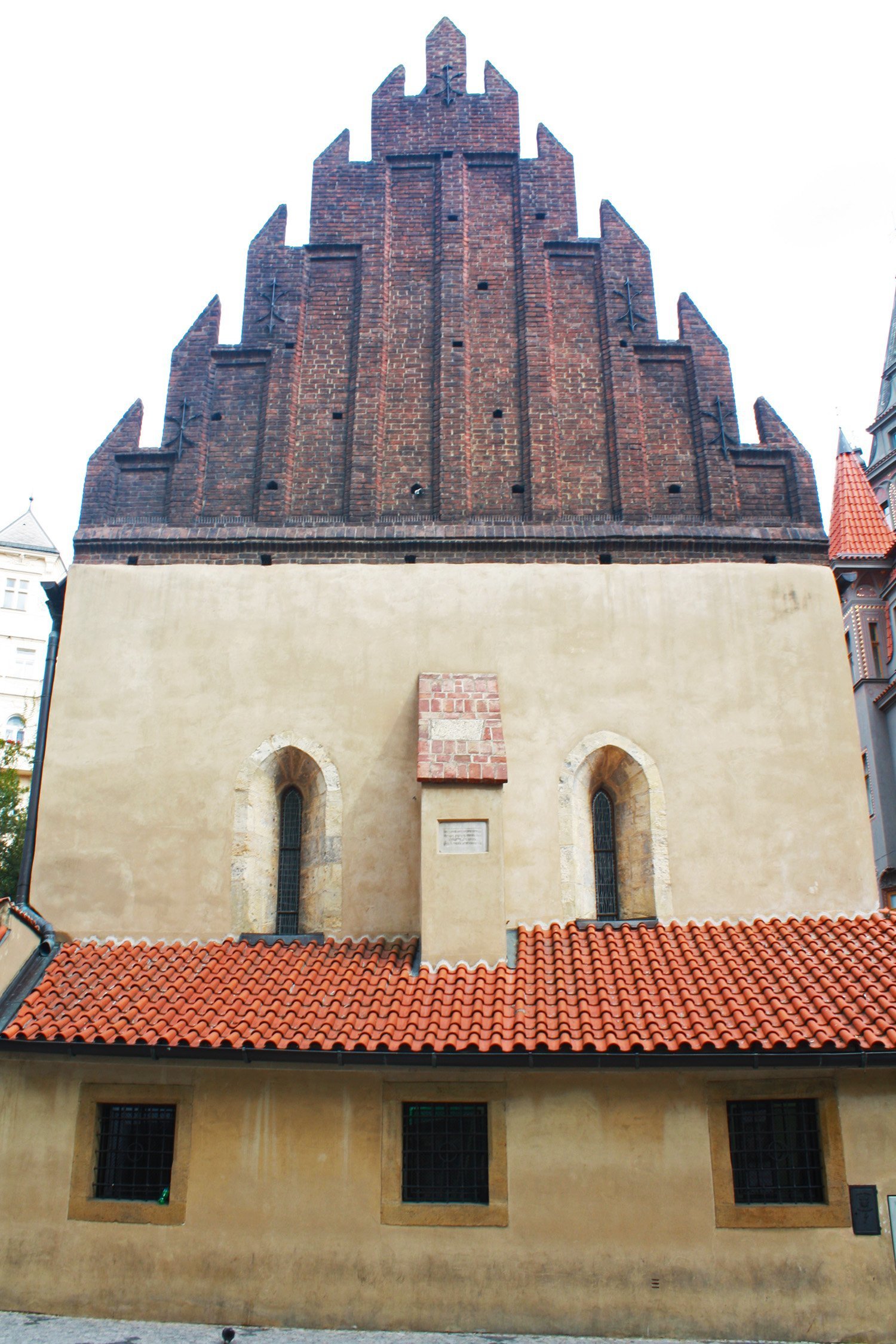 David Černy is one of the most controversial Czech sculptors and his art can be found all around his hometown Prague. These include: 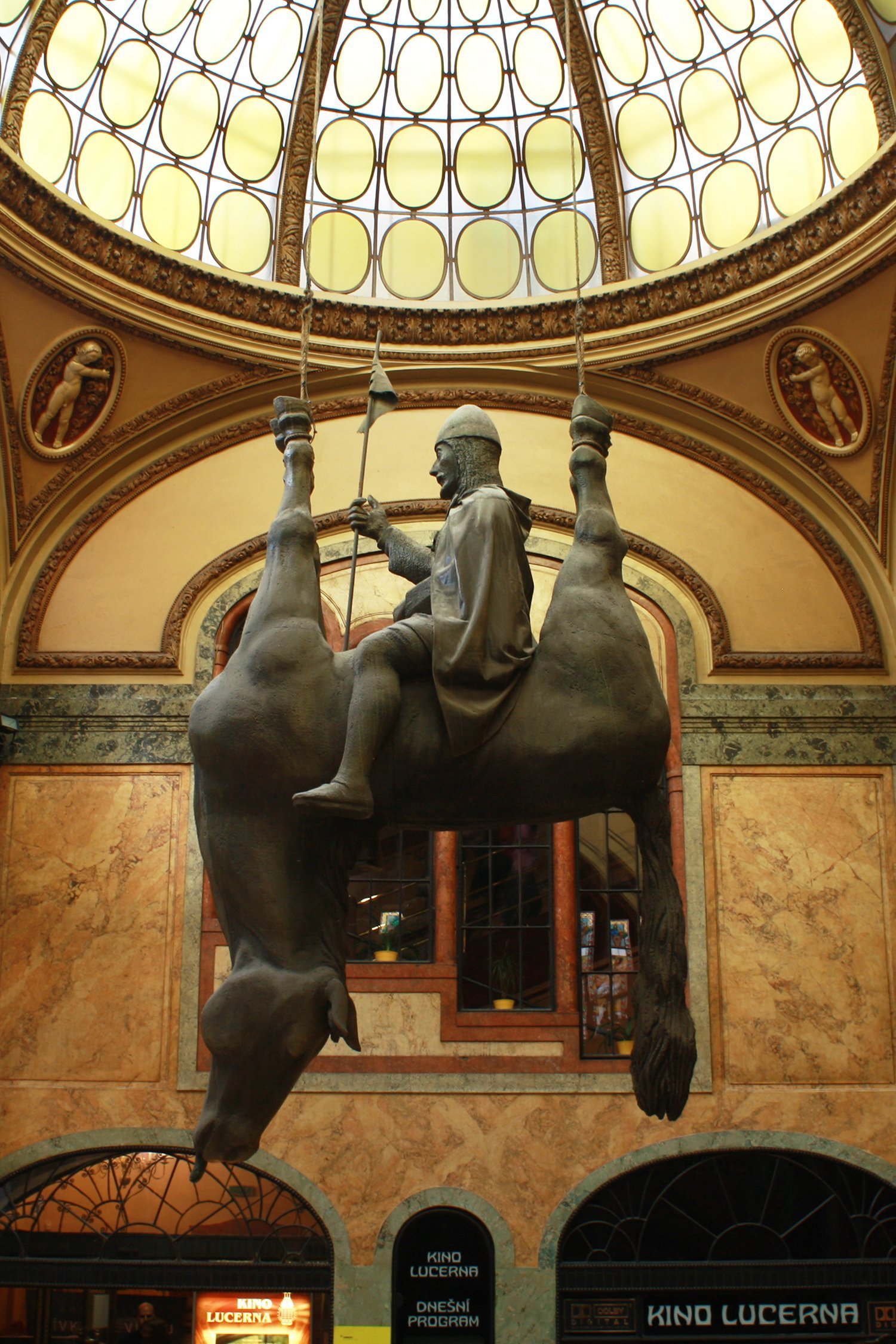 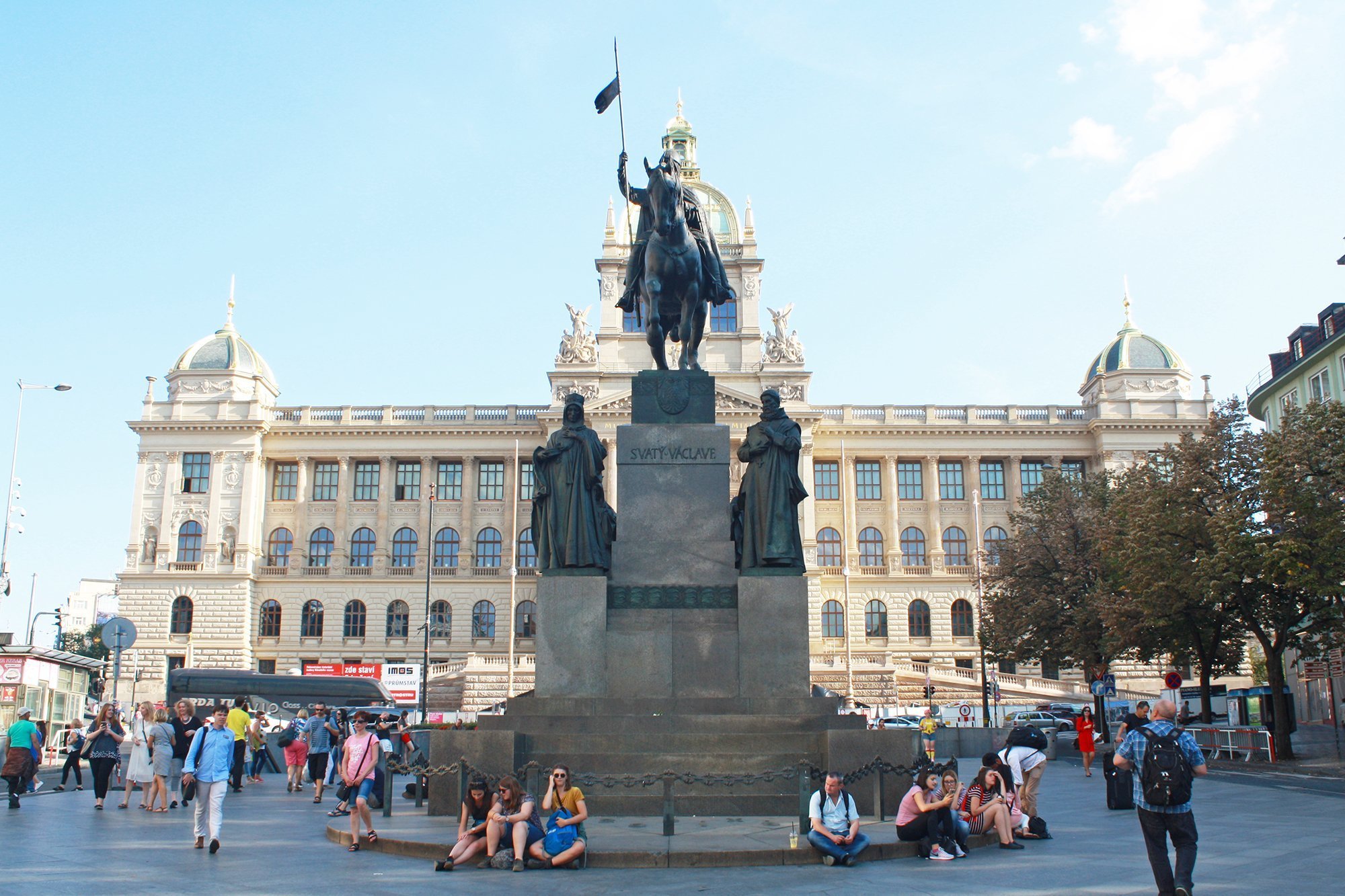 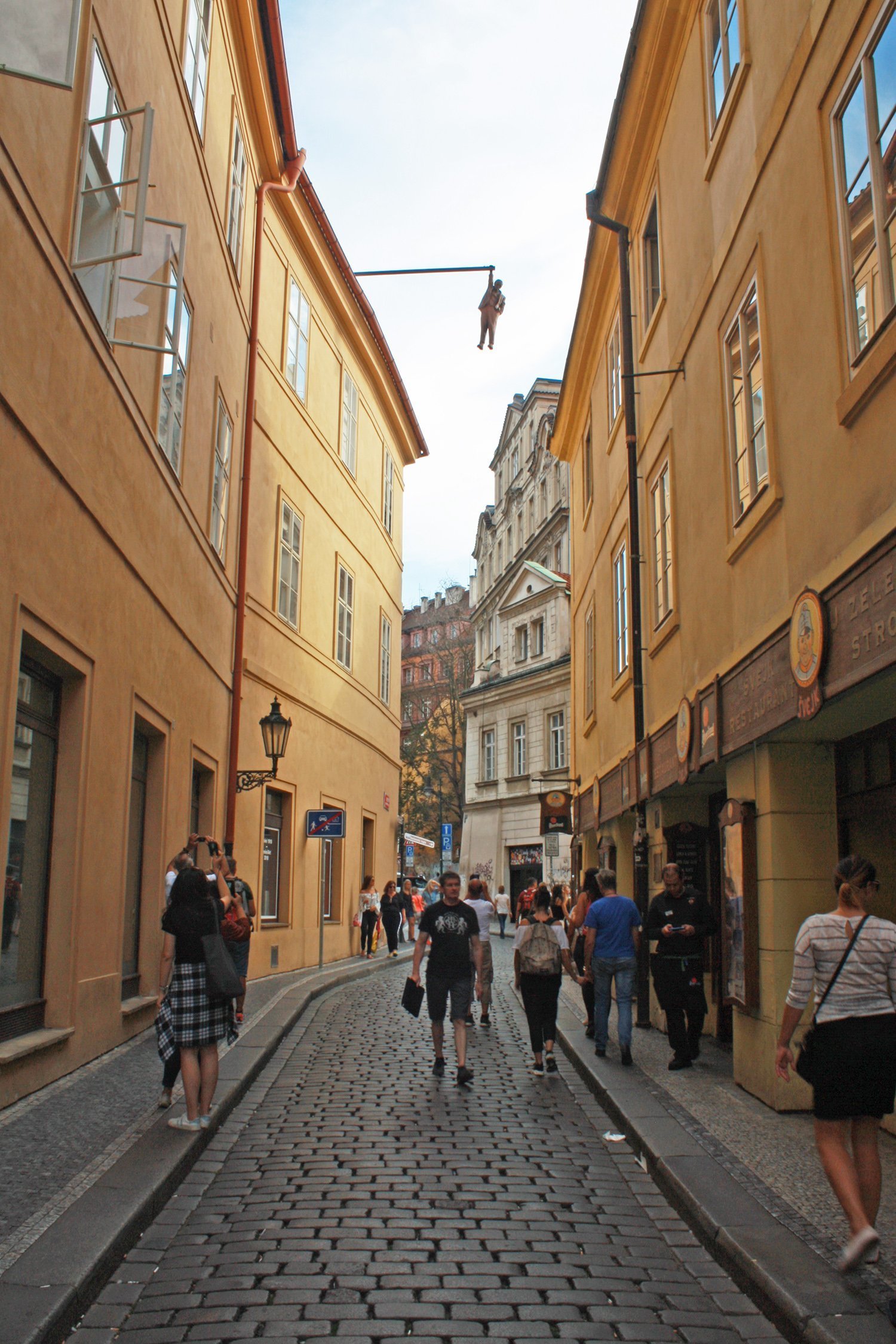 9. More things to do in Prague 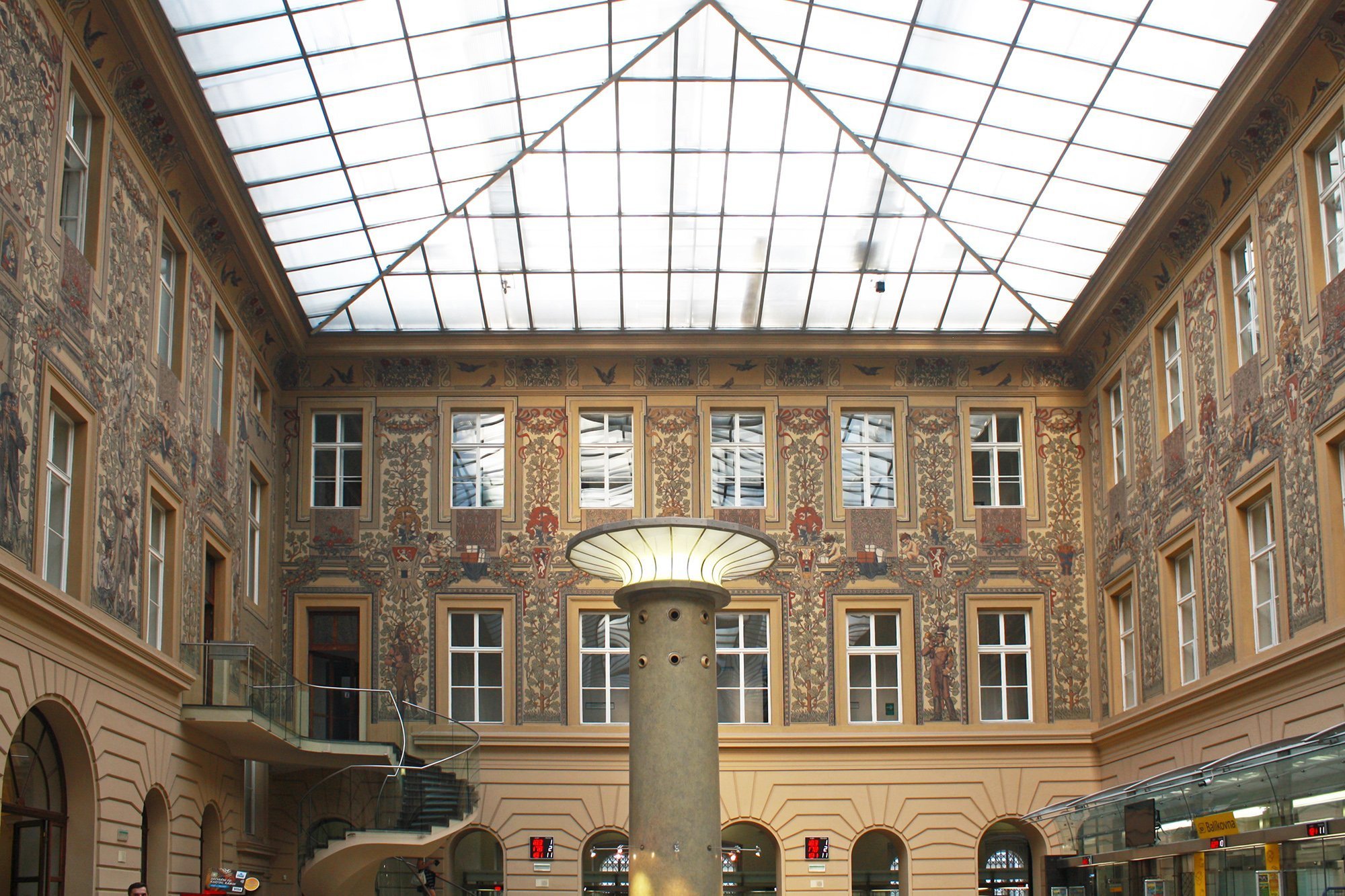 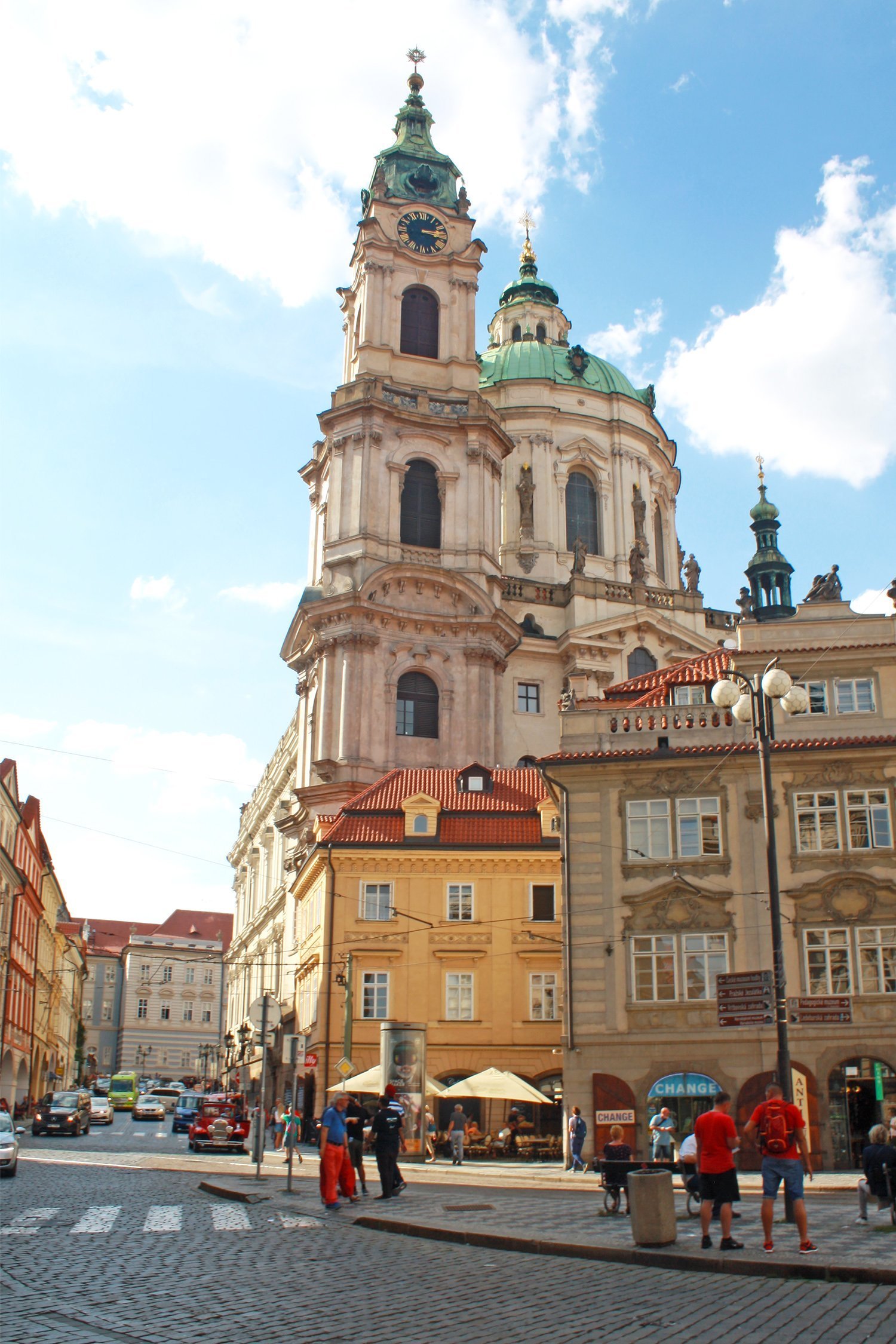 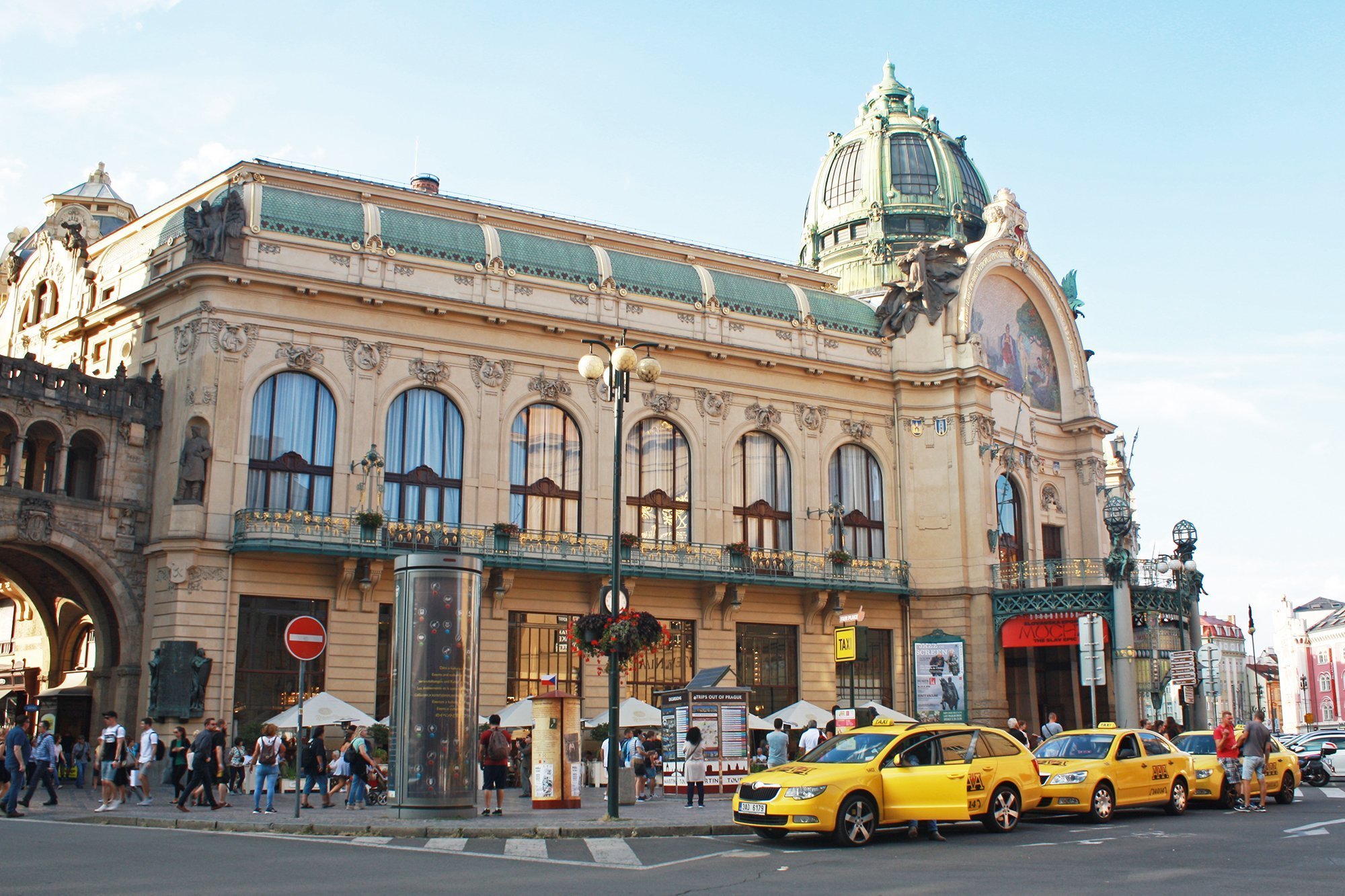 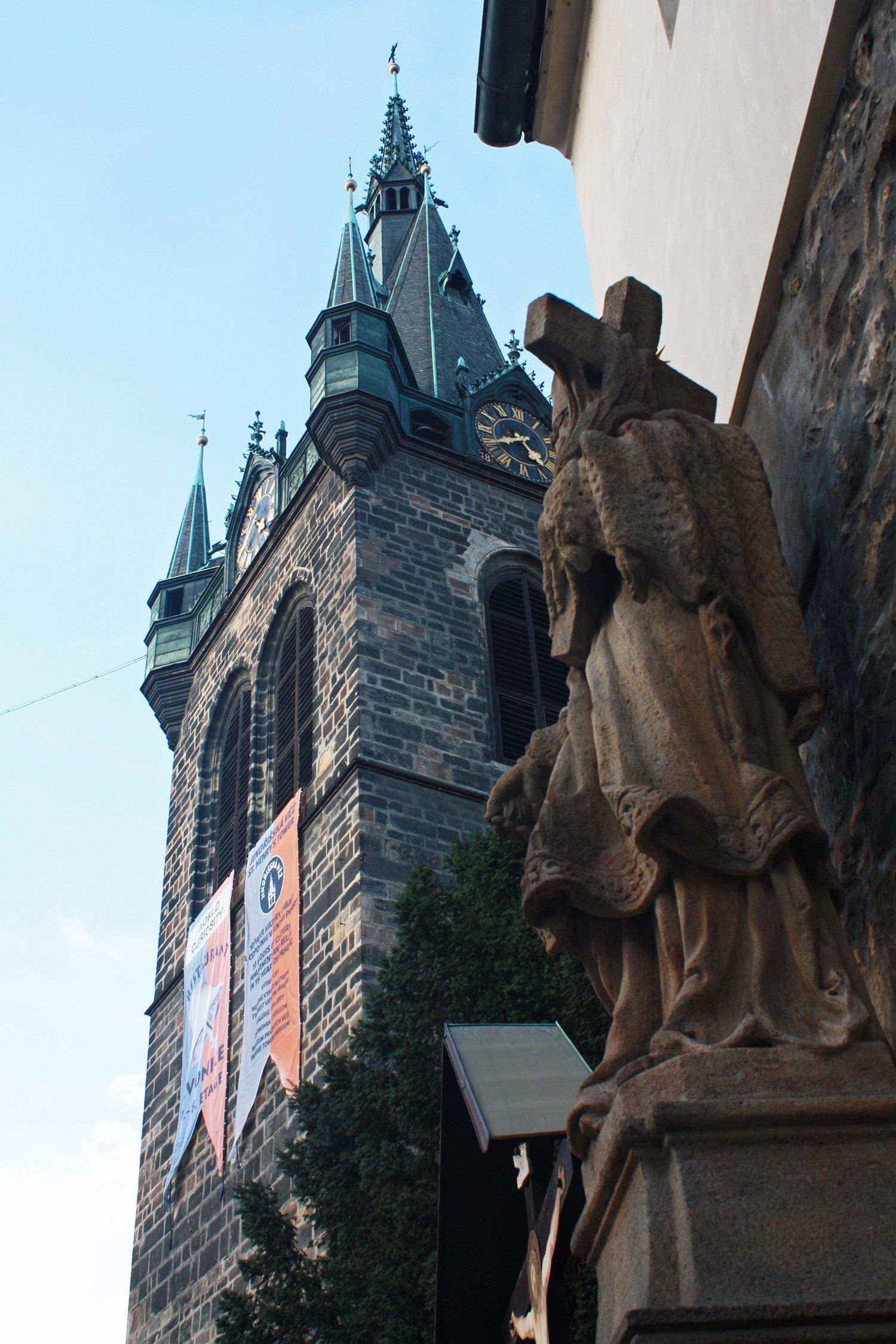 10. Places to eat and drink in Prague 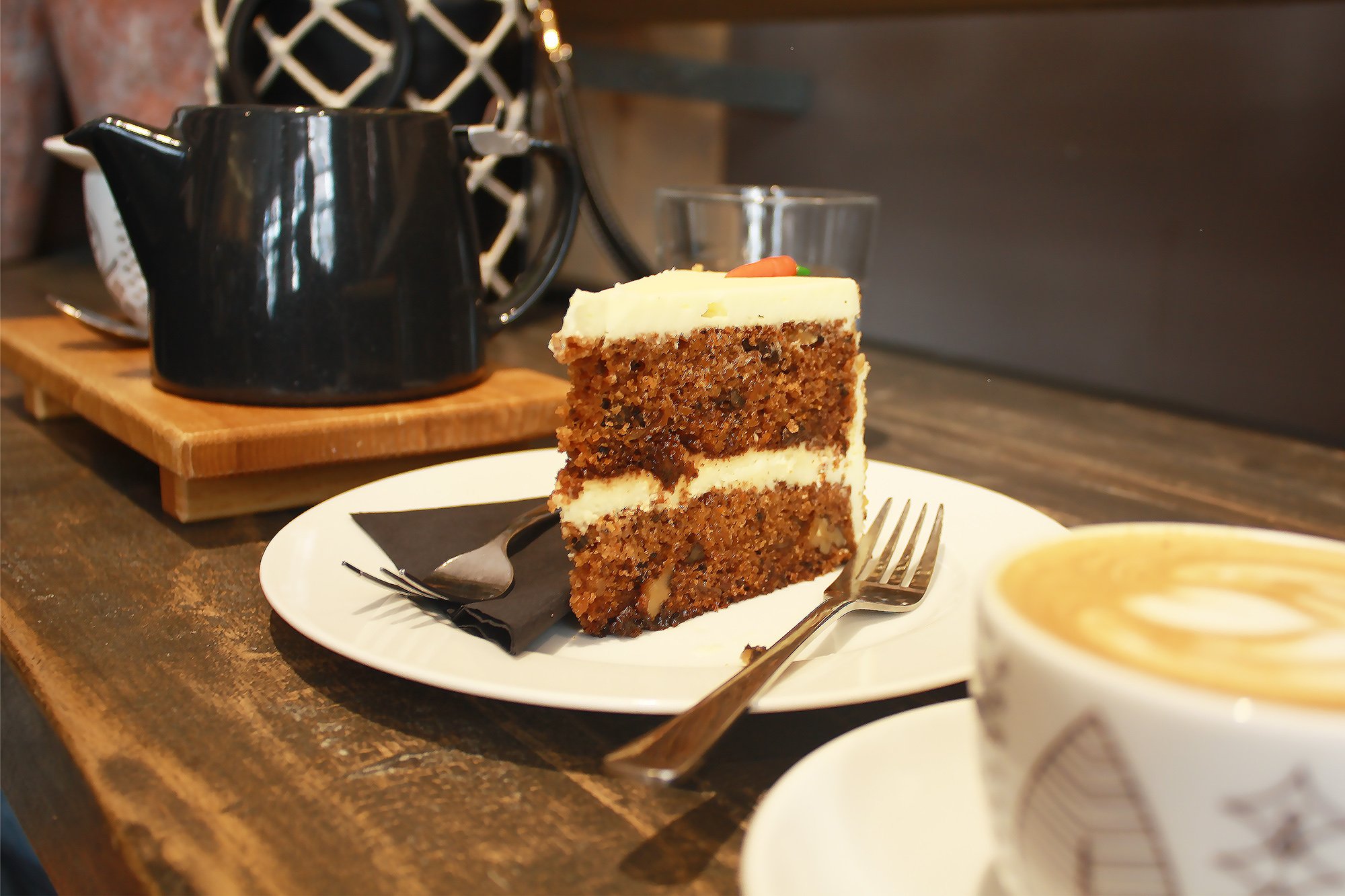 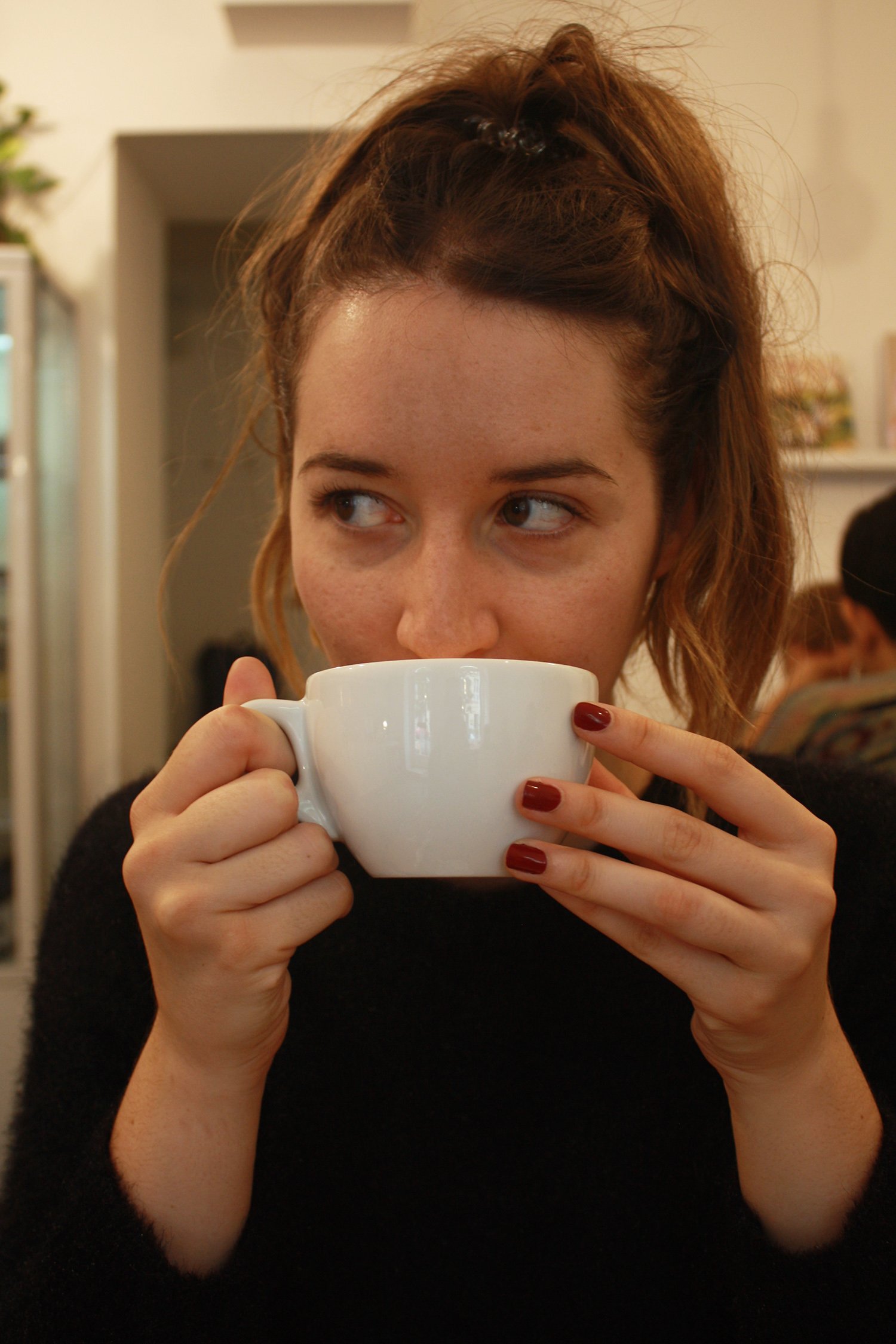 Have you been to Prague before? If so, what’s your favourite thing about the Czech Capital? If you loved our things you must do in Prague post, please leave us a comment, pin some photos and show us some love on social media using the buttons below

How to make: Banana bread with chocolate chips recipe