Cannes – the city of stars, glamour and luxury tourism. Along with the likes of Saint-Tropez, Nice and Monaco, Cannes is a favourite jet set for those looking for a holiday à la mode. Yachts, luxury cars, haute couture shops and private white-sand beaches contribute to the savoir-faire that is so characteristic of the elegant resorts of the South of France.

But there’s so much more behind the yachts and celebrity spotting. Cannes has that je ne sais quoi of a Mediterranean fishing village past that can still be felt in the historic streets. I thought I’d include a list of my favourite places in Cannes that don’t necessarily have to do with the luxurious and often out-of-budget character of the area. Let’s get ready and explore this charming French city, shall we? 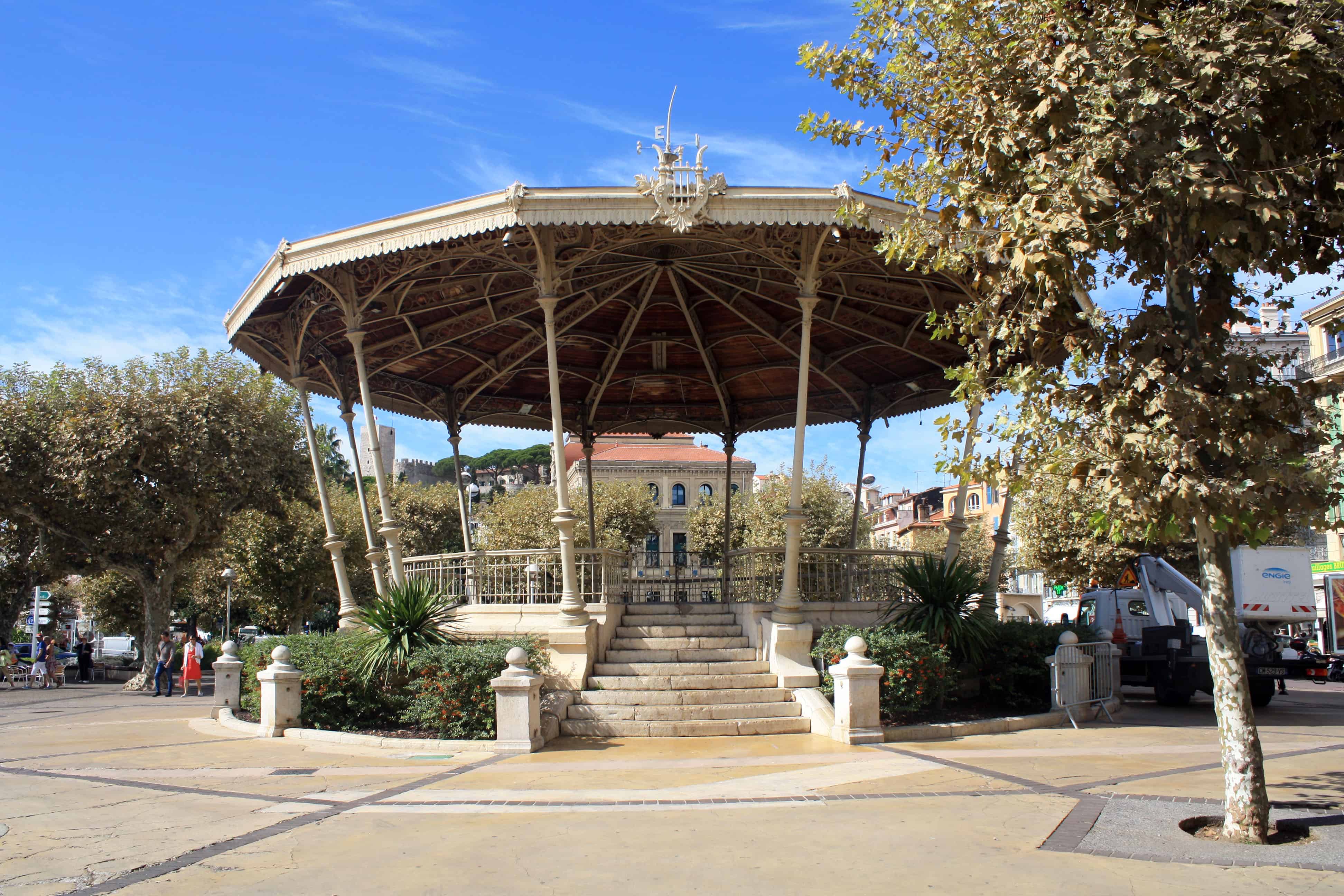 1. La Croisette and its glorious beaches

Cannes is relatively close to Nice Côte d’Azur Airport, just a 40-minute train ride from Gare de Nice Saint-Augustin to Gare de Cannes. With unmistakably fresh air and warm Mediterranean climate, there is a reason Cannes is loved by so many.

The glamour and wealth of the city is everywhere. And I mean everywhere. You can feel it from the glorious white-sand beaches and palace hotels, to the casinos and haute-couture boutiques dotted along Boulevard de La Croisette. Palm trees run along this 3km long curved promenade, once walked down by iconic stars from the 1960s such as Brigitte Bardot, Sophia Loren and Grace Kelly. Still a major attraction up to this day, it’s now home to luxury shops such as Dior, Chanel, Yves-Saint-Laurent or Cartier. 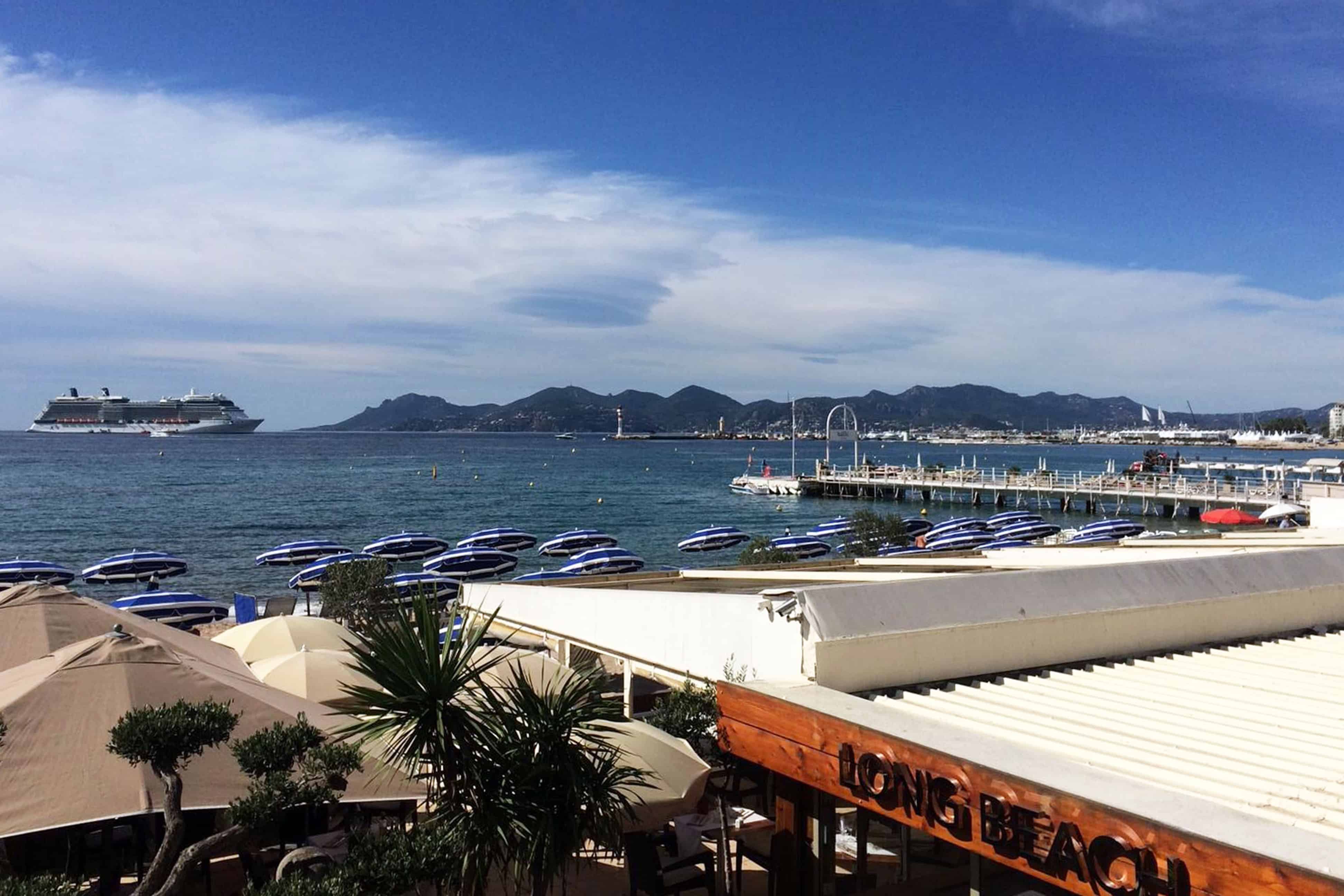 Beaches are divided in sections with public and private areas. The latter are, unfortunately, exclusive to guests of the luxury hotels along La Croisette. Unlike the public beaches (Plage du Midi), which are free and only offer minimal services (bins, occasional lifeguard), private beaches such as Carlton Beach (part of the Carlton Hotel) offer a variety of paid services. These include lockers, sun loungers, waiters, lifeguards and showers. 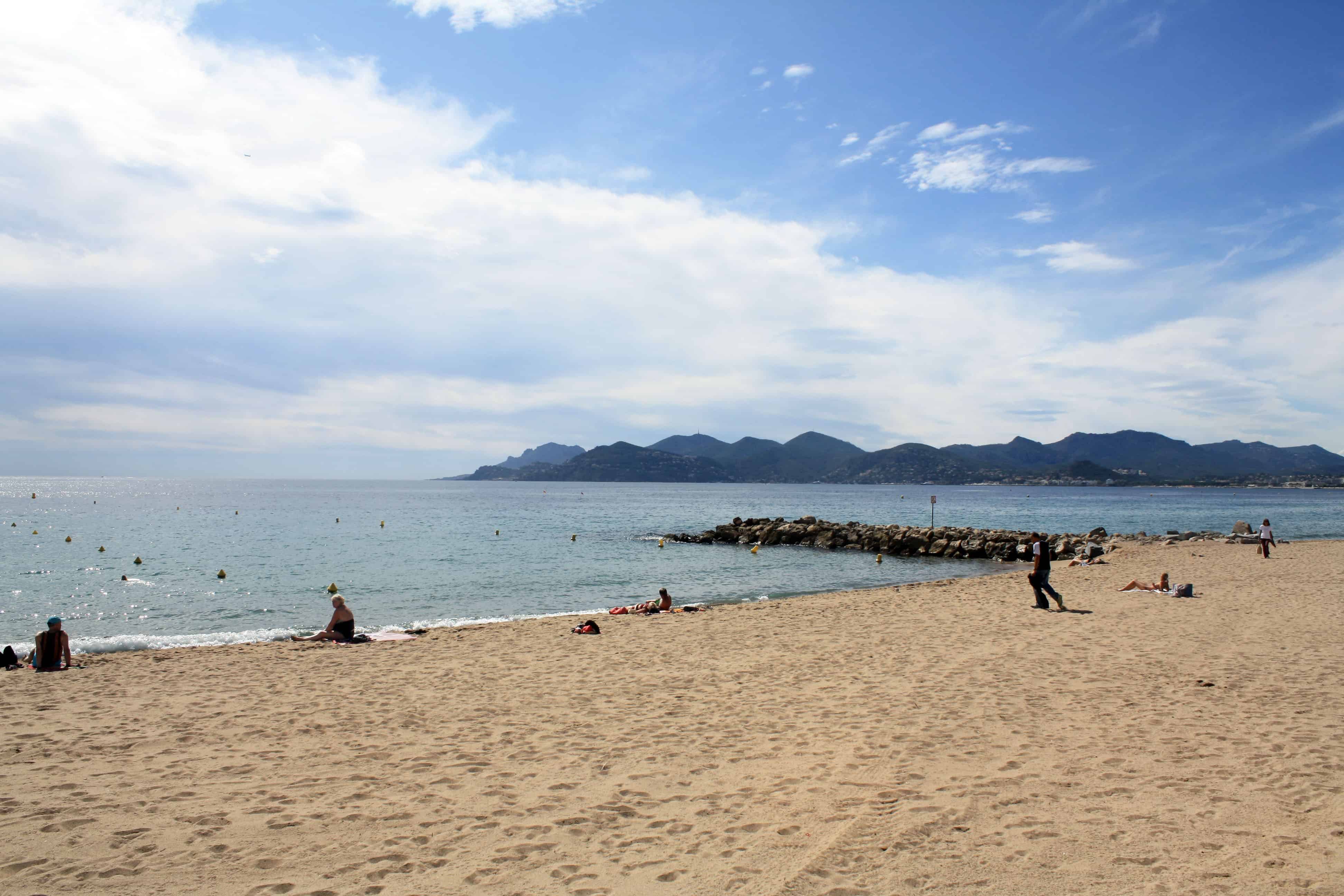 Don’t miss the opportunity to grab a cocktail and enjoy the view overlooking the Mediterranean sea. Sam and I treated ourselves to some lovely drinks at Le 72 Croisette. This outdoor terrace is fondly known as The Gutter Bar by attendees of the Cannes Lions festival. The place often becomes so crowded during the event that tables go all the way to the street (or the gutter)! Hotels often have their own bars here too. Watch out for Le Bar L’Amiral at Hotel Martinez (next door to Le 72 Croisette) and Carlton Bar at the Carlton Hotel.

The medieval district of Le Suquet sits on the top of a hill overlooking La Croisette. With winding, narrow cobbled streets, it offers a completely different perspective of Cannes and the glamour of the marina below. In fact, the oldest buildings in the quarter are a reminiscent of Cannes’ history. Check out the Chateau et Musée de la Castre, a 12th Century castle of the Lérins monks. It was turned into an art gallery in 1952 and now holds collections of ancient artefacts and ceramics from the previous occupants of the region. 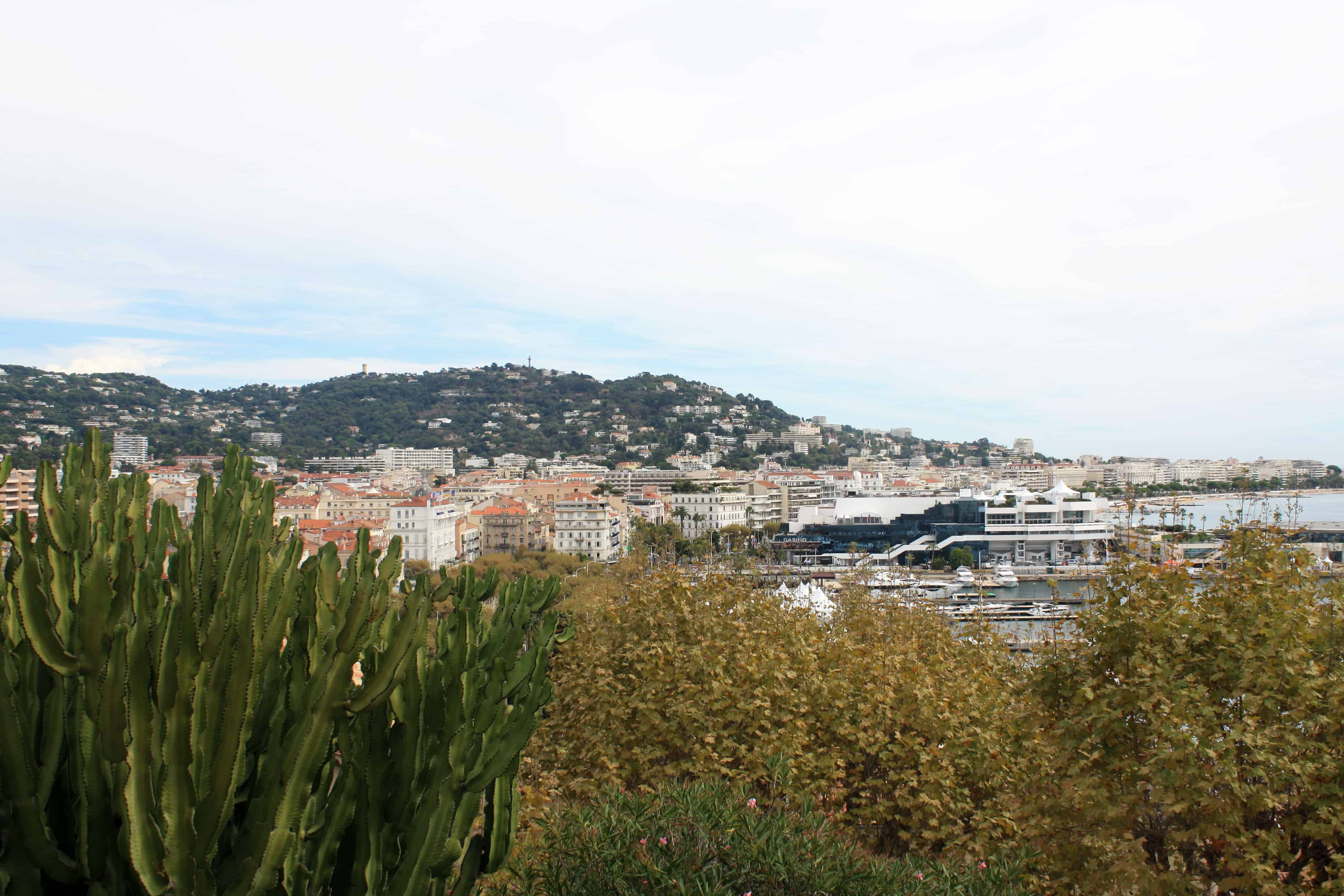 Keep your eyes peeled for the gothic Église Notre-Dame d’Espérance (Church of Our Lady of Hope) at the very top of the hill. This 17th Century church features a renaissance style porch and a square shaped romanesque bell tower with 109 steps. It has some of the most incredible panoramic views of the city and bay of Cannes.

The Église Notre-Dame-de-Bon-Voyage (Cannes’ central Church from the 19th century) at the bottom of the hill also has a gothic inspirited architecture. The land was where an old chapel from the 16th Century used to be. 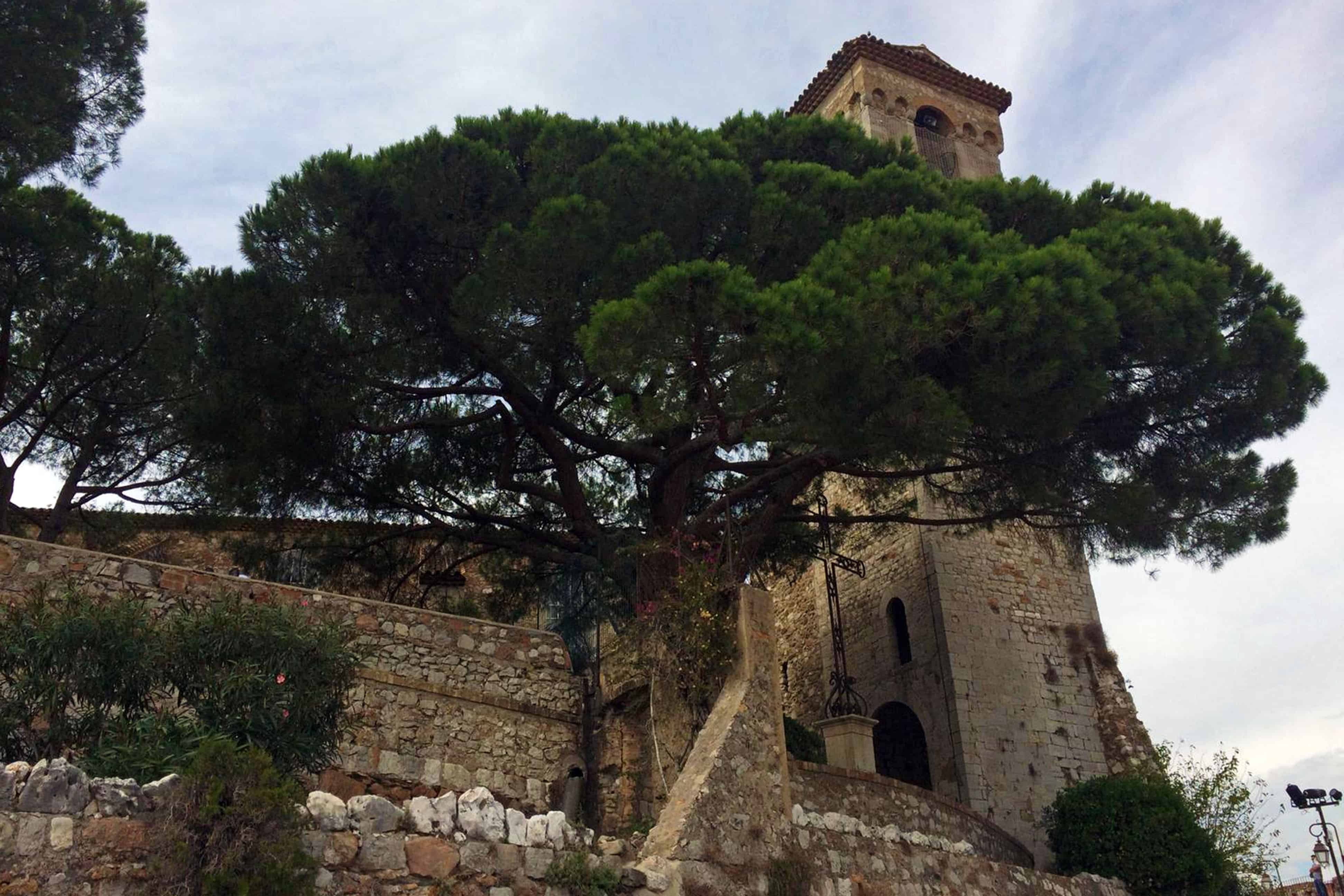 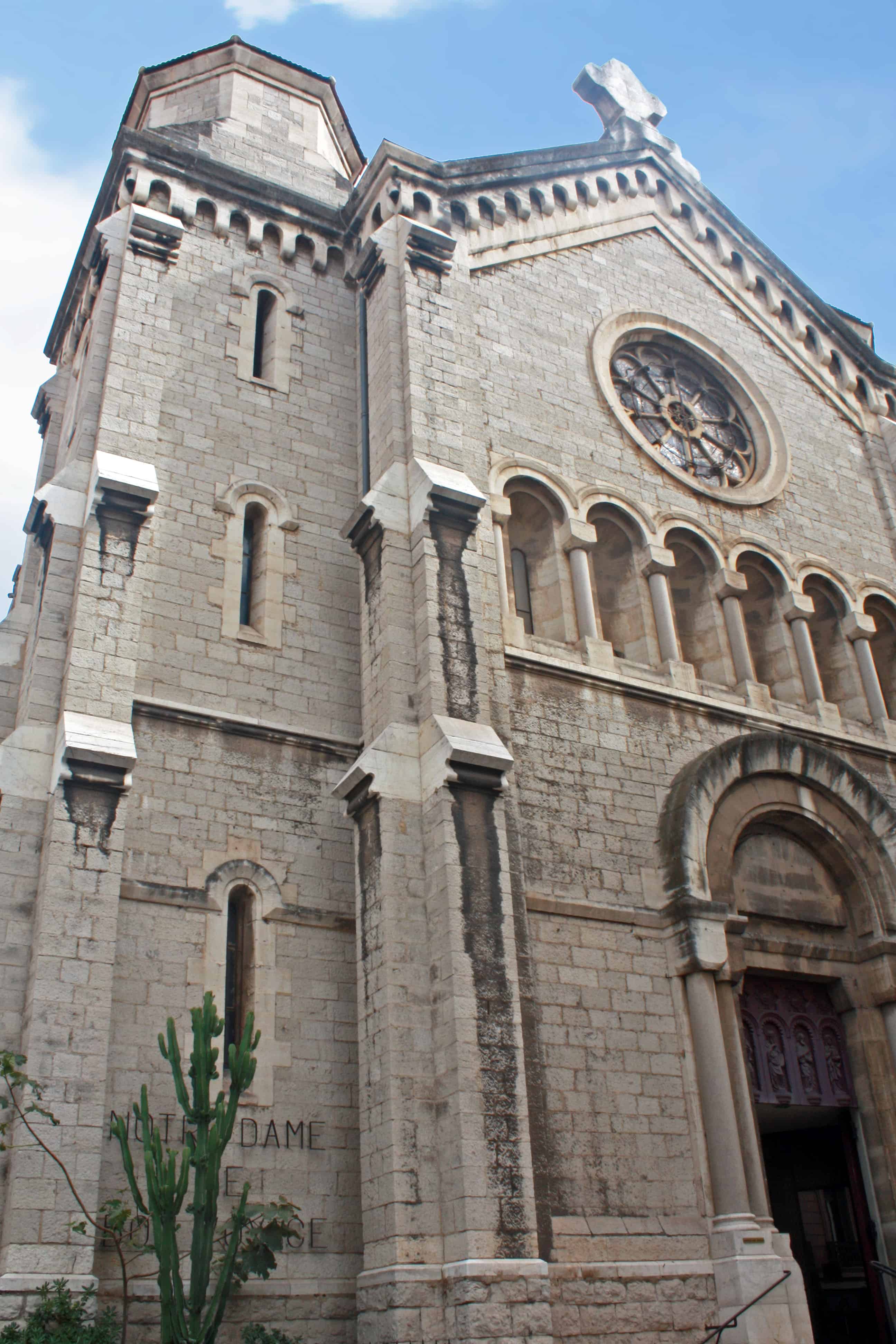 It’s safe to say Sam and I love a good market (just look at our guides to Oxford, Madeira, and Porto!). Naturally, we couldn’t resist adding this early 20th century marché in the heart of Cannes to our list. One of the most important markets in the area is Marché Forville. It has everything from fresh fish and produce (cheese, cured meat) to seasonal fruit, veggies, antiques and local delicacies. 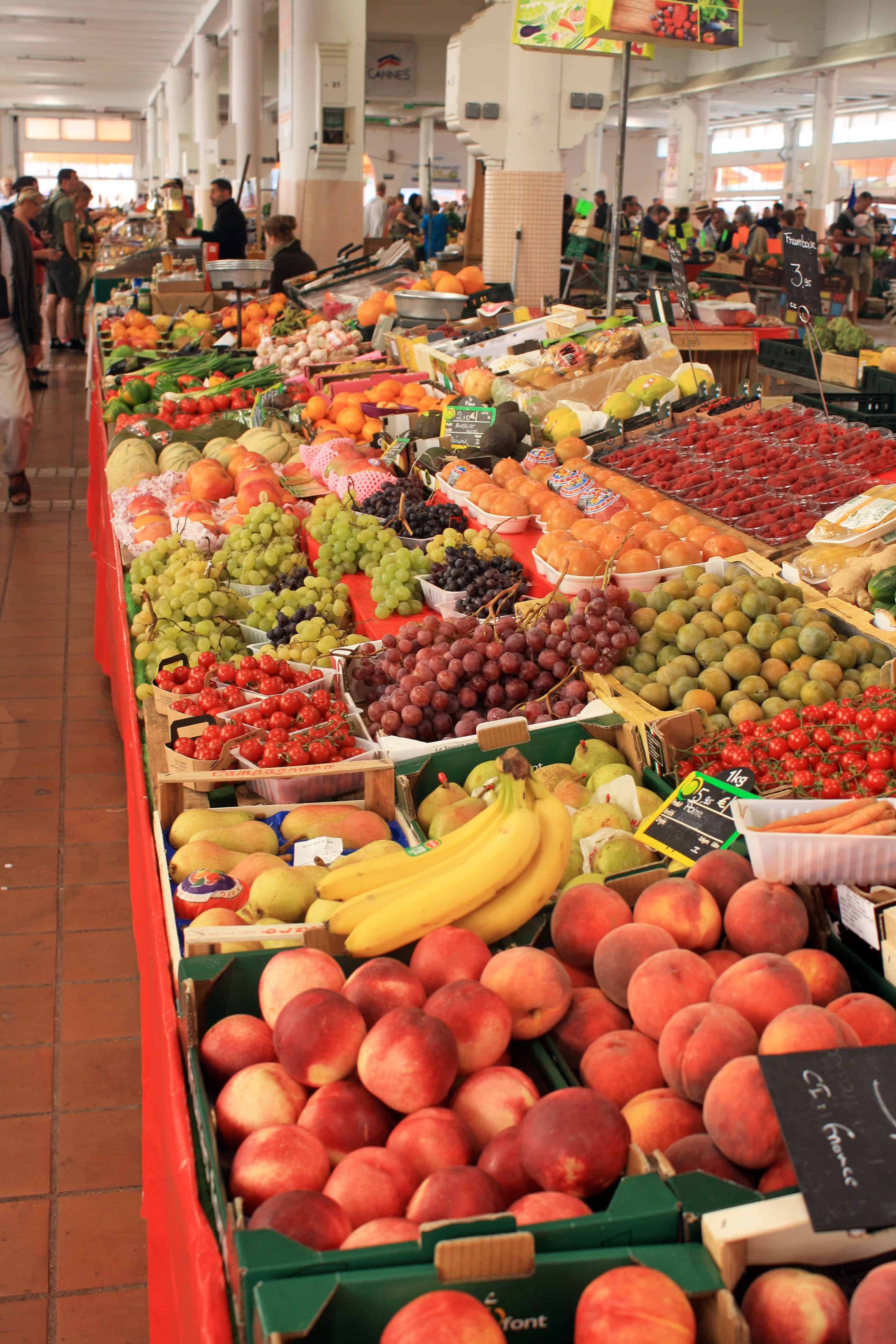 It opens every morning from 7.30am to 1pm except Mondays. It’s also the supplier of choice to many of the restaurants in the region and often includes stalls with homemade dishes. Check out the Socca’nnes stall for a delicious Socca. This pancake-esque delicacy is made from chickpea flour and is cooked in an pizza-type oven. Soft in the middle and crunchy on the outside, it’s usually eaten with hands. Yum!

My all-time favourite ice cream places in Cannes has to be Glacier Vilfeu. You can find it between Marché Forville and Palais des Festivals, just opposite Église Notre-Dame de Bon Voyage. It has this quirky American diner feel to it, which reminds mr of Grease. I was expecting John Travolta to jump behind the counter and ask for my ice cream flavour of choice! The best part is they have so many flavours and desserts that you’ll find it hard to resist ordering all of them. Ice creams, sundaes, shakes, sorbets, lollypops…the list is never ending.

More delicious ice cream can be found at Amorino, a short walk from Palais des Festivals. 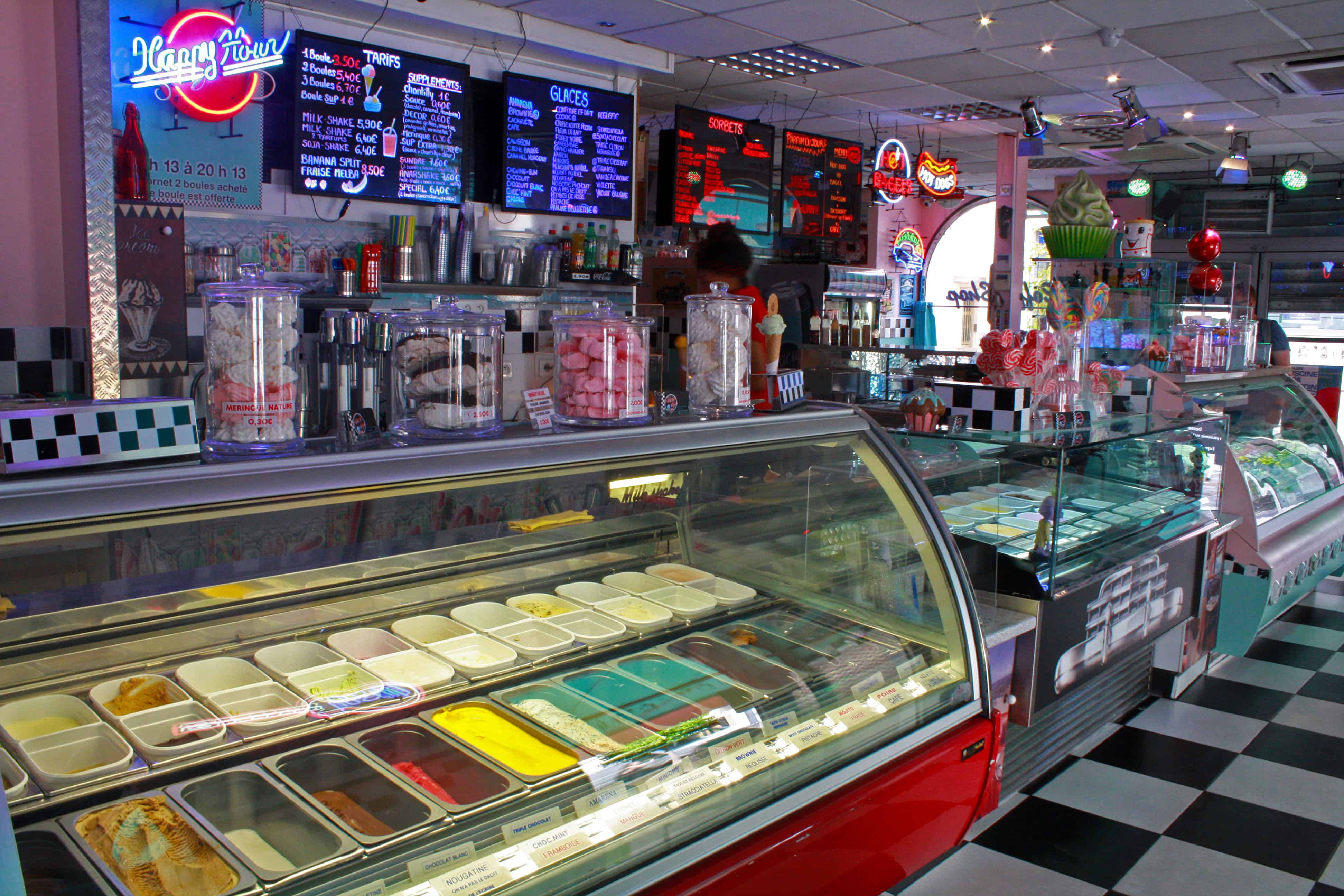 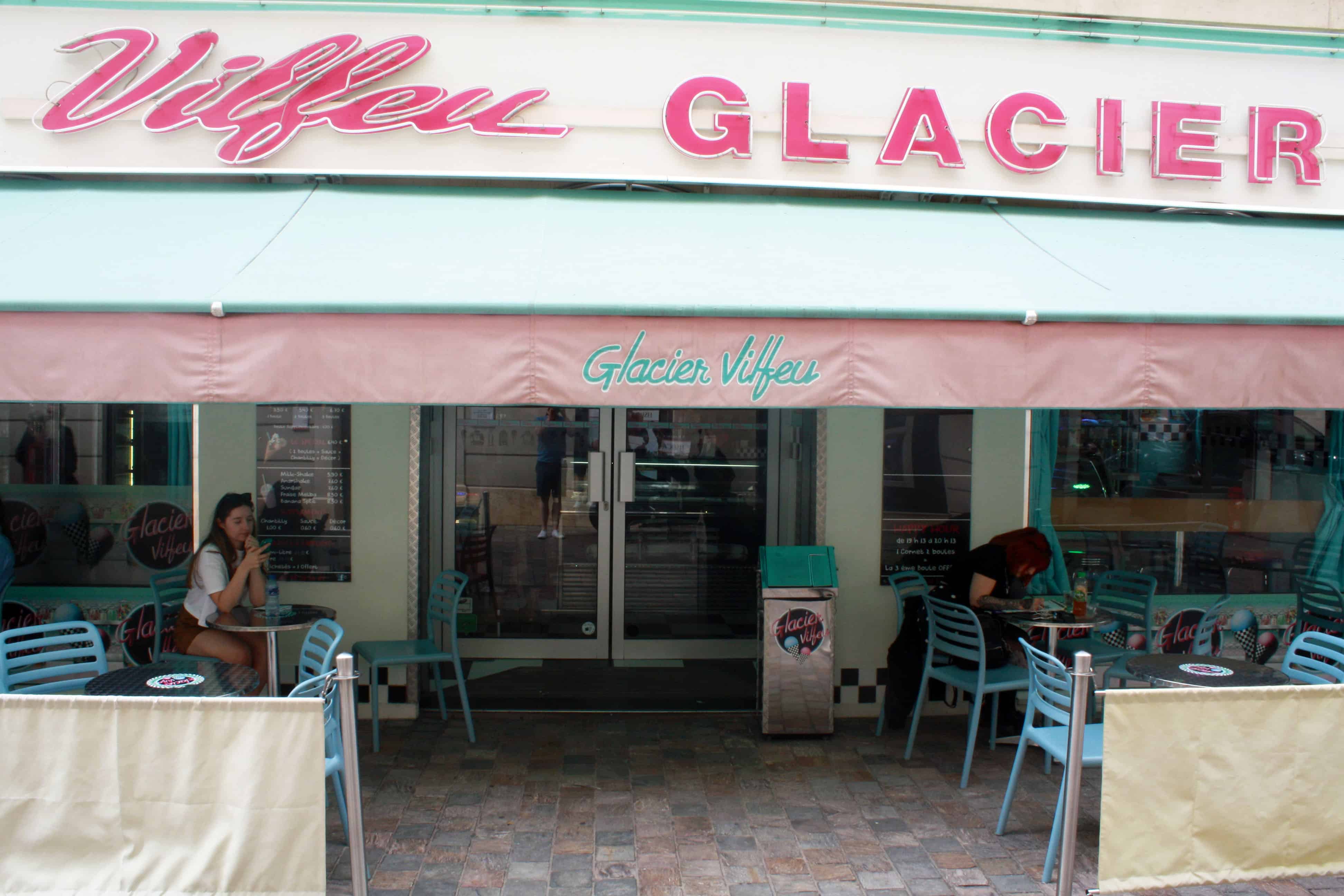 The Palais des Festivals is perhaps the most famous building in Cannes. Despite its rather small size, Cannes gains worldwide visibility through major global events each year. Some include the world’s largest cinema festival (Cannes Film Festival) and the world’s biggest advertising and creative communications event (Cannes Lions).

The red carpet has been an iconic attraction of this building since December 1982. On this occasion, no red carpet was needed for us to walk up the stairs and feel the glamour of Cannes. 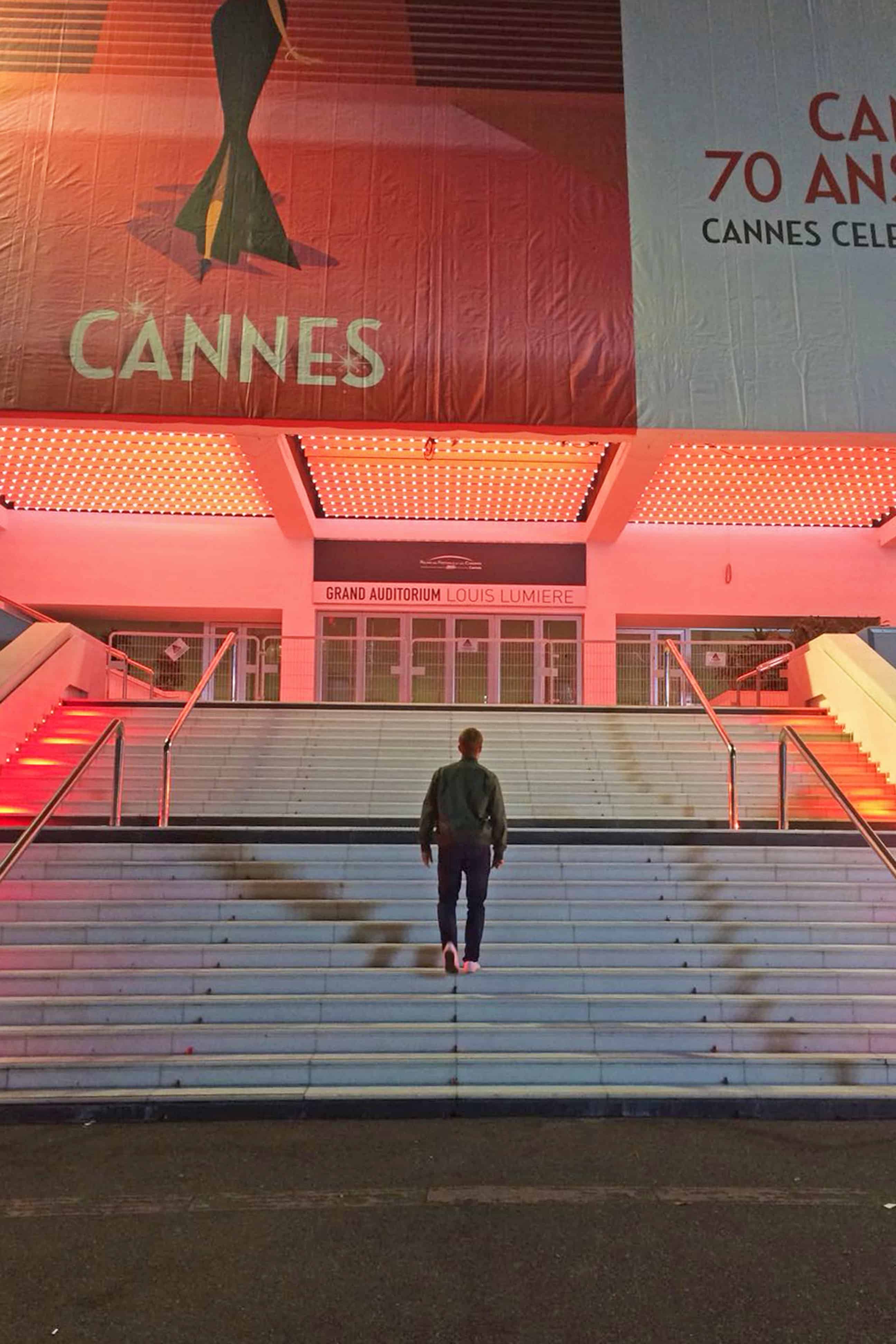 What’s your favourite part of the French Riviera? Have you been to Cannes before? If you really loved our post please leave us a comment and show us some love on social media using the buttons below

Do you like exploring the world? Then check out our travel guides: