The arrival of spring in the Netherlands is made official by the bloom of hyacinths, daffodils and of course, the world-famous Dutch tulips. There’s something very charming and quaint about these vibrant flowers. And the pride the Dutch feel about them is hard to miss, especially in this time of the year. From wooden versions in souvenir shops and cellophane wrapped bouquets in supermarkets to postcards and their depiction on a multitude of renaissance paintings, it’s safe to say the once known as “tulip mania” is now a deeply rooted Dutch tradition.

My second visit to the Netherlands had a quick day trip to the tulip countryside in store for us. Venturing a little further out of the city of Amsterdam, we finally made our way to Lisse to explore the most beautiful tulip garden in the world – Keukenhof! And honestly? I can’t believe it took us this long to get us out there. 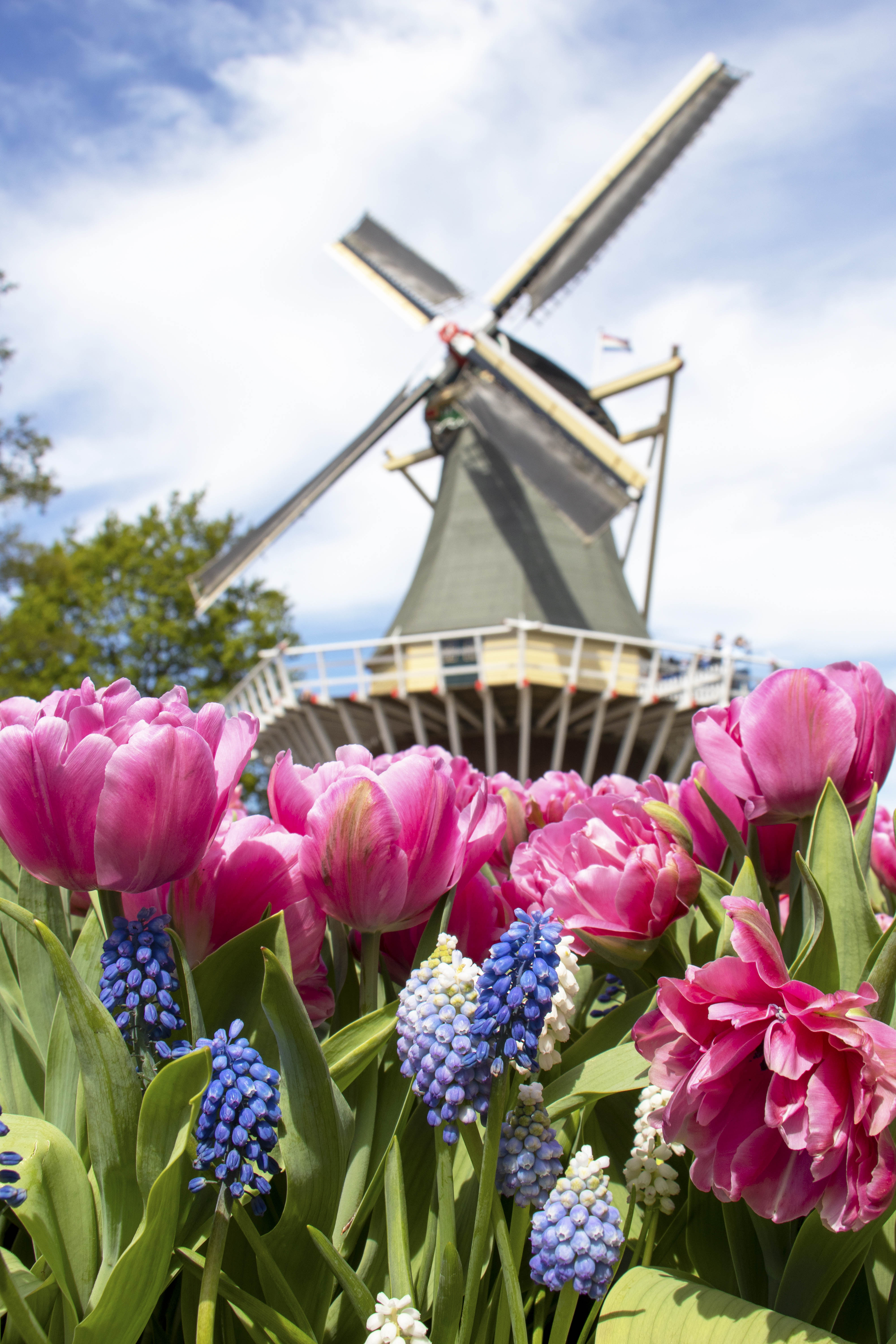 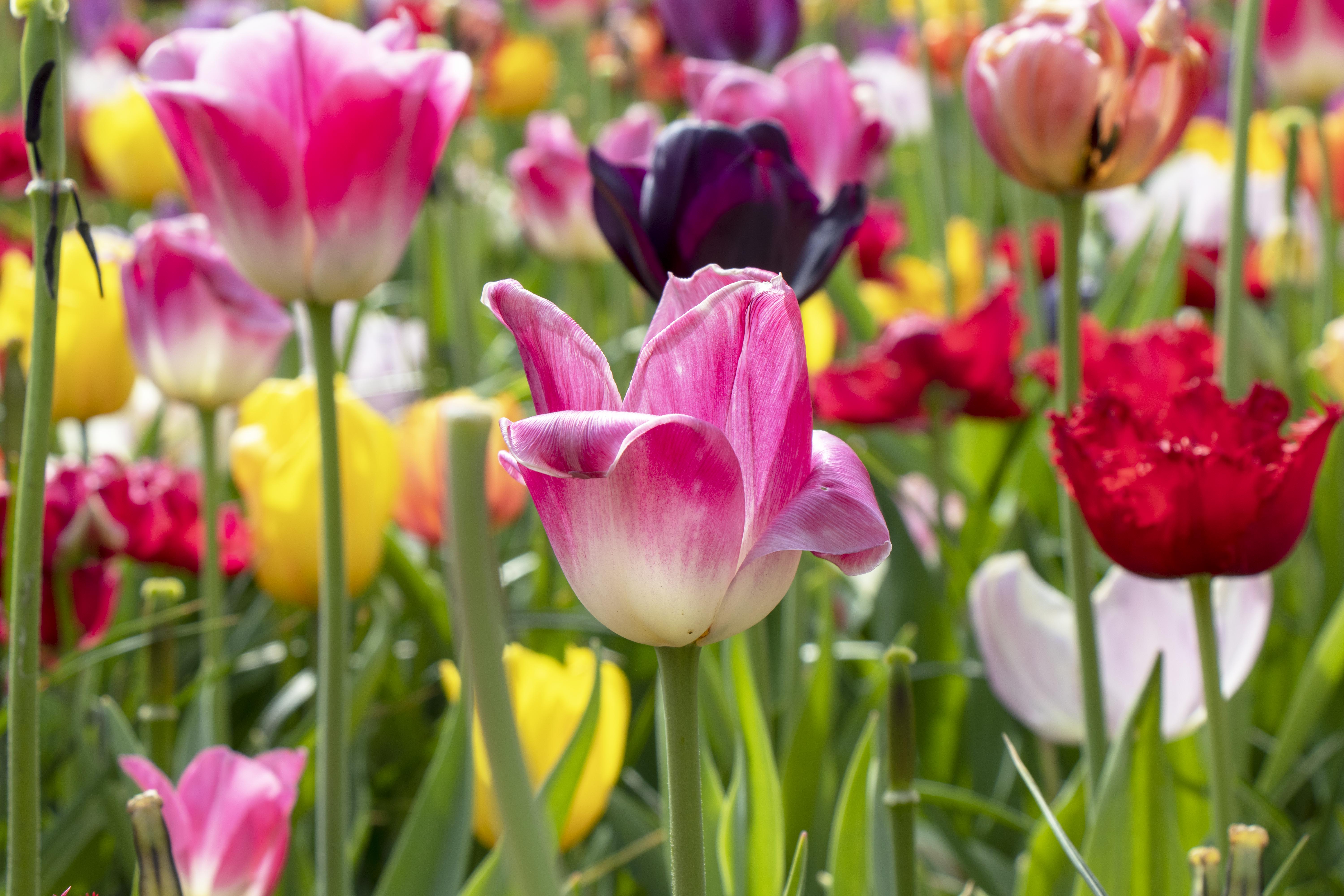 Oh my God, this place! Keukenhof is undoubtedly one of the main tourist attractions in the Netherlands and perhaps even in the world during spring. For just eight weeks every year, usually between late March and early May, this countryside farm transforms into a colourful sea of spring flowers. The pastels! The vibrant orange and red tones! We couldn’t have been more fortunate with the weather. The bright sunshine of mid April meant the tulips were at their best and created the most beautiful patchwork of infinite colours. 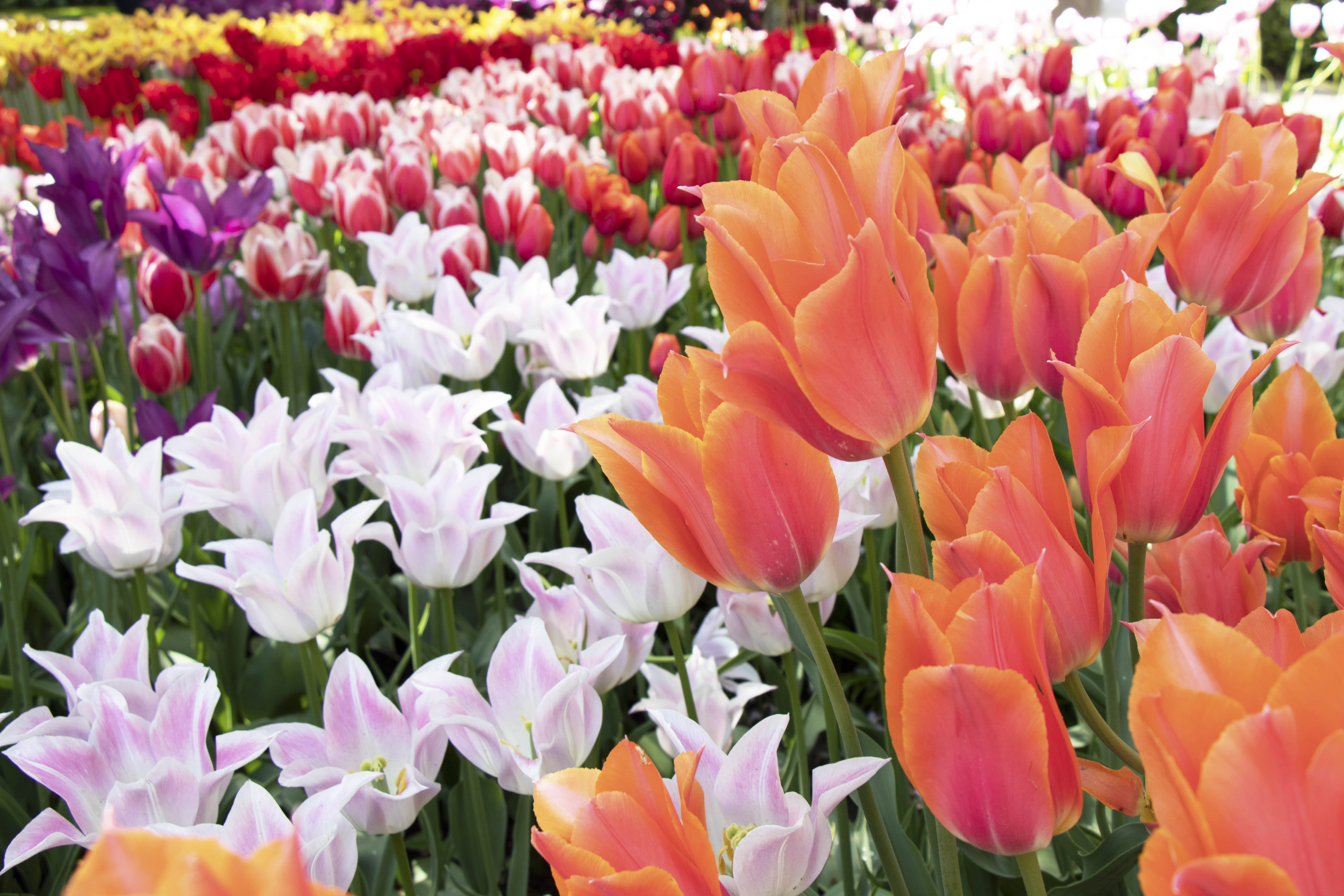 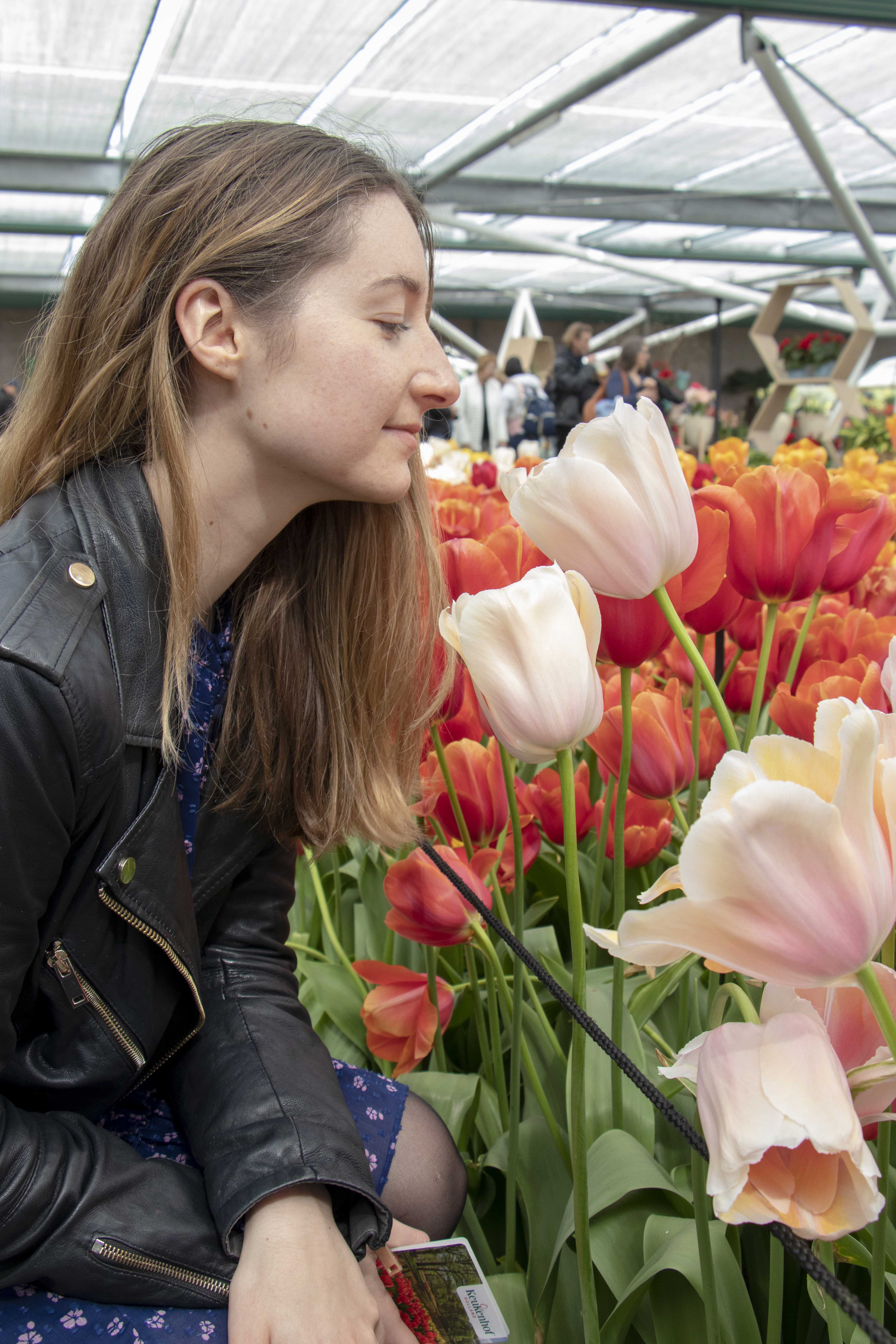 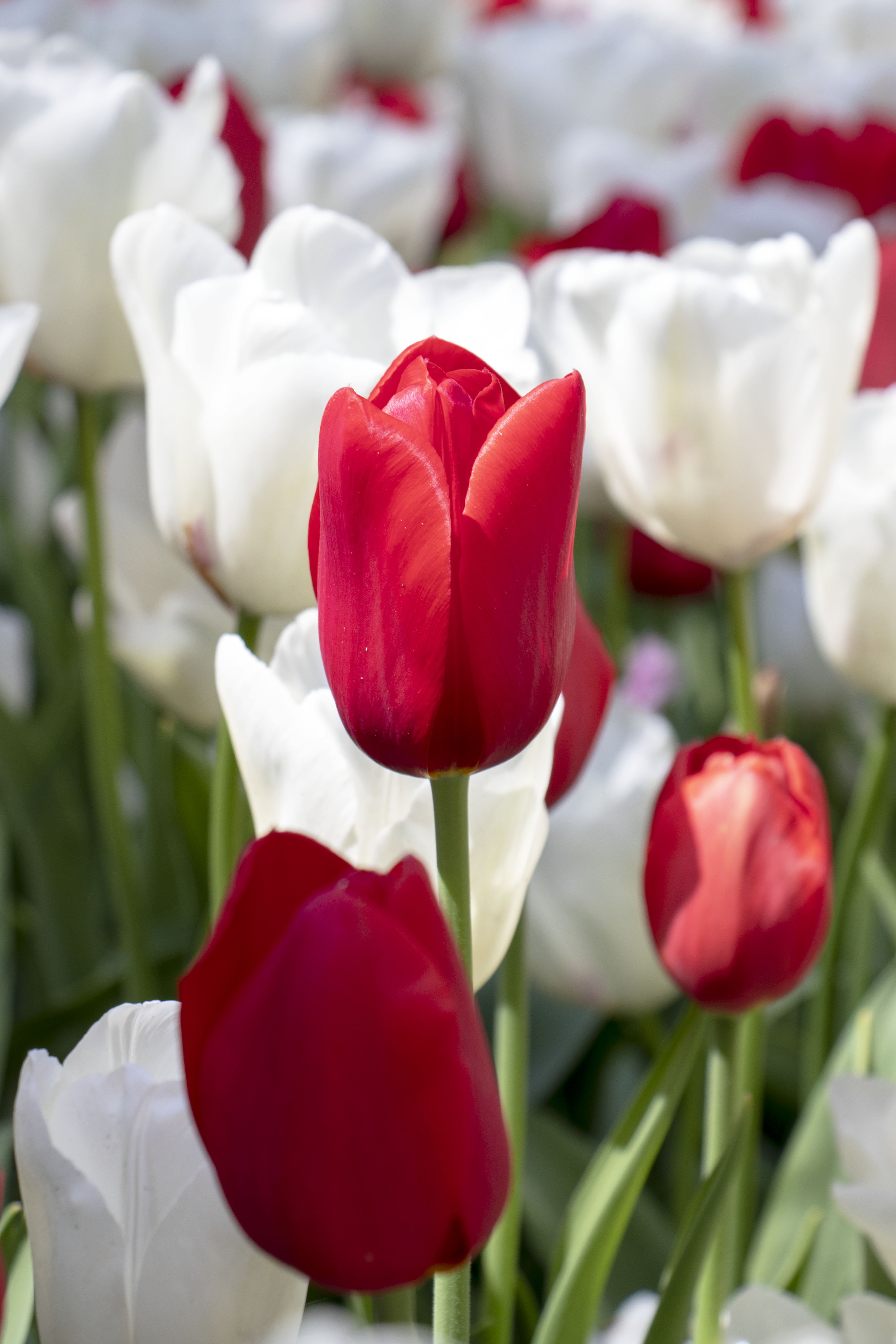 Now here’s a bit of history for you! Contrary to popular belief, tulips aren’t originally from the Netherlands. They were introduced from Turkey in the 16th century, then the Ottoman Empire. Dutch people were so incredibly fascinated by them that their price increased considerably during the Dutch Golden Age. So much that tulips could even cost more than a house! That being said, it’s not a surprise that Keukenhof is a bit of an institution in the Netherlands. Literally “Kitchen Garden“, it was once where herbs were gathered for the kitchen of the Hainaut castle, the former residence of Countess Jacoba van Beieren. In 1840, the land was transformed to accommodate 32 sweeping hectares of spring flowers (I know, casual). And although the seven million plus tulips are the stars of the show, these certainly aren’t the only flowers and surprises at Keukenhof.

What to see at Keukenhof

The gardens and indoor conservatories are all named after Dutch royals – Willem-Alexander, Beatrice, Oranje Nassau, Juliana and Wilhelmina. They are filled with orchids (like we saw at the Kew Gardens Orchid Festival), carnations, roses, beautiful cherry trees in blossom, hyacinths and even lilies. We largely spent the most of our afternoon marvelling at the vivid contrast of the flowers with the surrounding green trees. 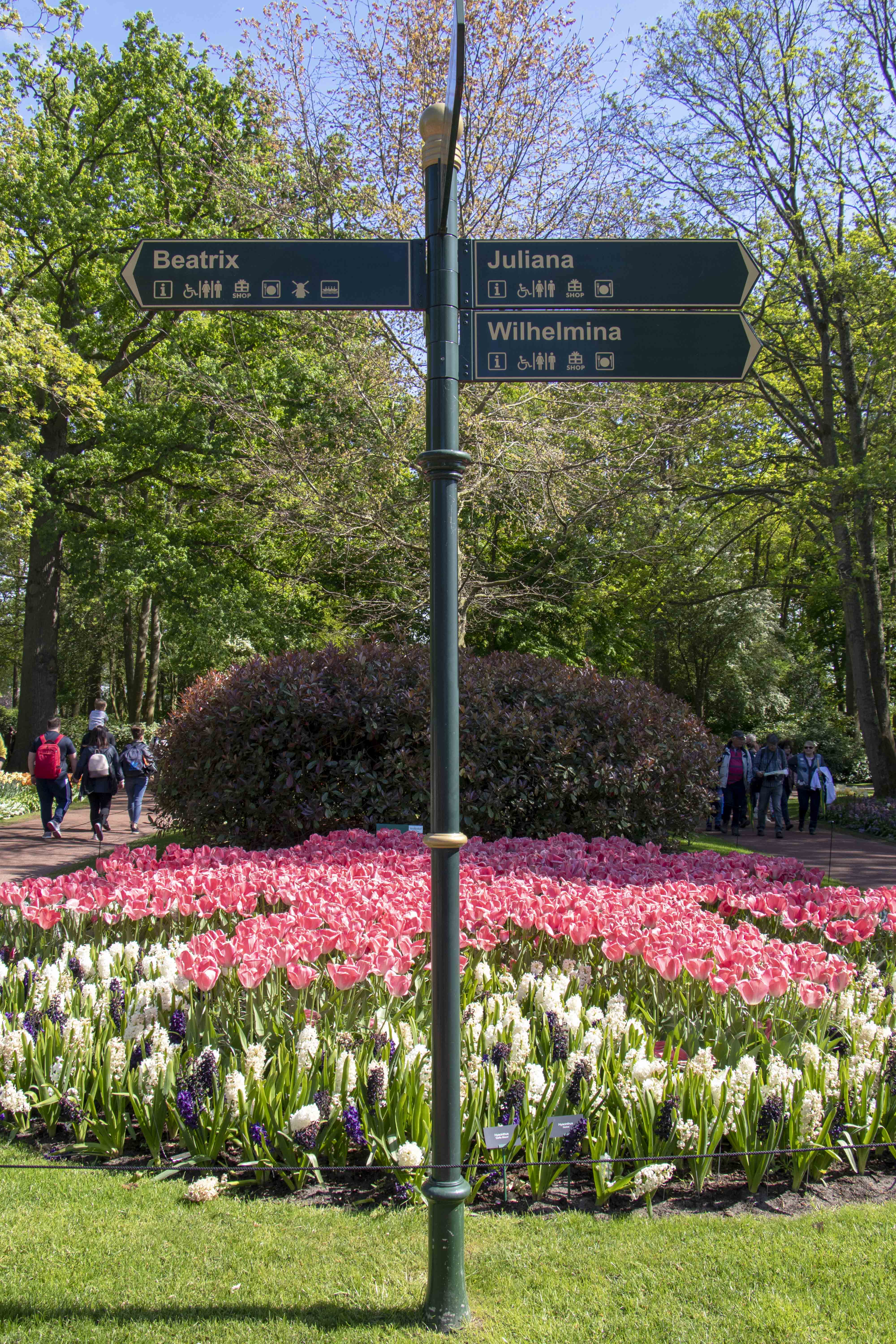 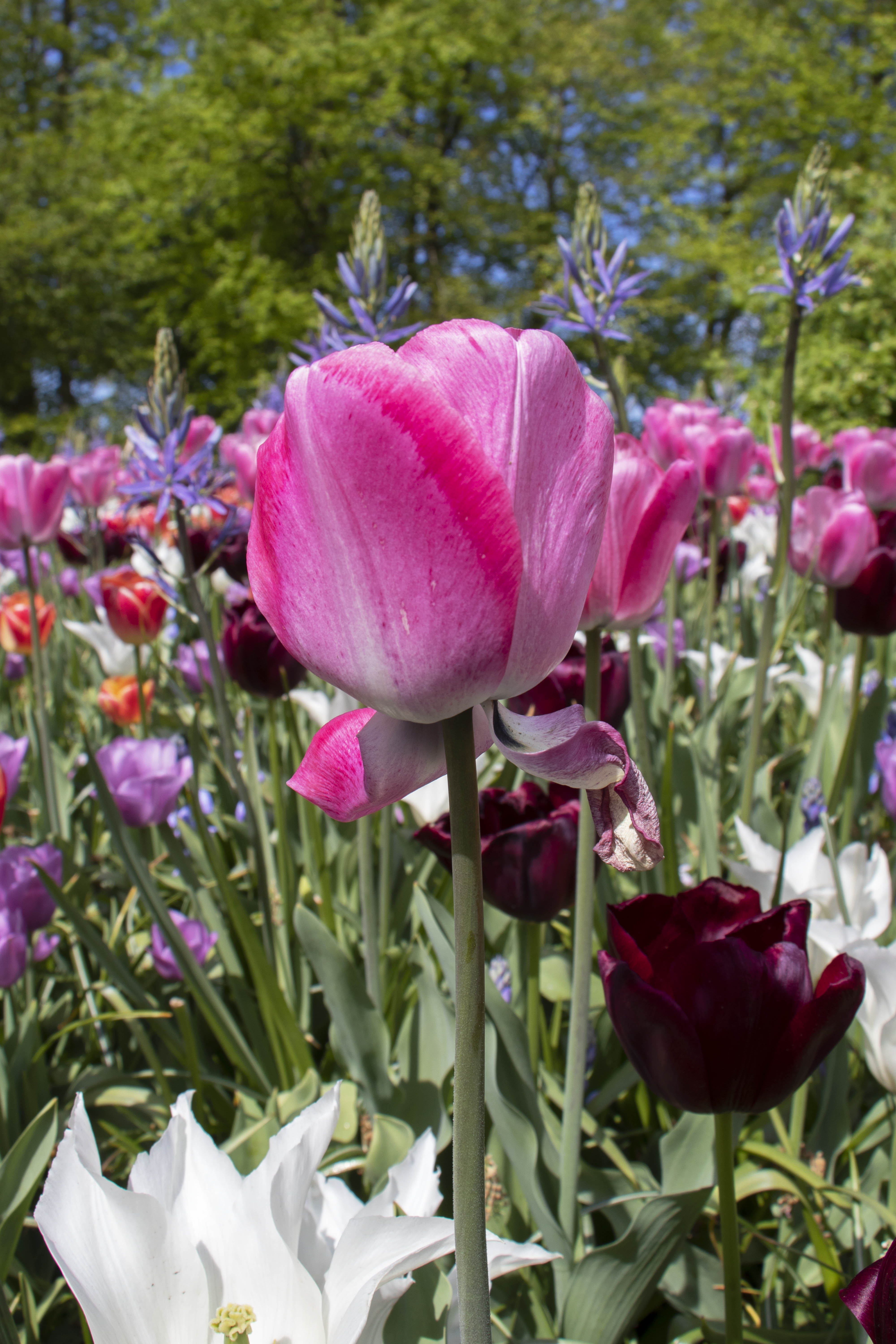 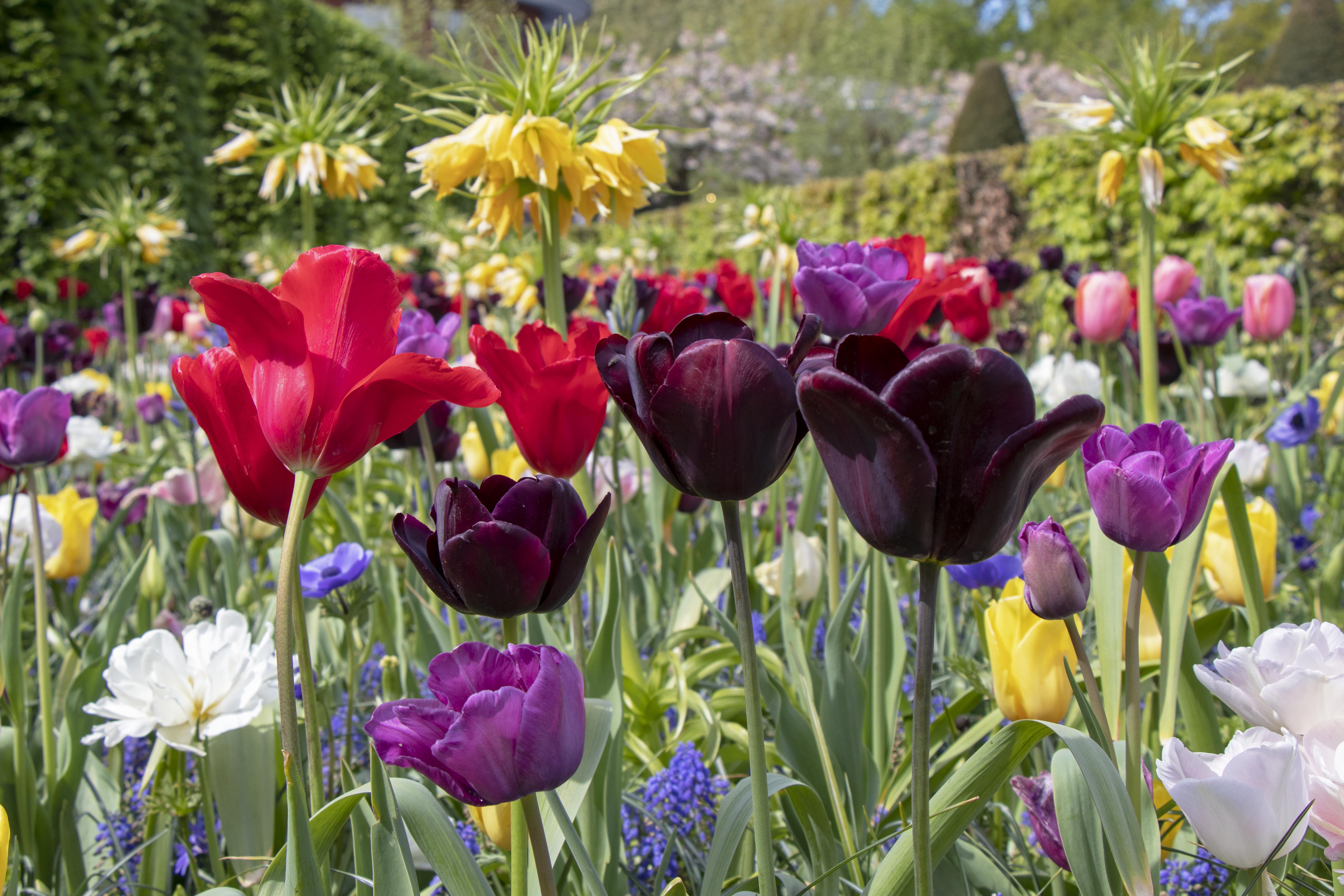 Another very exciting bit are the twenty-four sculptures by different artists dotted throughout the gardens. Not to mention the maze with hidden lookout points, canals, a farm and a traditional Dutch windmill overlooking the tulip fields. Not only did we get to go inside the windmill (I know!), but we had the pleasure of experiencing a typical Dutch panorama. I must admit I felt very pleased to finally tick this very much “tourist mode” moment off my travel bucket list. 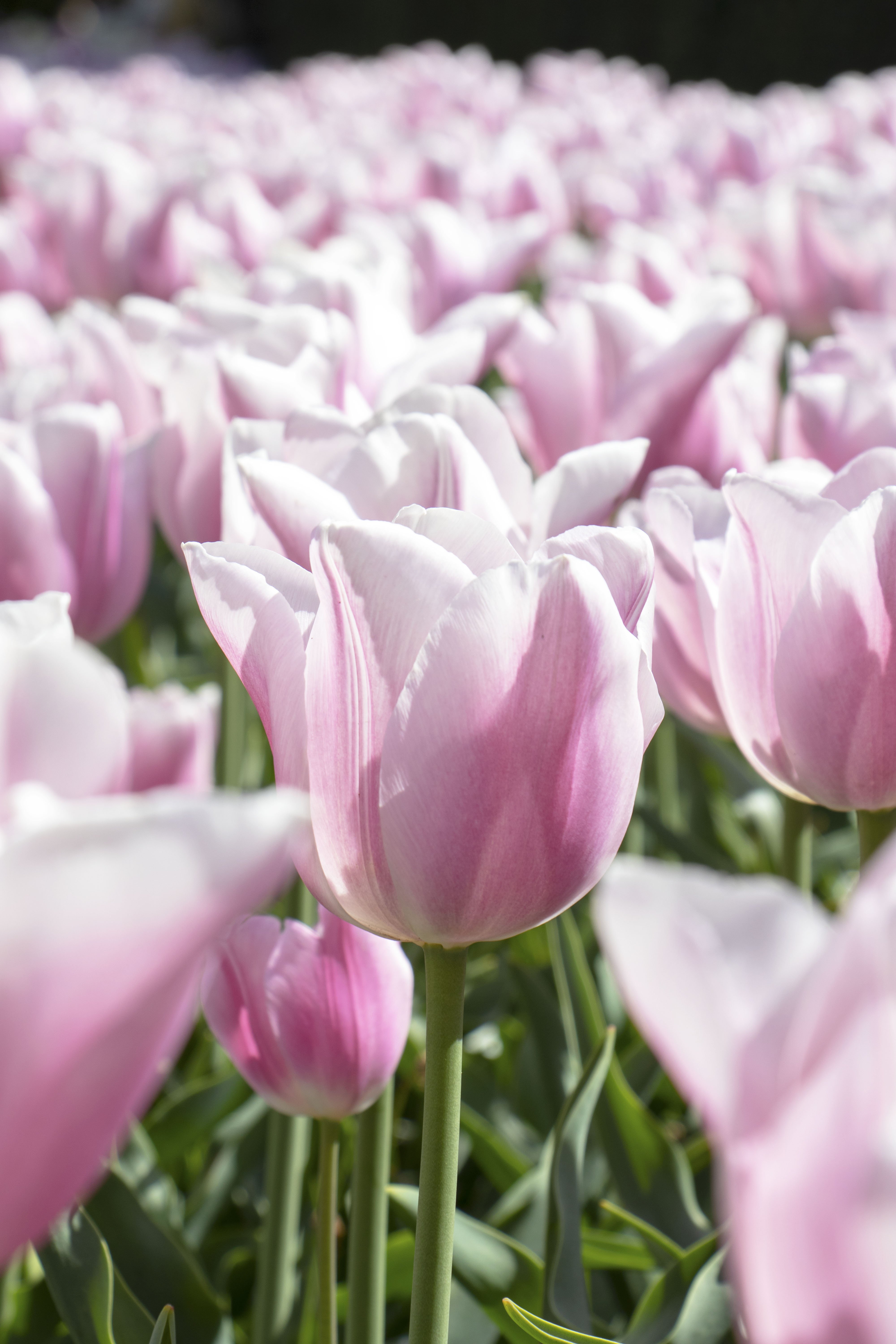 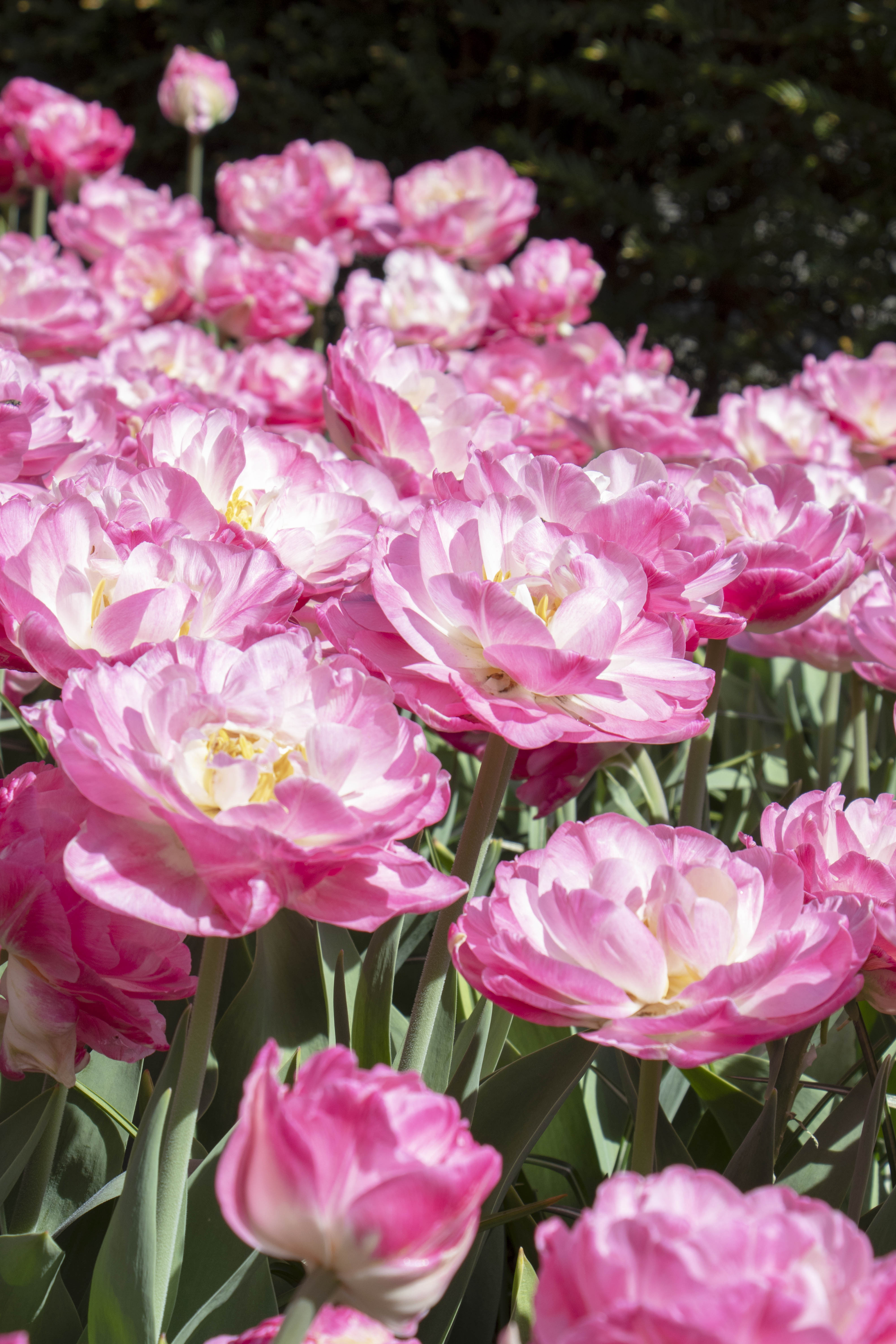 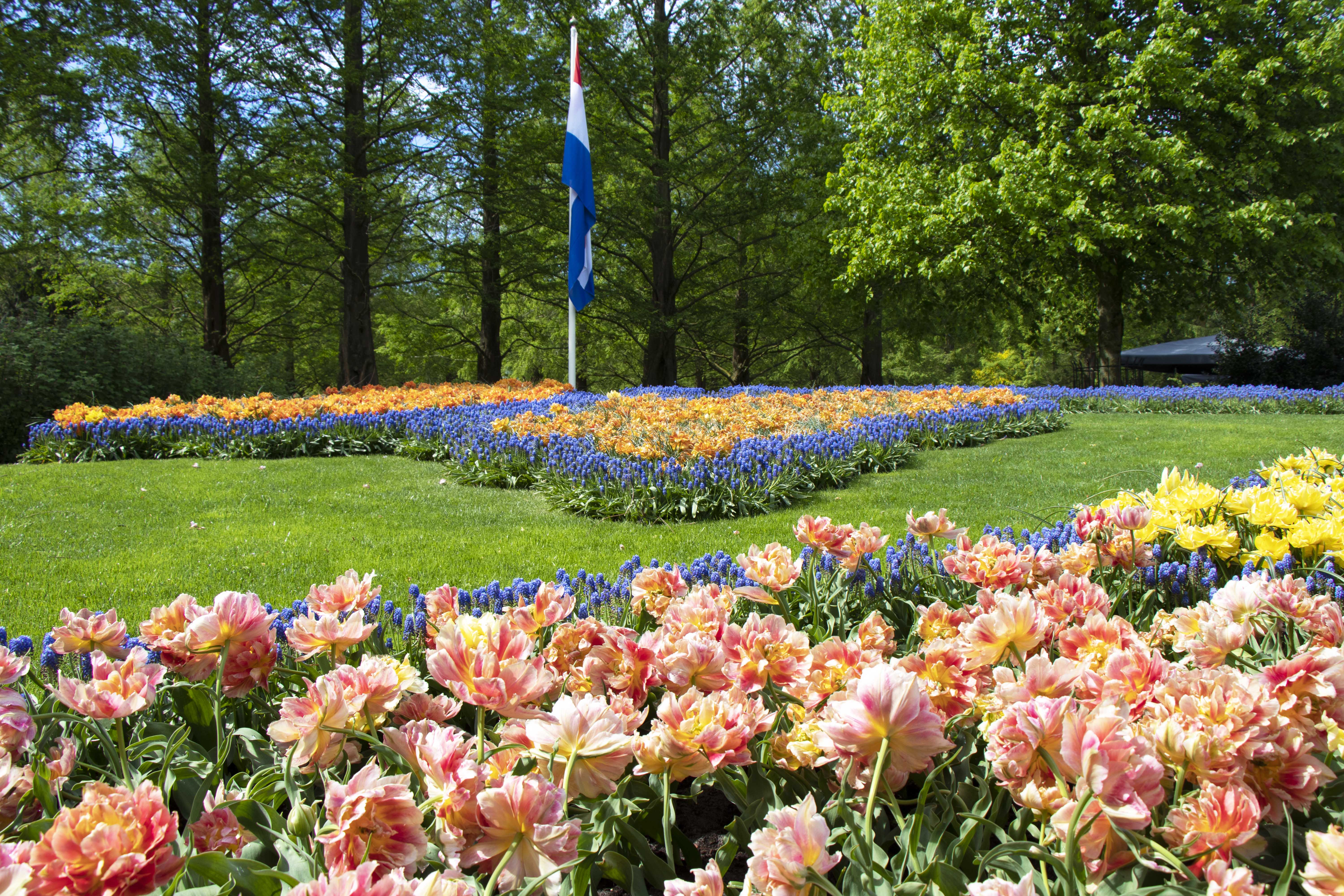 How to get to Keukenhof

The best way to get from Amsterdam to Keukenhof is by bus, car or train. Out of the three, and mainly due to the lack of a car, a quick bus round trip on the same day seemed like the easiest and most comfortable option for us. Plus, there’s something quite incredible about the moments in-between the start and end of your journey. Especially when you get to see the Dutch countryside from the window!

Luckily, Keukenhof offers the option to pre-book either just an entrance ticket for 17€ or a combination ticket. The latter includes an entrance fee and return transport. A bonus for those who like skipping long queues! The direct buses to Keukenhof included are:

All of them cost 25€, except the one from Amsterdam, which is slightly pricier – 30€. However, if you are up for an adventure and fancy driving all the way there, a Keukenhof parking ticket will cost you an extra 6€. It’s only 38.7km after all! 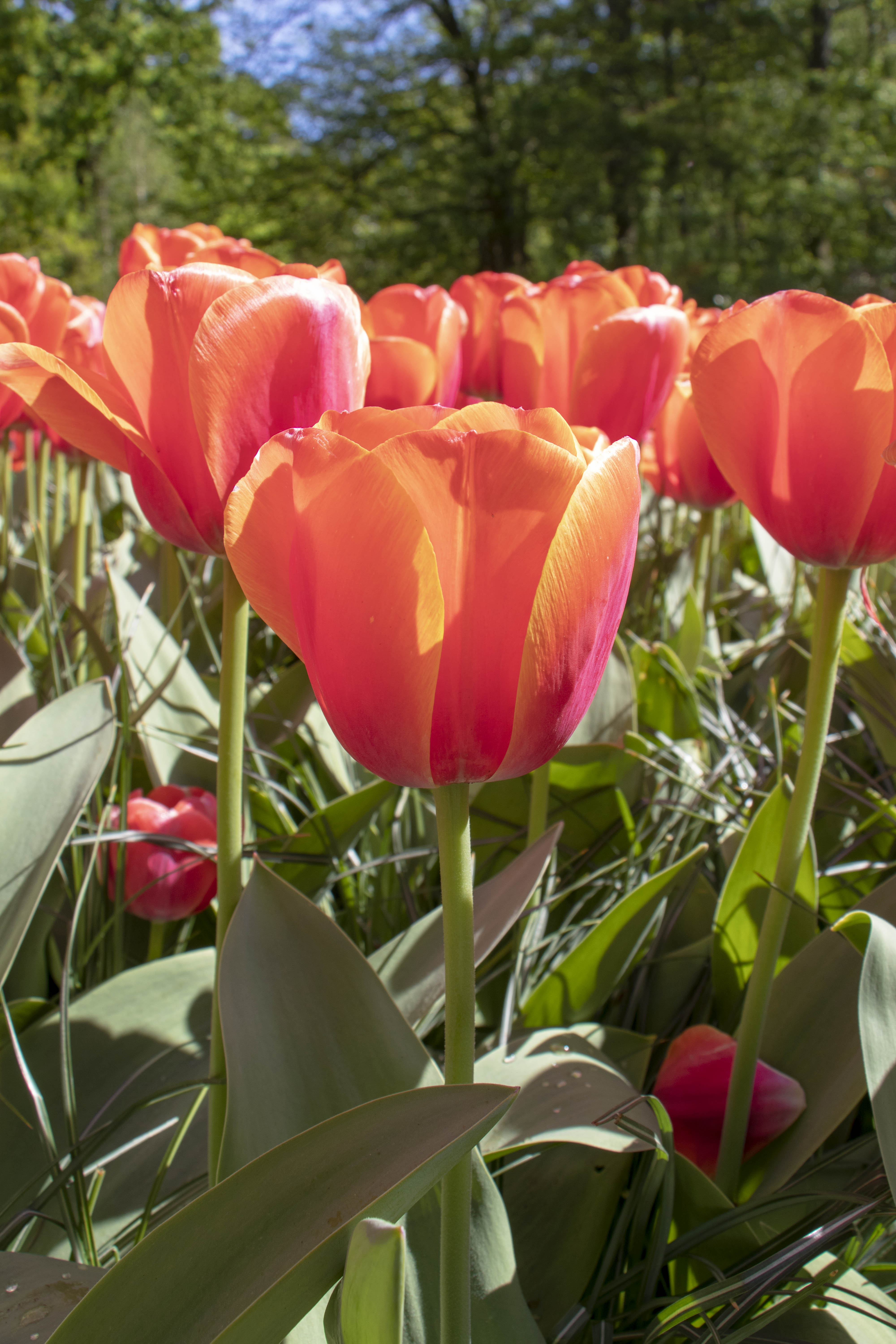 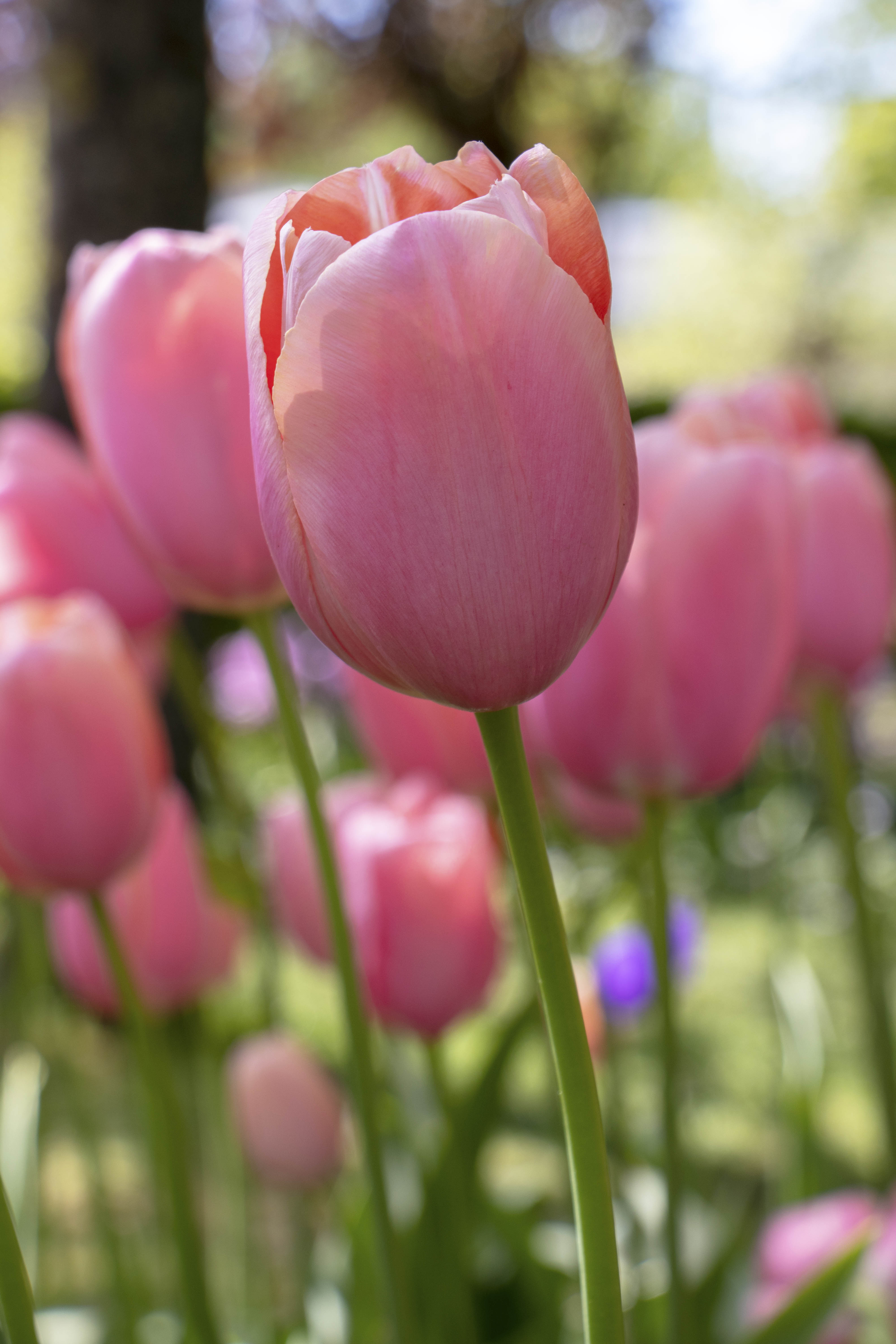 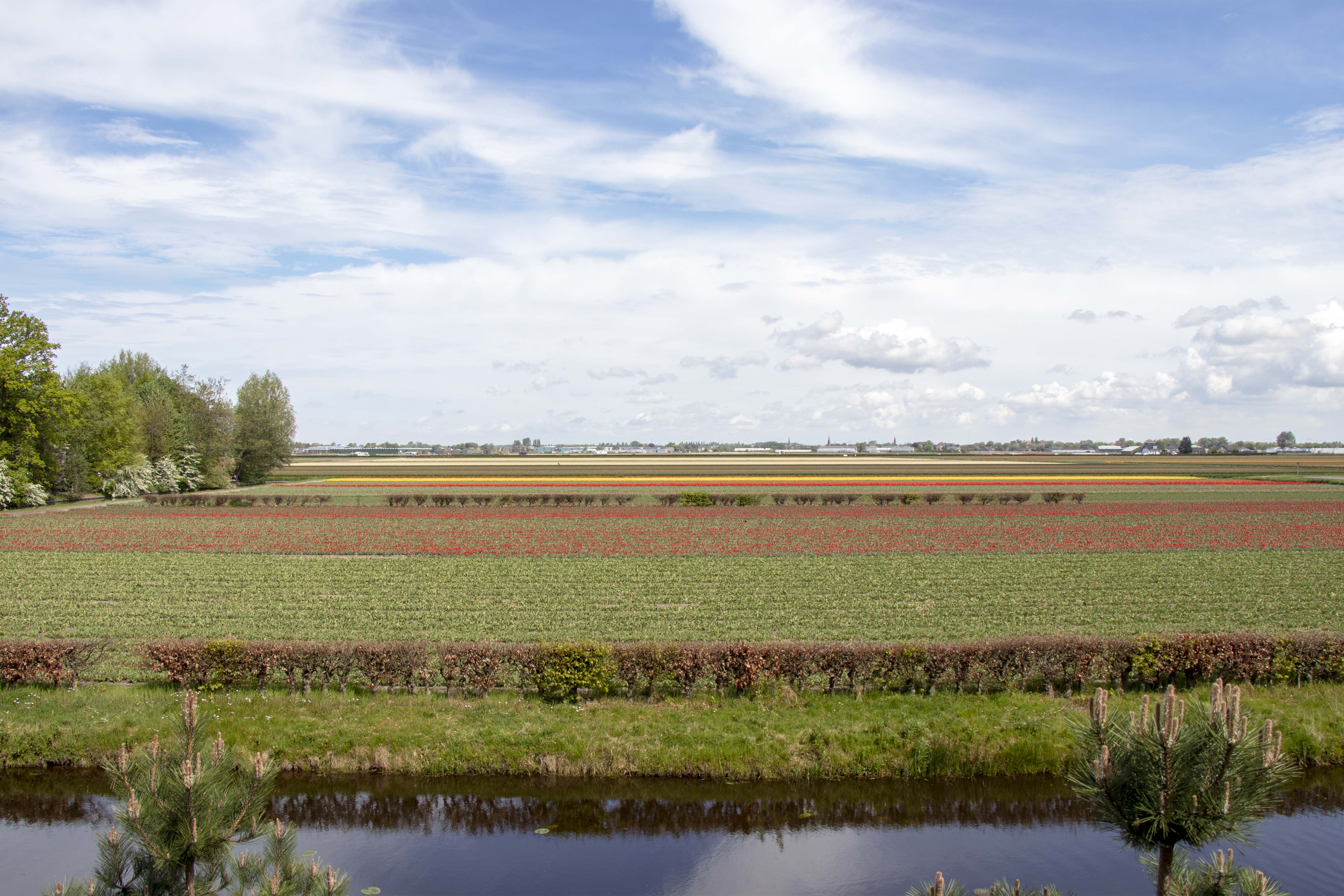 Is Keukenhof worth a visit?

Absolutely! It was so special visiting Keukenhof and it really offered something different to a regular city break to Amsterdam. The endless views of photogenic and vibrant tulips meant we really got to soak all the dazzling beauty of the Dutch countryside in. With Keukenhof having so much to offer, I highly recommend popping by when you get the change – that is, during primetime spring!

Have you been to Keukenhof or seen the Dutch tulip fields before? Where’s your favourite place to visit when during Spring? If you loved our post, please leave us a comment, pin some photos and show us some love on social media using the buttons below

A weekend in Brighton | TRAVEL GUIDE

Best places to visit in the Cotswolds | TRAVEL GUIDE