Alcatraz. The Rock. The most famous high-security prison in the world located on Alcatraz Island, only a mile and a quarter away from San Francisco. We’ve read about Alcatraz prison in books, we’ve seen it in movies (Clint Eastwood’s Escape from Alcatraz is featured on our Best movies set in San Francisco post!) and we’ve heard endless stories about its famous inmates.

Almost everyone visiting San Francisco has Alcatraz prison on their bucket list. To make it easier for you, I’ve created a complete Alcatraz guide, including important information and everything you need to know to plan your trip to Alcatraz. 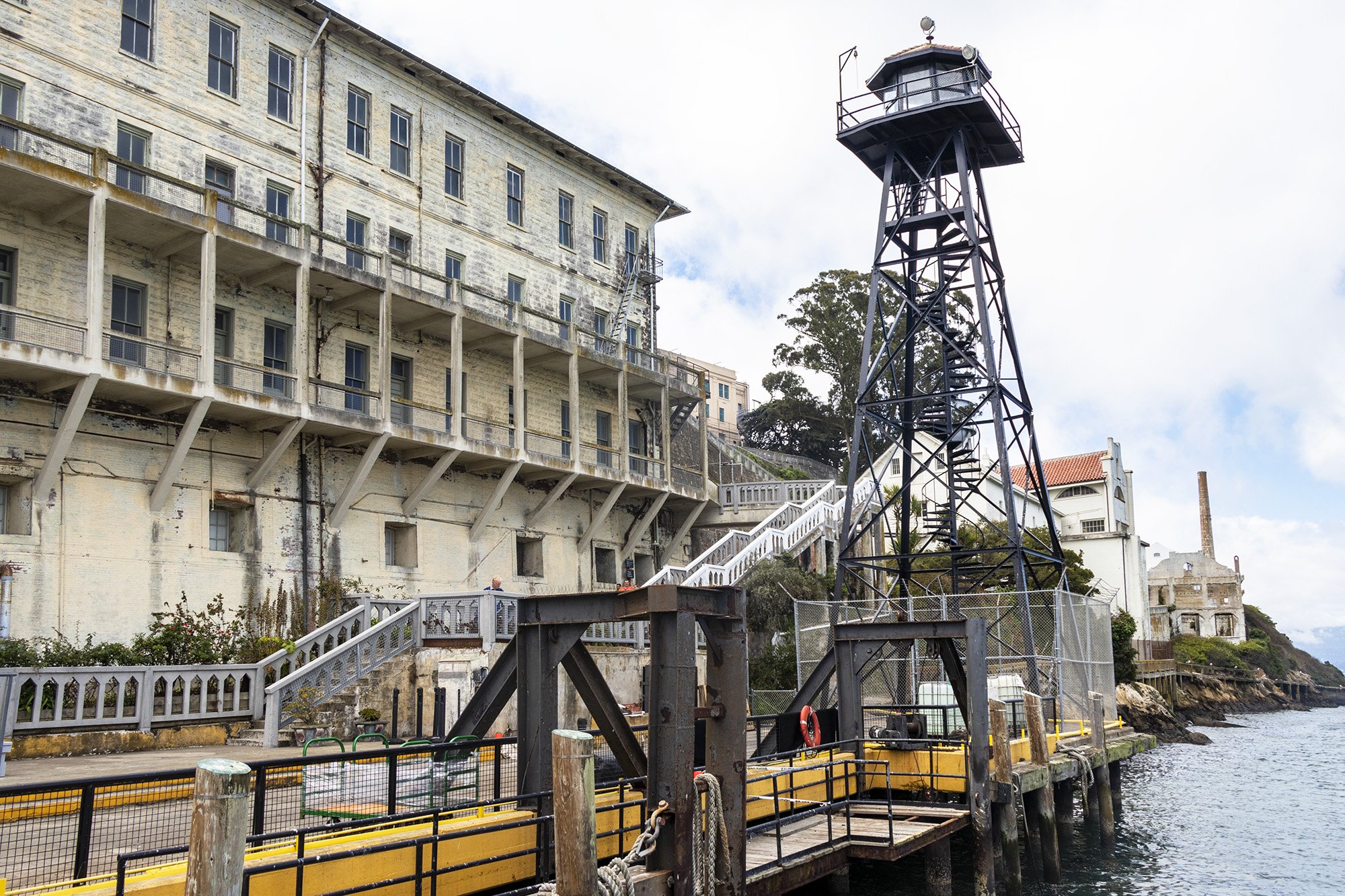 Alcatraz Island is mostly known for its use as a high-security federal prison from 1934 to 1963. Before that however, it was a military fort, a military prison and even a lighthouse (the first lighthouse on the Pacific Coast from 1854!). During its time as a federal penitentiary, it was home to not only inmates, but also to the correctional officers, the warden and their respective families.

Alcatraz was closed in 1963 by order of US Attorney General Robert F. Kennedy. The last prisoner off Alcatraz island was Frank C. Weatherman, a gun smuggler. The Rock was briefly occupied by American Indian activists (you can read more about this further down). It’s now managed by the National Park Service and is part of the Golden Gate National Parks Conservatory, holding a huge historical significance. 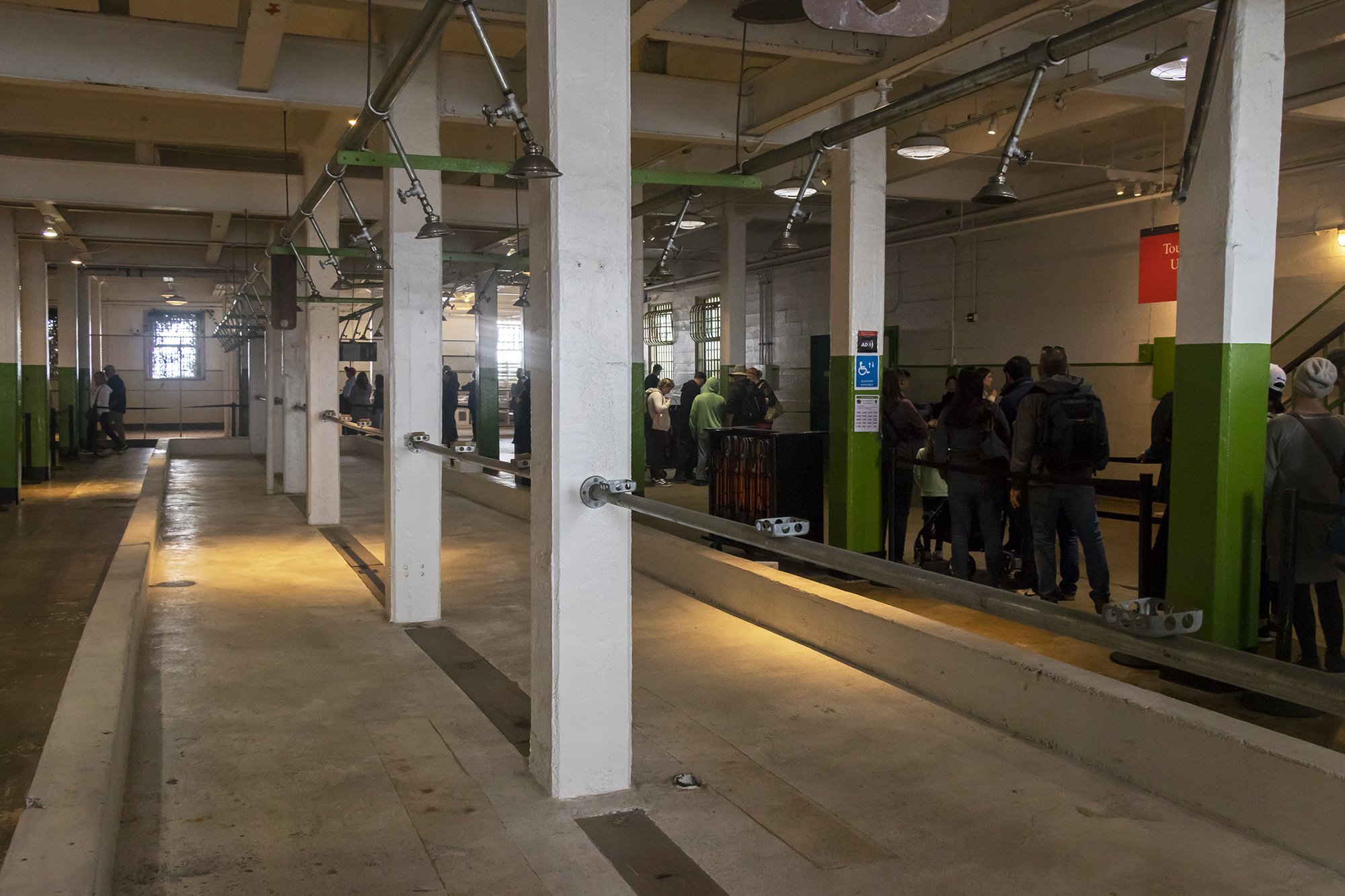 Since its opening in 1934 until its closure in 1963, a total of 1,545 men did time in Alcatraz. The majority of them were incorrigible prisoners coming from other institutions, either violent or considered escape risks. They remained here an average of 8 to 10 years until they were no longer considered dangerous.

Some of the most famous Alcatraz prisoners include: 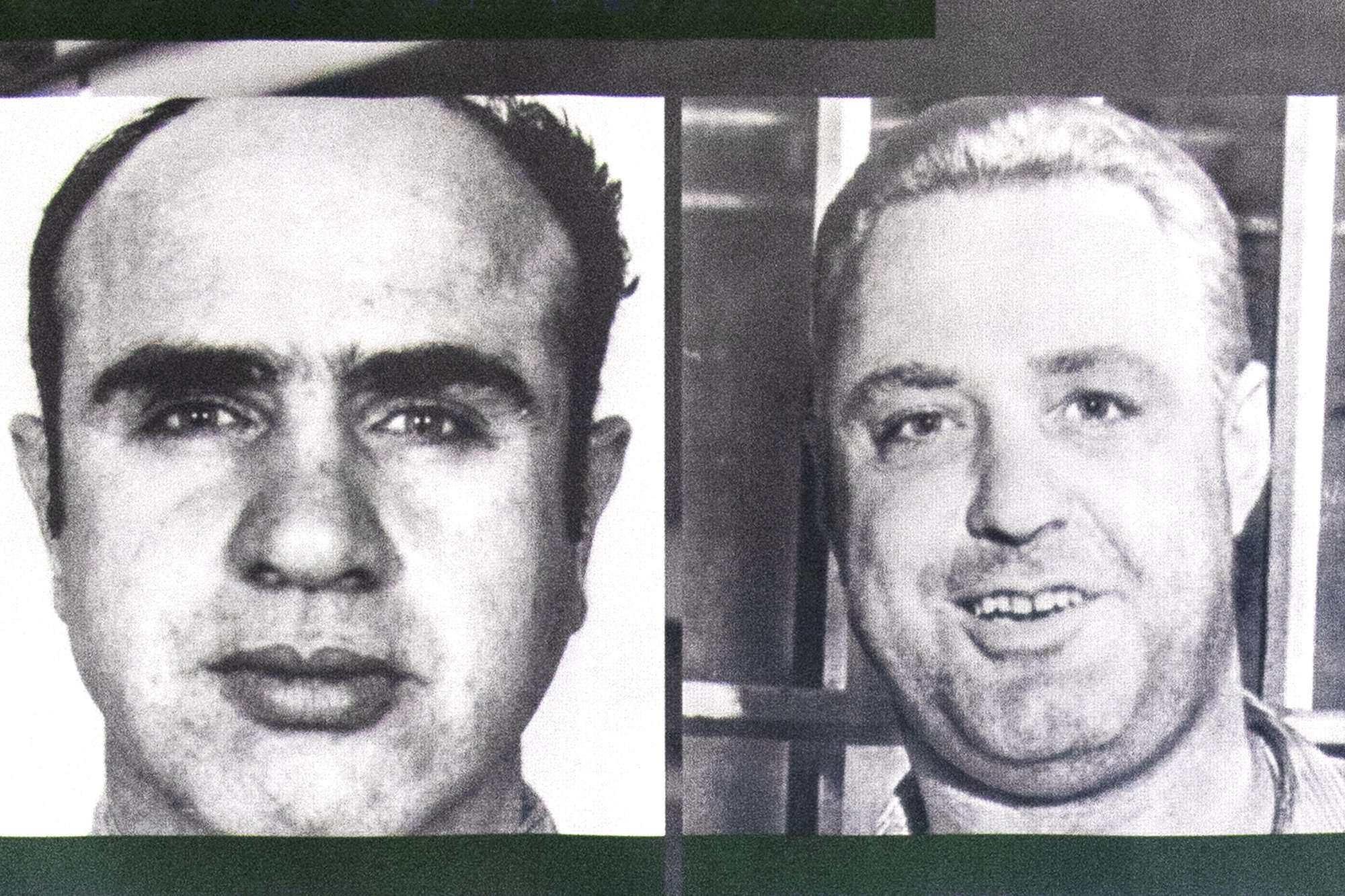 A total of 14 escapes from Alcatraz prison were attempted, but there’s one that stands out as the most elaborate. On the evening of 11 June 1962, prisoners Frank Morris and brothers Clarence and John Anglin were able to escape from their cells and left Alcatraz Island thanks to a makeshift raincoat floating raft, homemade wooden paddles and life vests. They are thought to have drowned, but since their bodies were never found, the true result of the most famous Alcatraz escape remains a mystery!

Their plan consisted of escaping through a loosened air vent in their cell wall. This led into an unguarded utility corridor and up to a concealed area above the the cell block where they set up a secret workshop. To fool the night guards, they created dummy heads out of plaster, paint and pieces of their own hair and arranged them in a sleeping position on their beds.

After the prison closed in 1963, Alcatraz Island was occupied by a group of American Indian activists as a statement for the American Indian rights movement. In fact, The Rock was occupied a total of three times: once in 1964 for just four hours, and twice beginning in 1969 and ending in 1971.

They reclaimed Alcatraz Island in the name of the “Indians of All Tribes” and offered to buy it from the Federal Government for $24 in trade goods. However, they were finally removed from The Rock after the struggle to supply them with food and water became imminent. 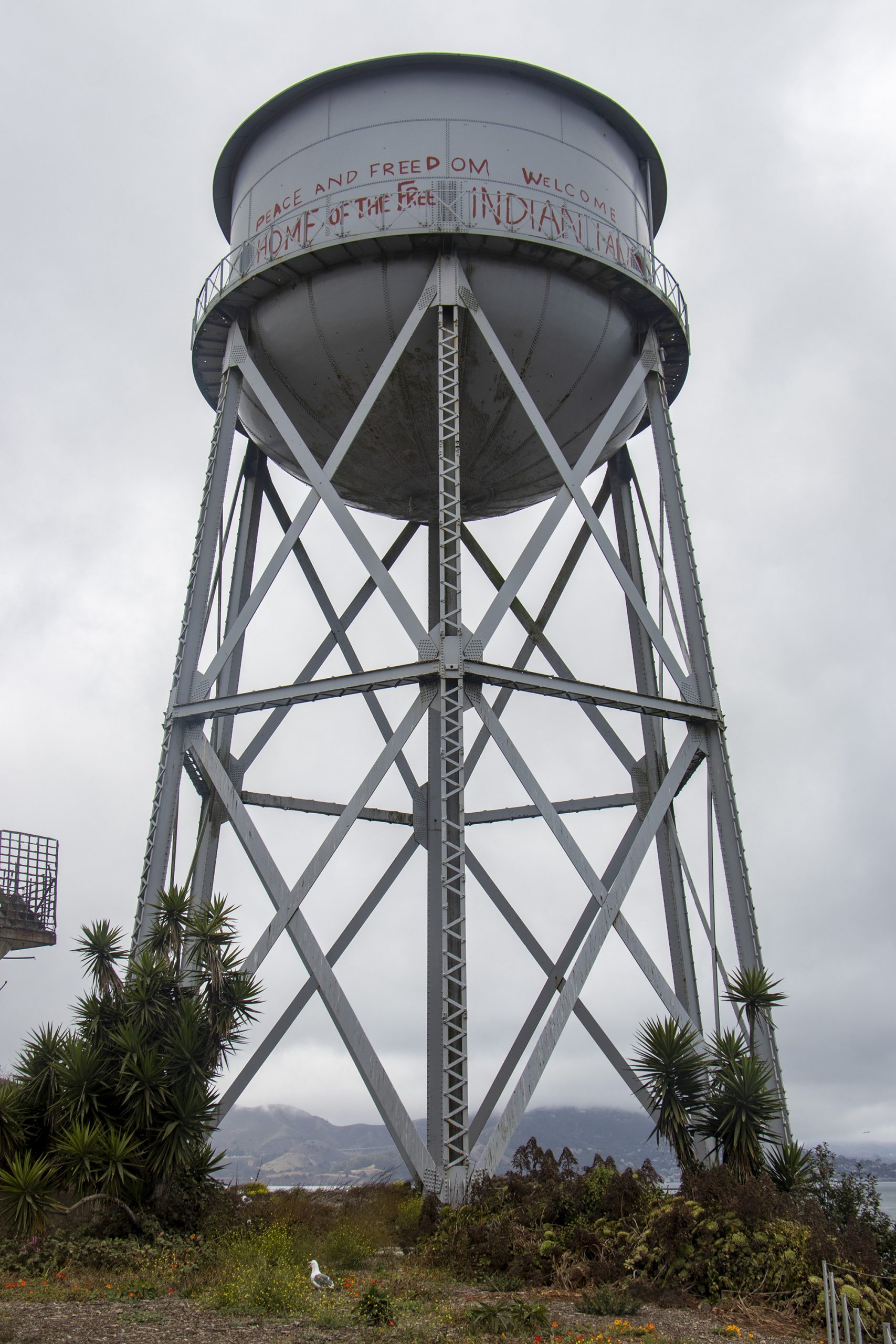 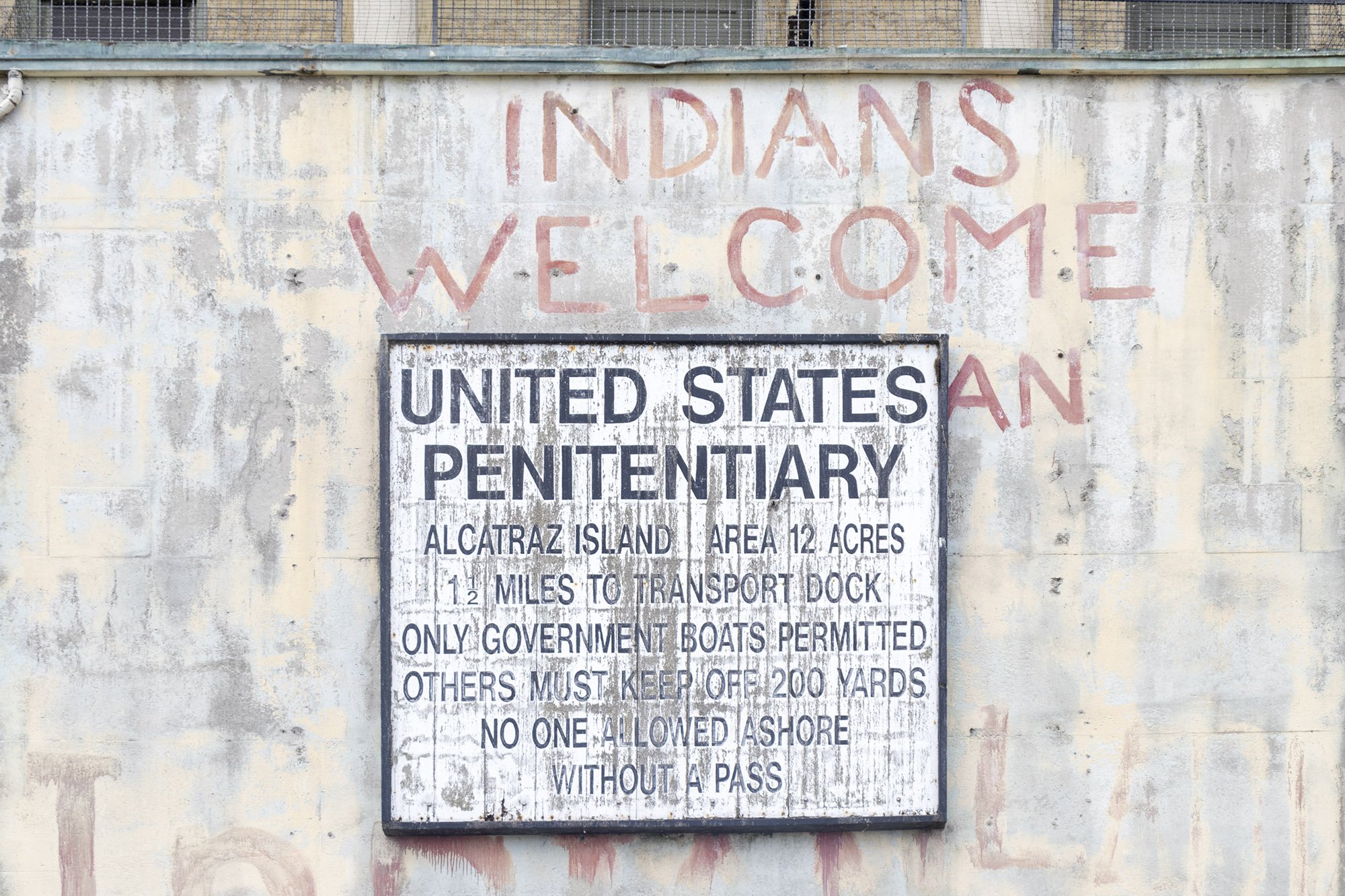 Also known as The Battle of ’46, it resulted in the death of three inmates and two prison guards. Prisoner Bernard Coy took advantage of Alcatraz prison’s security flaws, used a makeshift bar spreader to squeeze between bars and entered the gun gallery to access some weapons. Five other inmates joined him and helped hold guards hostage. By the time they located the key to the recreation yard (which would secure their escape), the door was jammed from trying the wrong keys. The recreation key had been previously concealed (against regulations) by officer Miller, later killed. This resulted in the prisoners being trapped in the cellhouse. 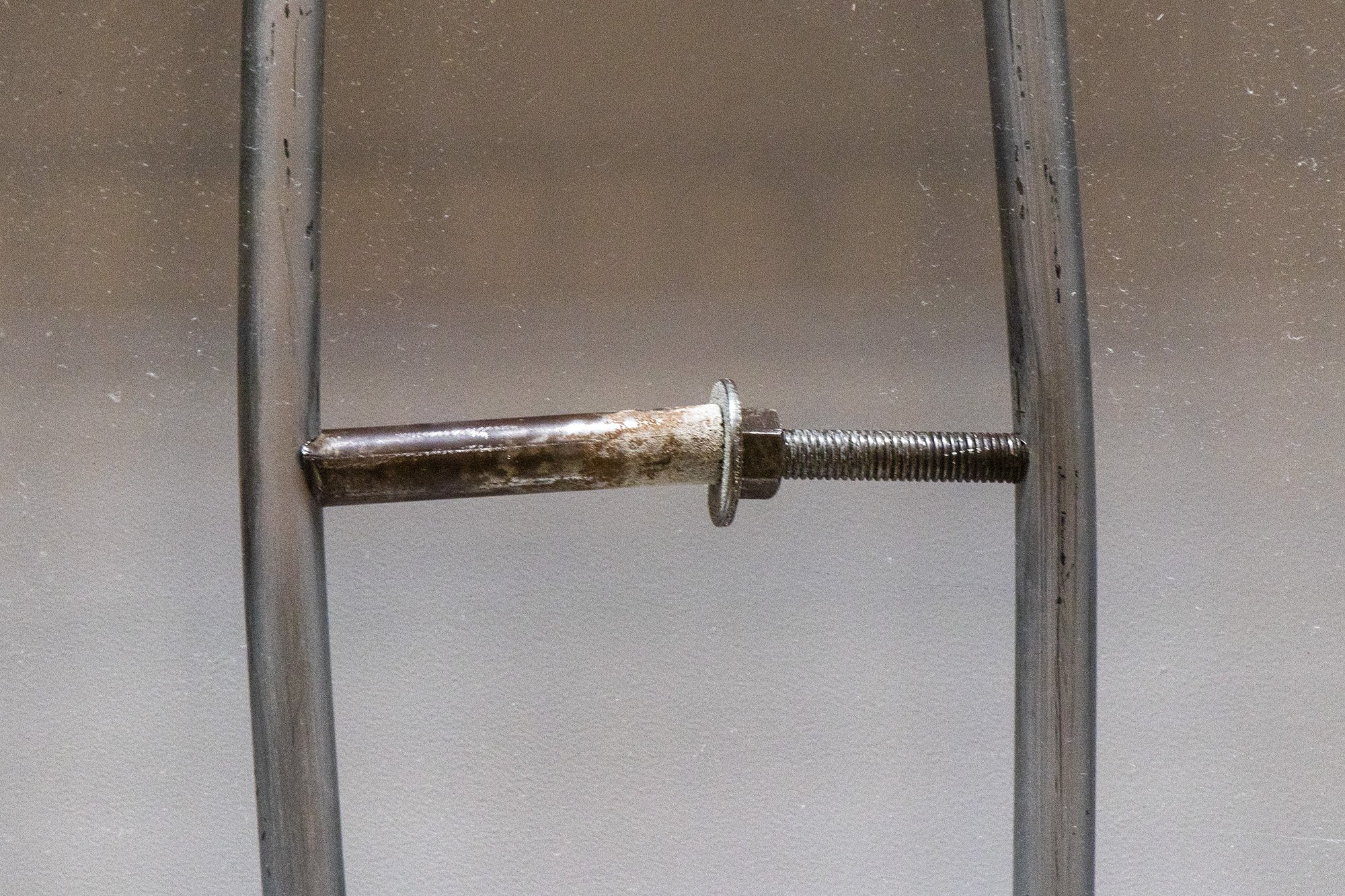 6. Important information for before you visit Alcatraz Island

The only way to access Alcatraz Island is through Alcatraz Cruises. This is the official ferry of the San Francisco jail and includes a roundtrip to The Rock and back, as well as a selection of tours to visit the island’s buildings. 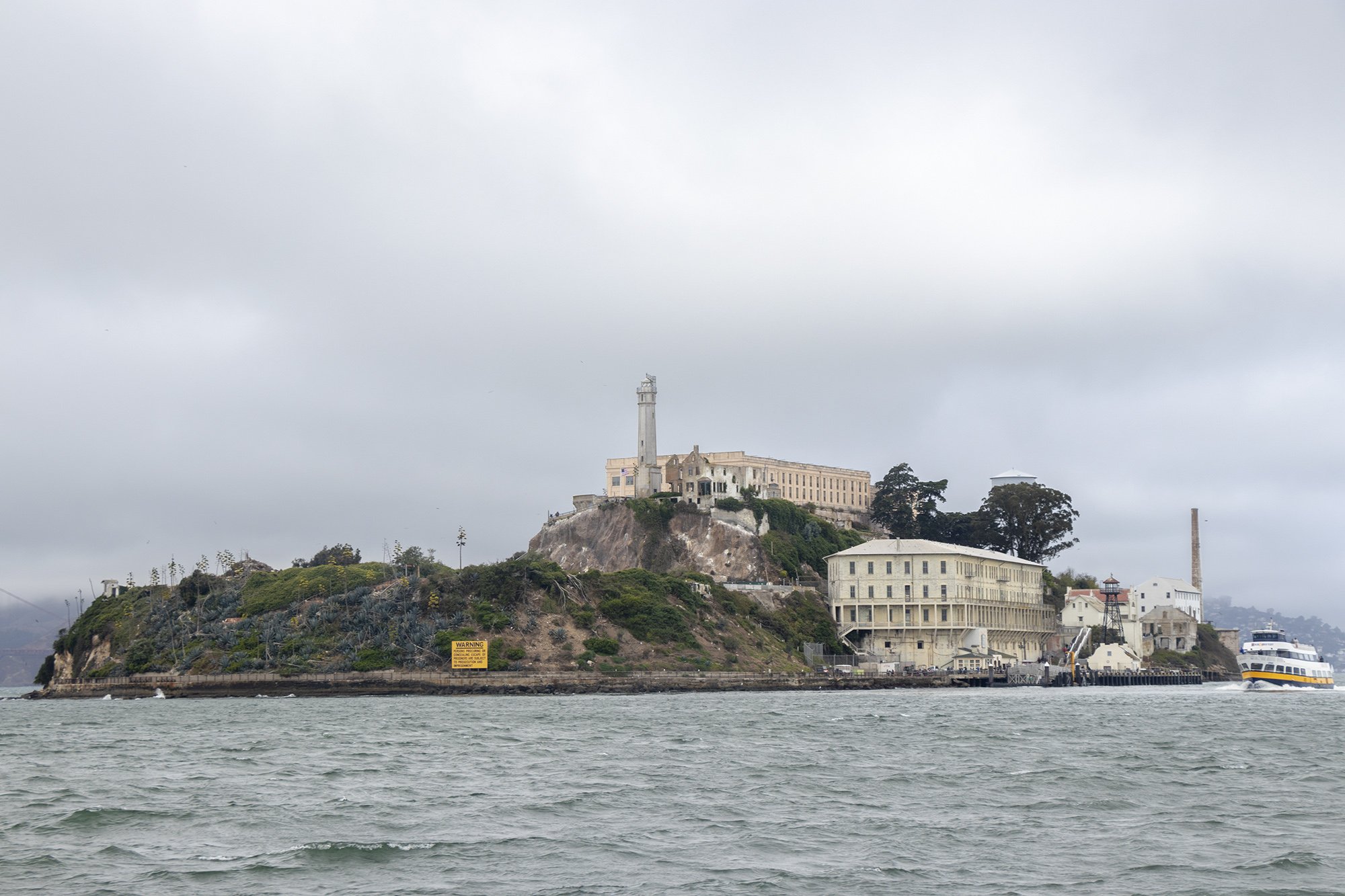 Alcatraz tickets can be bought either online or at the Alcatraz Cruises Ticketbooth and include the ferry ticket and access to Alcatraz. We recommend buying them online in advance, as Alcatraz cruise tickets can sell out and same-day tickets might not be available to purchase onsite.

Alcatraz ticket prices range from $24.40 for children to $39.90 for adults for Day Tours. Senior and family pack tickets are also available.

Alcatraz opening hours vary between seasons – from around 8.40am to 6.30pm in spring/summer, and 9.10am to 4.45pm in autumn/winter. Make sure you check the Alcatraz Cruises website in advance to plan your trip.

Ferry departure times are available around every half an hour.

Alcatraz is open every day expect for Christmas, Thanksgiving and New Year’s day.

San Francisco’s weather is unpredictable and changes constantly. You can expect fog, clouds, rain and sun on the same day. We recommend bringing comfortable shoes, suncream, layers and a raincoat if possible. This also comes in handy when travelling on the ferry, as the cold water from the waves often makes its way onboard.

We recommend allowing around 2.5h-3h to explore Alcatraz. The Day Tour is the best way to see Alcatraz at your own pace. It includes a round boat trip from Pier 33 Alcatraz Landing to Alcatraz Island and back, as well as exploring the outside buildings and the prison cellhouse.

An Alcatraz Night Tour, Behind the Scenes Tour and a combo Alcatraz and Angel Island Tour are also available throughout the year.

Apart from the areas mentioned above, you’ll be able to explore:

Audio guides are available in different languages and are provided at the entrance of the cellhouse. The Alcatraz cellhouse audio tour is a great way to learn more about life in the prison thanks to excerpts narrated by former inmates and correctional officers. Once inside Alcatraz prison, you’ll be able to enter some cells and solitary confinement cells, as well as the showers, library, cafeteria, recreation yard and the warden’s office. You’ll also be able to see the cells of Frank Morris and the Anglin brothers. Also, the grenade marks on the cell house floor and the spread iron bars from the Battle of ’46.

Remember to also visit the Alcatraz shop to get a souvenir to remember your visit too. I bought a postcard to add to my postcard collection!

Have you been to Alcatraz before? Is there anything that I’ve missed and you would recommend or anything else you’d like to know about Alcatraz? I’d love to know! If you loved our guide to Alcatraz, please leave us a comment, pin some photos and show us some love on social media using the buttons below.

Biking across the Golden Gate Bridge or around Golden Gate Park – Routes, maps, sights and more!

Best pastries and desserts in Paris