Things to do on a weekend in Bath | TRAVEL GUIDE

Bath is one of the most picturesque corners in the UK. Located in the county of Somerset, in the southwest of England, Bath somehow evokes a mix between a metropolitan, urban feel and an idyllic English countryside atmosphere. Being an hour an a half train ride from London and an even shorter drive from Bristol, it’s become a preferred destination for those seeking a natural spa treatment, a short getaway from the hustle and bustle of the big smoke and quite charmingly, Christmas markets lovers.

From the Romans to its world class Palladian and Georgian architecture, honey-coloured Bath stone buildings and winding cobbled streets, it’s no wonder the whole city is a UNESCO Heritage site. Its rather small size also means you can easily see it in a day or two. And yes, I mean by foot! Who needs public transport when you have 2,000 year old Roman Baths waiting to be explored? 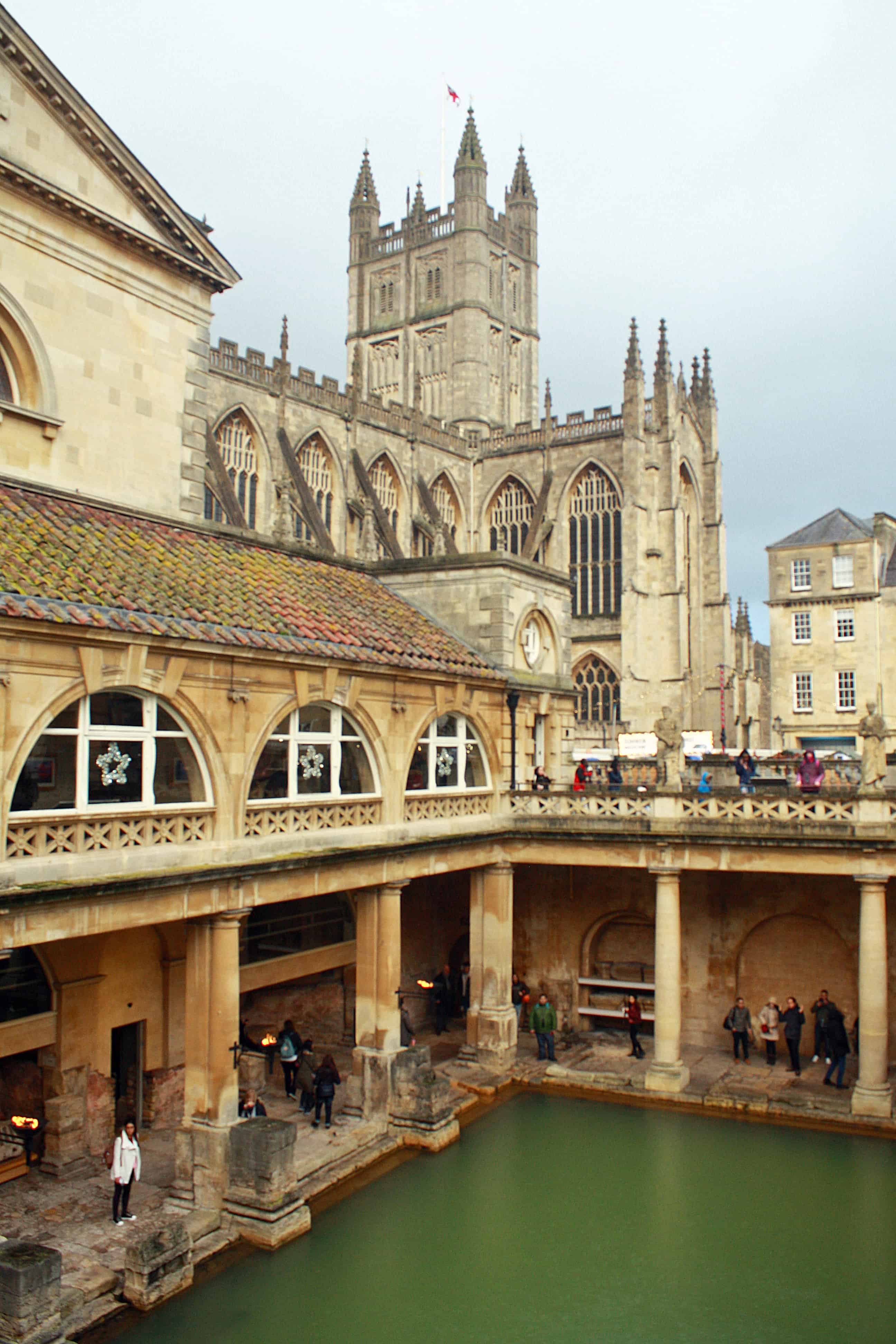 1. Travel back in time at the Roman Baths

Back in the mid 17th century, Thomas Guidott published the first book about the city. The volume explored the therapeutic and healing properties of the hot springs and thermal baths, whose significance dates way back to Roman times. Immediately, Bath gained nationwide recognition among the aristocracy of the time.

A brief history of Bath

In the AD 60s, the Romans founded the city of Aquae Sulis around the natural thermal springs and the city quickly began to be known as a spa town. The Temple of Sulis Minerva rose not only as an important spa complex, but also as a religious temple dedicated to the Celtic and Roman goddesses Sulis and Minerva, respectively. 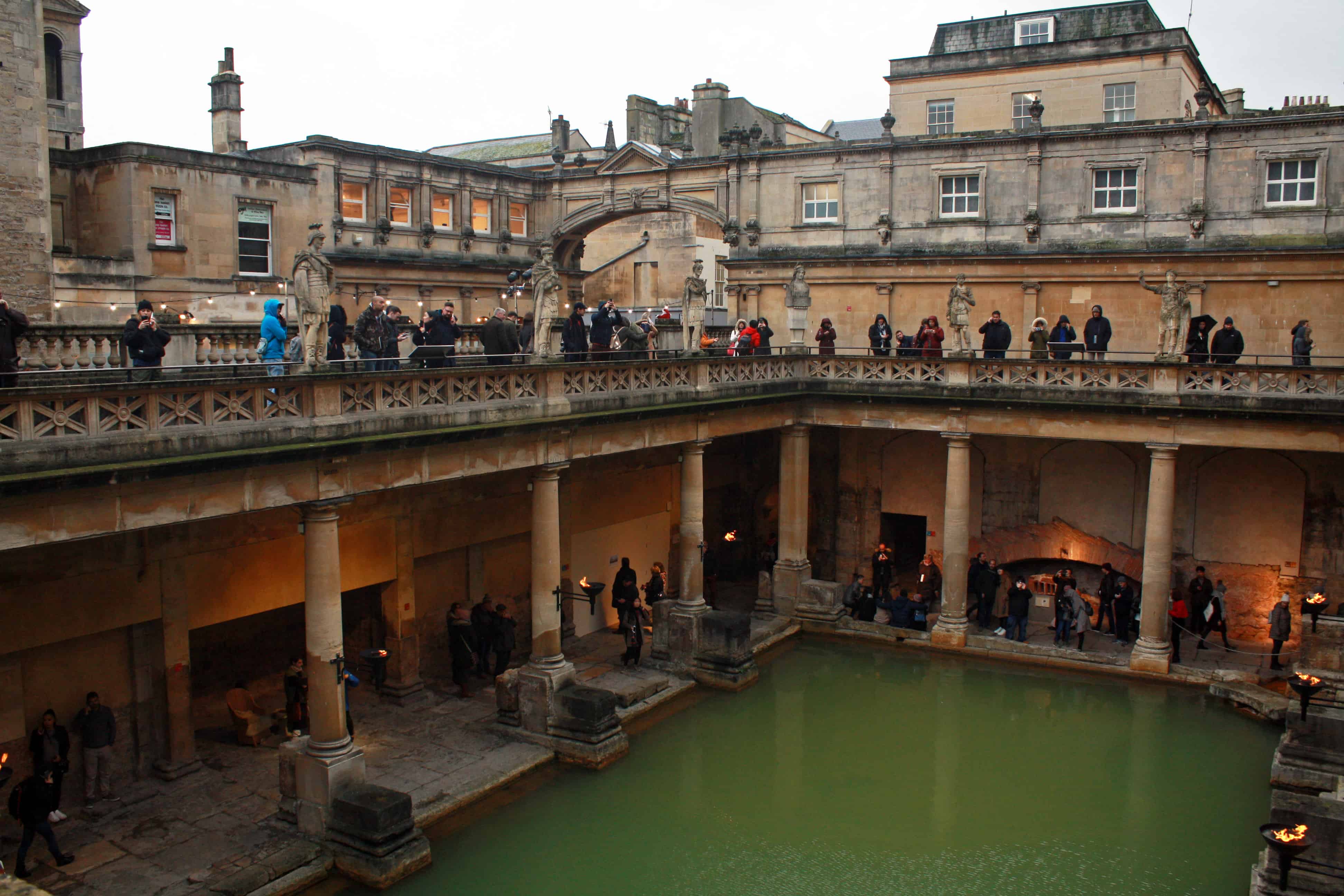 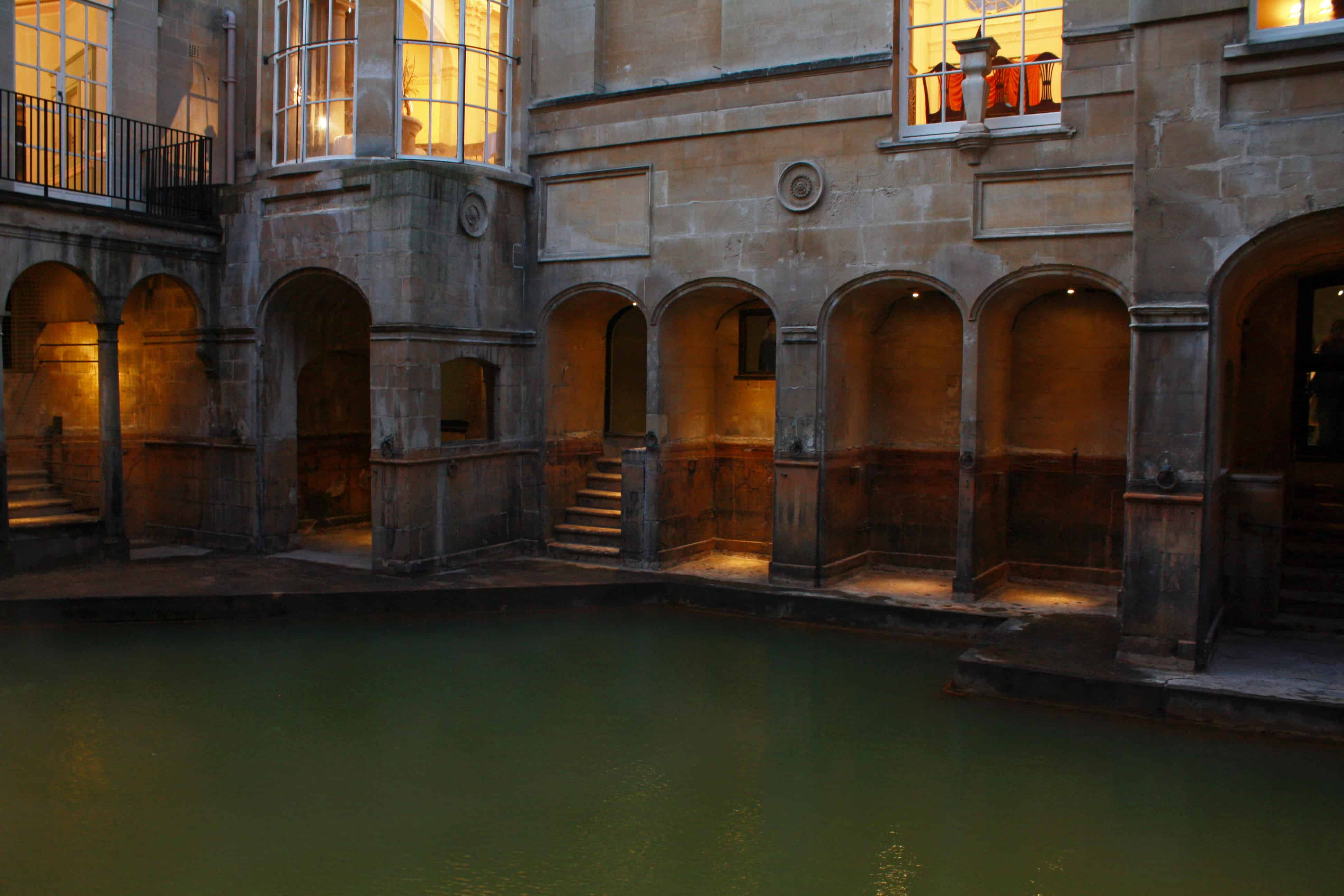 However, it seems that it wasn’t the Romans who first discovered the therapeutic properties of the hot springs. In fact, Welsh manuscripts of the Brut Tysilio record the heroic King Bladud (father of King Lear) as the founder of the city of Bath. Legend says he was cured of leprosy after noticing the pigs of the area didn’t suffer from skin diseases. He then wallowed in the hot springs mud himself. Can you believe? 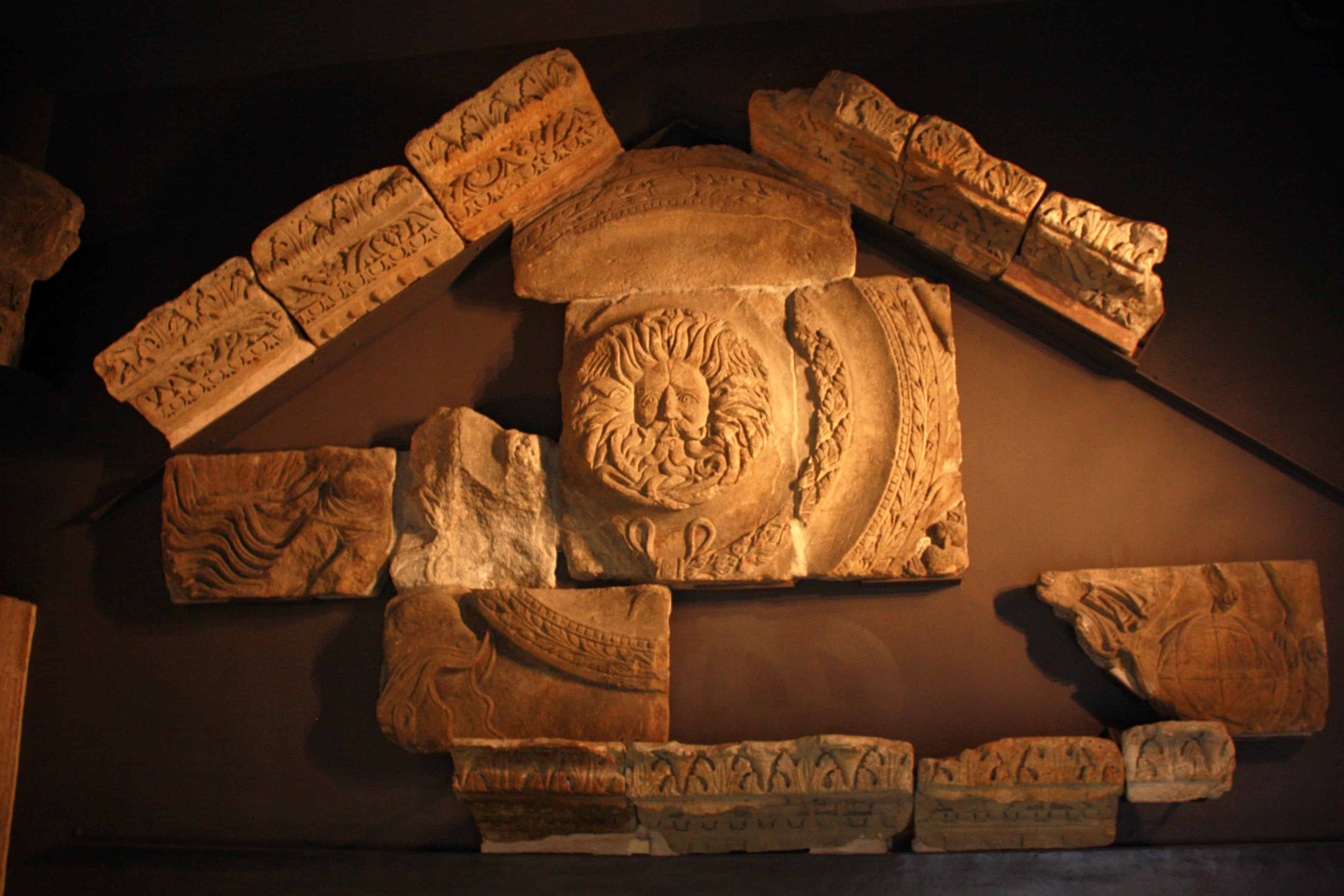 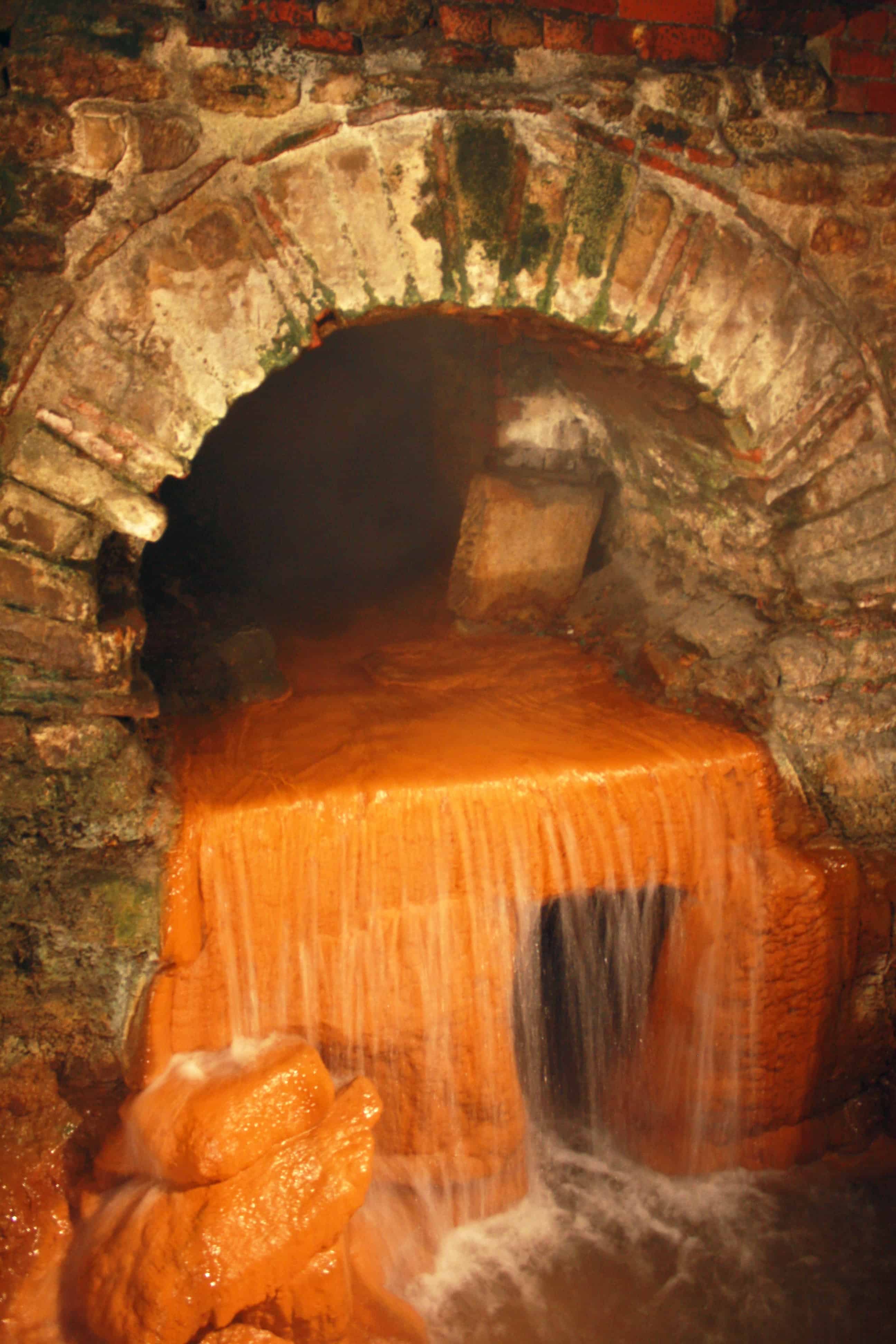 Despite their grandeur, the Roman Baths remained buried until their discovery in the 18th century. With exceptional archaeological restoration, the remains of the Roman Baths provides a true reflection of how the spa complex looked more than two thousand years ago.

An interactive audioguide helps you explore the rich history of the baths through four main areas. These are the Sacred Spring, the Roman Temple, the Roman Bath House and an exhibition on the lower level. The original spa complex featured:

You can also see the parts of the original pediment of the temple, as well as artefacts, more than 30,000 silvers coins discovered here and even the gilt bronze head of Sulis Minerva. I promise you, it’s an experience that won’t disappoint.

2. Wander along the Royal Crescent

Characterised by its elliptical curved façade, this 150m long row of 30 terraced houses is perhaps Bath’s most iconic landmark. Designed by John Wood, the Younger and built in 1774, the Royal Crescent is one of the most outstanding works of Georgian architecture in the UK. It currently holds a Grade I listed status. 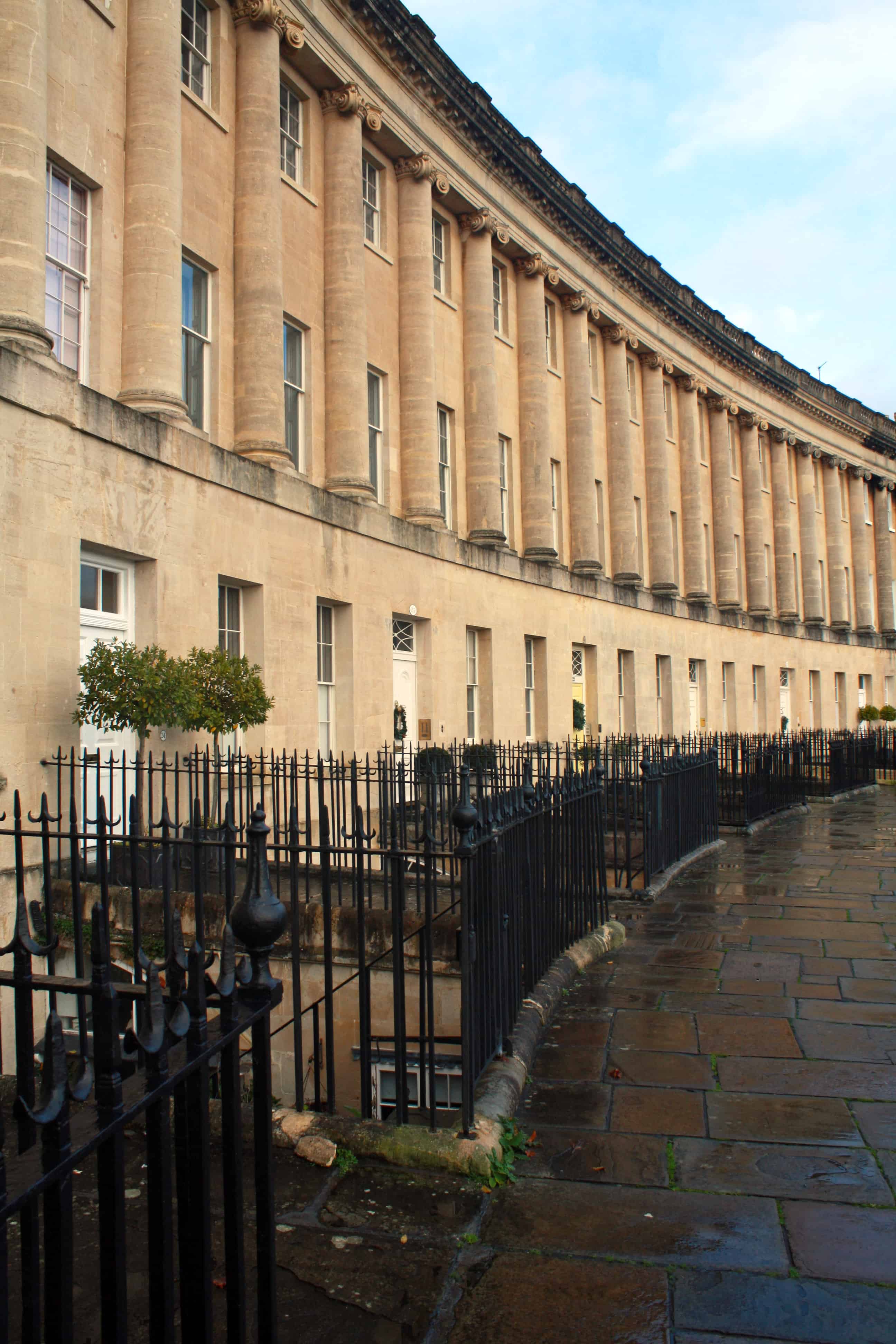 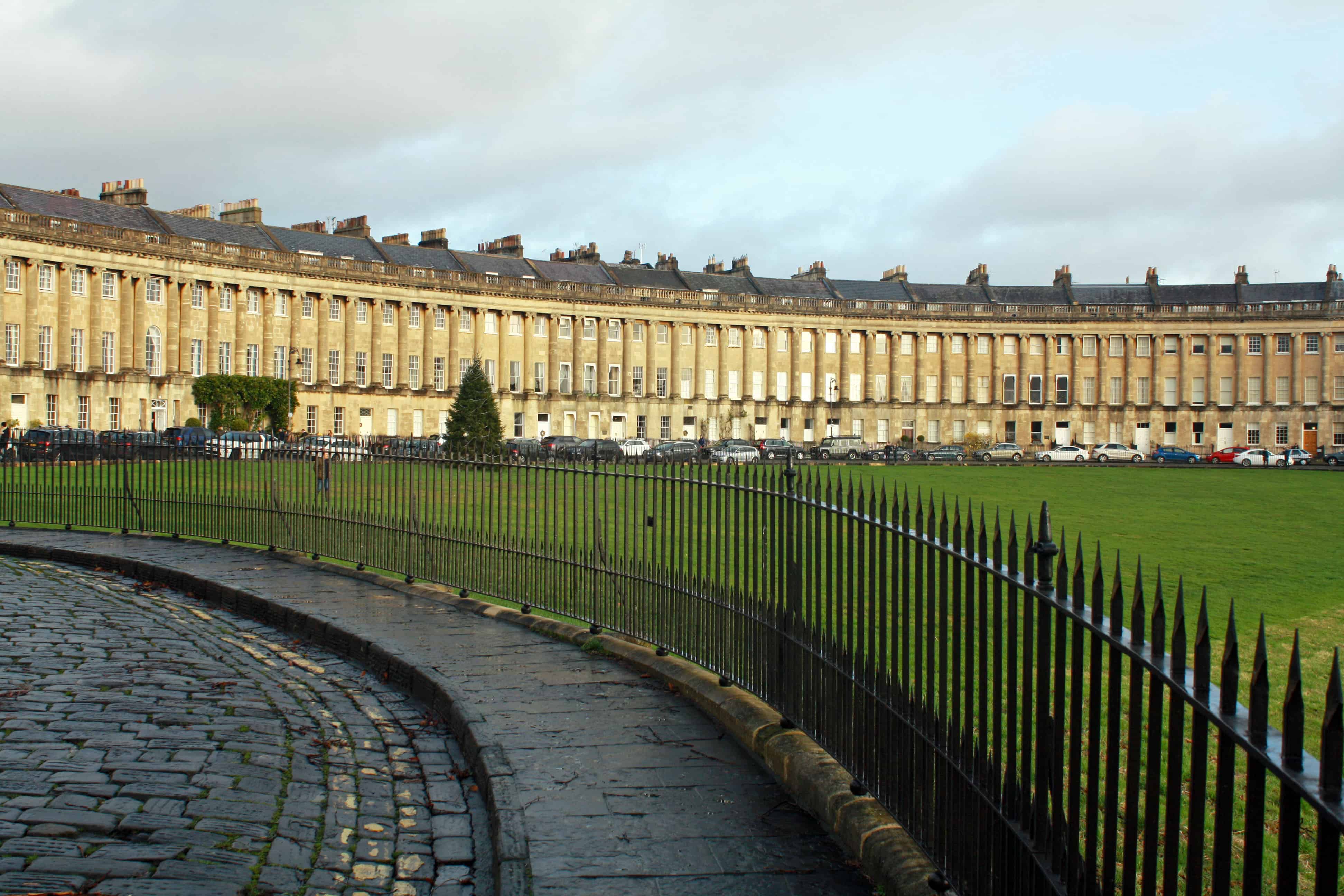 The design follows a characteristic illusion of rus in urbe. The popularity of the thermal baths resulted in an increase of the high class – Jane Austen even moved here in the peak of the Bath craze extravaganza! Ultimately, the Royal Crescent was designed to give the wealthy a sense of a rustic, country style residential complex in the city. The dwellings overlook a spacious park, with a part specifically made private for the residents. 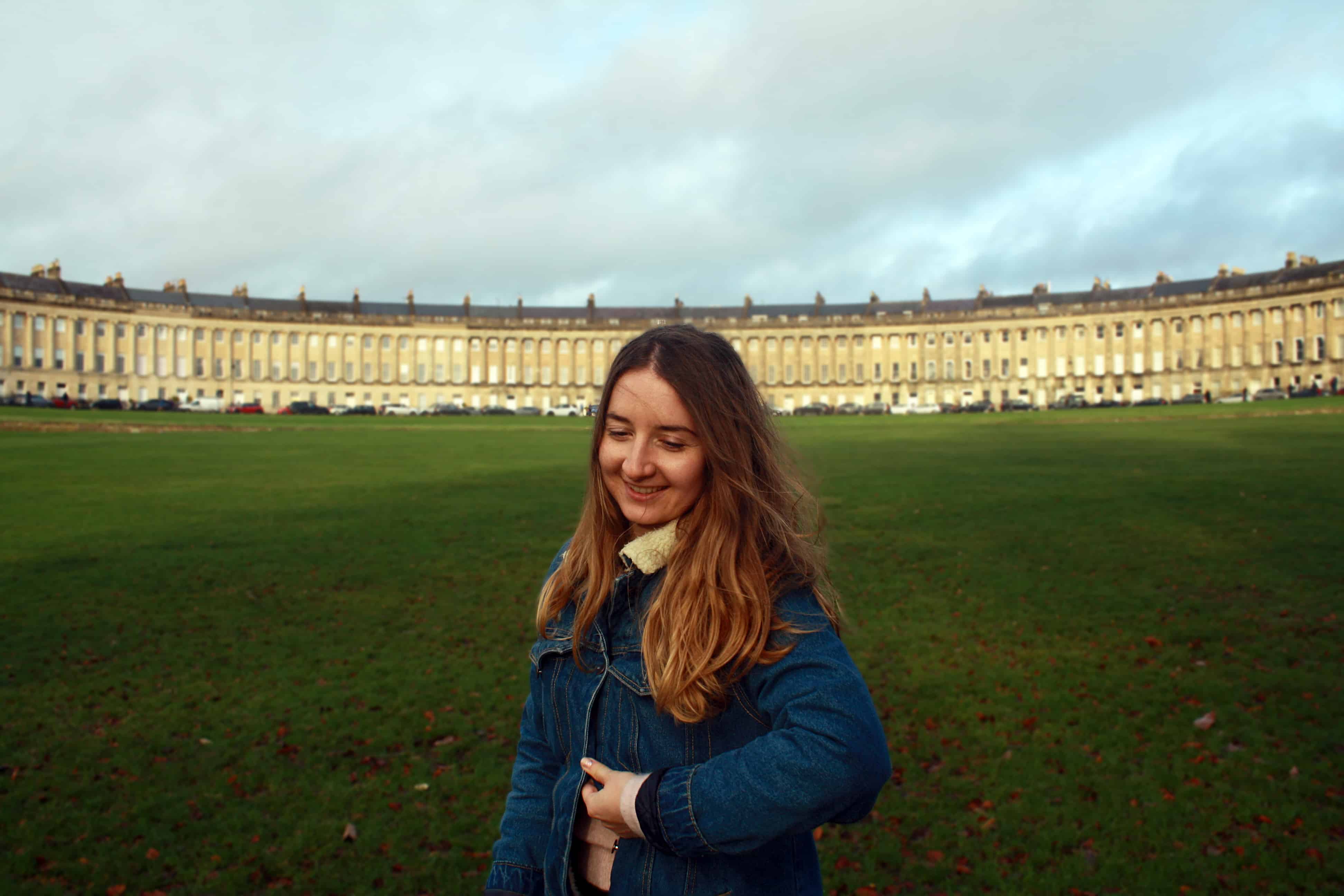 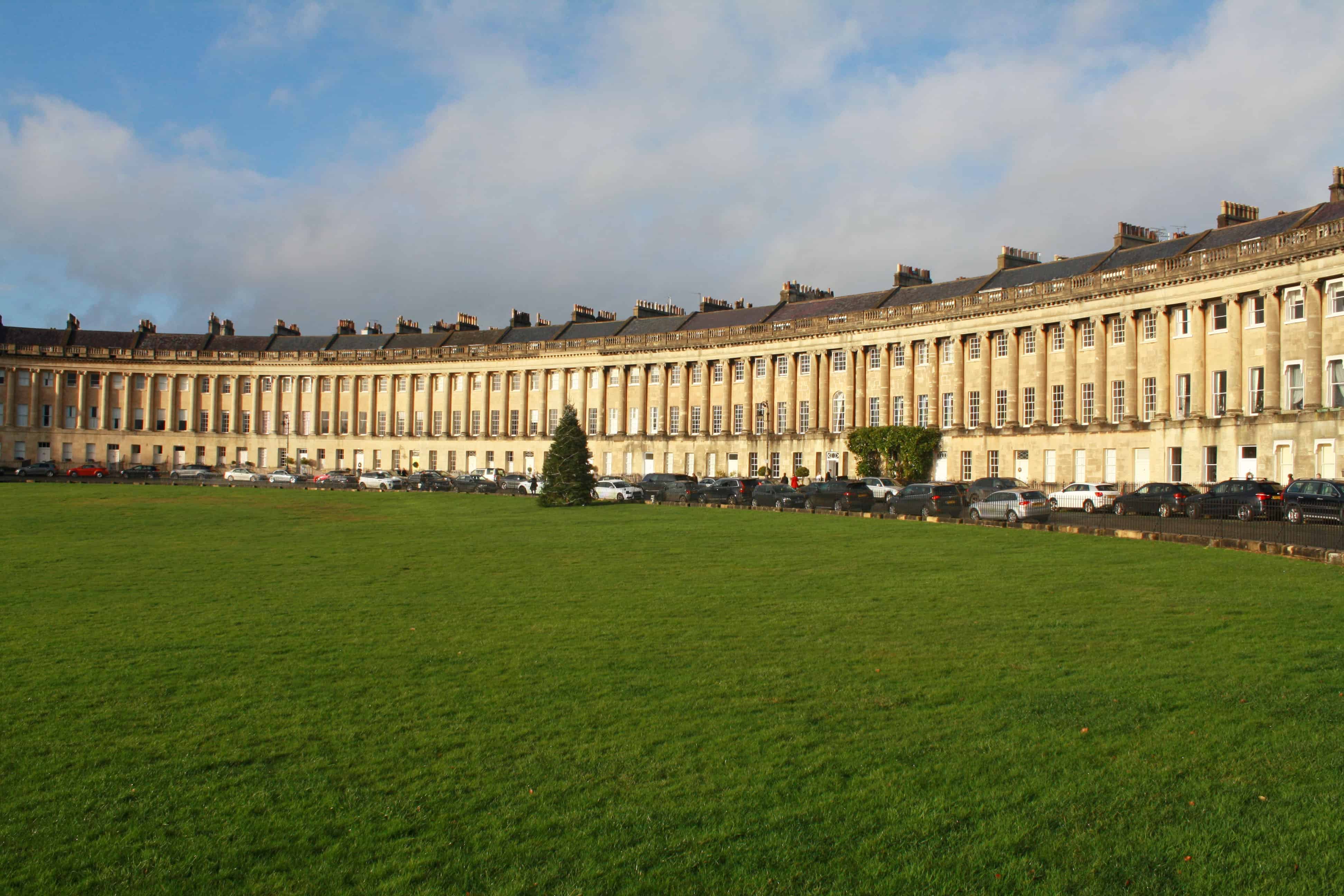 Over the years, some of the homes have been divided into apartments to accommodate a higher number of residents. A luxury 5-star hotel of the same name stands at Number 16, while a museum furnished in a late 18th century décor occupies the most privileged places of all – Number 1 (No. 1 Royal Crescent). The beauty of the area makes it particularly difficult to avoid peaking into the living rooms hiding behind the big windows and even bigger curtains.

3. Step into the Circus

The Circus is known for its circular shape, very similar to the Royal Crescent. Originally named King’s Circus, it’s one of the finest examples of Palladian architecture in the UK that John Wood, the Elder wanted to recreate in Bath. Inspired by Stonehenge’s circular shape, the elegant curved façades surround a large round square with trees in the middle. Although initially designed by the above-mentioned architect, the building process was completed in 1768 by his son John Wood, the Younger after he passed away shortly after the project stated in 1754. 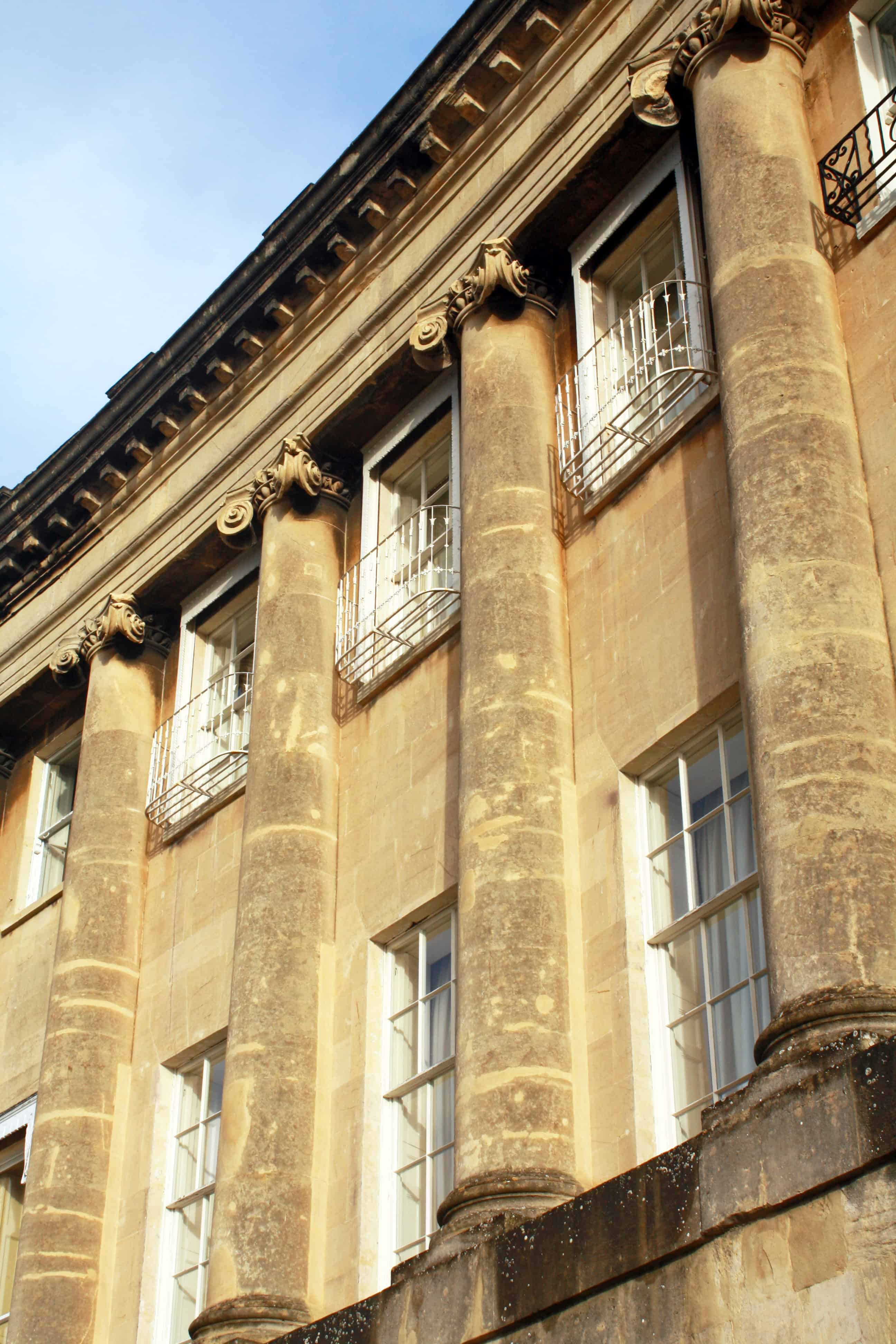 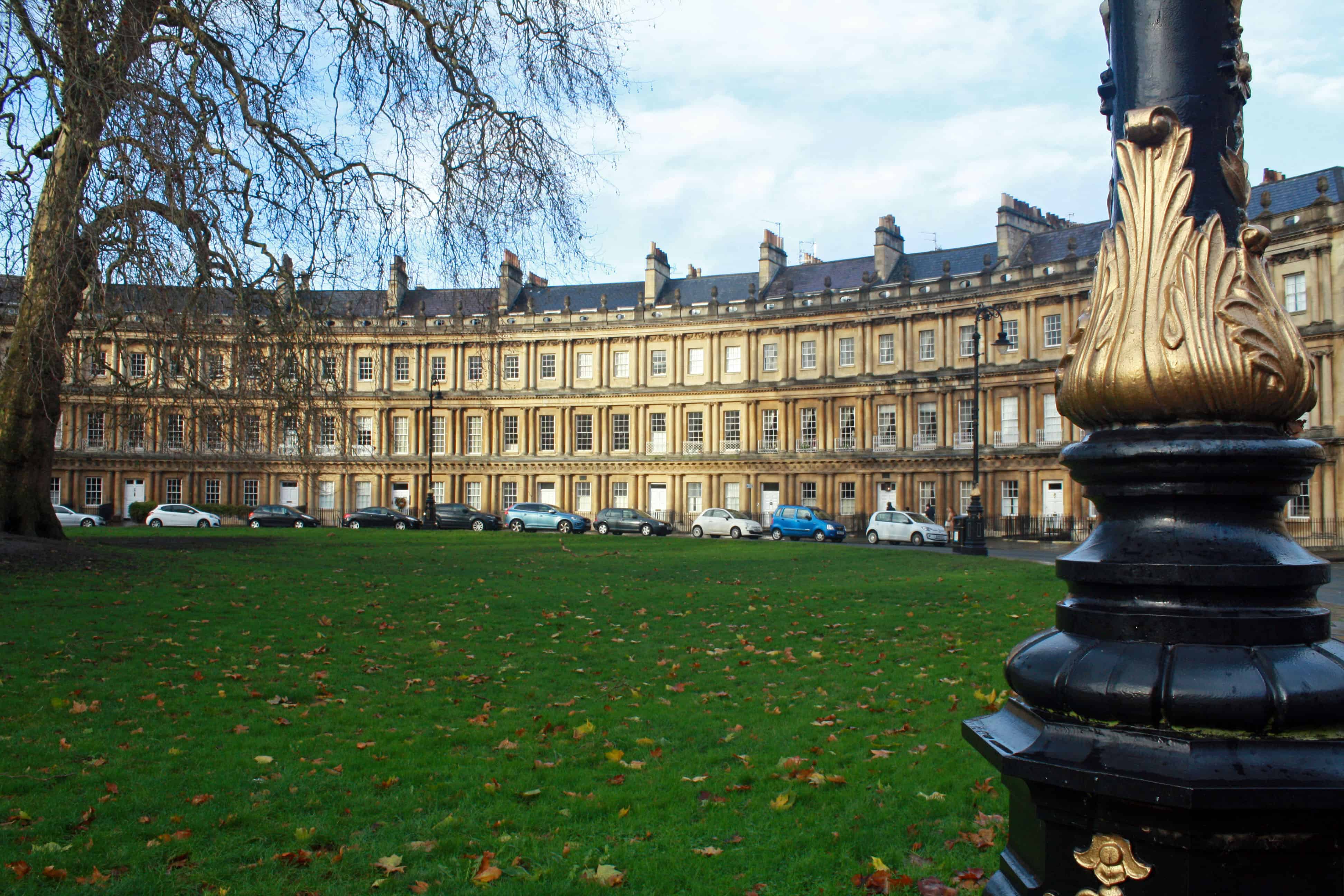 Some of the dwellings were actually destroyed during the Bath Blitz air raids of WWII. However, these were later restored to achieve the original design. Unsurprisingly, a neoclassical masterpiece of this magnitude has been home to a number of renowned personalities! Some of them include Admiral Sir Richard Bickerton and painter Thomas Gainsborough, the widely admired British portrait artist of the late 18th century.

The Palladian architecture of the city is also reflected on the bridges over the River Avon, particularly on Pulteney Bridge. It was designed by Scottish architect Robert Adam by order of politician William Putney in the second half of the 18th century. It’s now considered one of the most beautiful bridges in the world and enjoys a Grade I listed status. 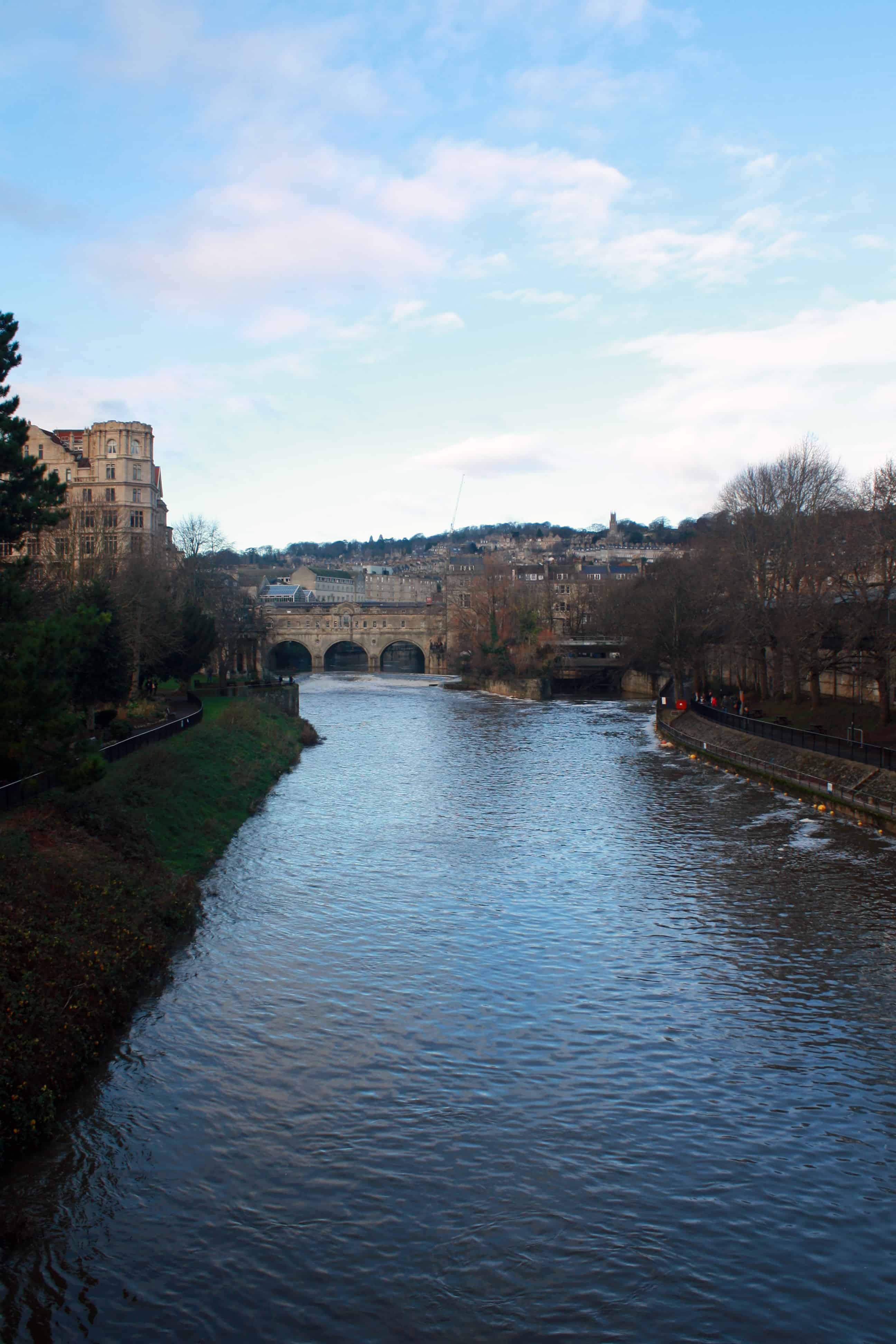 Pulteney Bridge is definitely one of a kind. It has a variety of shops on both sides and along its entire length, making it one of the few inhabited bridges in the world alongside Ponte Vecchio (Florence), Ponte Rialto (Venice) and Krämerbrücke (Germany). 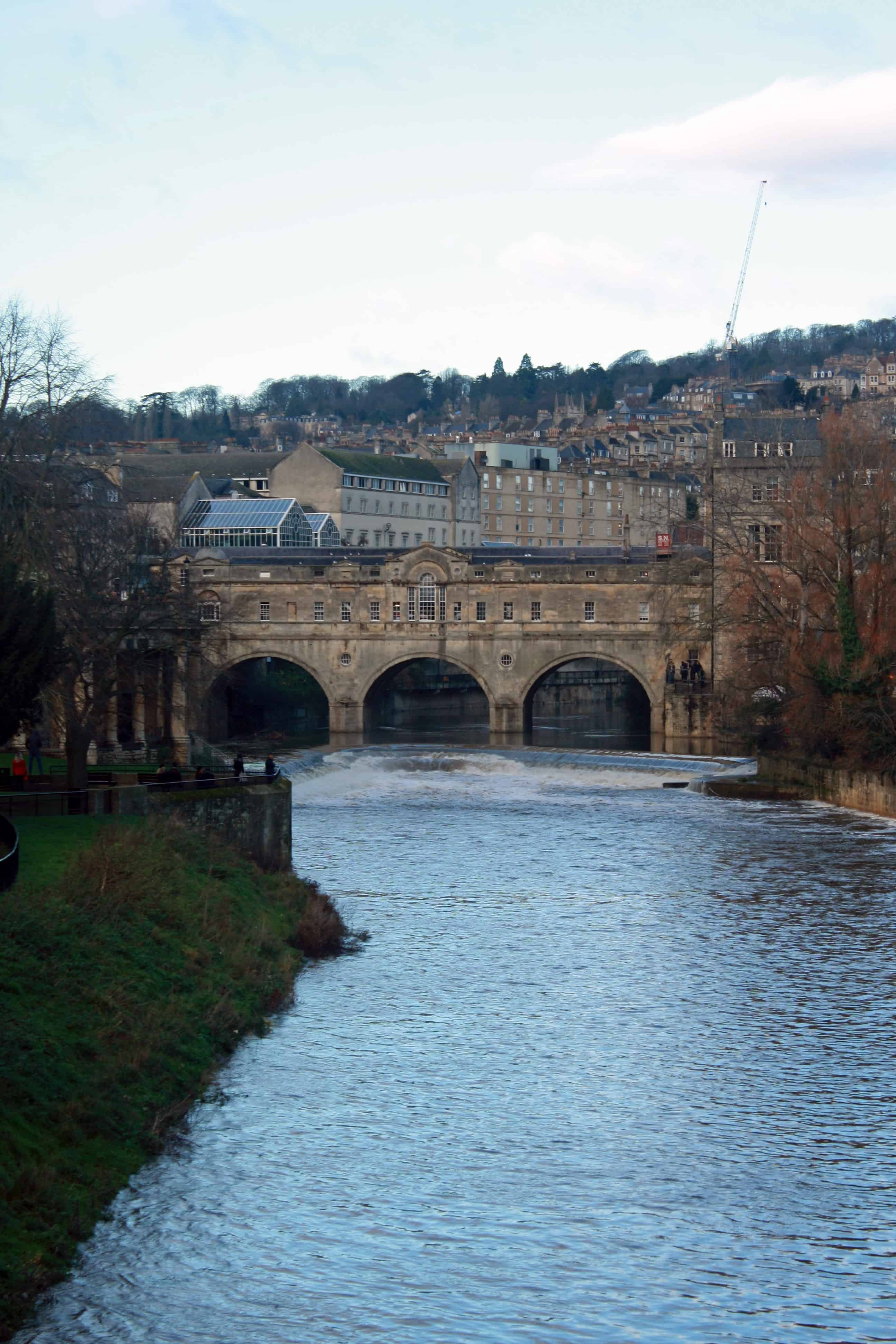 Alongside the Roman Baths, Bath Abbey is the second most recognisable and important landmarks in the city. Dating back to 1499, this Perpendicular Gothic building is the third church built on the site since 757 AD, replacing the ruins of the former Norman cathedral. However, the church was left unfinished after King Henry VIII ordered the dissolution of the monasteries in 1539. It wasn’t until 1611 that it was finally completed. 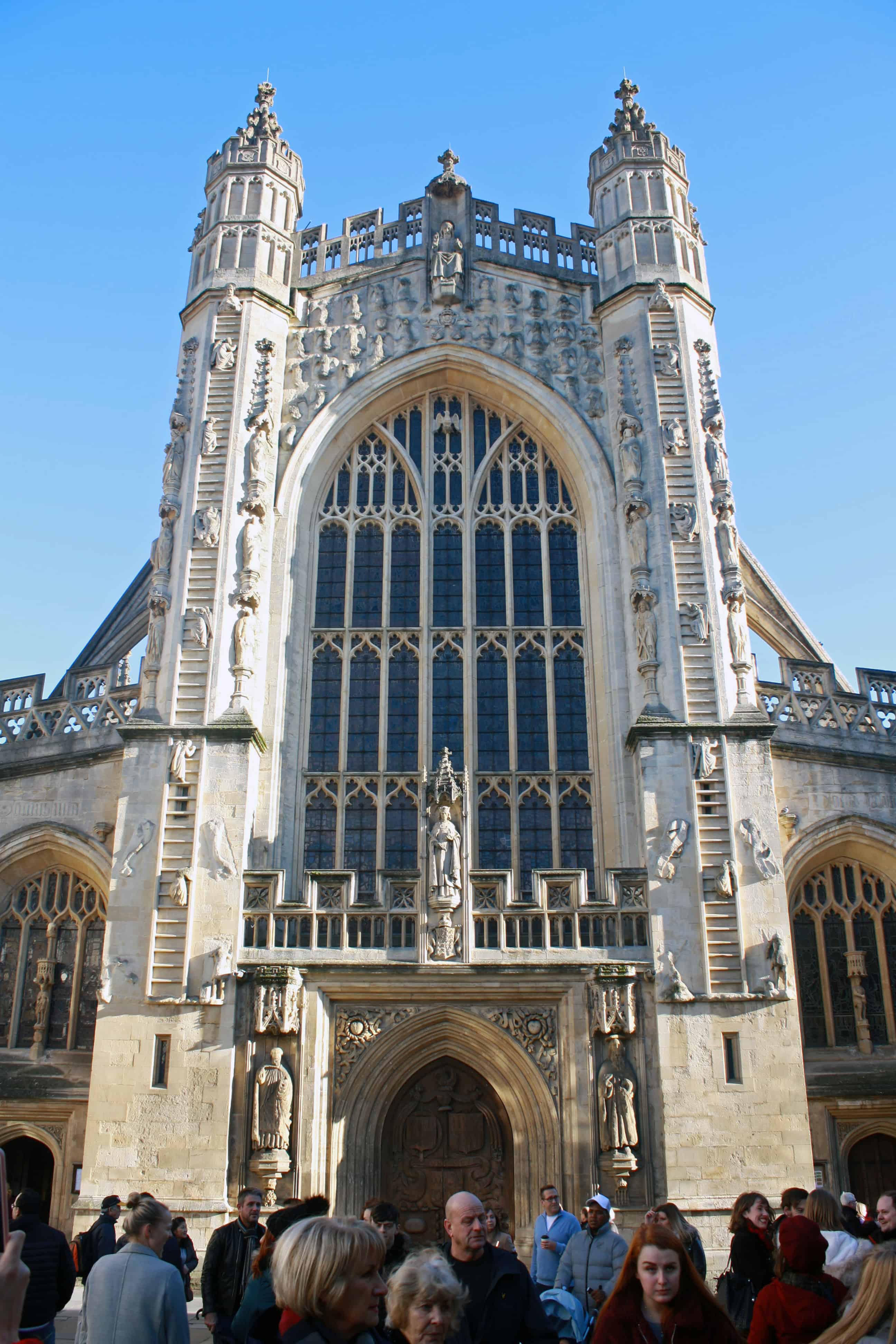 If you fin its magnificent façade and flying buttresses impressive, the inside of the Bath Abbey will have you in awe. With a 49 metre reaching tower and an impressive stone fan ceiling which reminds me of the ceiling in King’s College in Cambridge, the interior of the Abbey, and most notably the original wooden ceiling, was completely transformed in keeping with Victorian Gothic architecture between 1864 and 1874. The beautiful stained glass windows depict moments of British history, such as the coronation of King Edgar. The first King of England was coronated at the church on this site in 973.

If you are not afraid of heights, check out the Bath Abbey Tower Tours. Climb 212 steps to the top of the tower for the best views of Bath in a 45-50 minute guided tour. Don’t worry, there are places to stop on the way!

6. Some other places to visit in Bath

If you have time for more places, then check out:

Places to eat and drink in Bath

If you are wondering where to drink and eat in Bath, then check out:

The original secret recipe has been passed down with the deeds to the house and is still used today. The Bath Bun is so big that it’s served in halves! And although they’re light, half a Sally Lunn Bun is actually enough for one person. 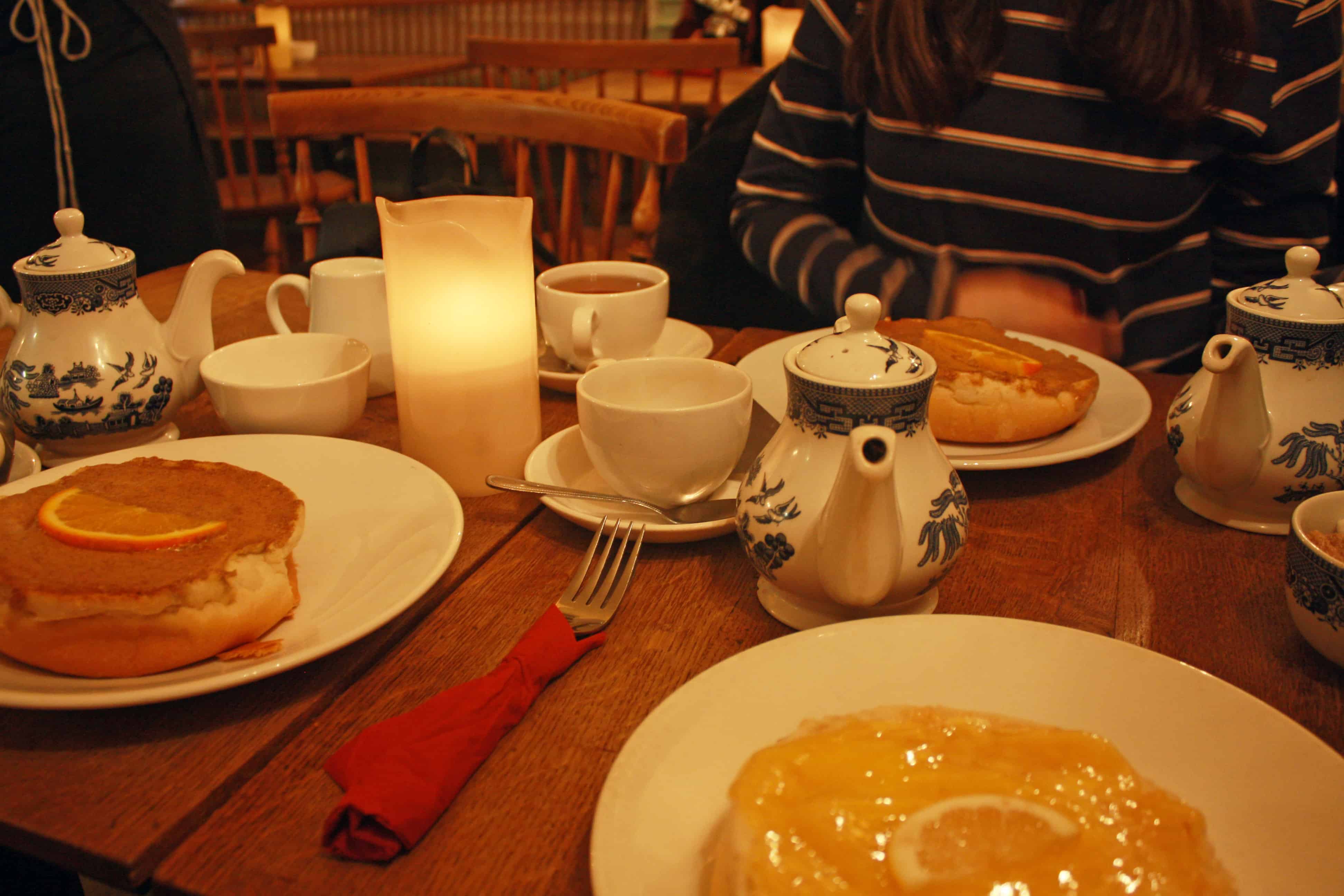 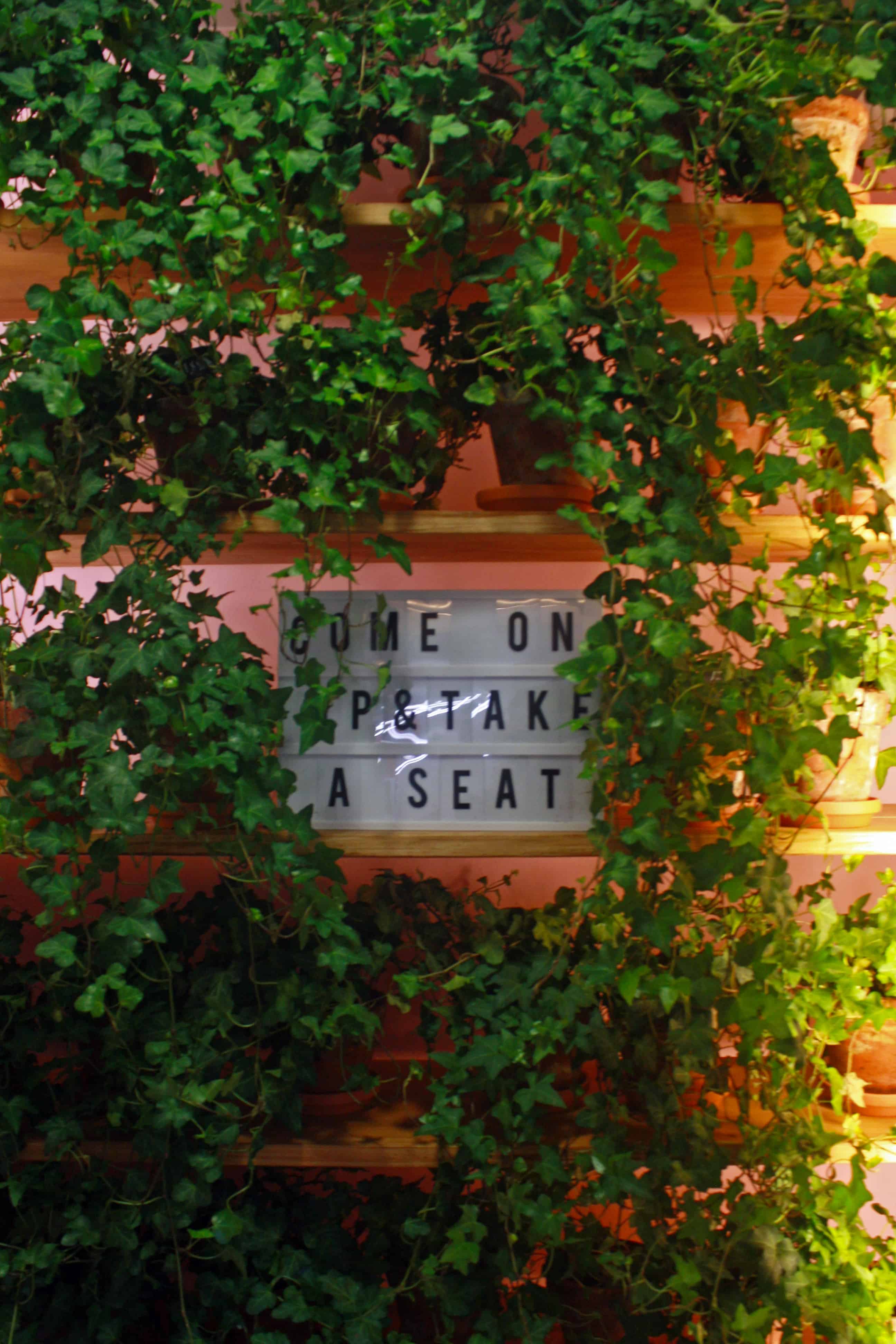 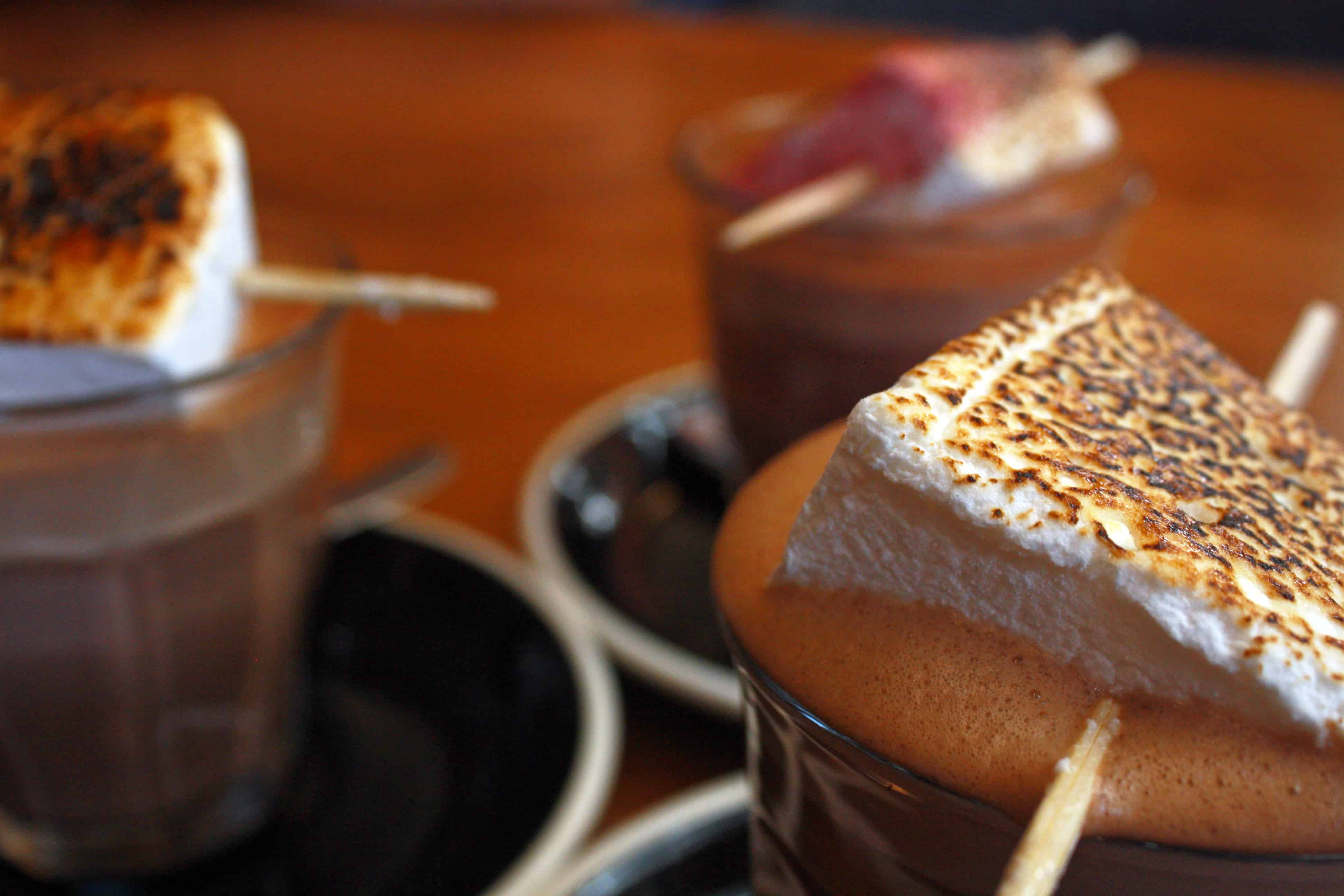 Have you been to Bath before? If so, what’s your favourite part of the city? If you really loved our Bath Travel Guide, please leave us a comment and show us some love on social media using the buttons below

Spending Christmas in New York: Festive things to do in NYC

Patty and Bun, out of this world burgers in London | REVIEW