It’s no secret that you can eat some of the best food in the world in New York. From $1 pizza slices to gourmet dishes at renowned Michelin-starred restaurants, the Big Apple offers meals for all budgets in every corner. There is, however, a common misconception that better meals equal higher prices. As bizarre as it might sound, you don’t necessarily have to spend most of your budget to eat well in New York.

That’s right, you can find food markets in NYC filled with stall after stall of tasty meals. Not only do you get to sample great food from a variety of cuisines, this actually comes at the fraction of a price of a restaurant! Sounds good, right? Here’s a selection of some of the best food markets in New York City to grab a bite to eat. You (and your bank account) can thank me later. 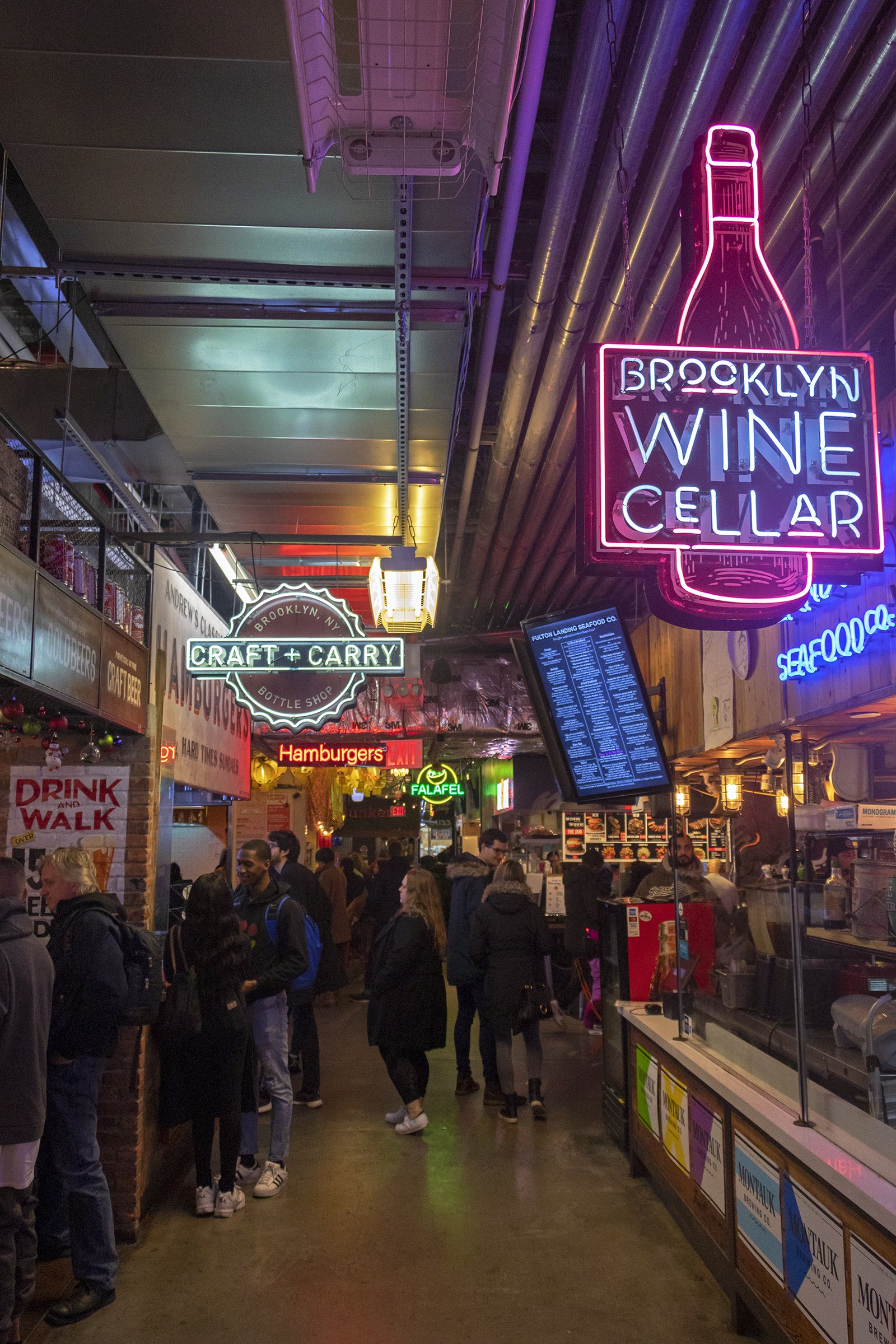 A favourite amongst locals and tourists alike, Chelsea Market is one of the most well-known covered markets in New York City. You can find it in Manhattan’s Meatpacking district, inside the former National Biscuit Company factory. And, if you love a good cookie, you’d be happy to know this is where Oreos and Mallomars where invented AND produced (!!!).

Since its renovation in 1997, this old industrial building is now a mix between a market and an indoor food hall where a variety of gift shops, eateries and offices coexist. On the ground floor, more than forty vendors sell everything from books, coffee and cupcakes to sushi, tacos and even lobster. Meanwhile, the top floors serve as offices to companies such as Google, YouTube and EMI Music Publishing. The best bit? Chelsea Market opens daily from early morning to late night – making it easy to stay all day and eat your way through all the different menus.

A cool fact: Chelsea Market stretches all the way from 9th to 10th Ave and between 15th and 16th St, and part of the High Line is actually built directly within the building itself. 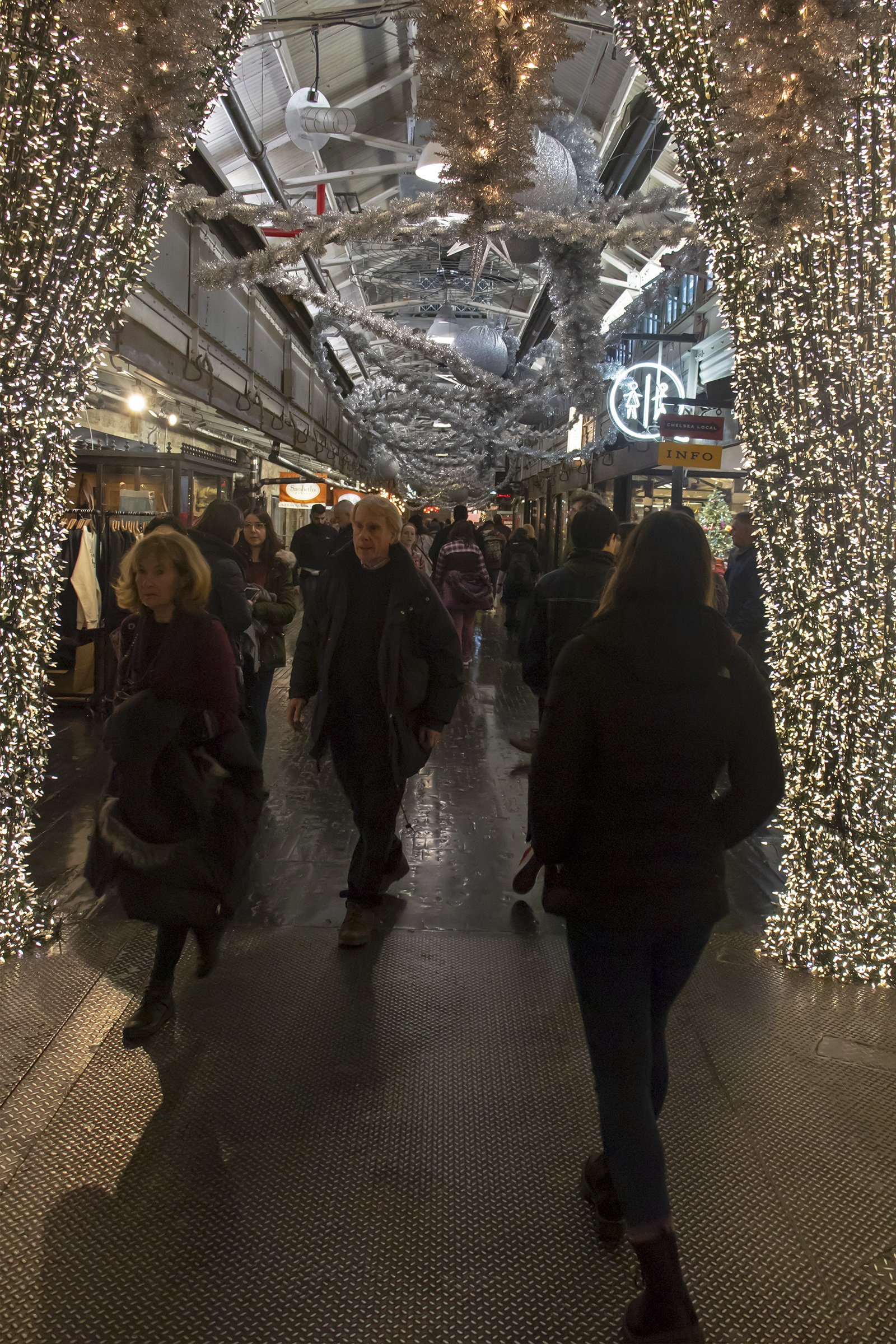 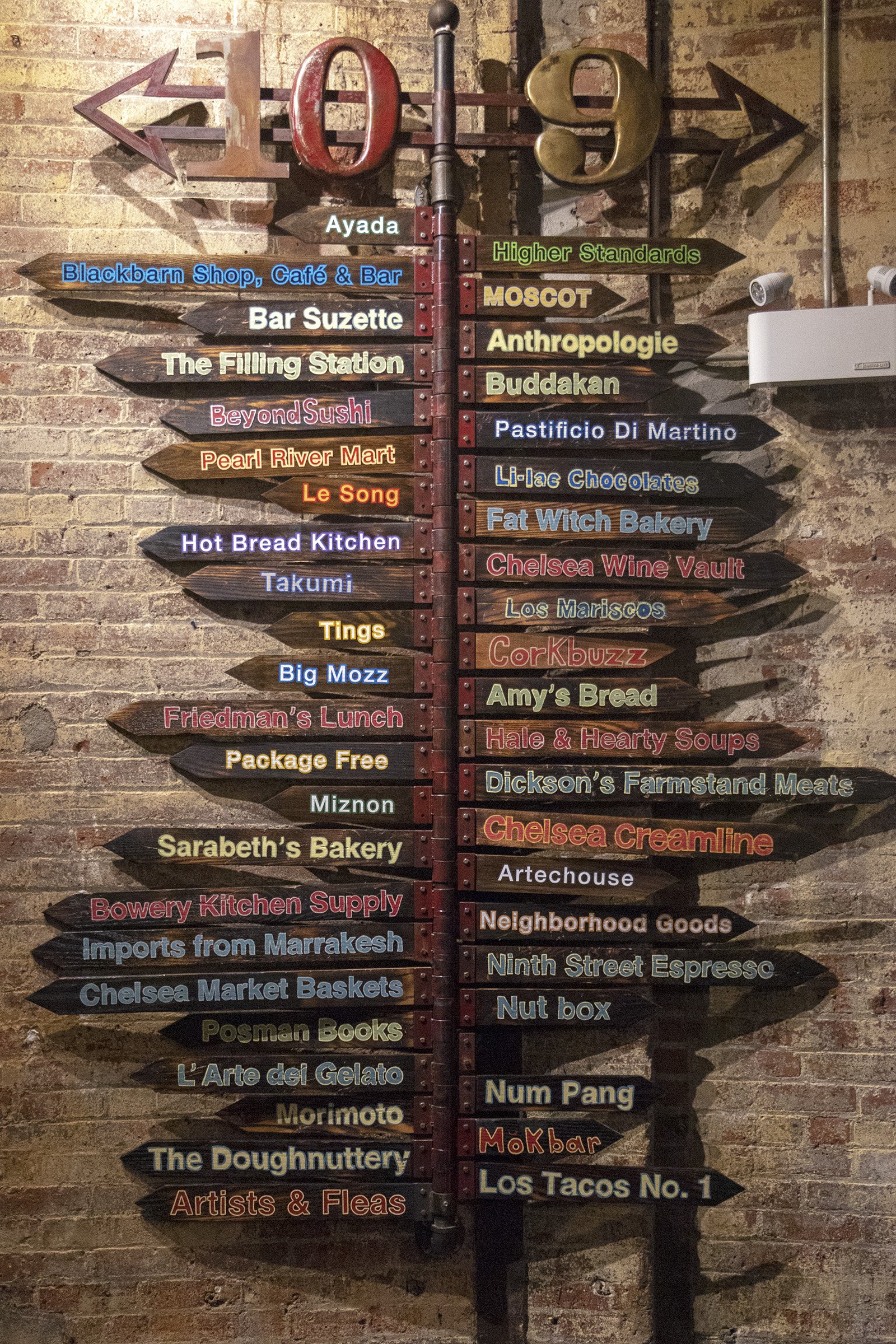 A stone’s throw from Chelsea Market, Gansevoort Market is one of the most fashionable indoor food markets in NYC. Also in the Meatpacking District, Gansevoort Market features a rustic-industrial interior with a number of gourmet stalls with a variety of cuisines to choose from. Locally and internationally sourced products provide a range of seasonal and sustainable dishes. Whether you fancy Peruvian ceviche, chicken wings or deliciously photogenic poké bowls and tacos, this is the place to go! Although not the cheapest of food halls in New York, Gansevoort Market is definitely a great place to enjoy locally produced goods from one of its many eateries. I only wish we’d had time to go back again! 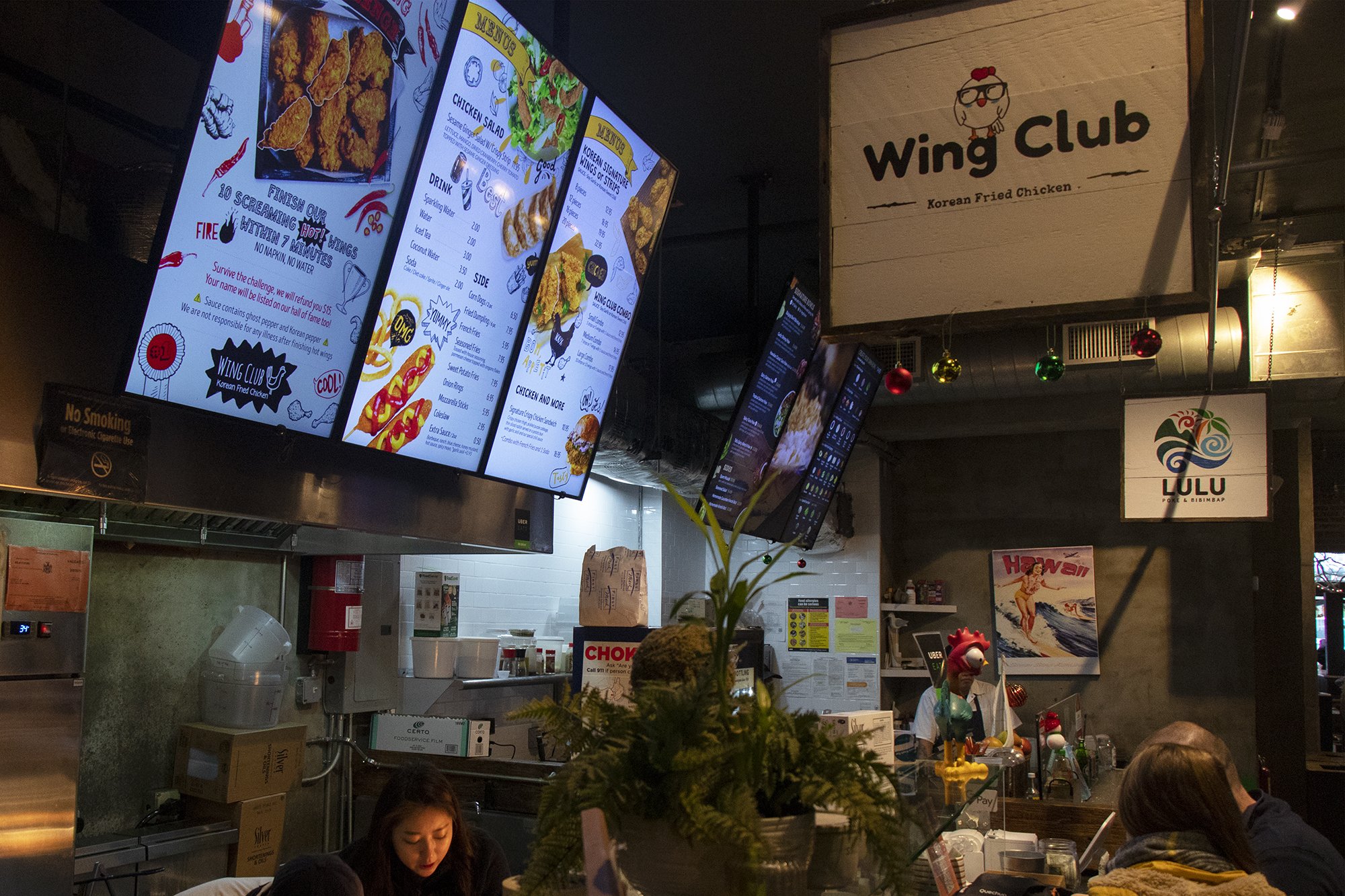 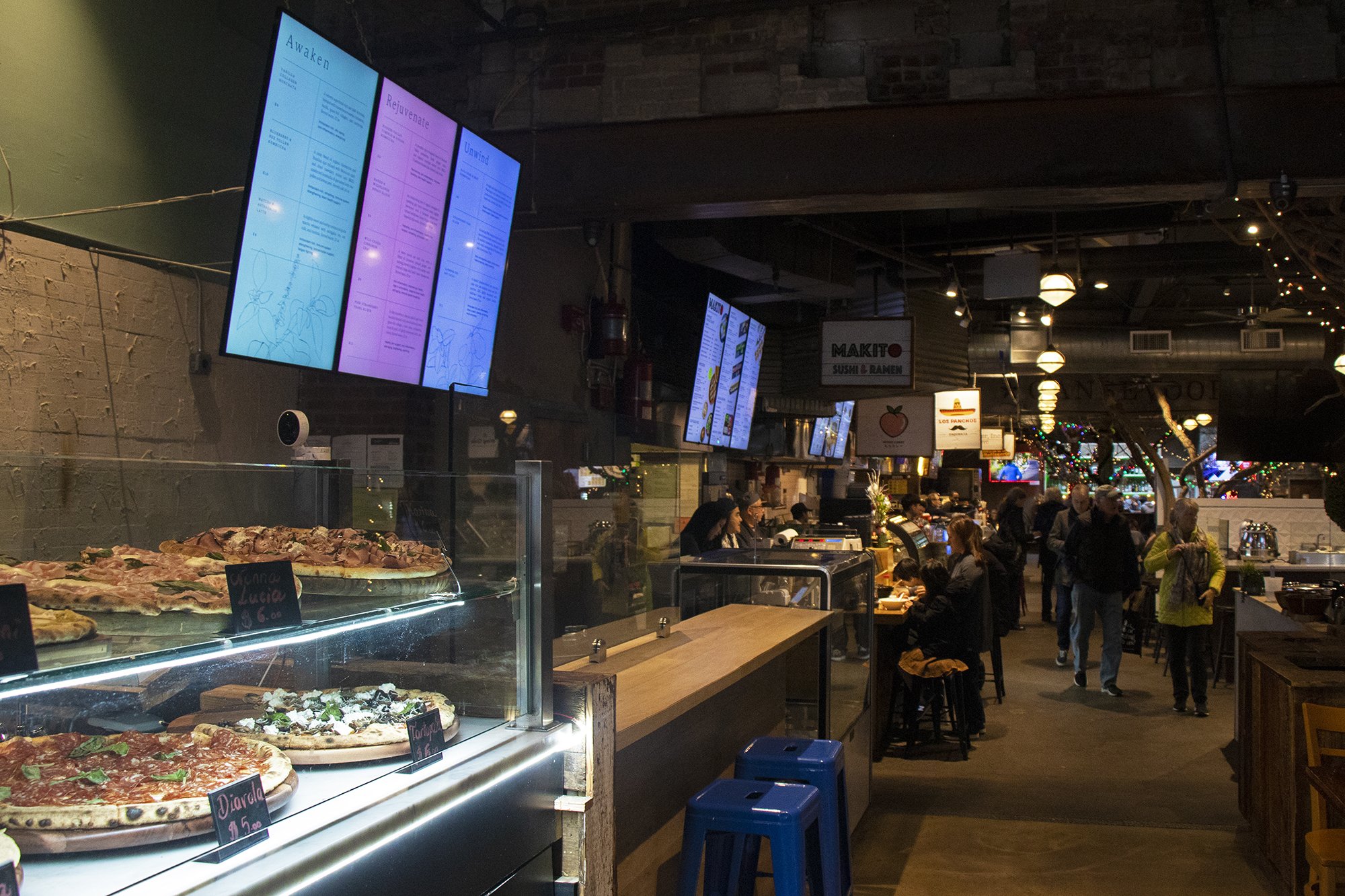 Lying between 57th and 58th St, just beneath 8th Ave, Columbus Circle and Central Park, Turnstyle Underground Market is undoubtedly one of the quirkiest food markets in New York City. The former underground passageway has been transformed to accommodate dozens of tempting places including independent kiosks, eateries, pop-ups and shops. Whether you’re a visitor, commuter or work nearby, Turnstyle is the perfect place to grab food on the go. A plus? You don’t need to swipe your Metro Card to get in!

Why not treat yourself to Russian dumplings by Daa! Dumpling, mini doughnuts from Doughnuttery, fresh bubble tea by Panda Bubble Tea or handheld chicken and waffles from Chick ‘n Cone? 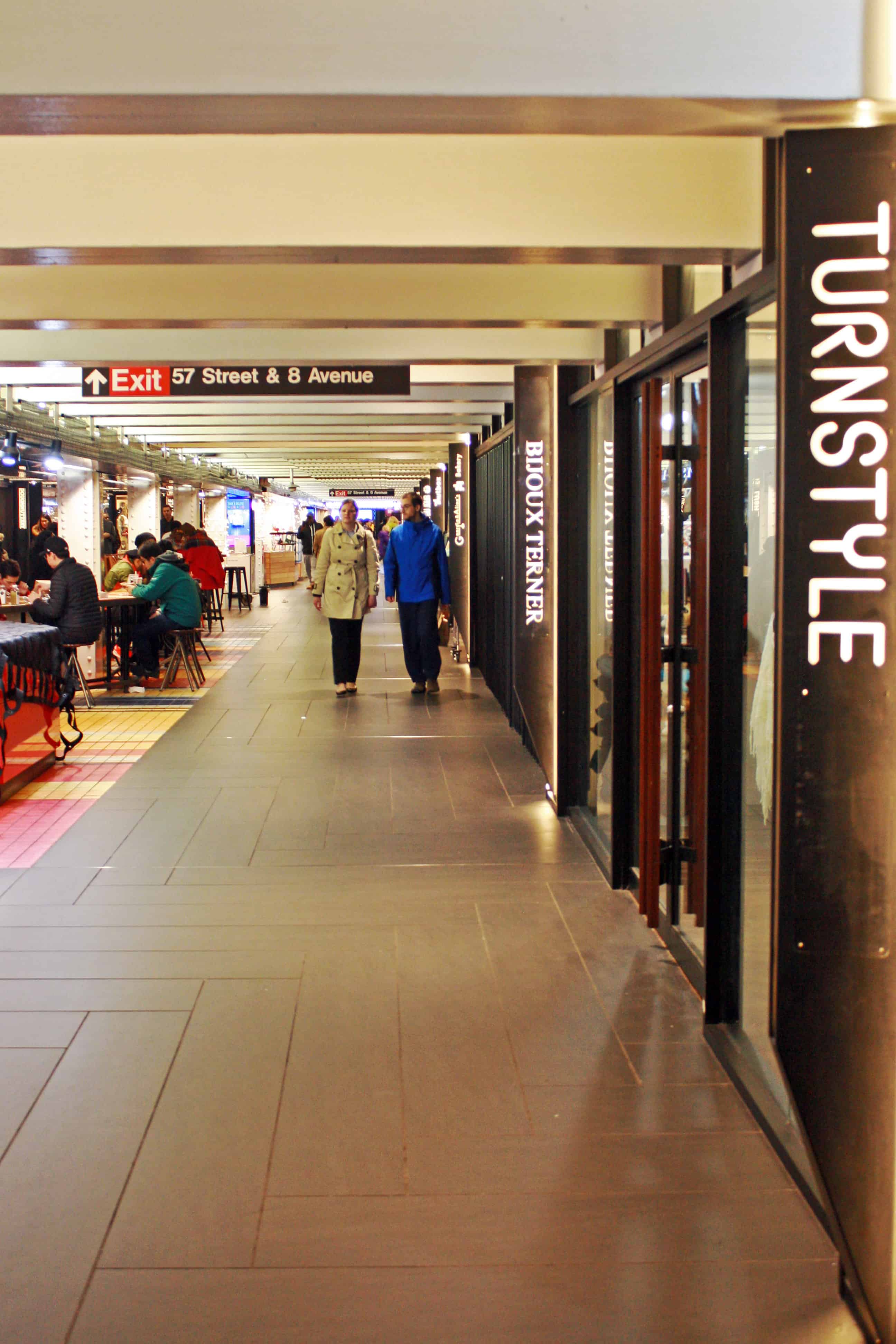 Smorgasburg is by far one of the most popular all-food markets in New York. The largest weekly open-air market in America enjoys several locations across the Big Apple and is open all year round, no matter the weather. On Saturdays, visitors can grab a plate from one of the more than 100 food stalls located on the East River State Park in Williamsburg (in Brooklyn) and enjoy wonderful views of the Manhattan skyline. On Sundays, the outdoor market moves to the beautiful Prospect Park-Breeze Hill (also in Brooklyn).

Bonus Smorgasburg: if you are visiting the West Coast, make sure you check out Smorgasburg LA. The weekday Alameda Produce Market in Downtown Los Angeles transforms into this amazing outdoor market on Sundays. You can find over sixty vendors selling delicious food, crafts and vintage clothing and antiques while pop-ups and a range of cultural events take place in the background.

Now, I’m a fan of a good ol’ Time Out Market. Why? Because this is where you find the very best eateries in town. I’m talking both traditional and quirky, all in one place. With a strategic location in the heart of Dumbo, overlooking the Hudson River and the Brooklyn Bridge, Time Out Market New York has been meticulously curated to represent the best of New York’s food and cultural scene. Spread over 2 floors, this food market contains 21 food vendors, 3 bars and even a demo cooking area (you know it’s good when you can get your hands on the dough!). And as the Time Out curators say: “If it’s great, it goes in the magazine; if it’s unmissable, it goes in the market”. This is certainly one food hall in New York City you don’t want to miss. 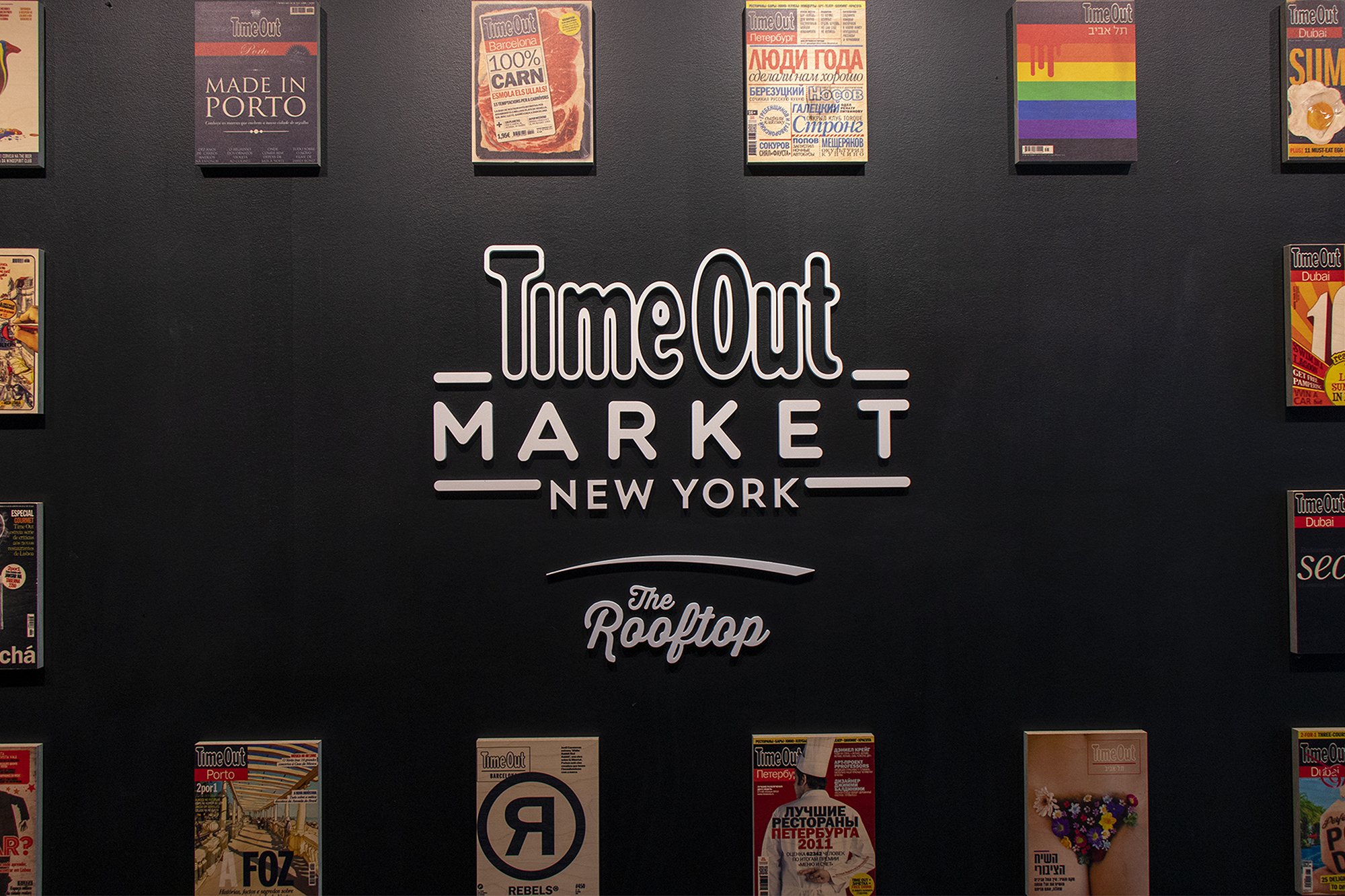 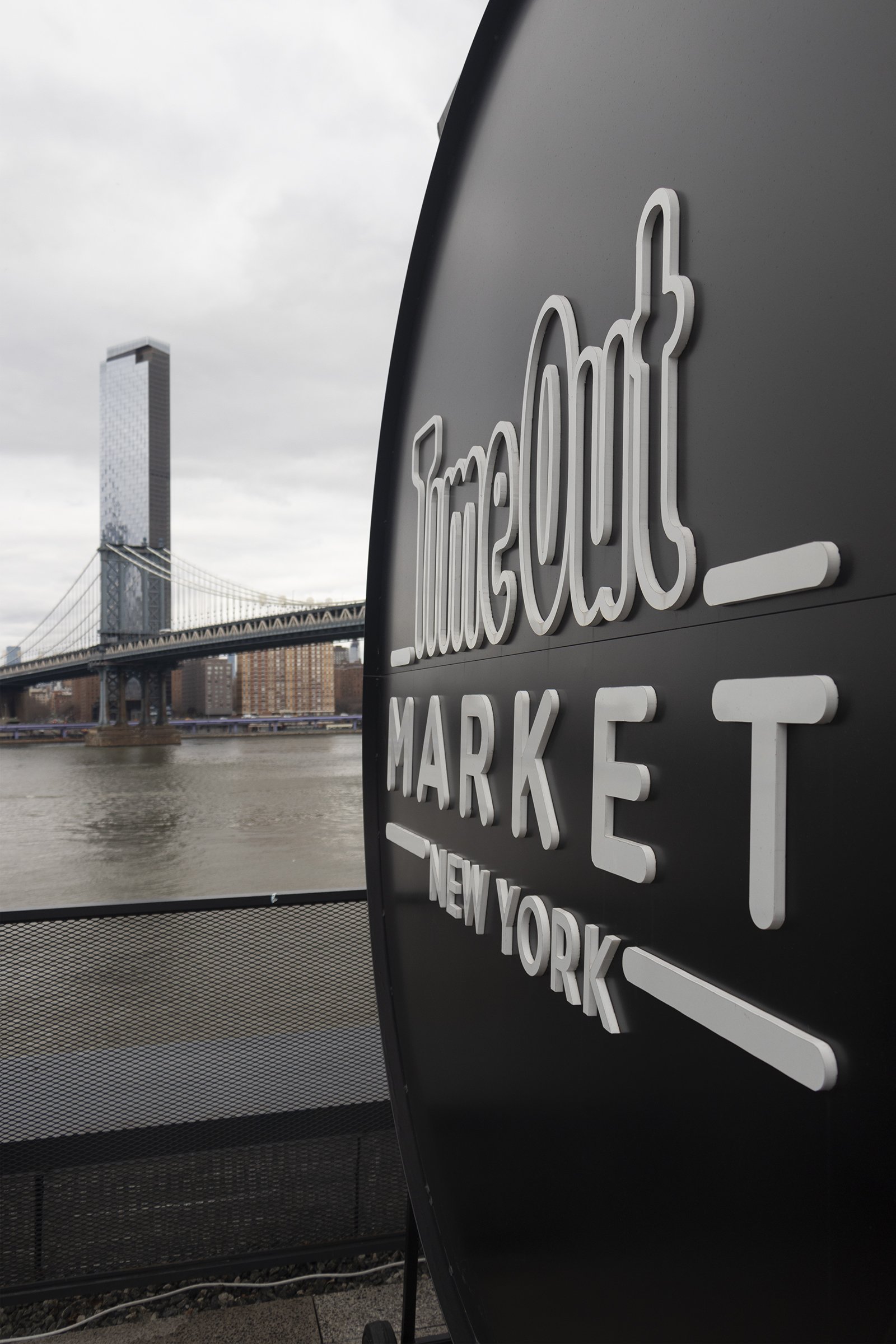 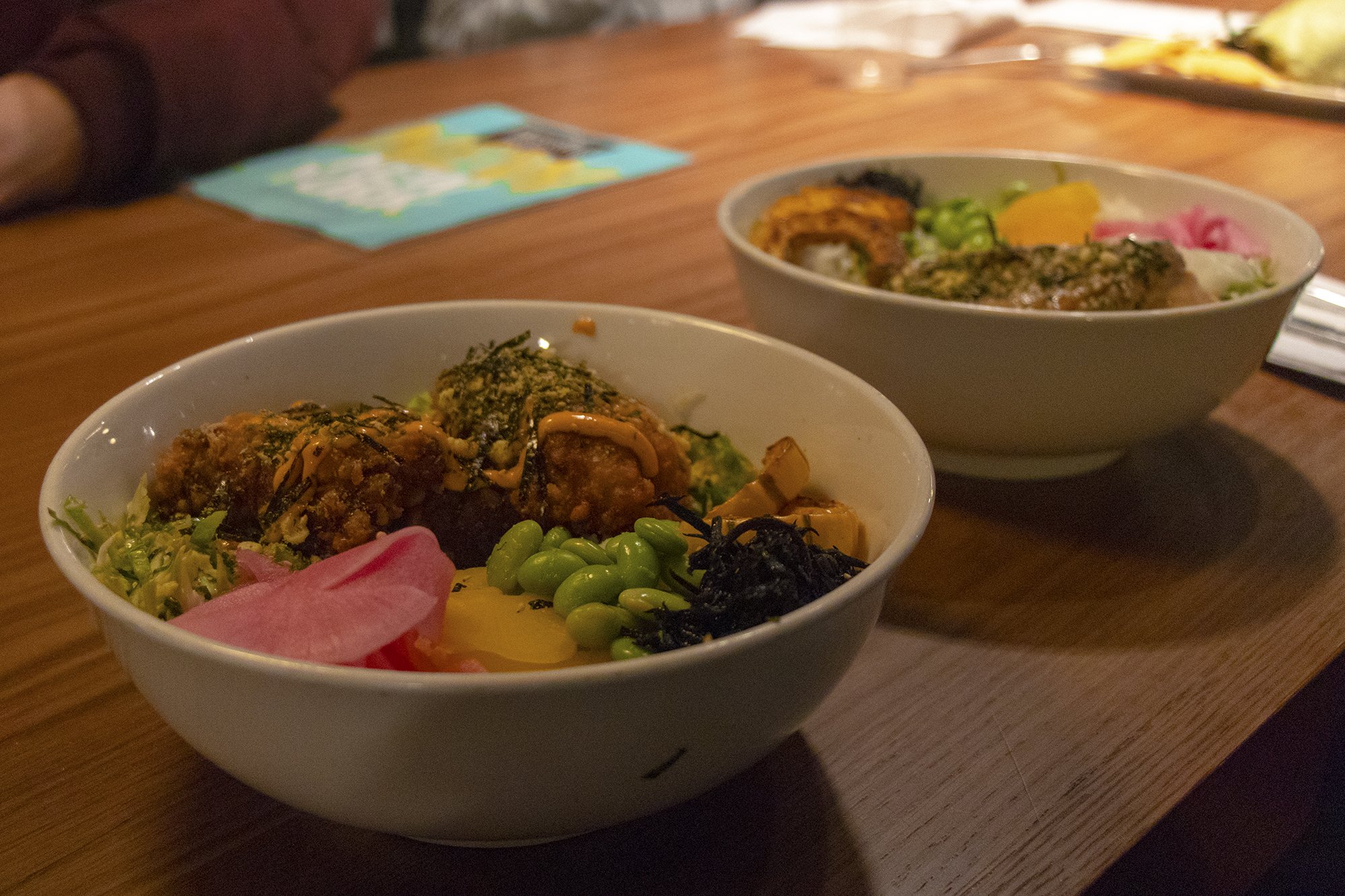 Urbanspace Vanderbilt is said to be the original food hall in NYC. With a rotating selection of more than 20 eateries, good music and plenty of seating space, this is certainly another must for food market aficionados. It’s part of the Urbanspace Management, which also includes Spitalfields and Camden Lock in London, and holiday favourites like the Union Square Holiday Market, The Lodge by Urbanspace in Bryant Park and Grand Central Holiday Fair in NY. So you know you’re in for a good one.

You can find Urbanspace Vanderbilt just around the corner from Grand Central Station – perfect if you want to kill some time while waiting for a train or are simply looking for great food in Midtown Manhattan. 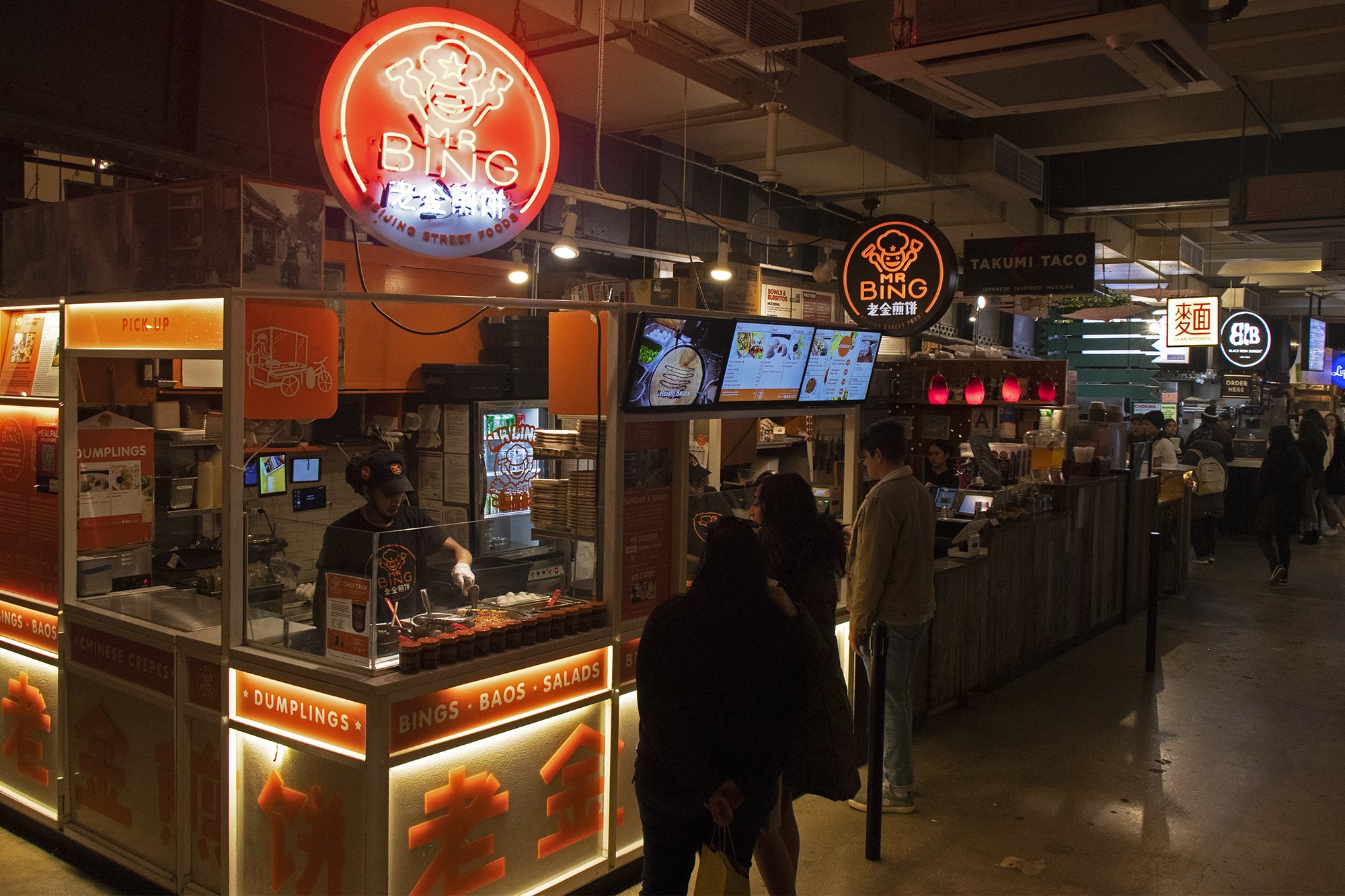 Looking for the biggest food hall in New York? That’s right, DeKalb Market Hall brings no less than 40 culinary vendors from all over the world to this food hall in Downtown Brooklyn. From Colombian arepas and Spanish churros to Katz’s Deli’s original rye bread pastrami sandwich. This underground food market is certainly an expert when it comes to traditional and ethnic food. Plus, there’s a 7,500ft space used for a variety of entertainment events. Think culinary experts, superb dining and fun experiences under the same roof. 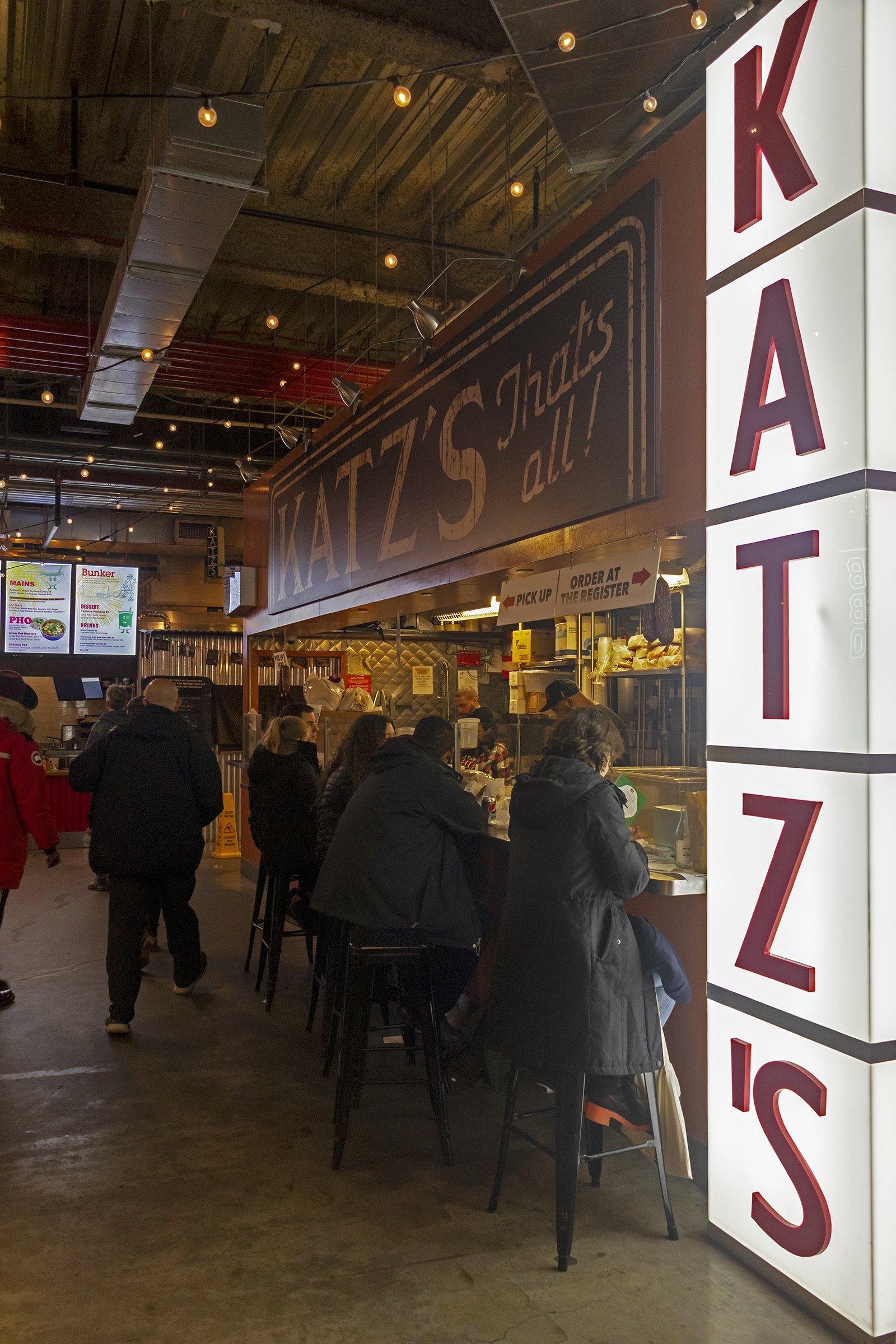 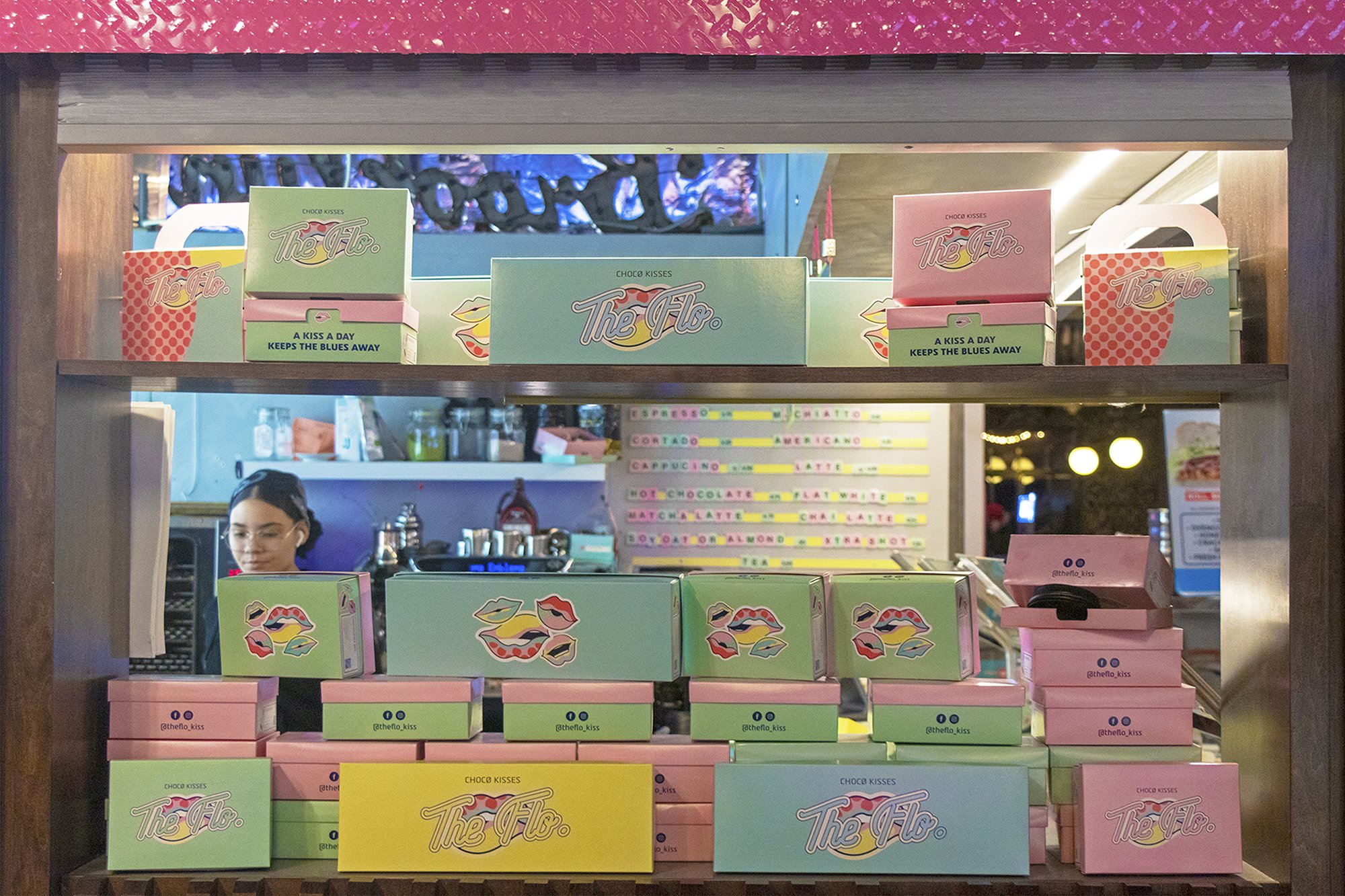 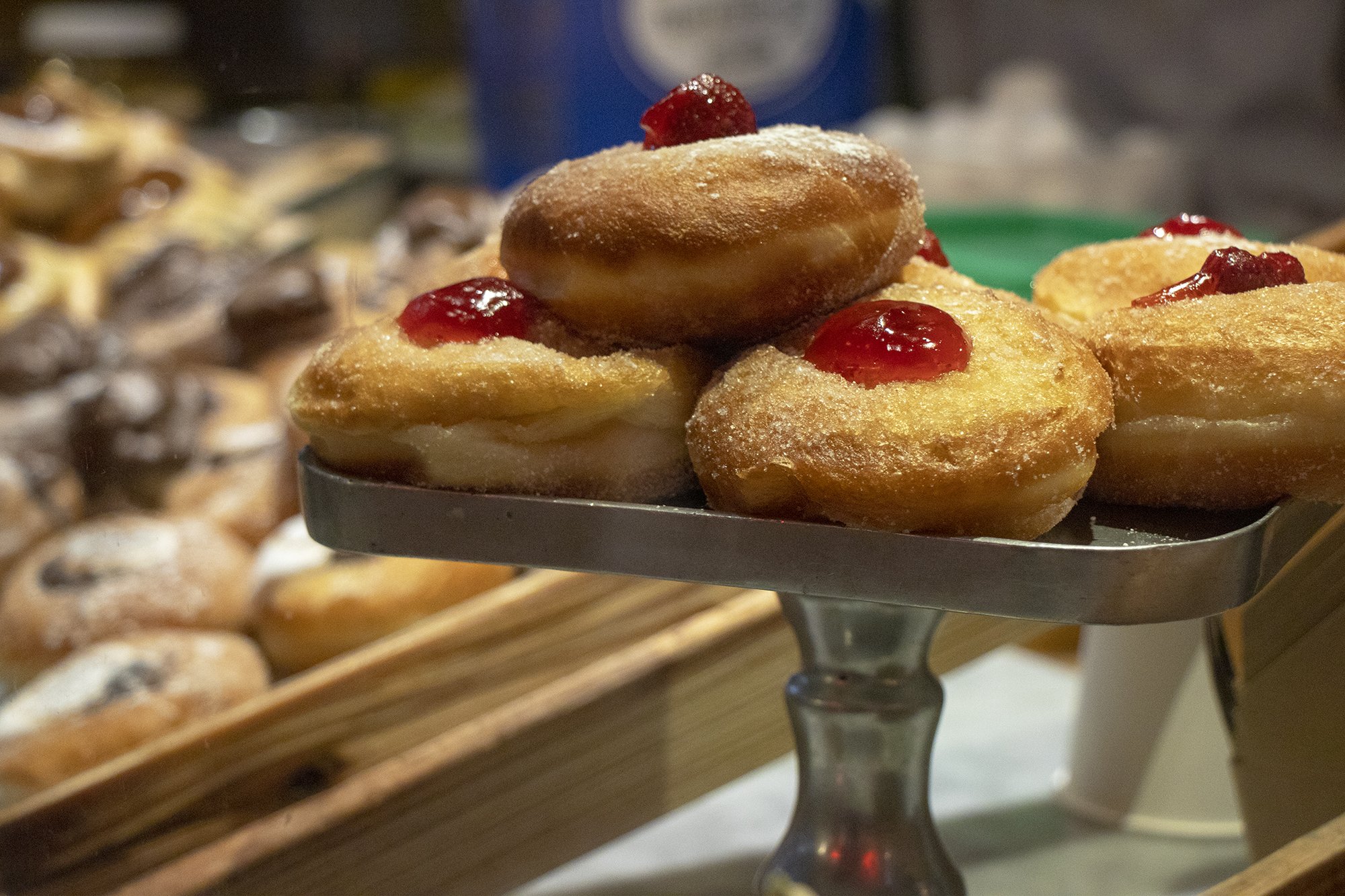 You can find The Pennsy in the heart of Midtown Manhattan, right next to Maddison Square Garden and above Penn Station. Here you’ll find food stalls serving veggie bites, gluten free goodies and plenty of options for meat and fish lovers. And, unlike the rest of the food markets here, it also comes with a (not so hidden) gem: a large outdoor beer garden! Inside, the Pennsy Bar serves delicious cocktails, wine and beer seven days a week. 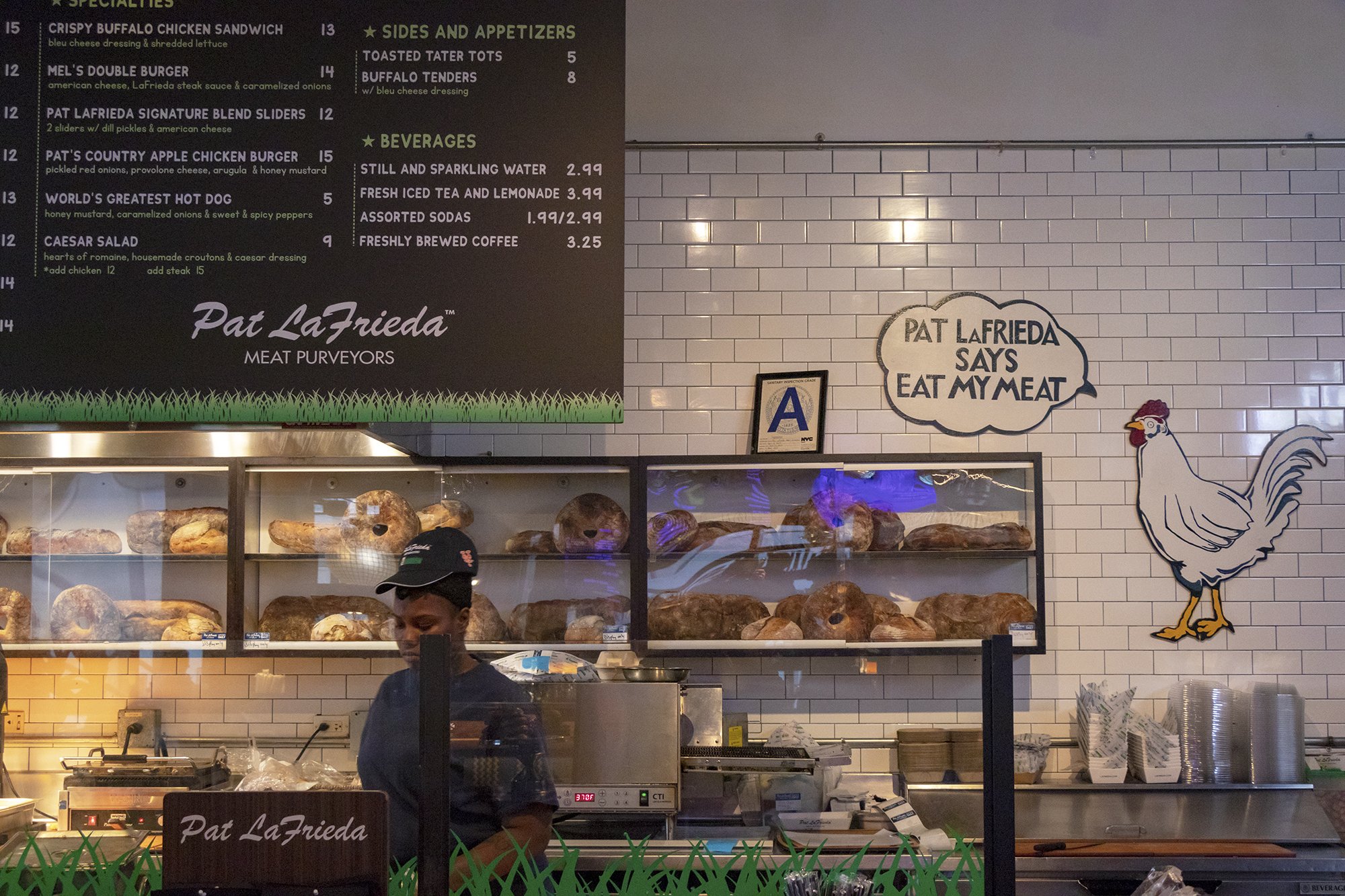 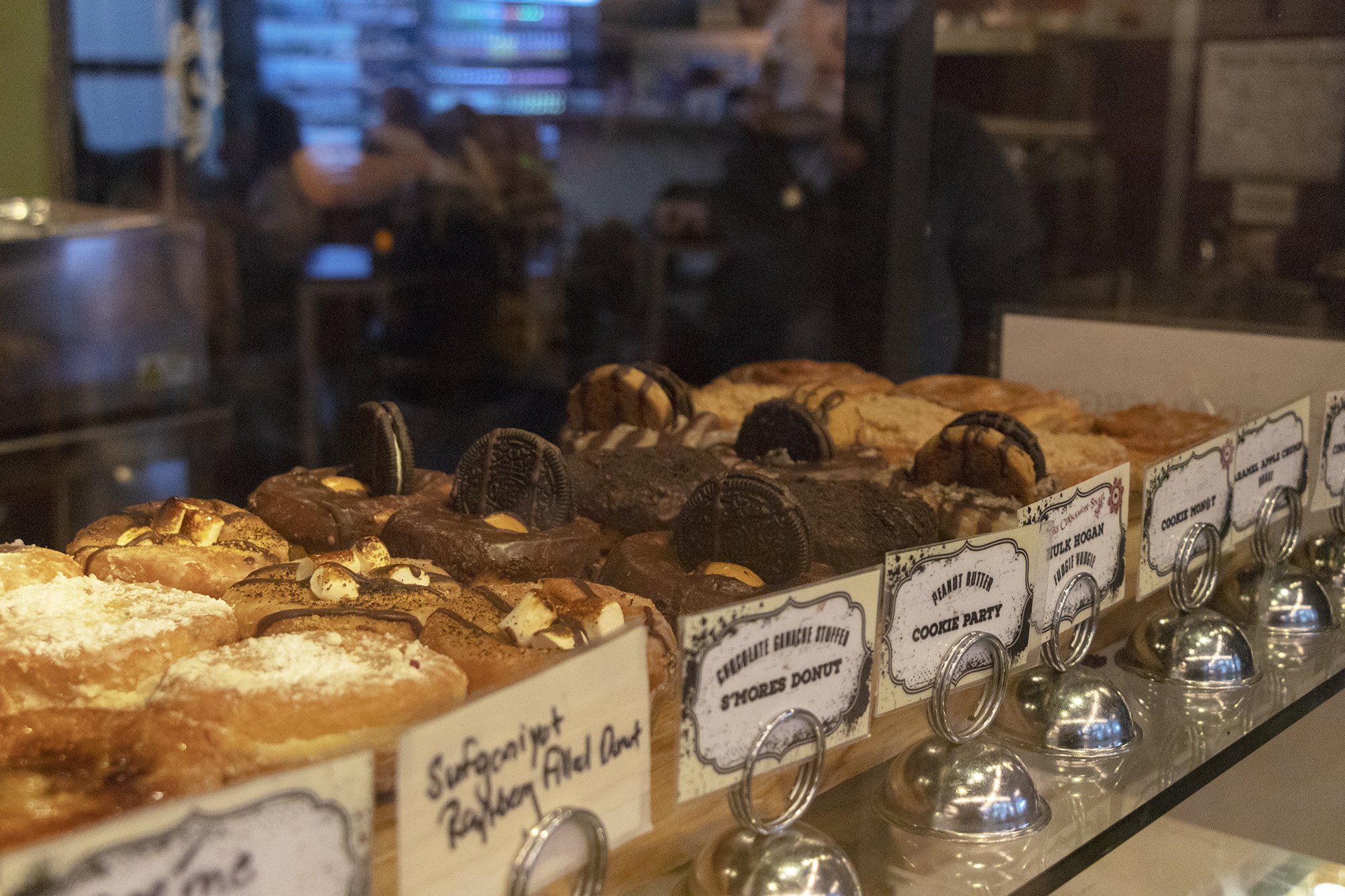 Have you eaten at any of these food halls before? What other food markets in NYC would you recommend visiting? If you loved our best food markets in New York City post, please leave us a comment and show us some love on social media using the buttons below.

If you liked our post on the best food markets in New York City, then check:

Things to do on a weekend in Bath | TRAVEL GUIDE