Cambridge is one of the most charming and quintessentially British places you can visit. Set on the banks of the River Cam, this picturesque historic city has it all. Cobbled labyrinthine streets, honey-coloured buildings and old bridges…Not to mention the quirky shops and boutiques and an infinite number of pubs and coffee houses. And of course, a total of 31 colleges that make up the world-renowned university and its very own gondola-like experience – punting!

Founded in 1209 by a group of scholars from the University of Oxford who settled in Cambridge after a dispute with Oxford’s townspeople, the University of Cambridge is one of the most prestigious academic institutions in the world. It’s also the second oldest University in the UK after Oxford. After exploring Oxford on a day trip last year, we couldn’t resist checking the other half of the Oxford-Cambridge rivalry. This time, however, we had the help and recommendations of our friends acting as our own private local guides. 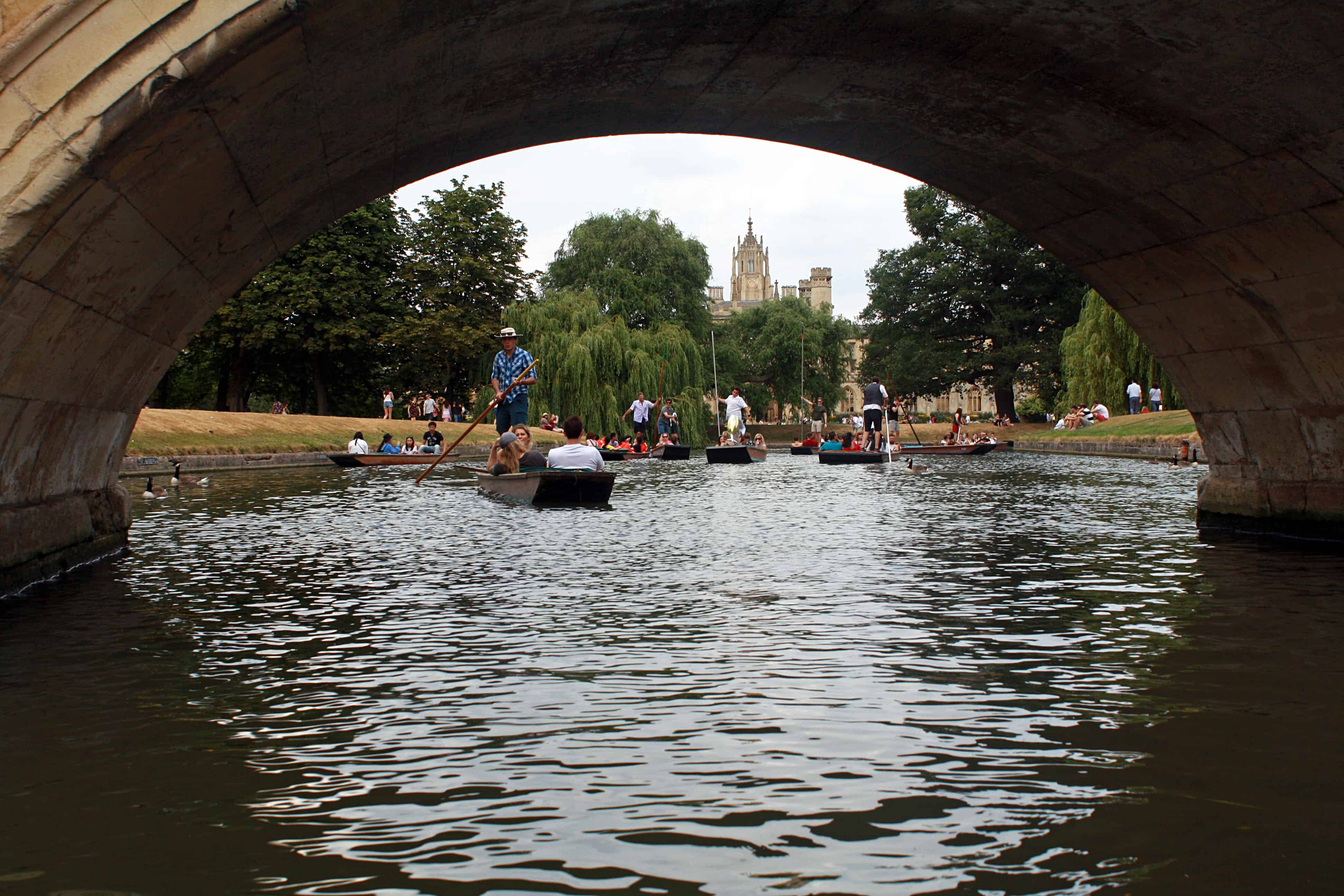 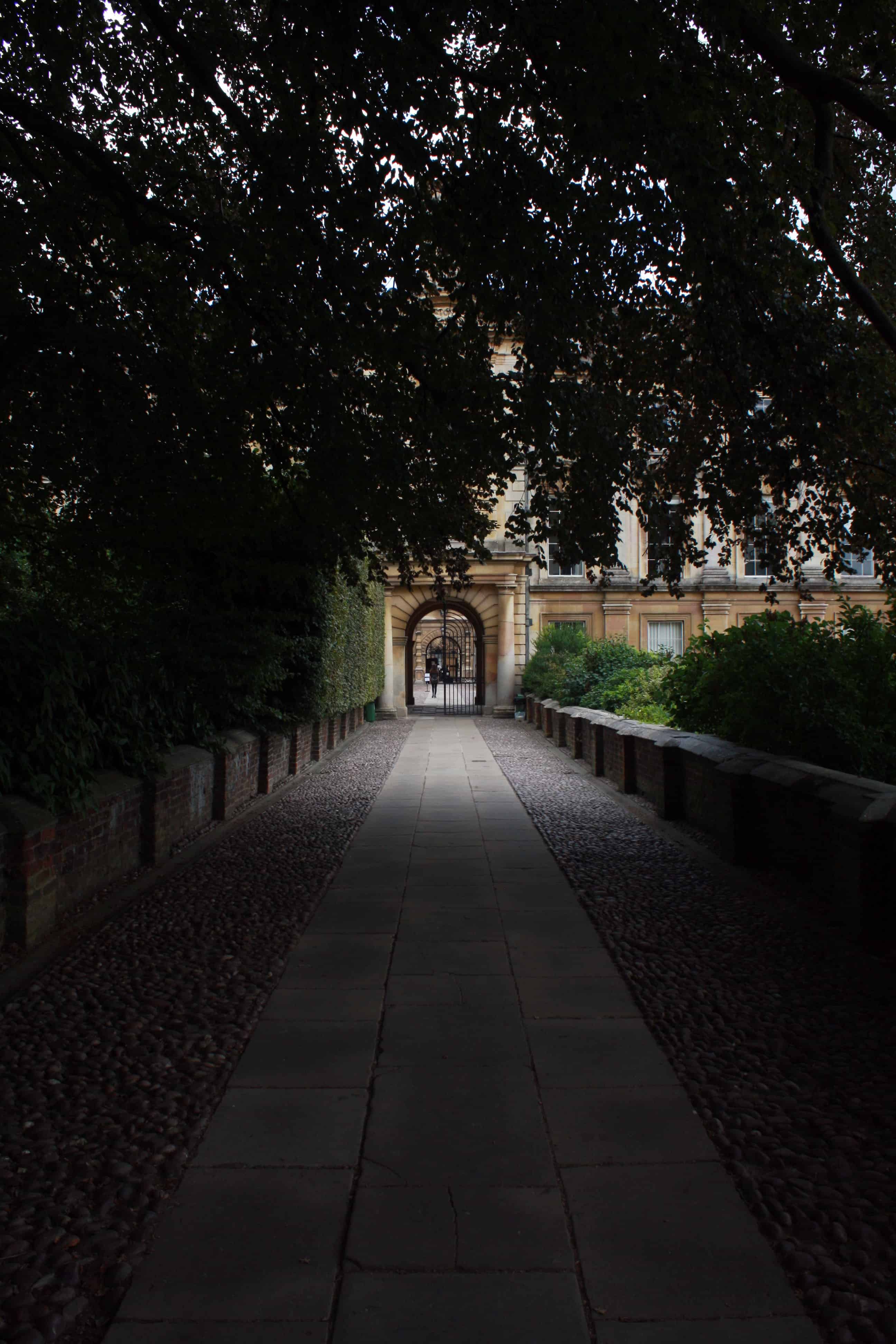 1. The University of Cambridge Colleges

Cambridge is a traditional, yet cosmopolitan small city that can can easily be visited on a day trip. Head over to the busy historic centre, constantly filled with students and tourists from all over the world. Taking a stroll around the cobblestone alleys and visiting at least one of the 31 world famous colleges is a must. You will usually be charged to enter; however, you can get in for free if you are with a student of any of the colleges! 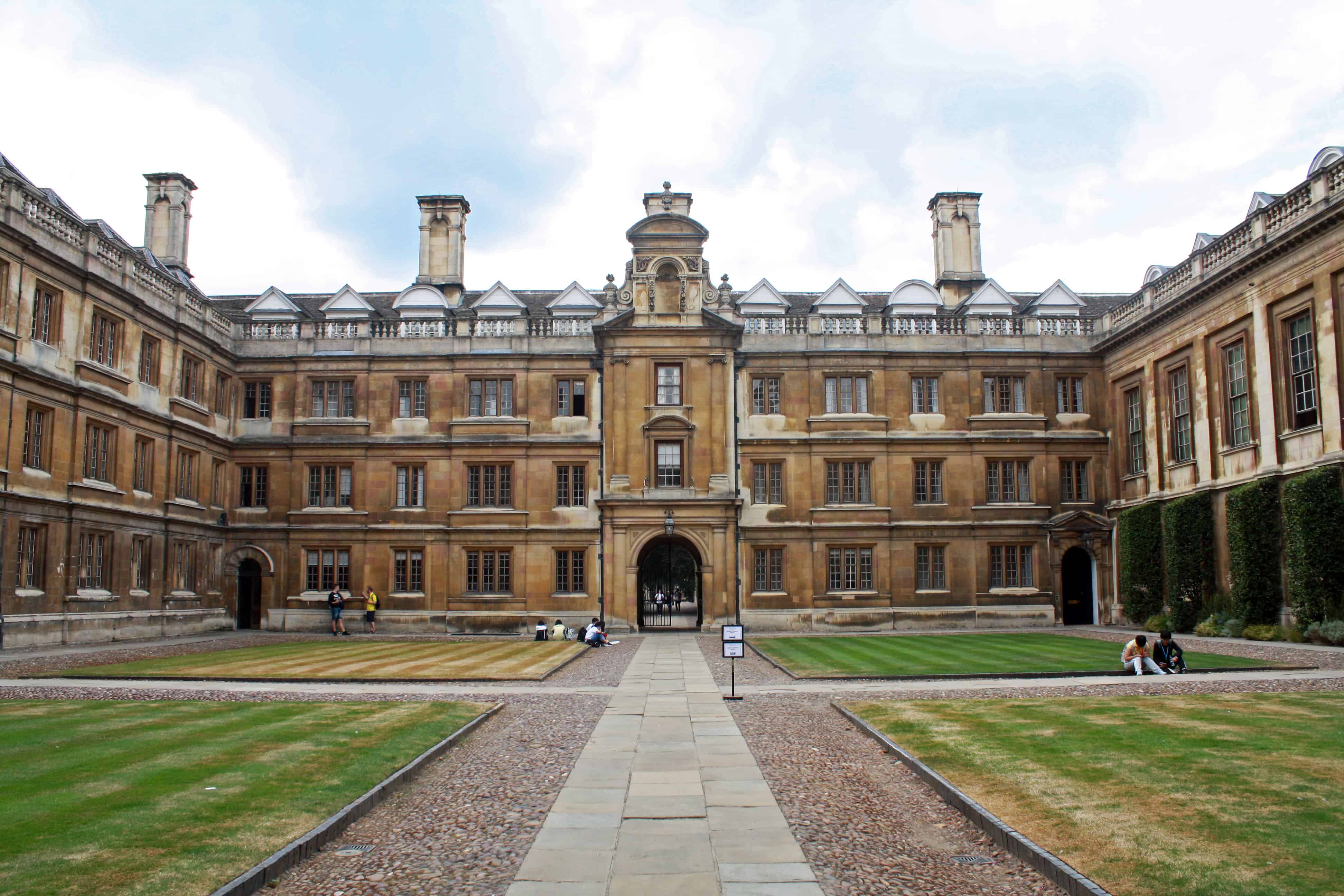 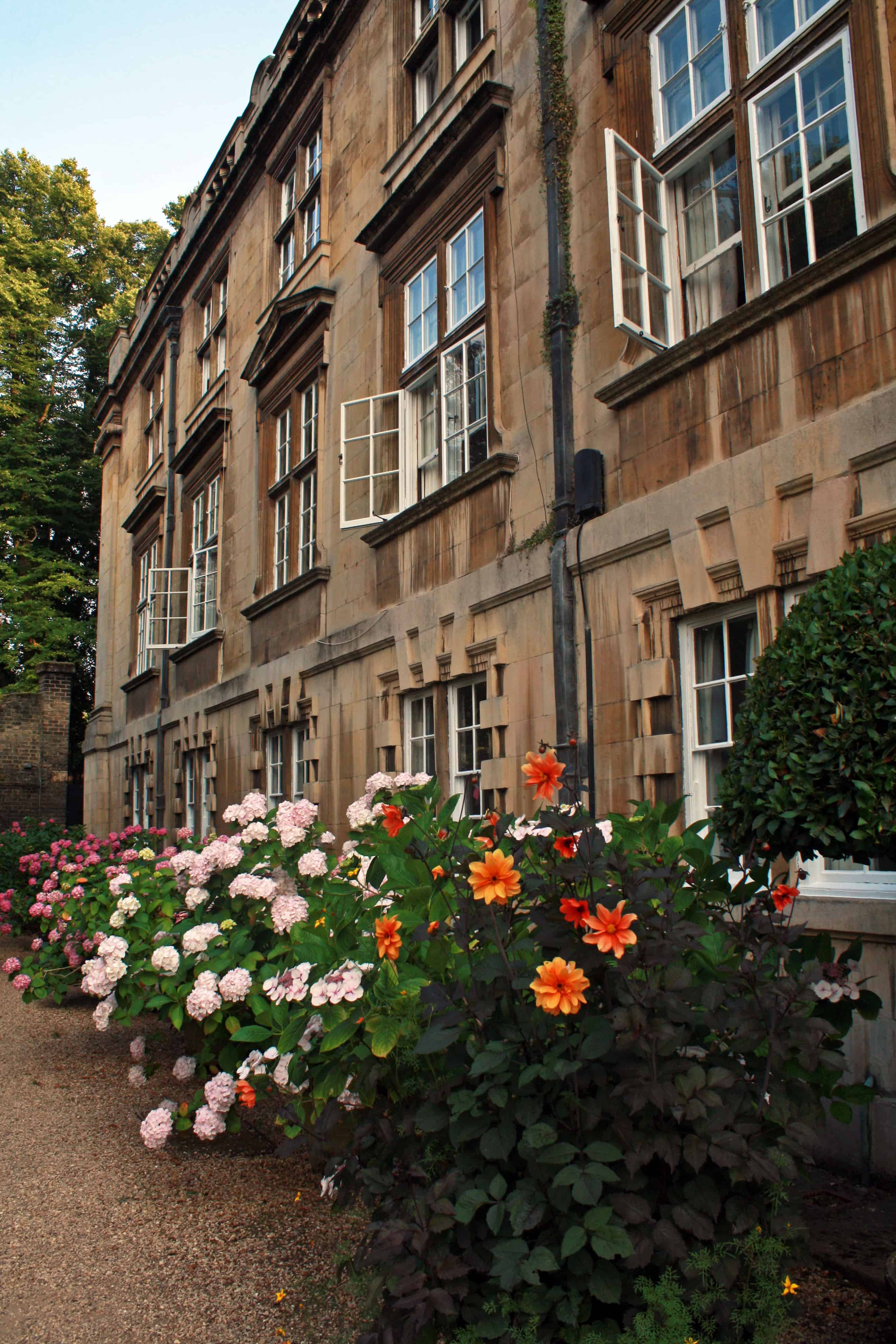 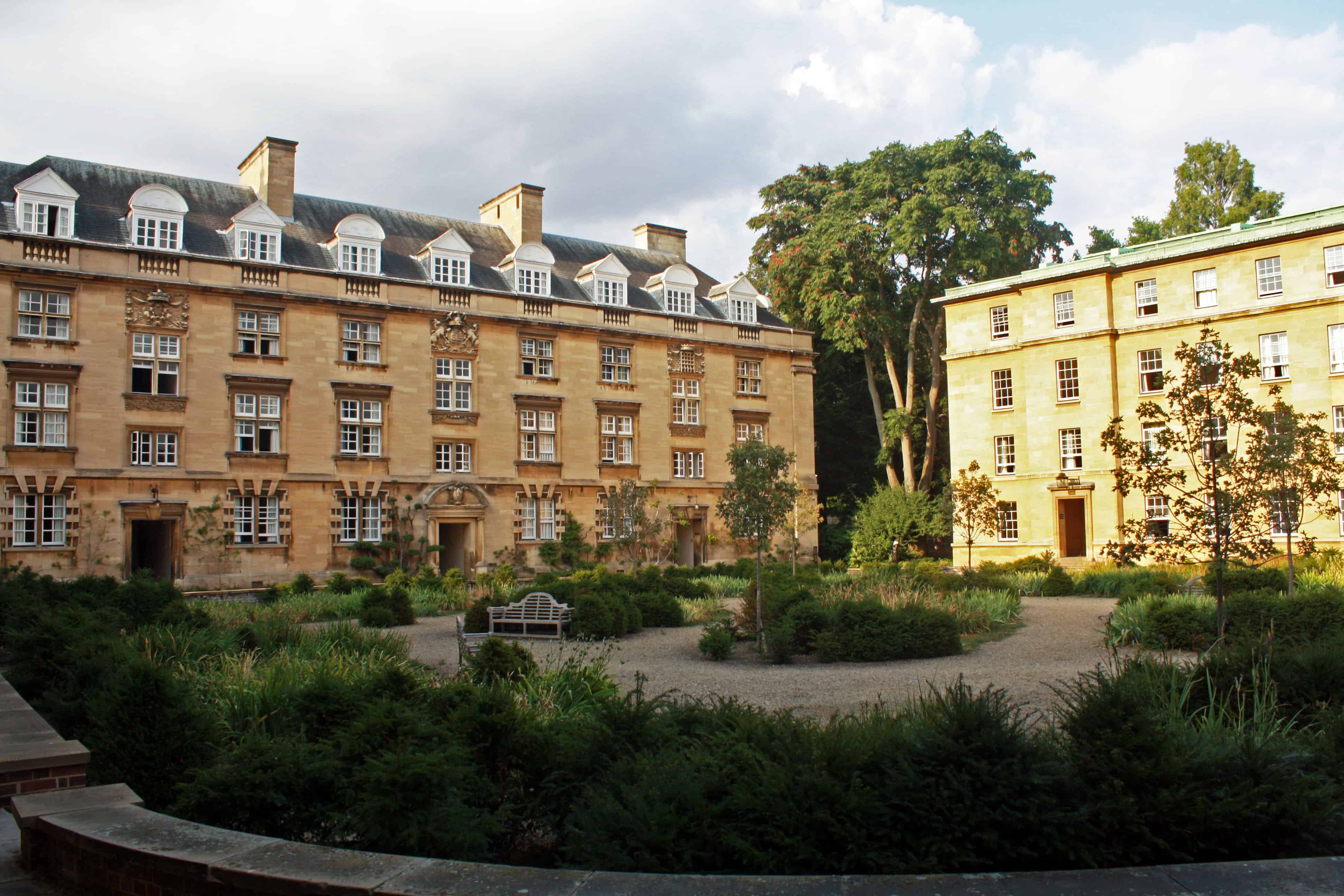 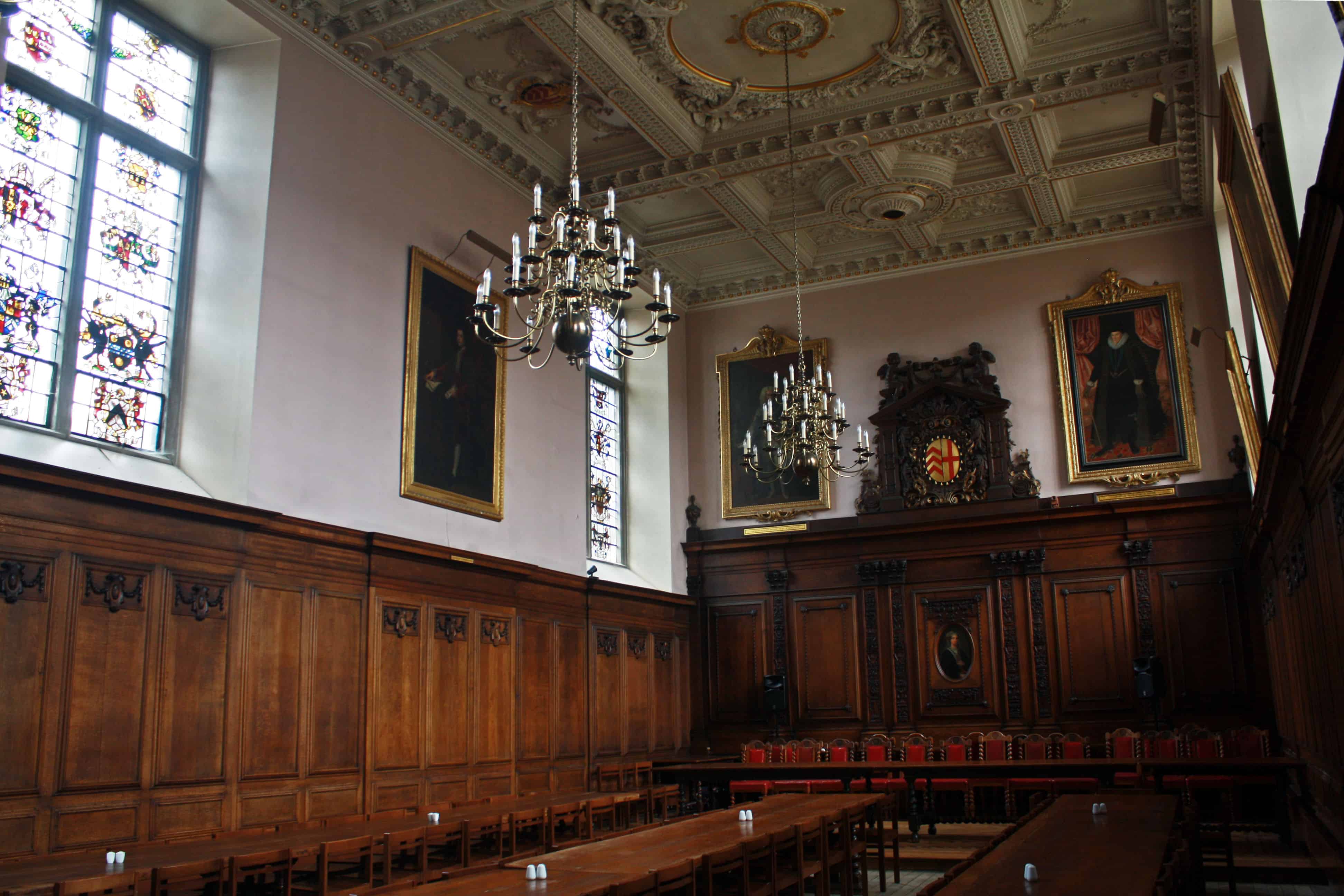 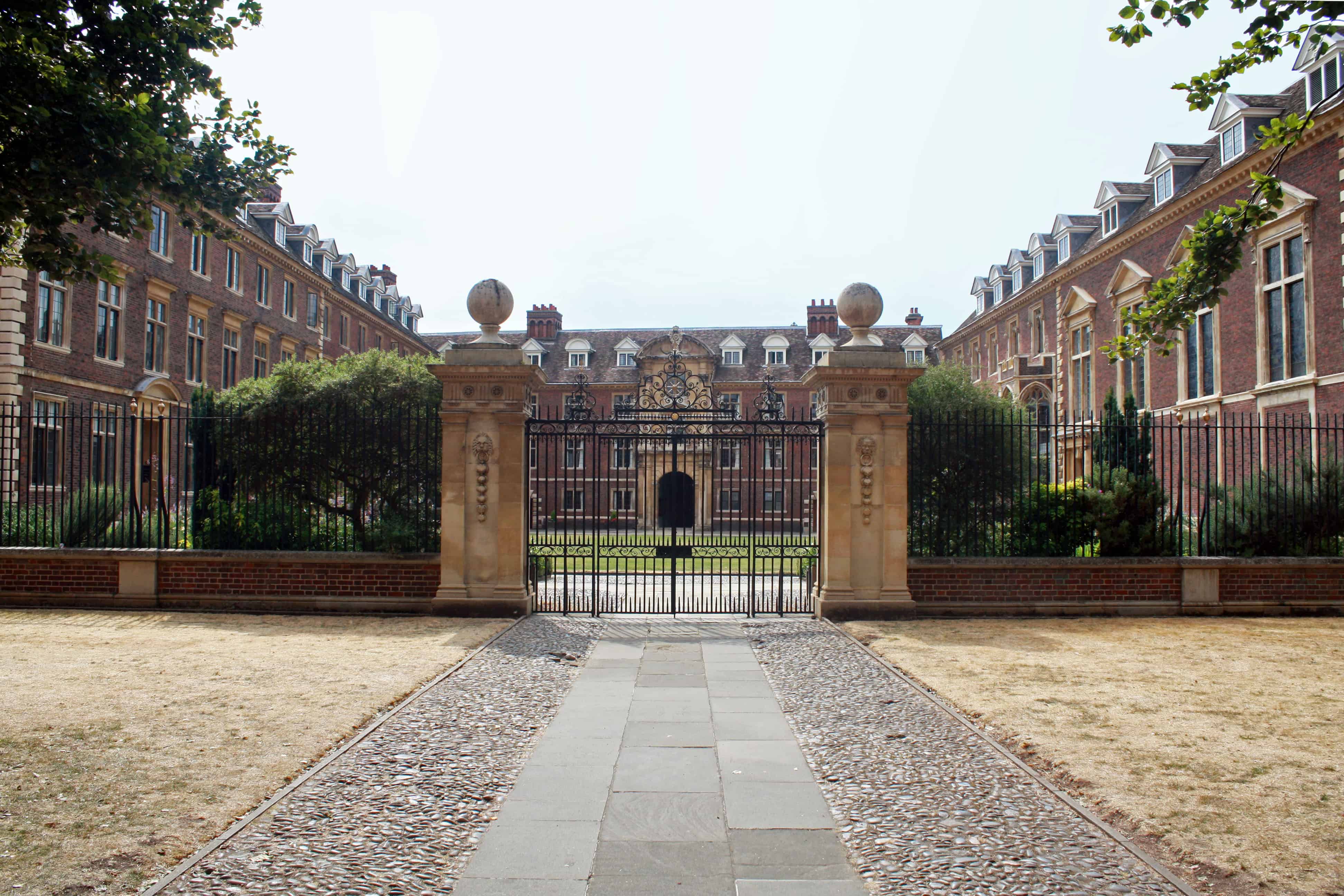 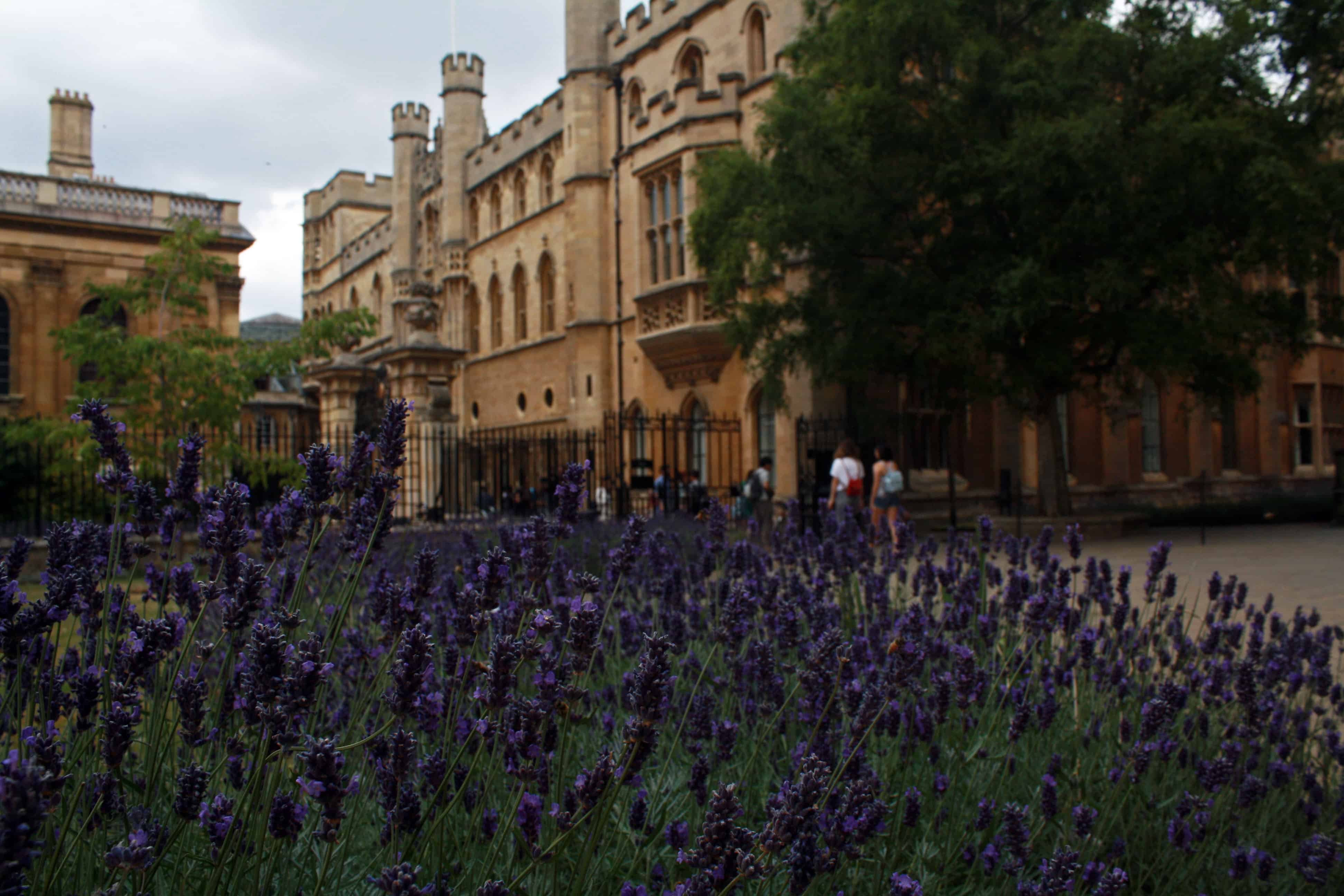 Ok, now that I’ve got your attention, the big question is – which colleges do you visit?

From the oldest of the colleges, Peterhouse (1284), to the most modern, Robinson (1977), the 31 colleges of the University of Cambridge include Clare, Trinity, Magdalene, St Catharine’s, Christ’s, Darwin and of course King’s.

Founded by Henry VI in 1441, King’s College is perhaps the most famous and impressive of them all. And the King’s College Chapel is one of the clearest examples of English Gothic architecture. With spectacular medieval stained glass windows and what’s the largest fan vaulted ceiling in the world, it took over a century to complete. Daily religious celebrations and the service on Christmas Eve take place here. Fun tip: look out for the cows grazing in the college grounds! 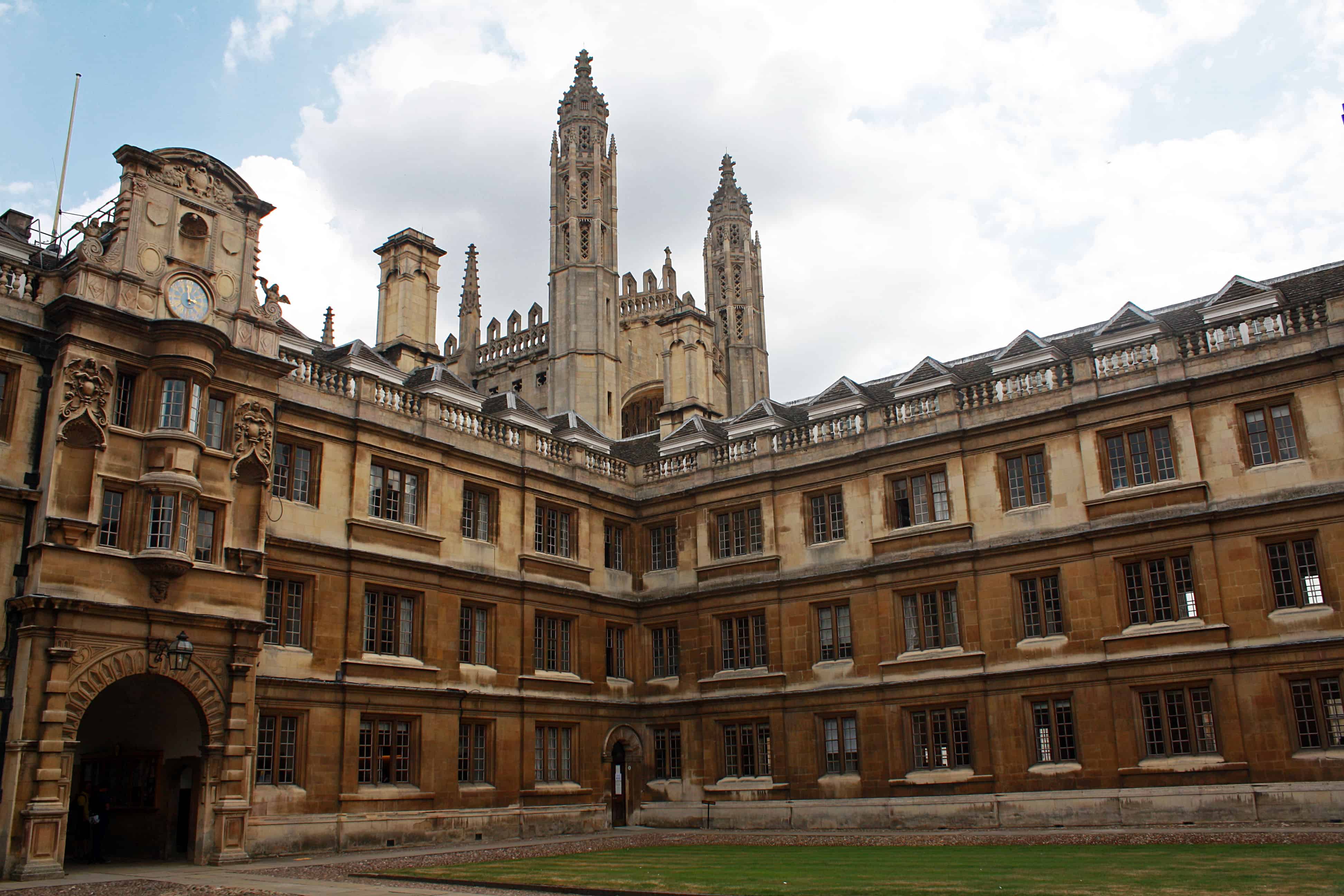 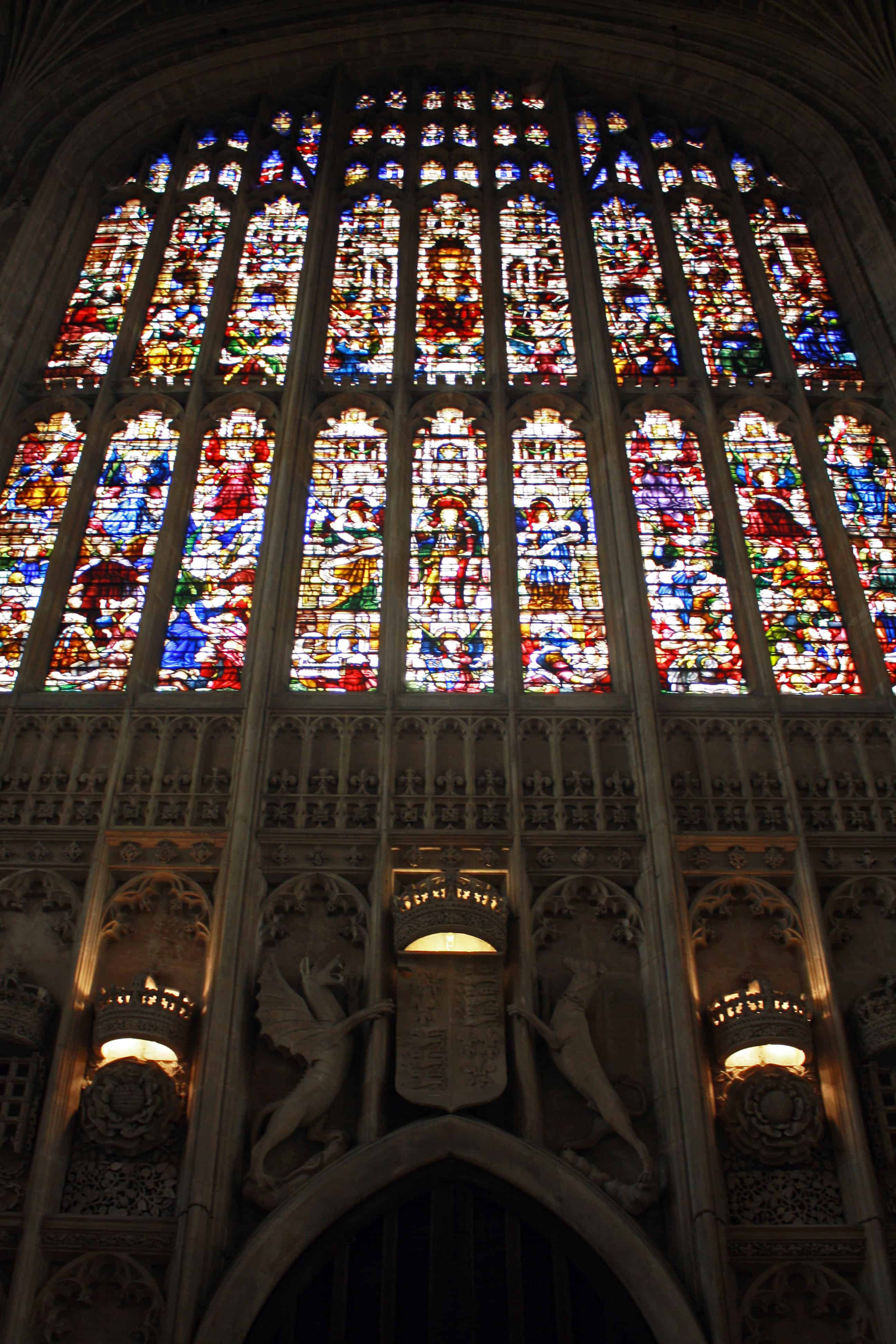 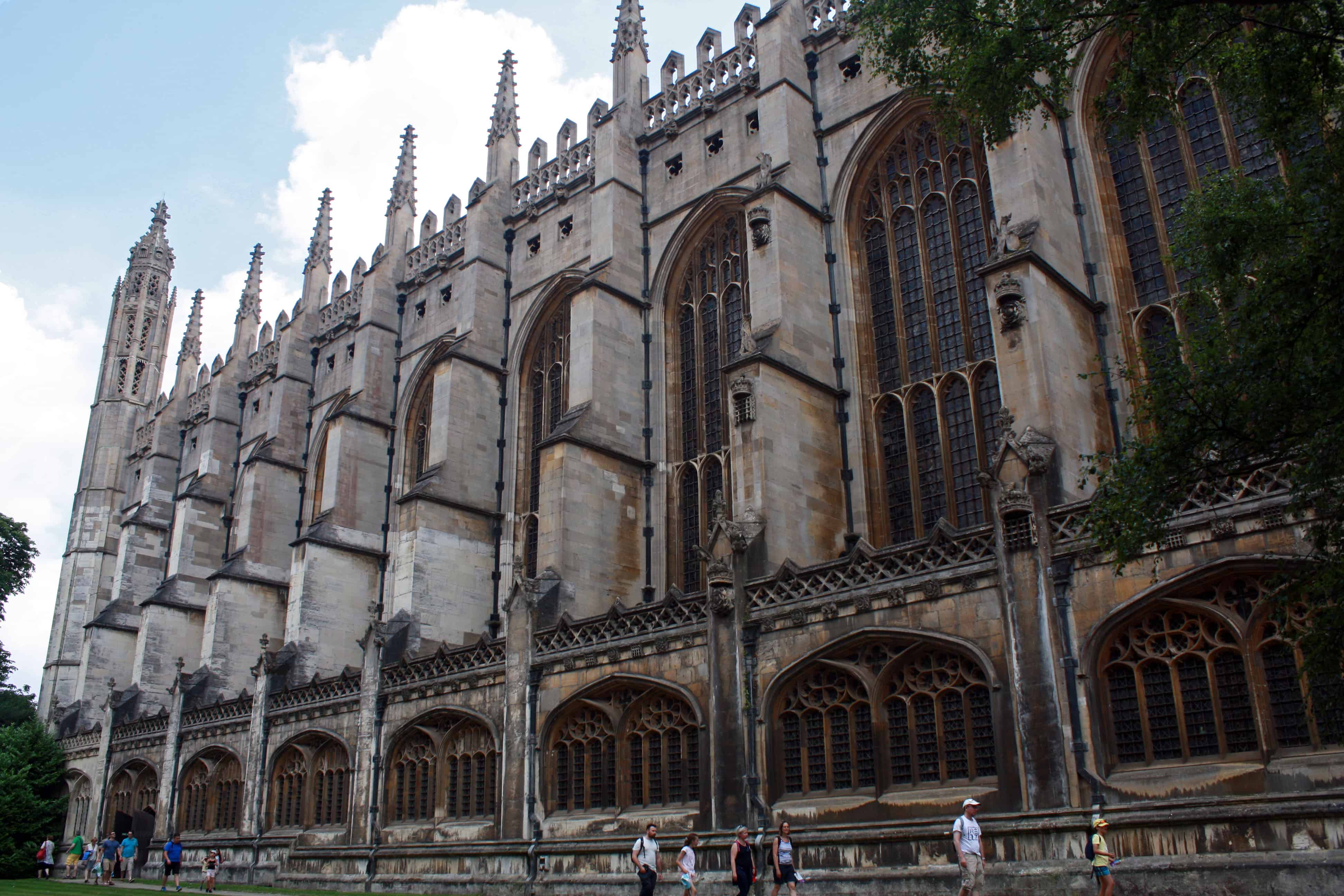 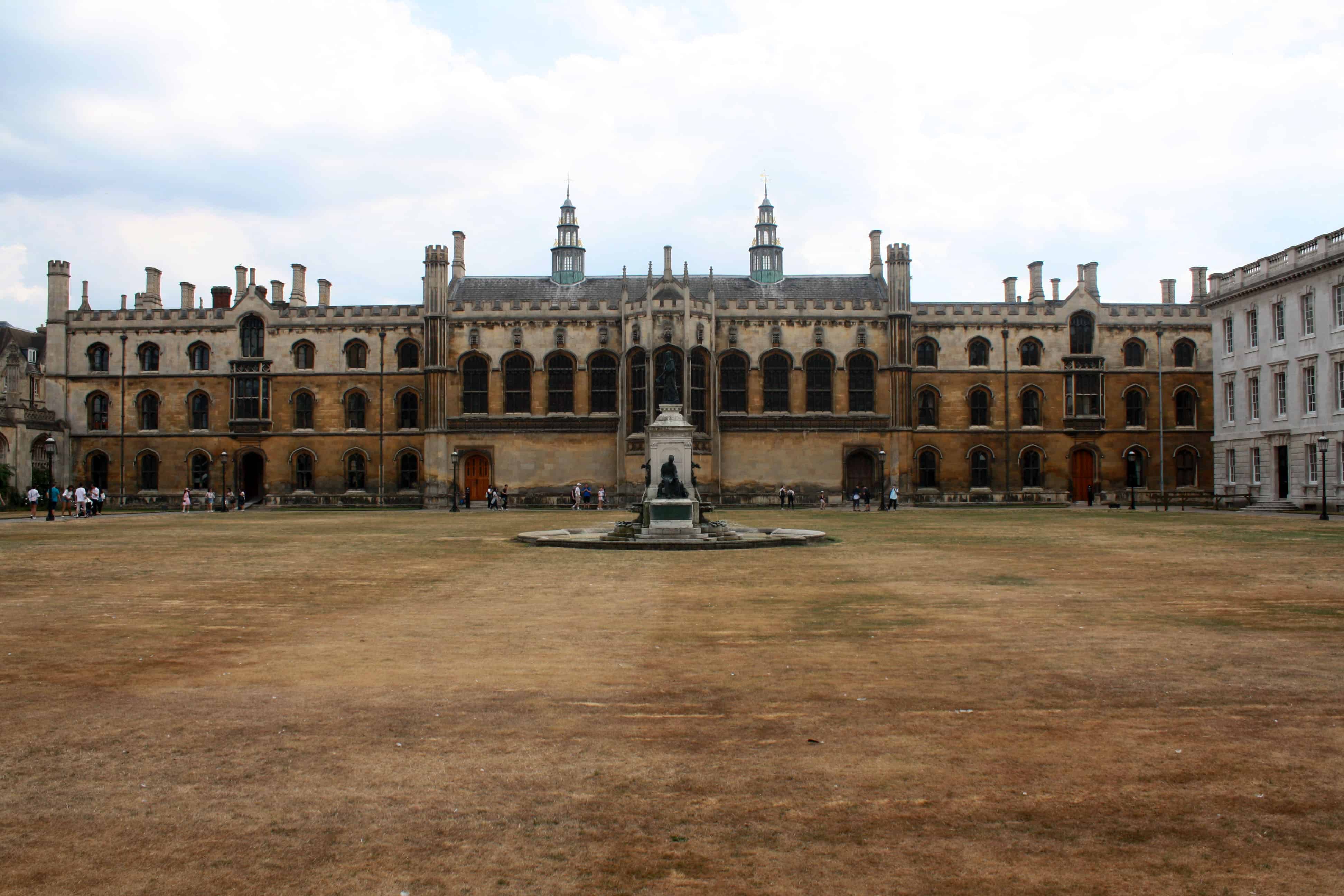 3. Punting on the River Cam

No visit to Cambridge is complete without punting. The British variant of the Venetian gondola offers a completely different perspective of the city from the River Cam. You can hop on one of the many guided punt tours available throughout the day. An experienced punter (a traditional job done by many of the university students) will tell you everything you need to know about Cambridge’s history, colleges and streets as you pass by them through the slow-moving river. If you’re feeling brave enough, you can rent a punt for yourself and friends. Grab a pole and ride up and down the river like we did. I have to admit Sam and Alex behaved like professional punters and did a fantastic job here! 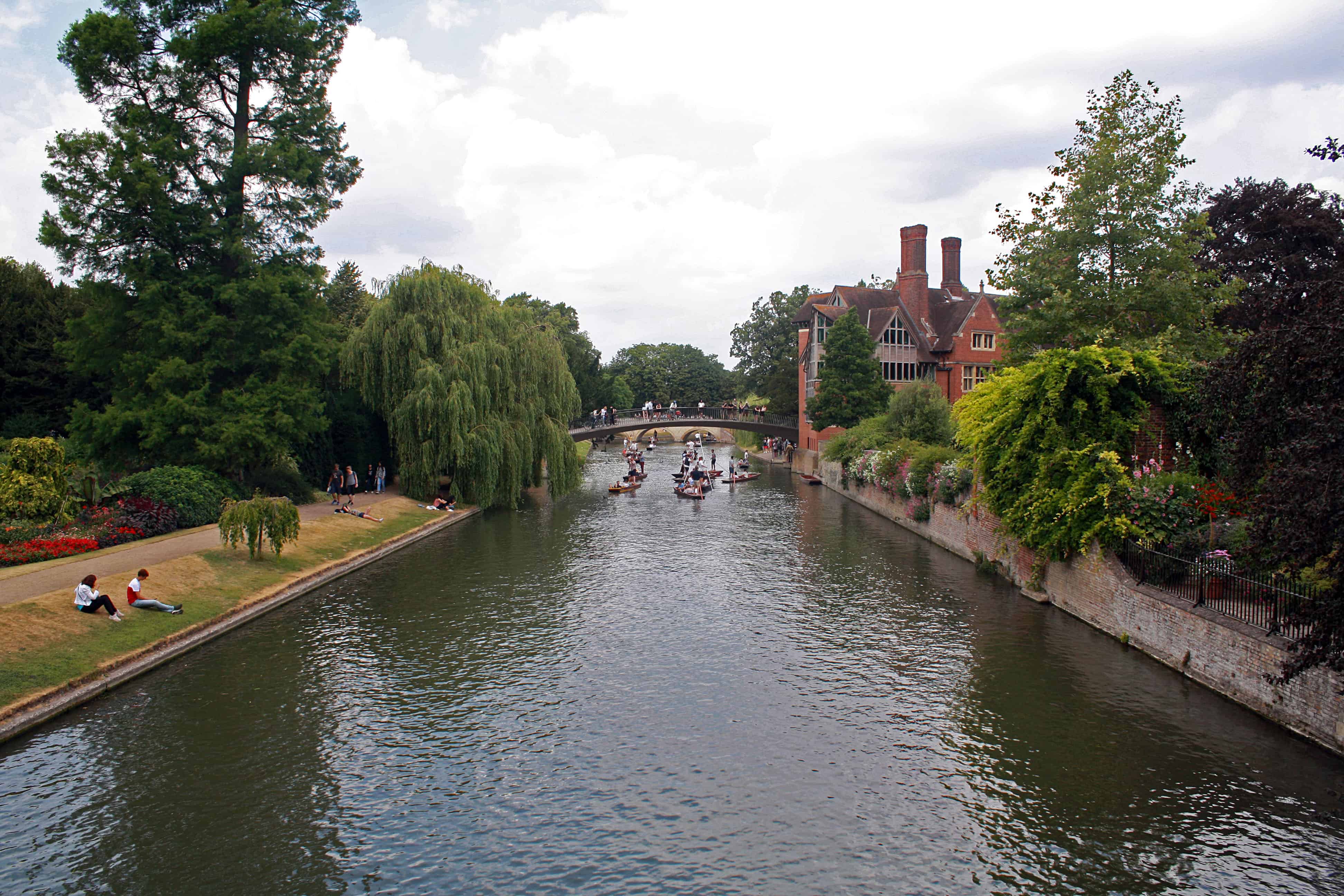 For the fearless, know that punting practice is much better near Darwin College as it’s less busy. The whole thing can get quite hectic near King’s, Clare and Trinity and you’re risking getting caught in a boat traffic jam or hitting your head on one of the many bridges! 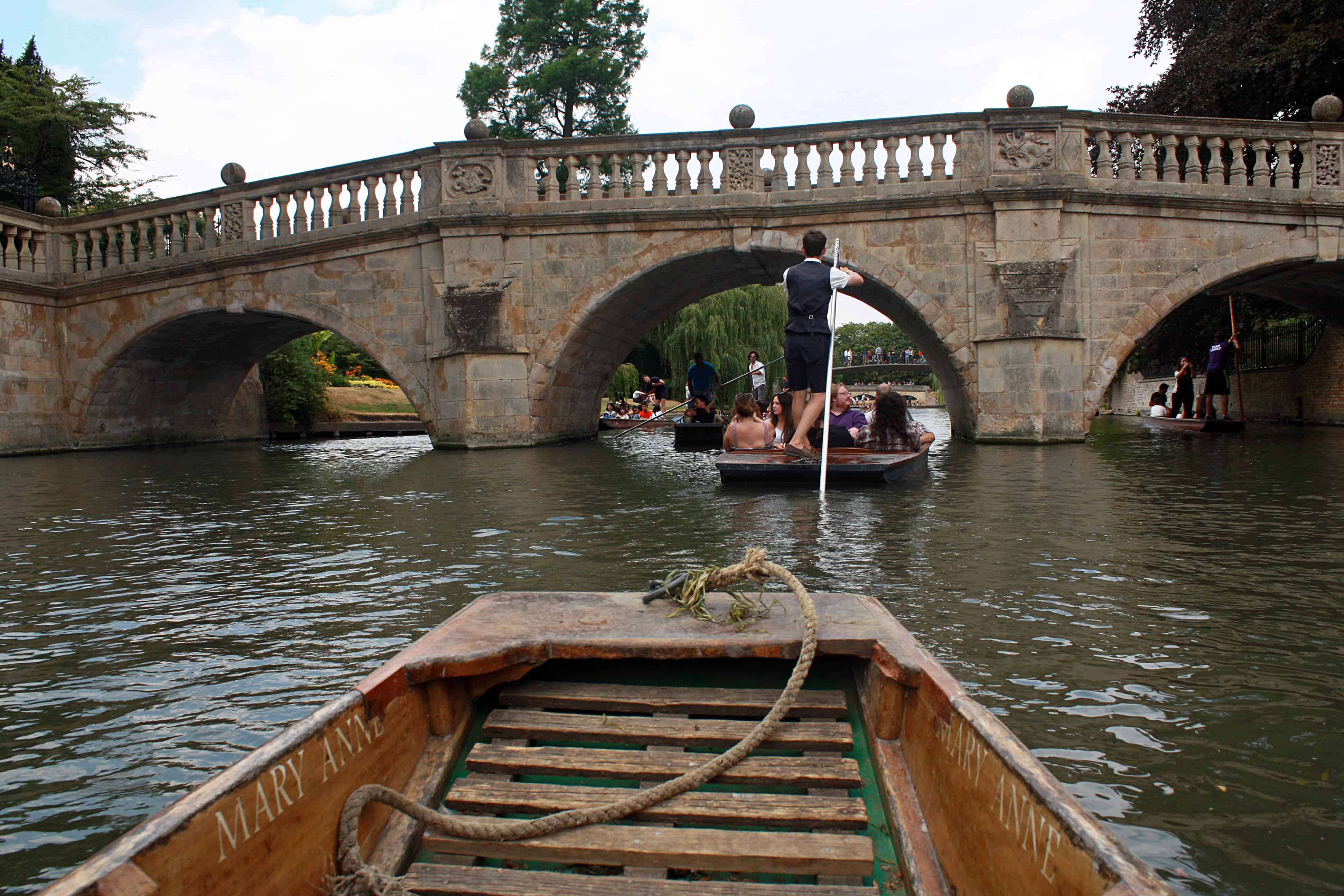 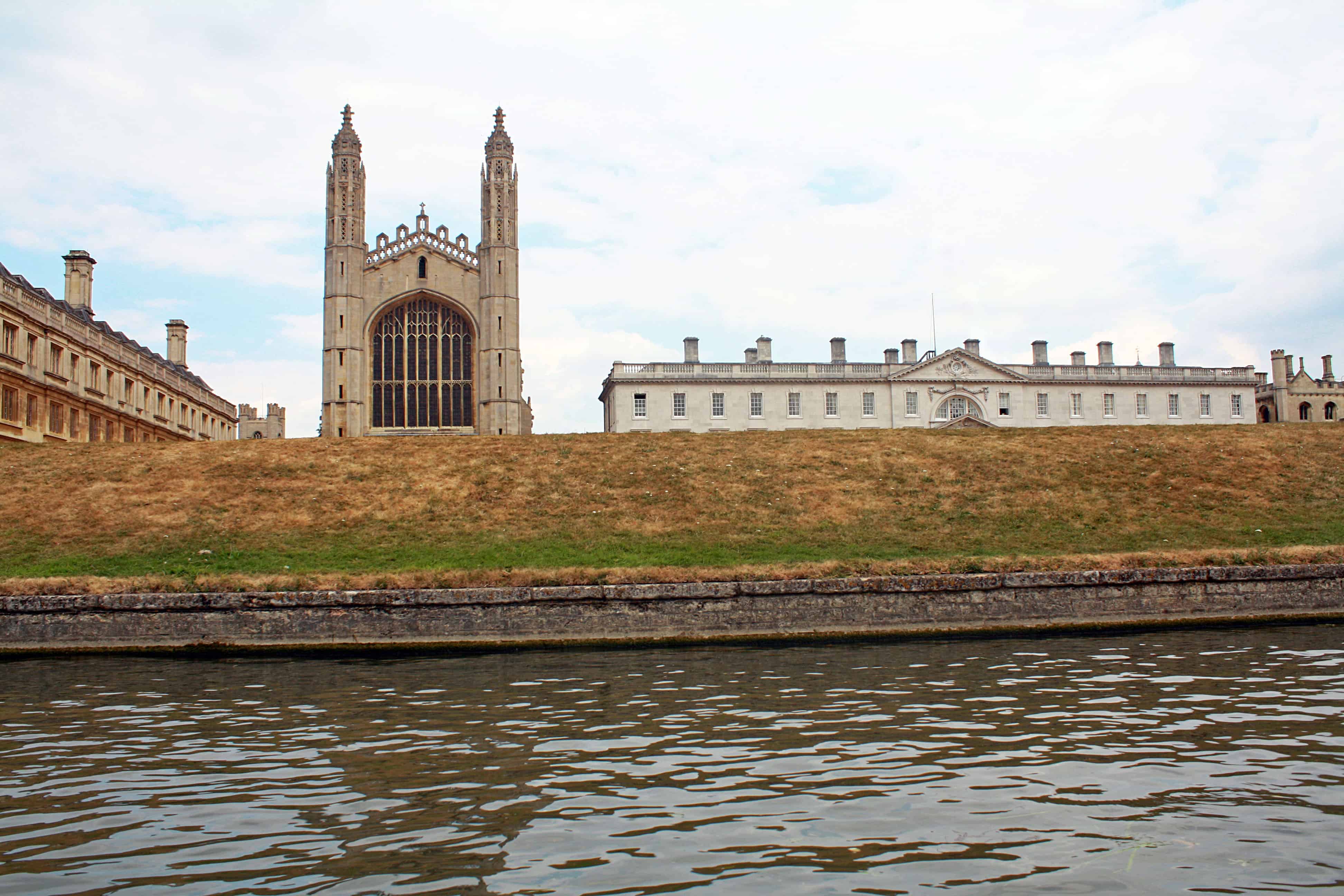 Speaking of bridges, there are currently 25 bridges in Cambridge (one in the making)! The Mathematical Bridge, Bridge of Sighs, Garret Hostel Bridge (aka Orgasm Bridge, *wink wink*) and Clare Bridge are perhaps the most famous. Clare College Bridge is also the oldest of the current bridges and sports a missing piece on one of its globes. Legend says that the missing segment was removed by the builder of the bridge after he was offered less money than what was initially agreed. Others say it was a way of avoiding the tax that was applied to complete bridges. Which one do you think is correct? I like to think it’s the first one, but avoiding tax sounds like a thing that would probably happen more often. 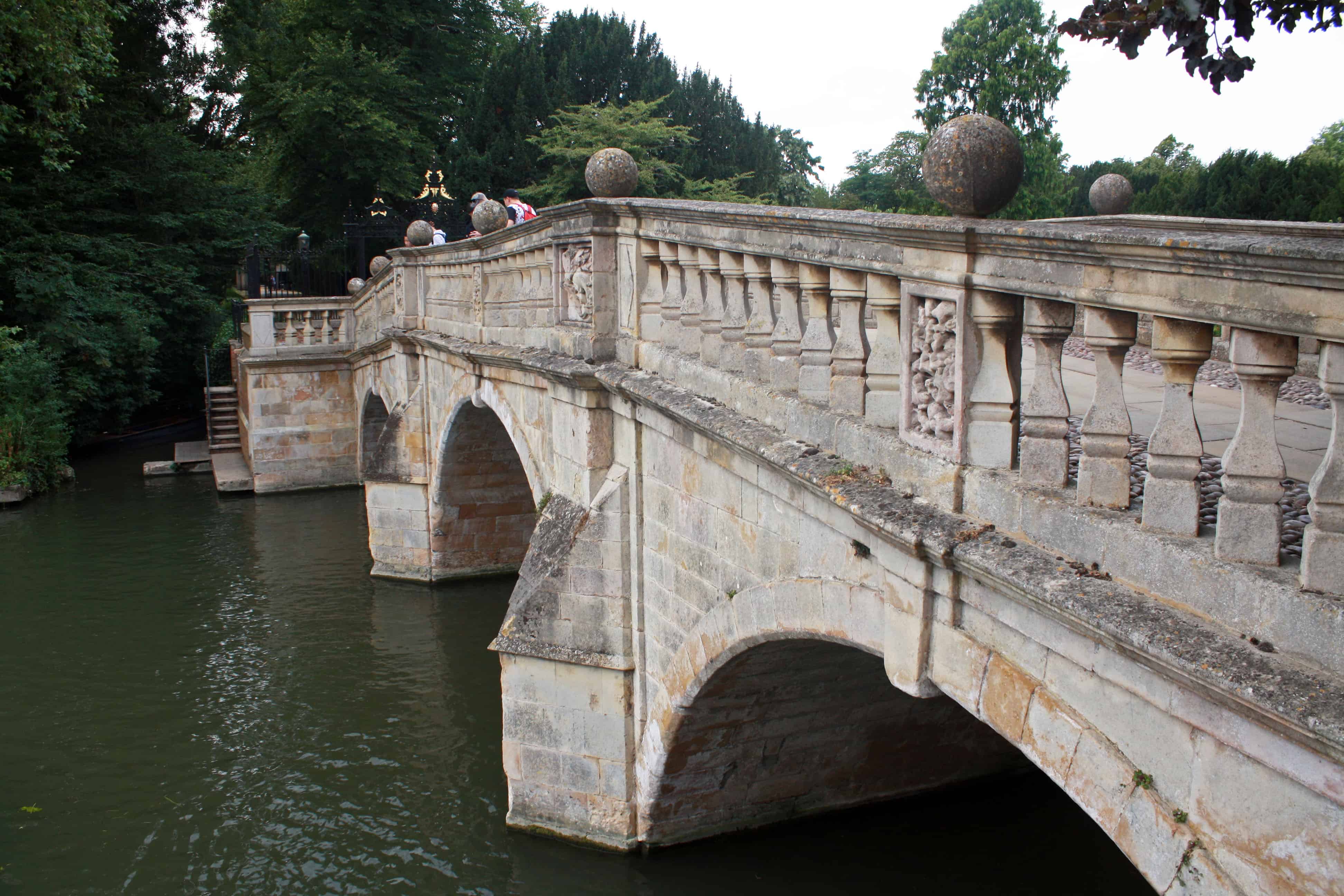 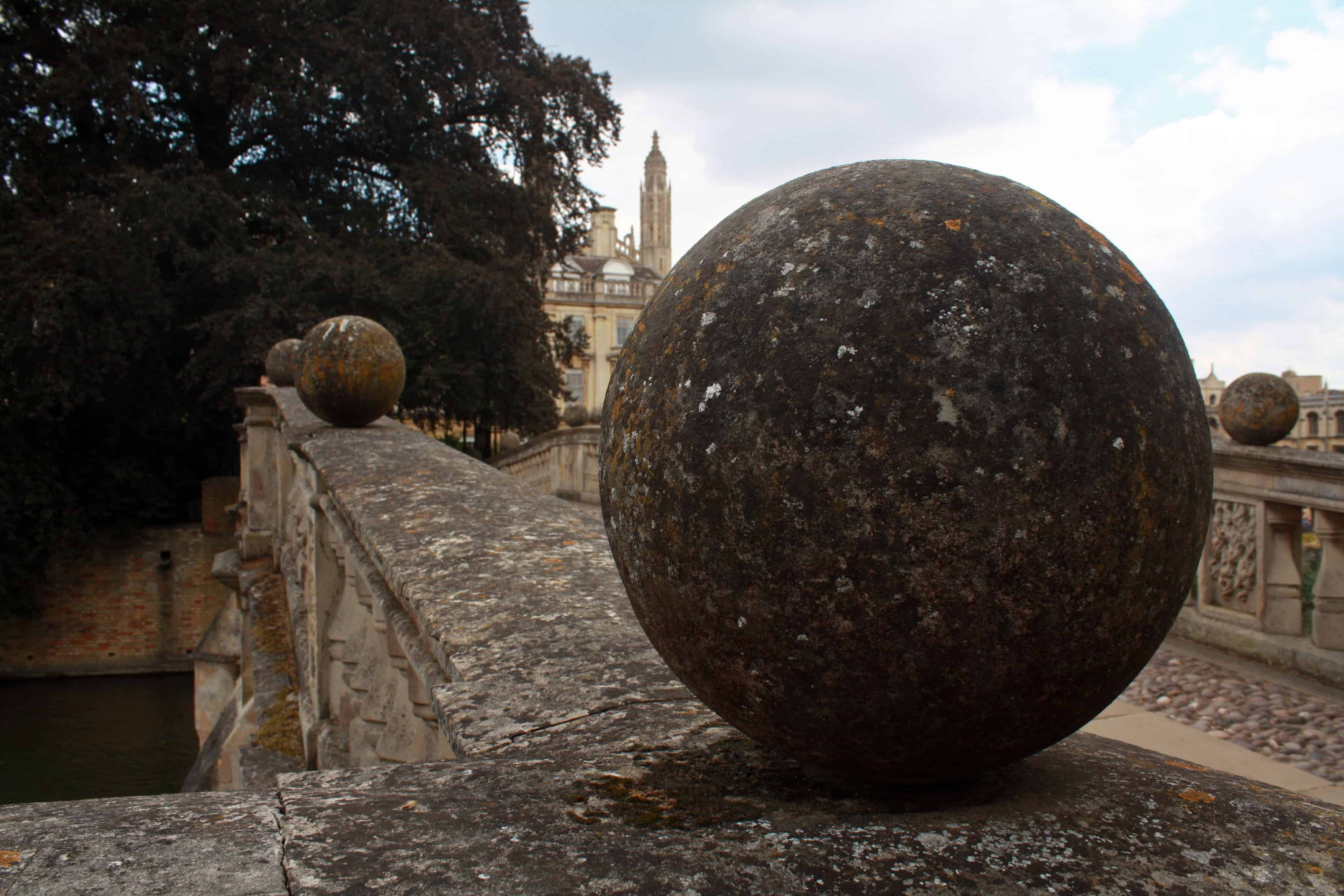 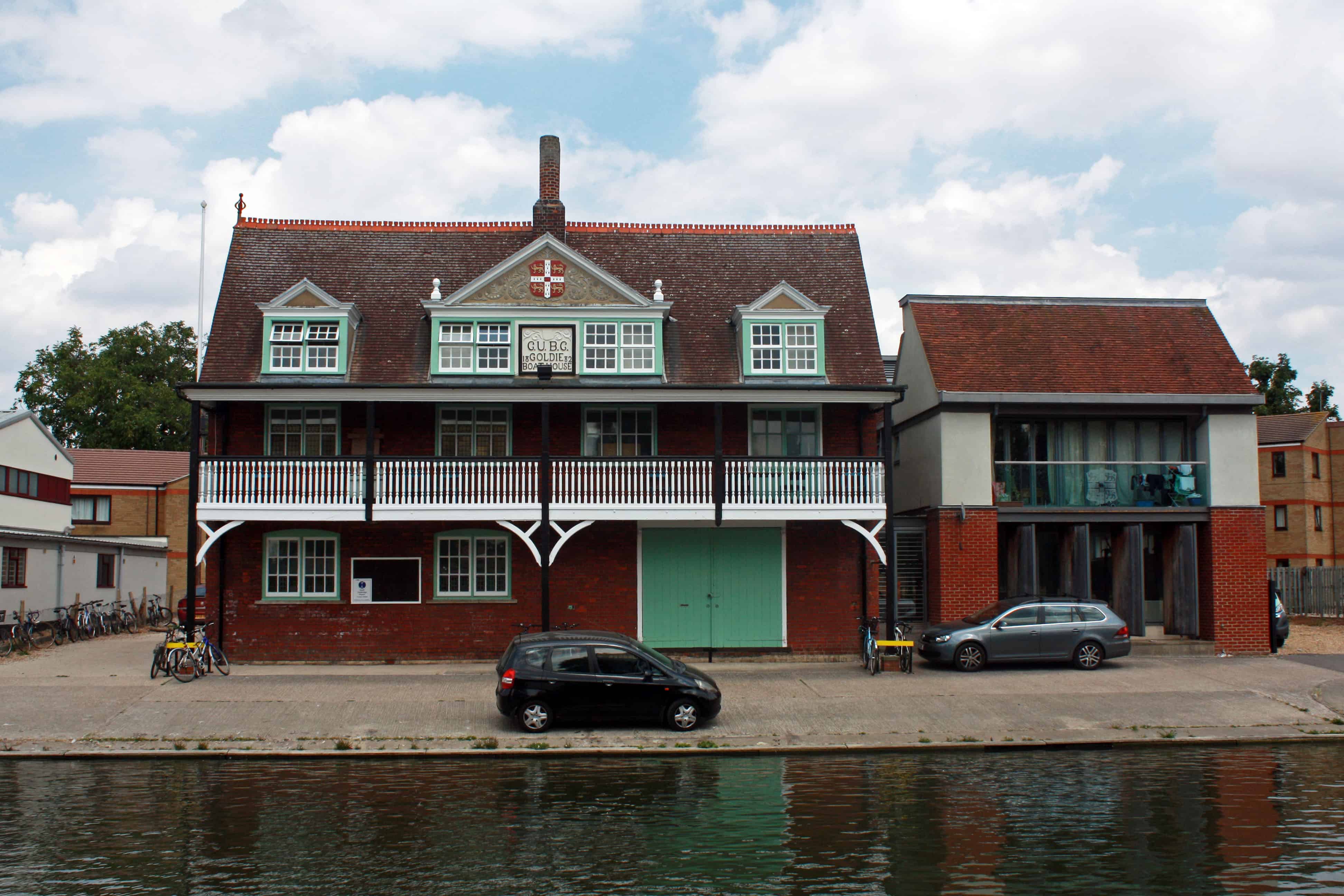 5. Some other things to do in Cambridge 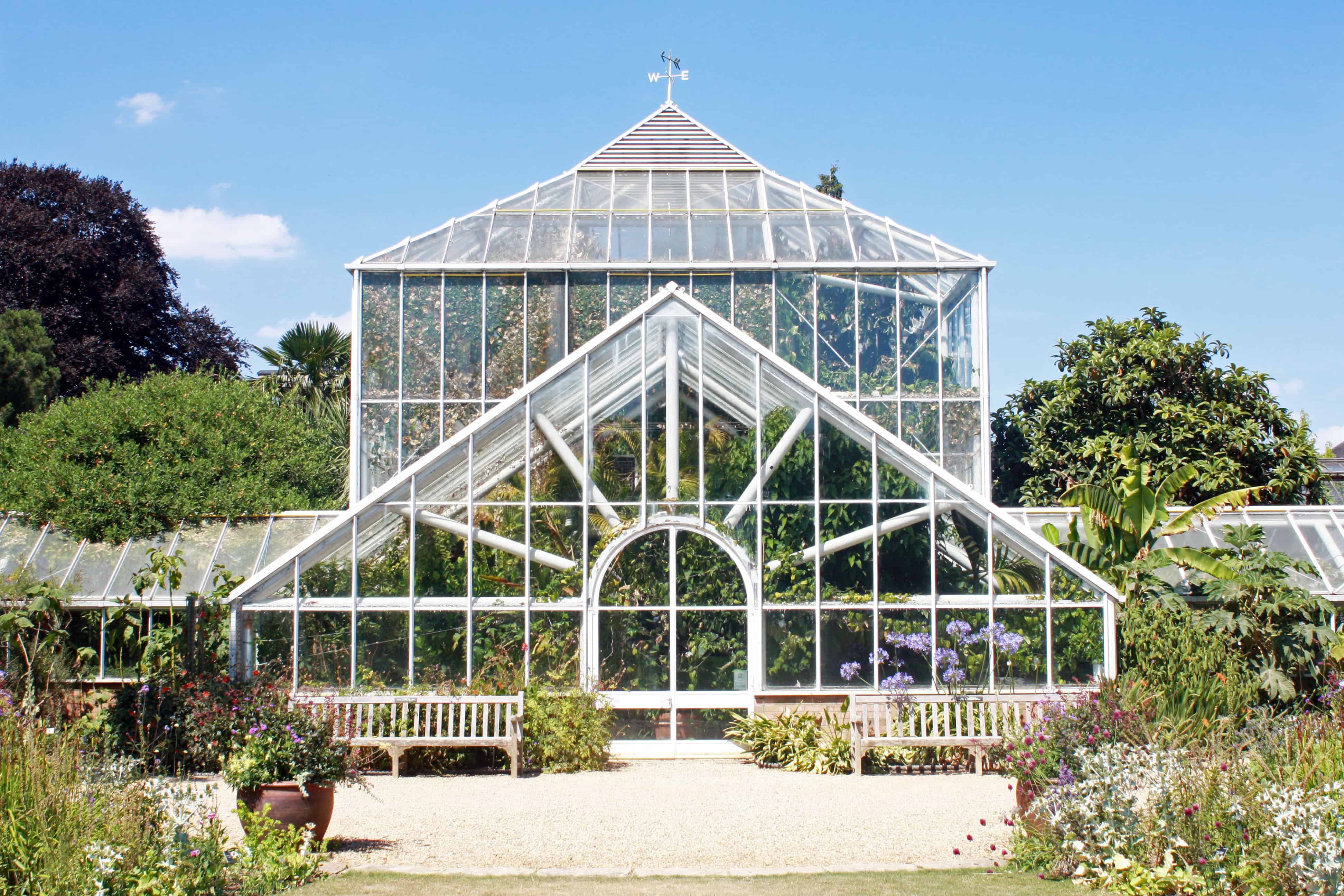 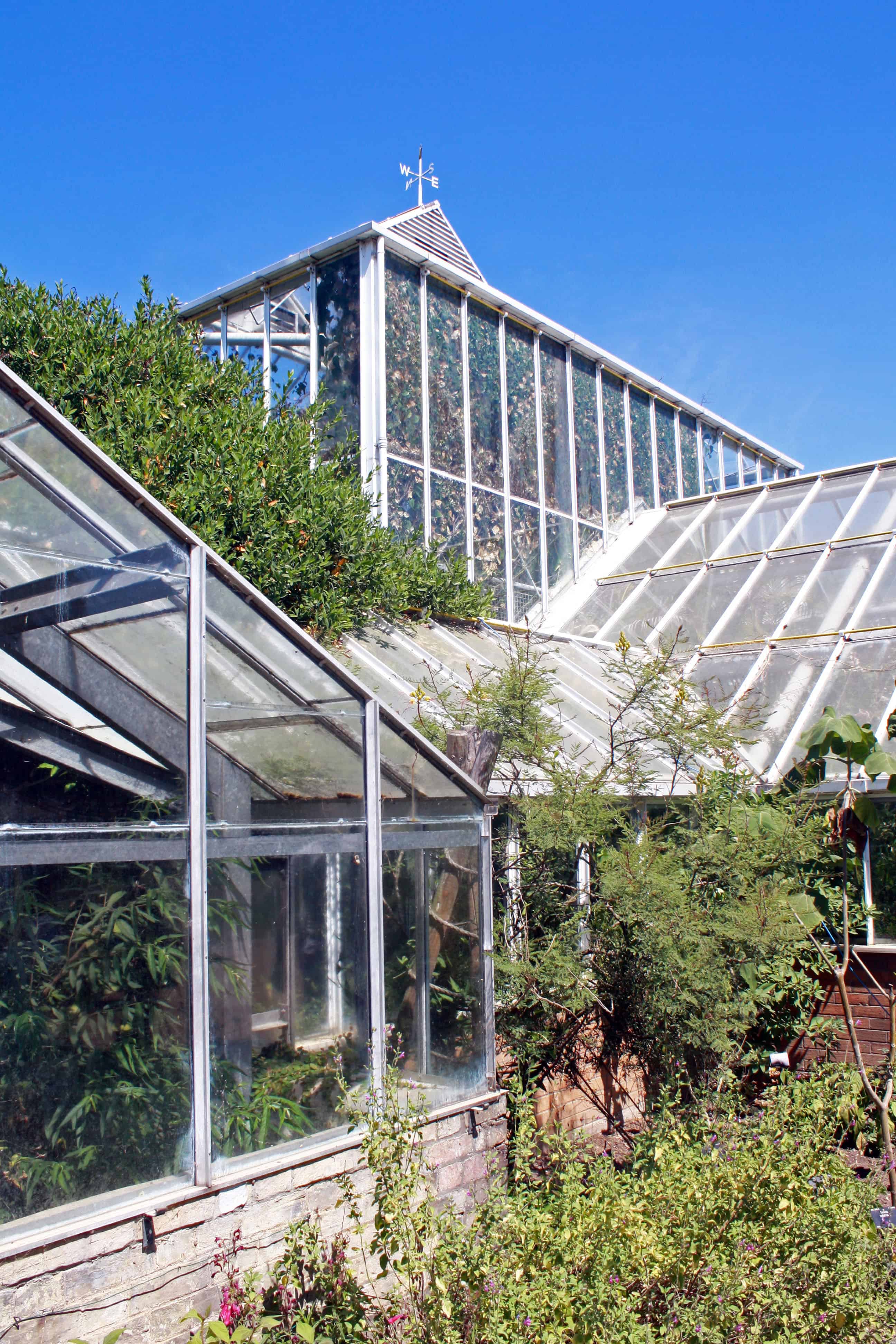 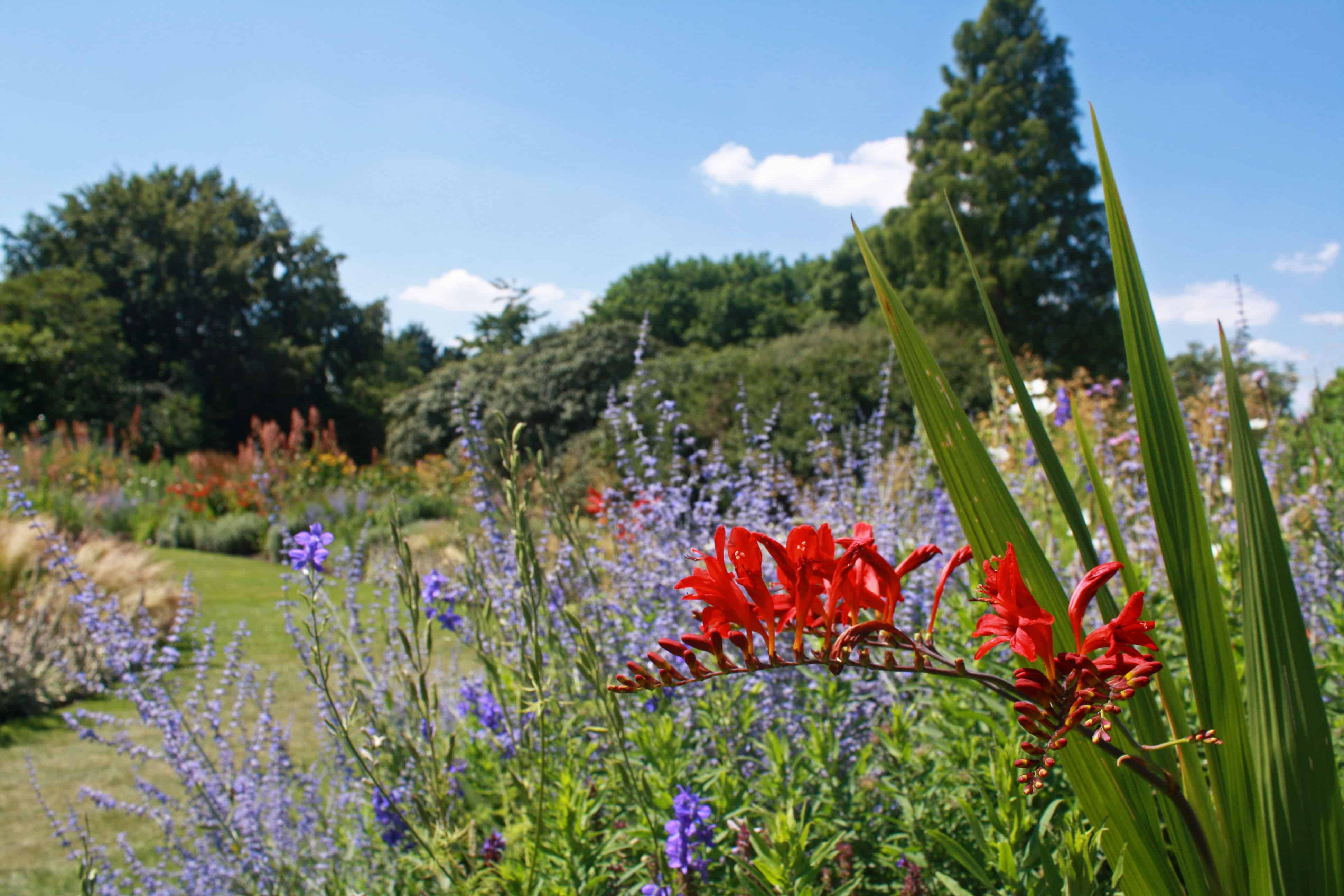 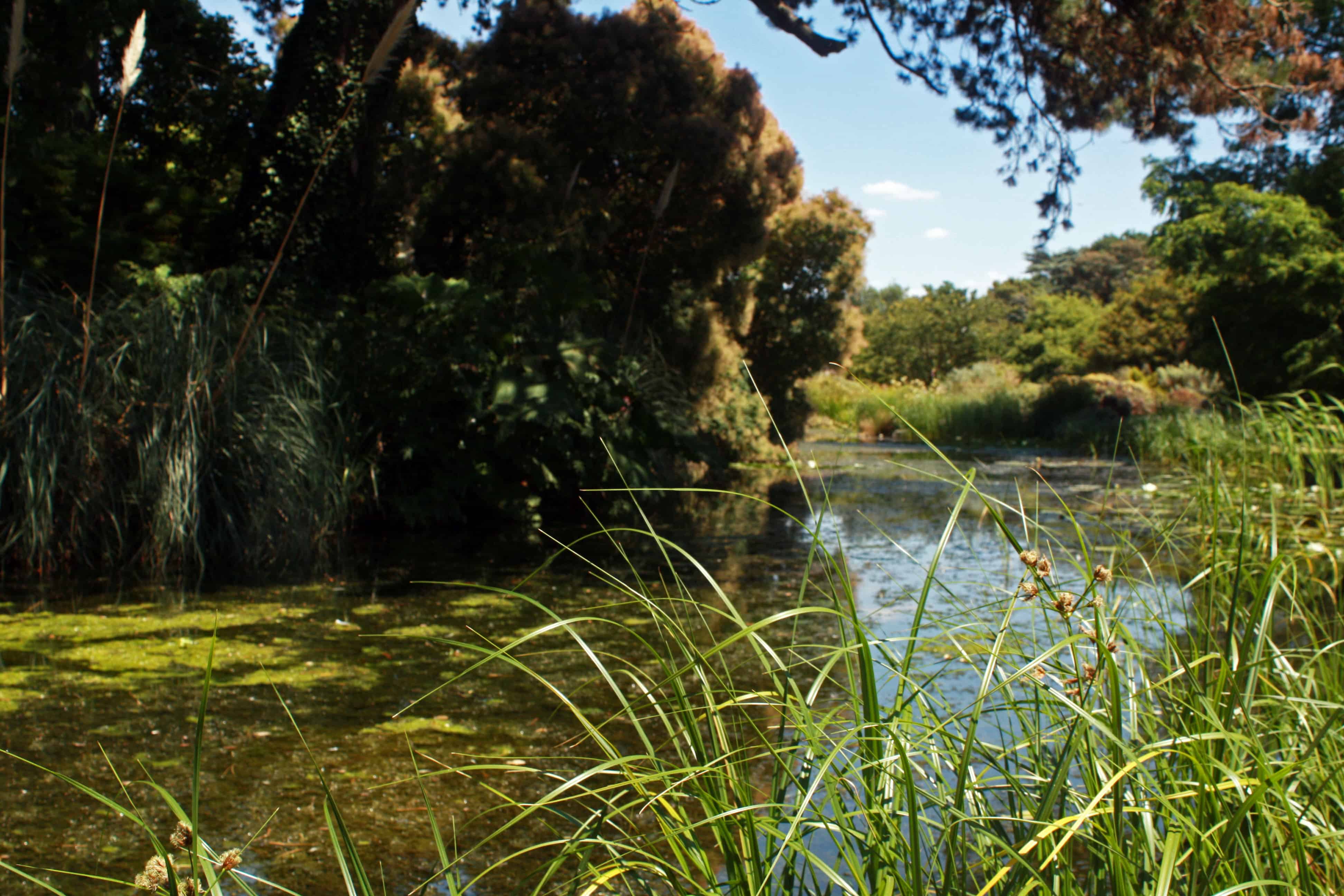 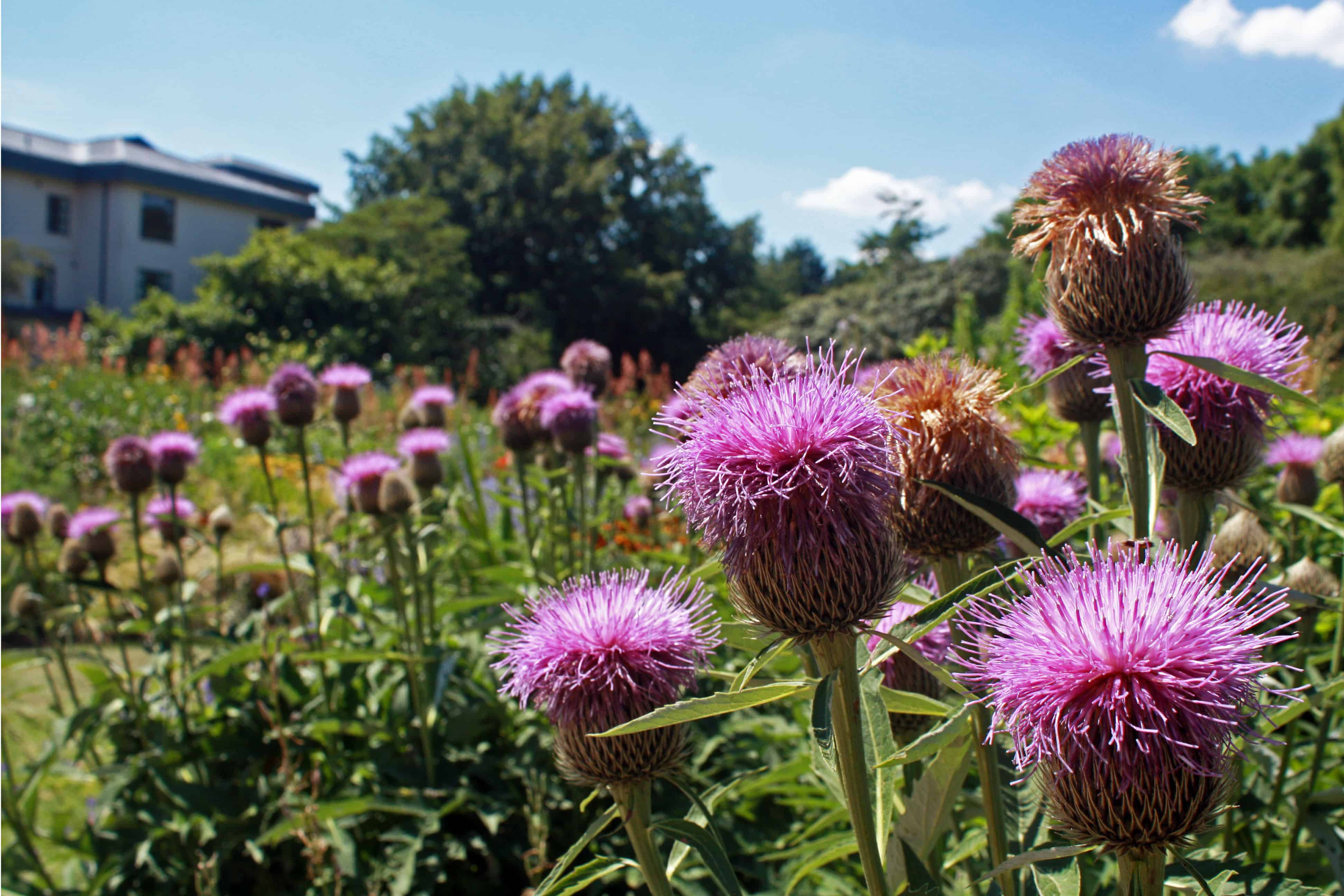 What do you think of our Cambridge Travel Guide? What’s your favourite thing about this iconic University city? If you really loved our post please leave us a comment and show us some love on social media using the buttons below 🙂