Windsor Castle is the biggest and oldest inhabited castle in the world. Located in the city of Windsor, in Berkshire and about 22 miles west of London, Windsor Castle has served as the royal residence of the British monarchy for over 1,000 years. It still is, up to this day, where the British Royal Family (and in particular, Her Majesty The Queen) spends most of their private time.

With 13 acres of magnificent grounds, the Gothic St George’s Chapel and a palace that features some of the most luxurious ceremonial and private rooms in the country, Windsor Castle is the perfect representation of a quintessentially British royal household. And guess what? You can explore most of the palace on a self-guided tour in 2.5-3 hours; even if The Queen is there! Just look out for the Royal Standard flag waving above the Round Tower. 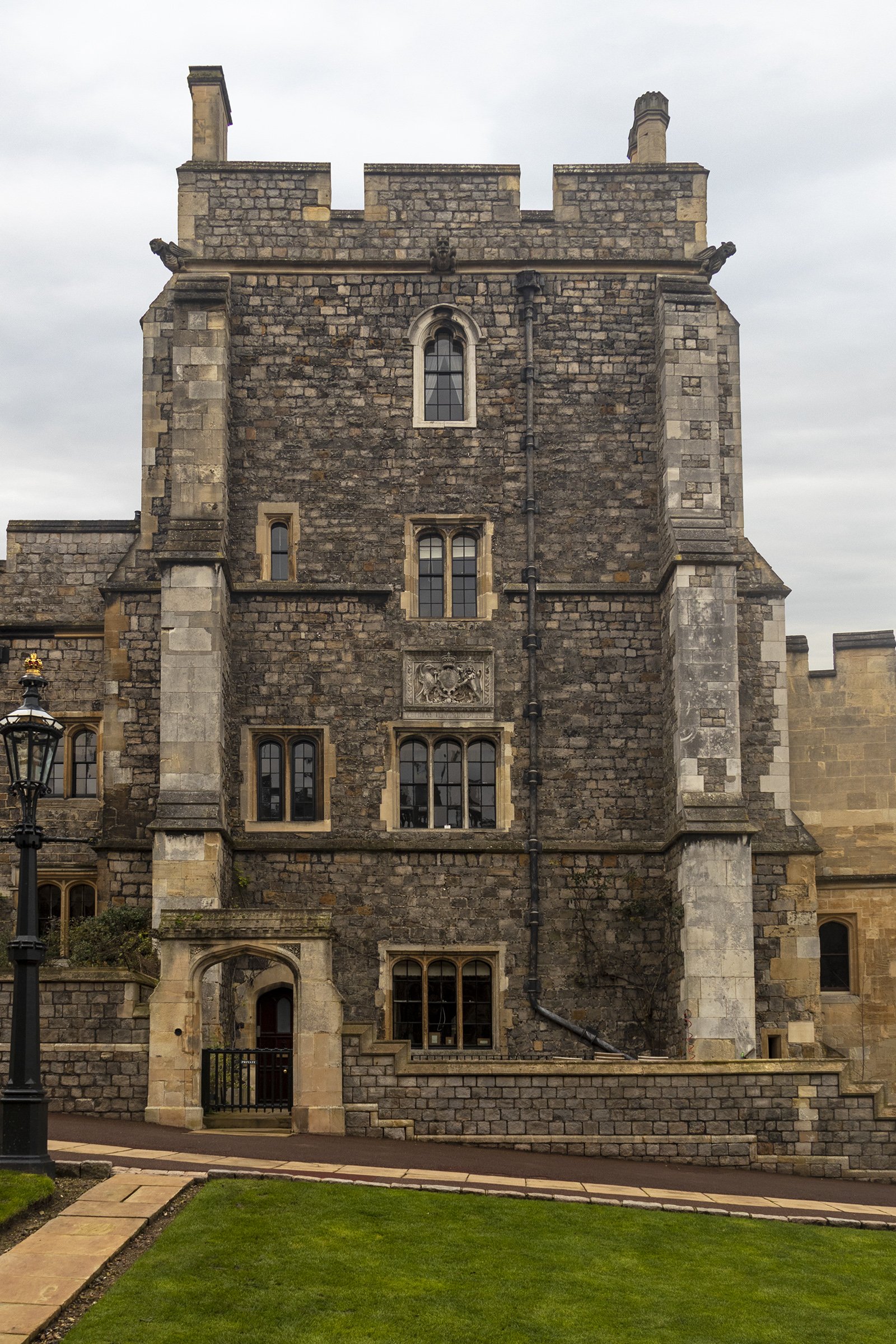 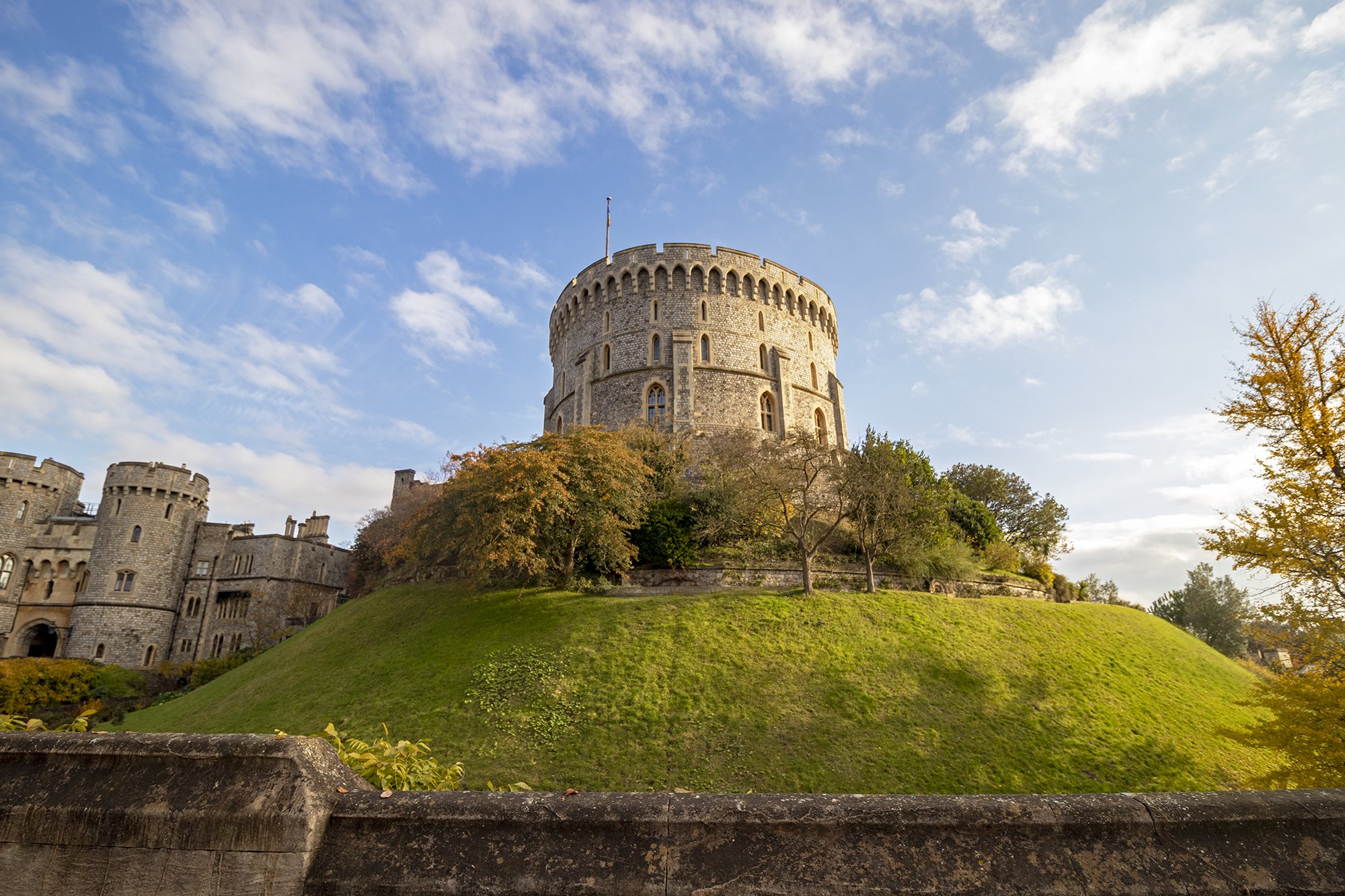 1. History and architecture of Windsor Castle

Windsor Castle has undergone a unique transformation since its medieval beginnings in the early 11th century. This is reflected in the variety of architectural styles of the interiors and exterior façade, which offer an incredible walk through the history of England. After all, Windsor Castle has been the main residence of 39 British monarchs, each with their own unique style and taste!

In around 1070, some years after the Norman invasion of England, William the Conqueror founded Windsor Castle on a strategic location above the river Thames and next to a Saxon hunting forest. Initially built as a military fortification against western invaders, the palace had officially transformed into a Royal residence by the late 12th century with King Henry II. 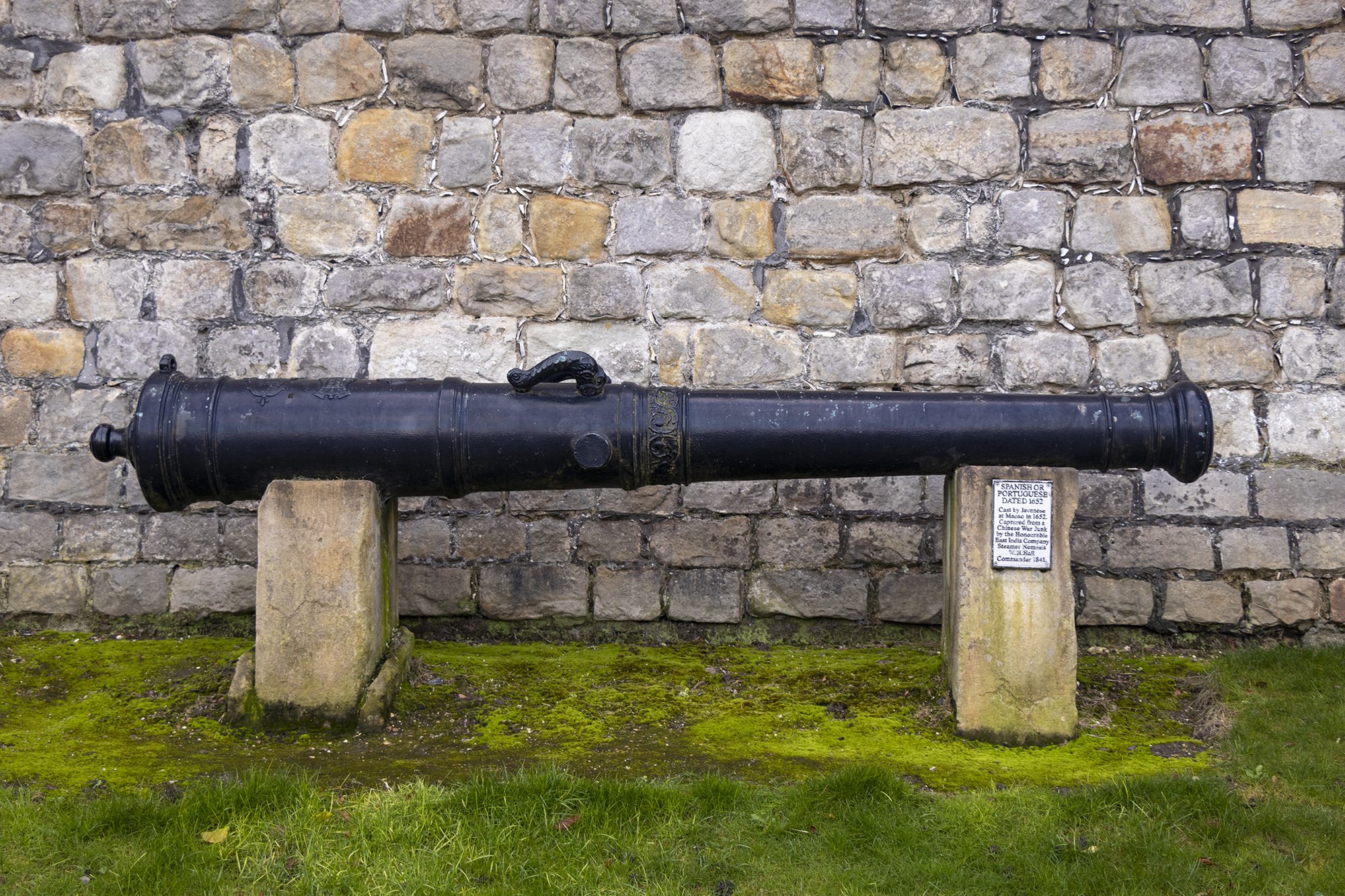 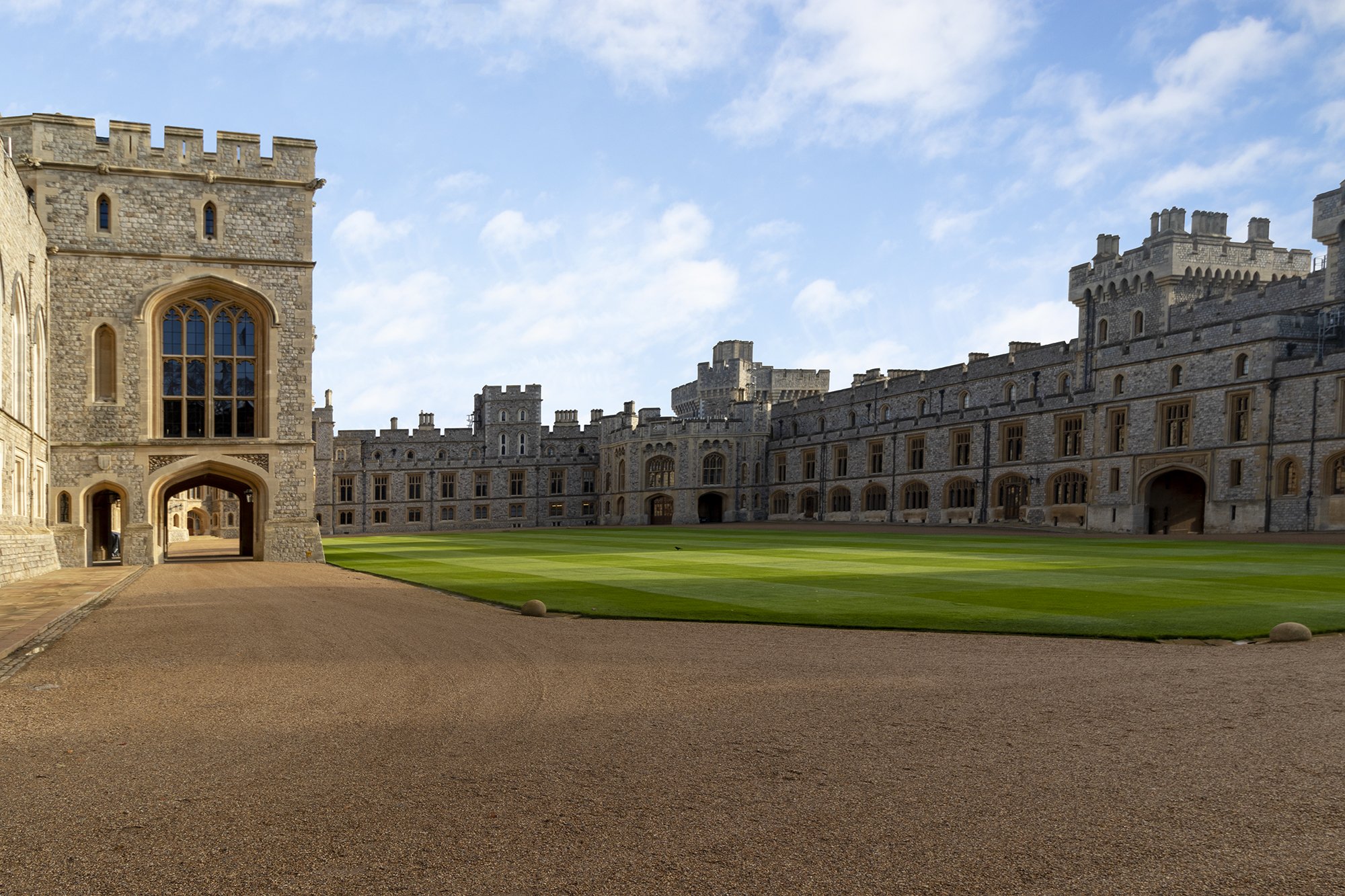 During this time, the originally timber walls were completely rebuilt in stone. New buildings were added to the medieval structure (such as a chapel, new wards and courtyards) and the original Norman keep was transformed into the now famous Round Tower. New changes came in the late 14th century, when King Edward III modernised the palace with Gothic touches and established the state apartments in the Upper Ward for business and private use.

Windsor Castle remained mainly untouched until the late 17th century, when King Charles II left his mark by restoring the Upper Ward and rejuvenated the interiors in a rich Baroque style. In 1820, with King George IV on the throne, the exterior of the castle was completely remodelled in the Romantic style we see today. New towers and battlements were added and the height of the Round Tower was raised. Inside, luxurious furniture and decorations were added to the rooms.

The Fire at Windsor Castle

A moment in time that seems to be engraved in everyone’s memory is the Windsor Castle fire. It started in Queen Victoria’s private chapel in the morning of 20 November 1992, when a curtain next to the altar caught fire due to a faulty spotlight. Consequently and after burning for 15 hours, the chapel, St George’s Hall and the State Apartments were badly damaged. The restoration process took 5 years to complete, with a newly created Lantern Lobby on the site of the chapel. As for St George’s Hall, a modern approach was used to closely reinstate its original appearance from the 14th century. 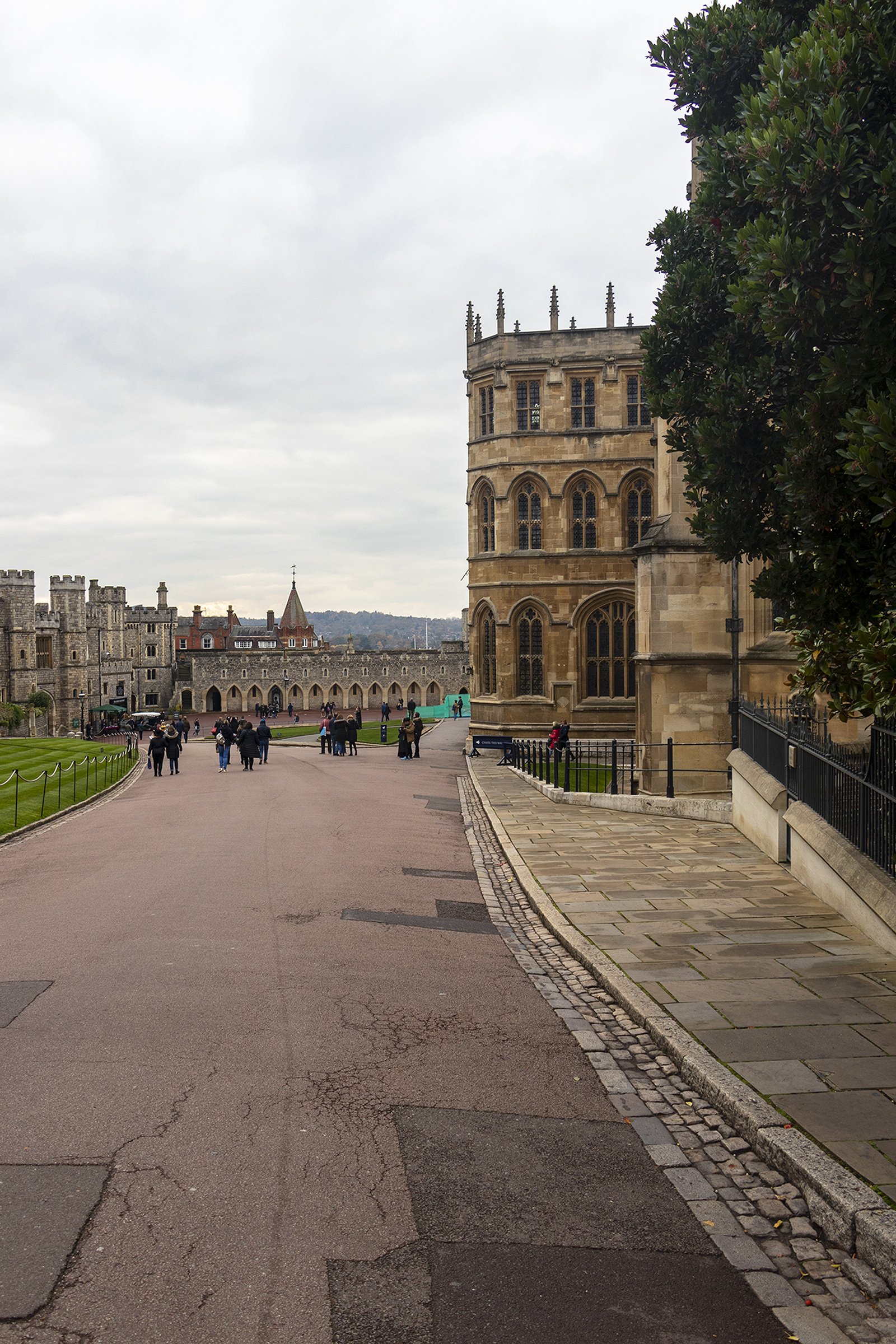 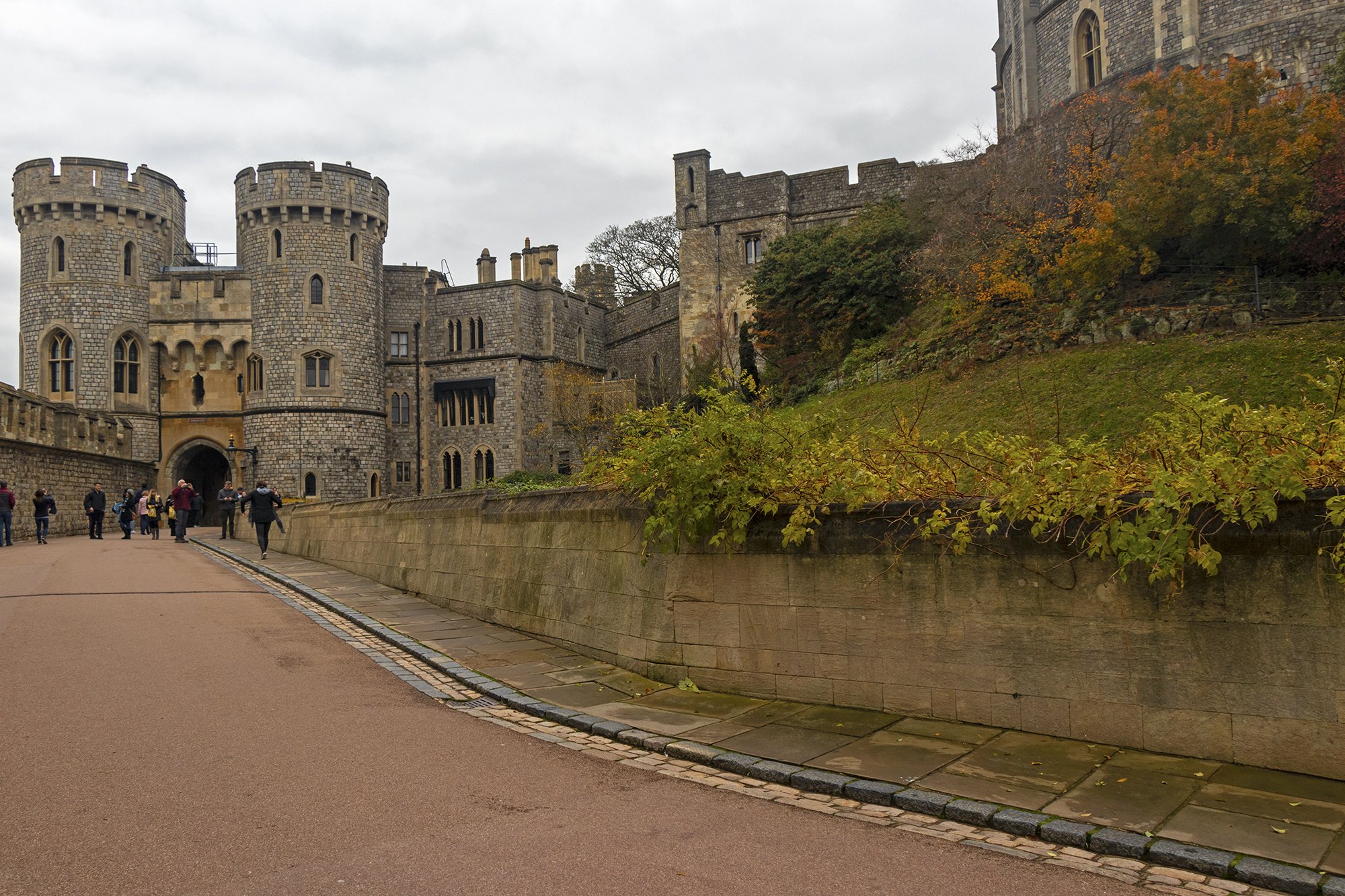 2. What to see when you visit Windsor Castle

With magnificent facilities inside the walls of the palace, not to mention the spectacular courtyards and outdoor buildings, Windsor Castle comes with many surprises waiting to be explored. Feel free to take pictures of all outdoor spaces; however, bear in mind you’re not allowed to take photos inside the castle or St George’s Chapel. Trust me, a picture wouldn’t do them justice – now it’s your turn to see them all by yourself!

Here are the places you can see when you visit Windsor Castle. Did I mention you can grab a free multimedia guide or take one of the Windsor Castle tours to explore? Read on!

The Windsor Castle State Apartments are royal facilities that include rooms for both private and formal use by members of the Royal Family (such as dinners, investitures, award ceremonies and other events). These are often decorated with luxurious furniture, works of art and paintings by some of the best artists in the world (read: Rembrandt or Rubens!), now part of the Royal Collection. It’s here where you can clearly see the mix of architectural styles that match the personal taste of each British monarch.

Take the Ceremonial Route if you want to have a lil’ nose around the impressive Grand Reception Room and Waterloo Chamber. If, on the other had, you want to know what the private rooms of King Charles II and Catherine of Braganza looked like, the Historical Route is the one for you.

These are the private rooms built for King George IV in the 18th century, and are now used by The Queen for official entertaining. They include the magnificent Green Drawing Room and the Crimson Drawing Room. Make sure you check them out, as they’re considered to feature some of the most expensive interiors in England. You can even see the monarch’s own furniture from his previous residence in Carlton House!

Free 30 min tours of the castle precincts are available throughout the day. Here you’ll be able to explore the outside areas of Windsor Castle and learn more about the architecture and history of the 1,000 years old royal palace. Simply look for the Wardens at the Jubilee Bandstand, near the entrance. Or check out the posters on the multimedia guide building for all the Precincts Tour times. 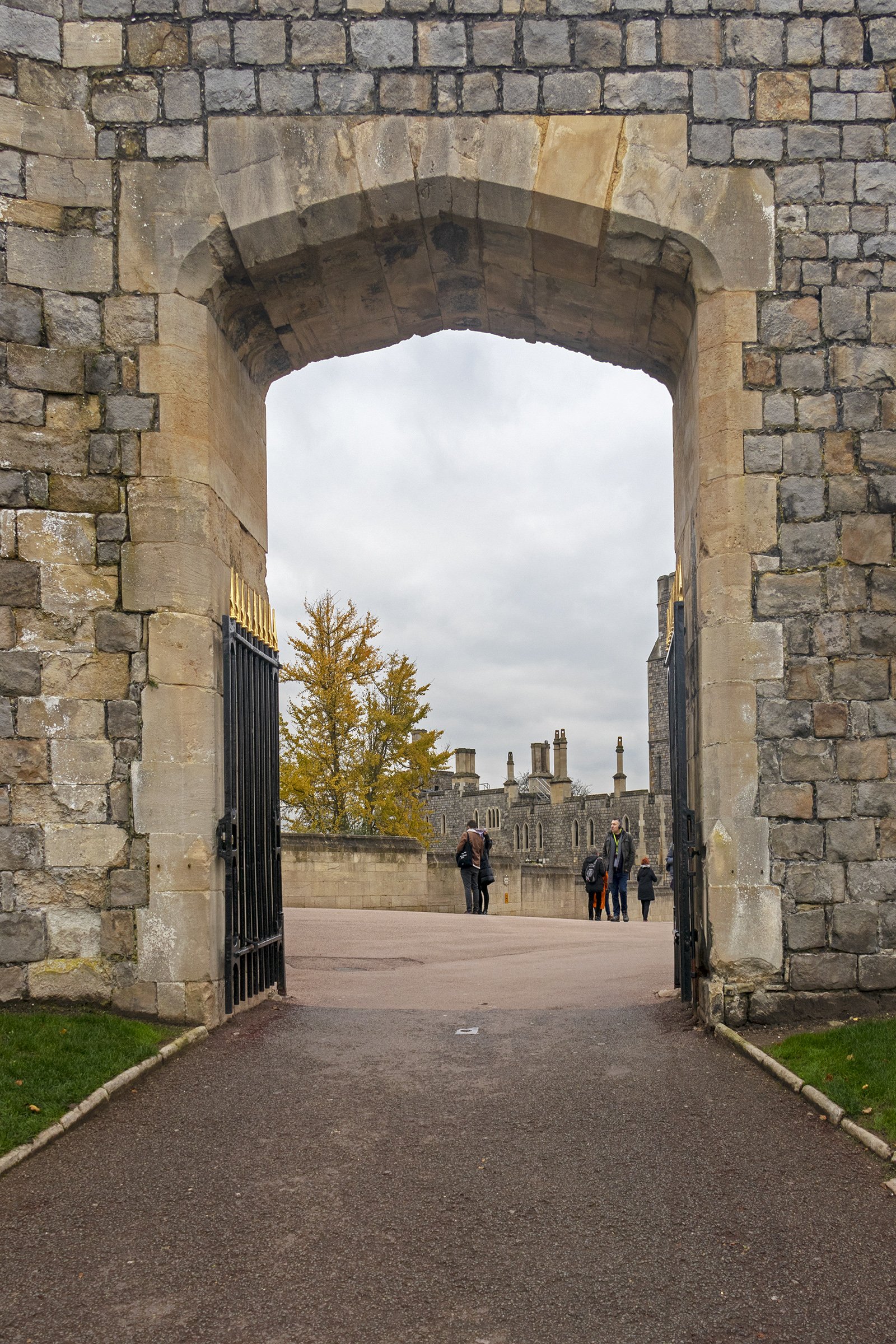 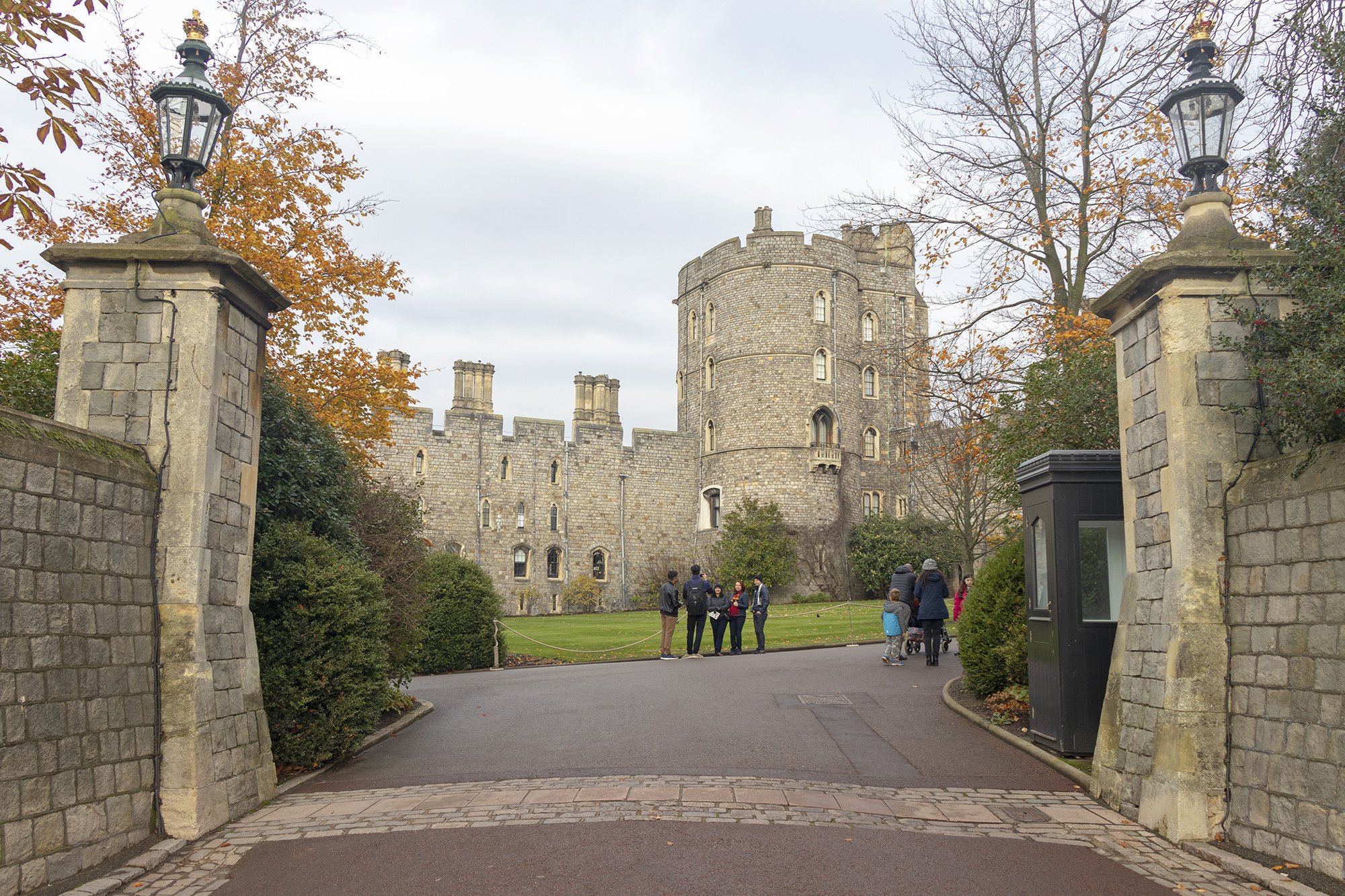 St George’s Chapel is one of the best examples of Gothic architecture in England. Although most will remember St George’s Chapel as the place where Prince Harry and Meghan Markle got married in 2018, it’s so much more. Not only is this a magnificent religious building, it’s also the burial place of 10 British monarchs – Henry VIII, his 3rd wife and Charles I, just to name a few.

Clearly, there’s a lot of history lying between the walls of St George’s Chapel. I would encourage you to take your time to walk around and absorb as much as possible. 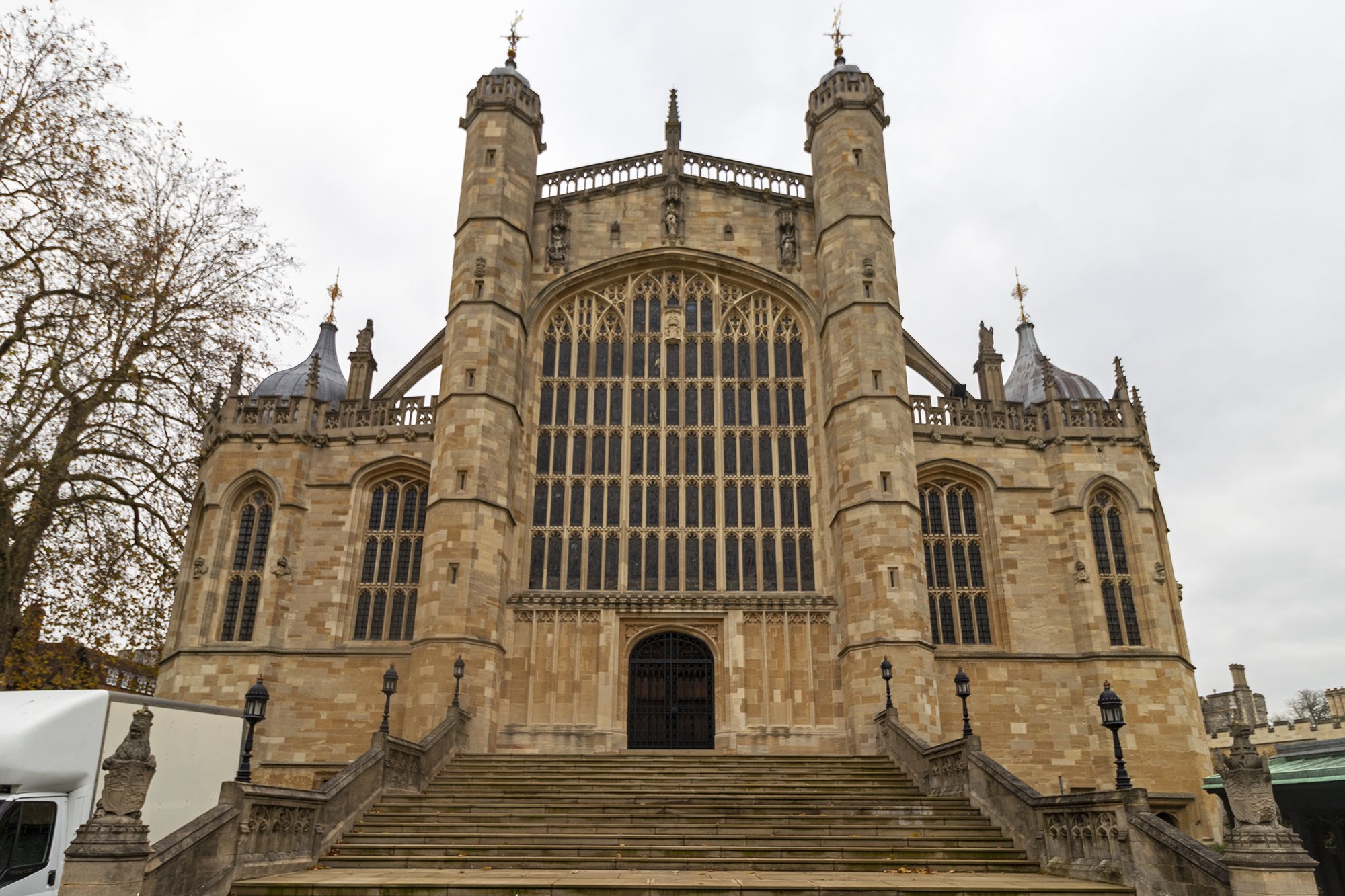 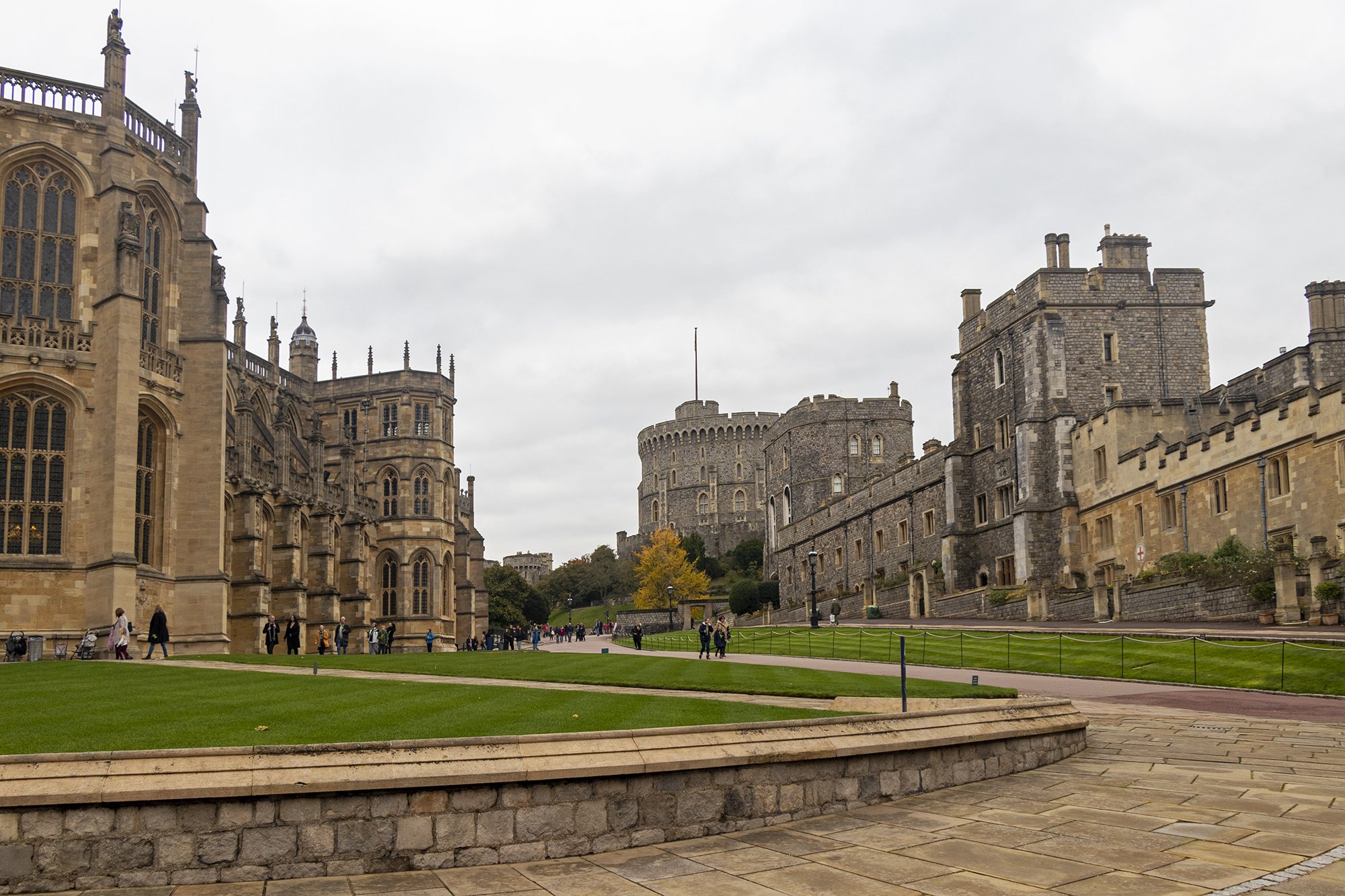 The overall details and the miniature items within are truly remarkable, many of these being replicas of objects in Windsor Castle. And the rooms? Equally as beautiful. Think furnished bedrooms (of both masters and domestic servants), a saloon, fully stocked kitchen, cellars and even a garden! Did I forget to mention the dolls’ house has running water AND electricity?

Changing of the Guard at Windsor Castle

We’ve all heard of the Changing of the Guard at Buckingham Palace, but did you know you can also see this ceremony at Windsor Castle? This military tradition has been taking place since 1660 and serves as a way to hand over the duties between the Household Troops. You can see them march through Windsor every Tuesday, Thursday and Saturday from 11am. Just make sure you check the weather beforehand as this might affect the ceremony.

The Changing of the Guard lasts for approximately 30 min and finishes inside the Windsor Castle. You’ll need a ticket to be able to see this last bit. 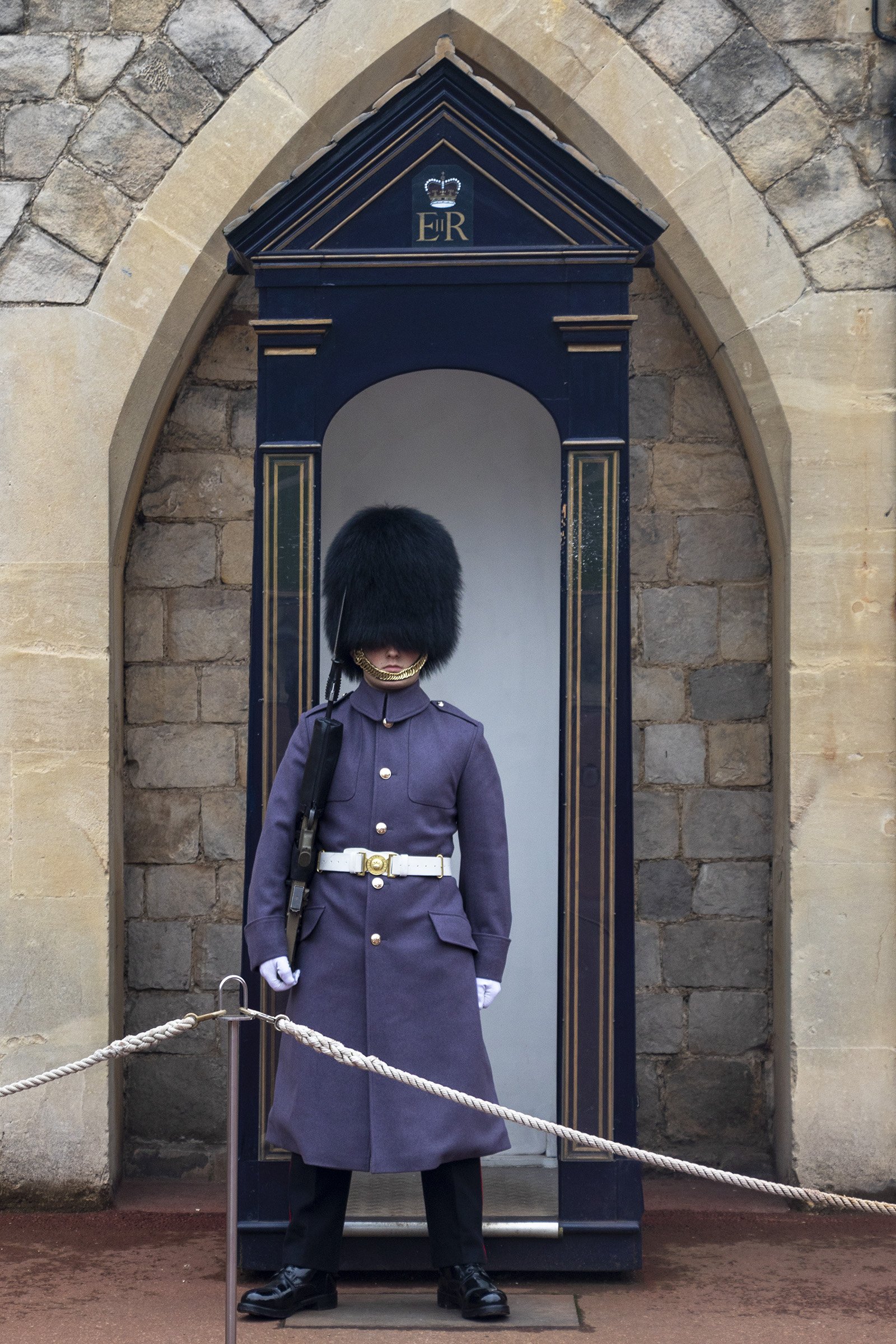 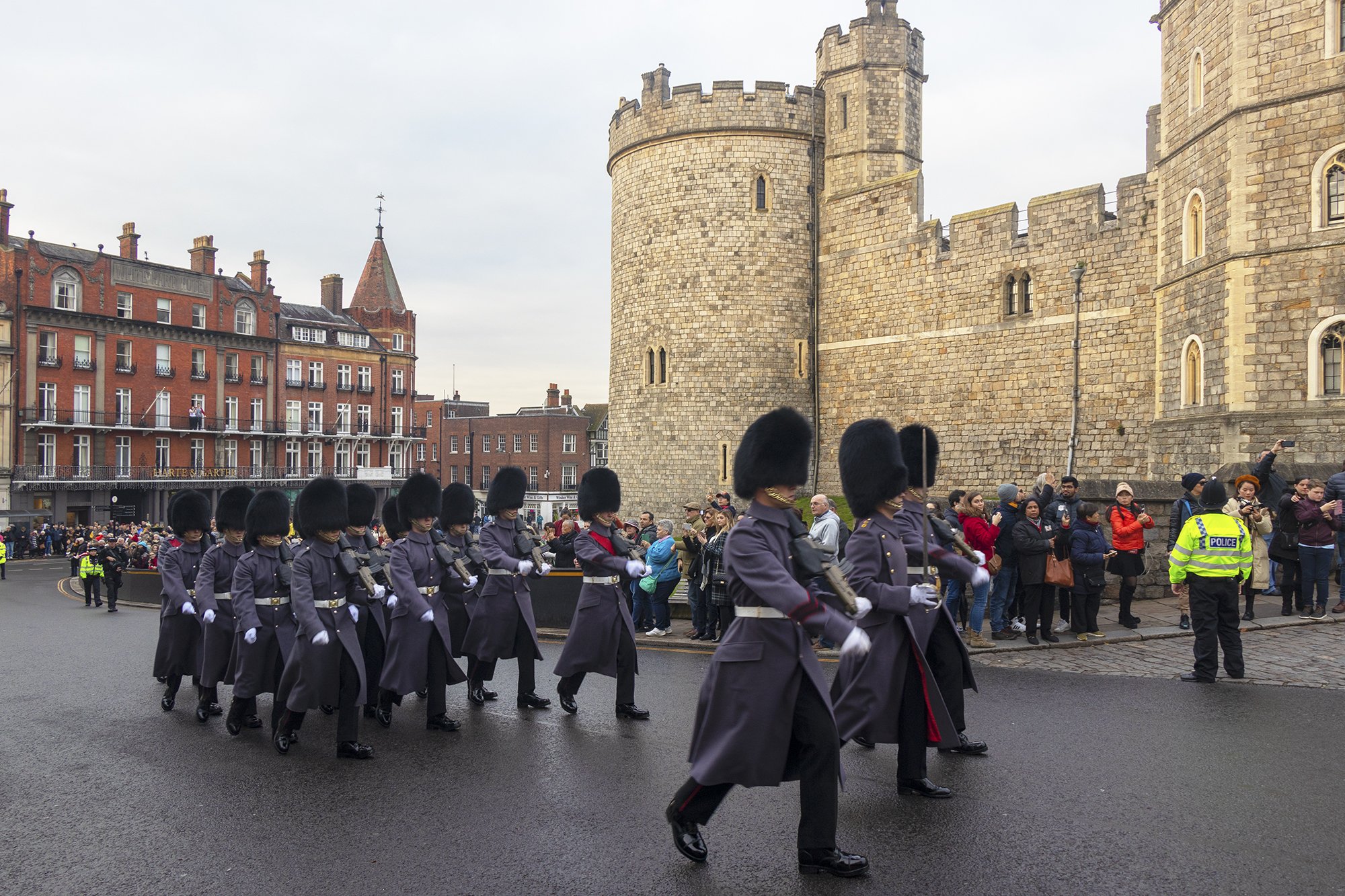 3. Important information for before you visit Windsor Castle

How to get to Windsor Castle

The quickest way to get to Windsor is by train. There are regular trains from London to Windsor all the time. You can choose one of the two options below:

It’s then a short walk up the hill to the Windsor Castle entrance.

The best way to get tickets is to prebook online and skip the line at Windsor Castle. The standard admission Windsor Castle ticket price is £23.50. However, the Royal Collection Trust website offers a variety of discounted tickets for you to choose from (such as over 60s, students and disabled).

Make sure you keep your Windsor Castle tickets until the end and get them stamped. This gives you free admission to the site for a year! You can also get a free readmission by asking to treat your purchase as a donation.

Windsor Castle opens daily from 10am-4.15pm in winter/spring and until 5.15pm in summer/autumn. The last entry is 1 hour 15 mins before the castle closes. Entrance to the State Apartments then closes 30 minutes after the last entry time. The castle remains closed some days of the year, and so do the State Apartments. Make sure you check the Royal Collection Trust website in advance to avoid disappointments.

Multimedia guides are available free of charge at Windsor Castle entrance. Don’t forget to visit the castle shops to get a souvenir to remember your visit. There are plenty of postcards, books describing the history and interiors of Windsor Castle, decorative china and even hand towels to make your house more regal. 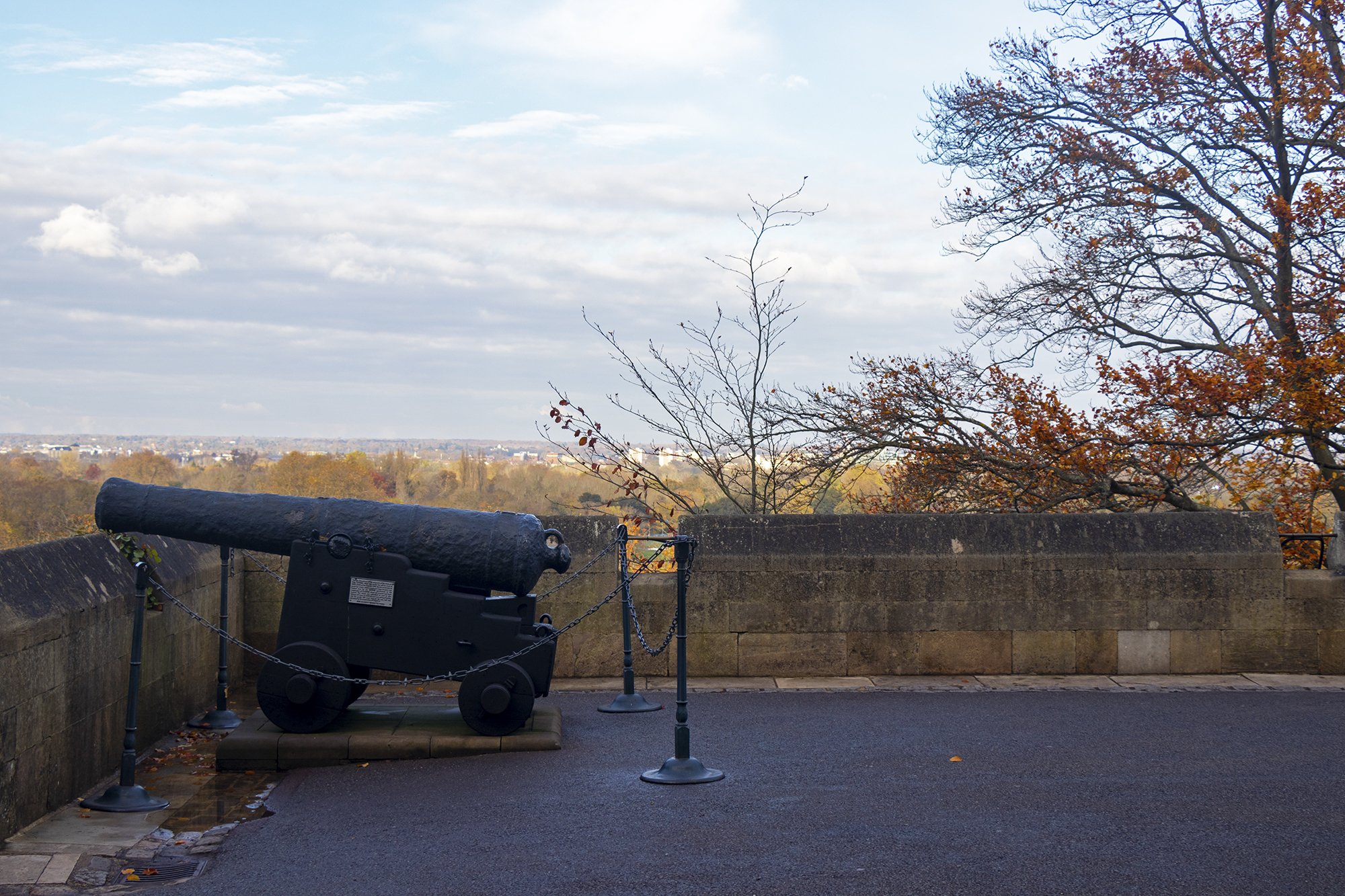 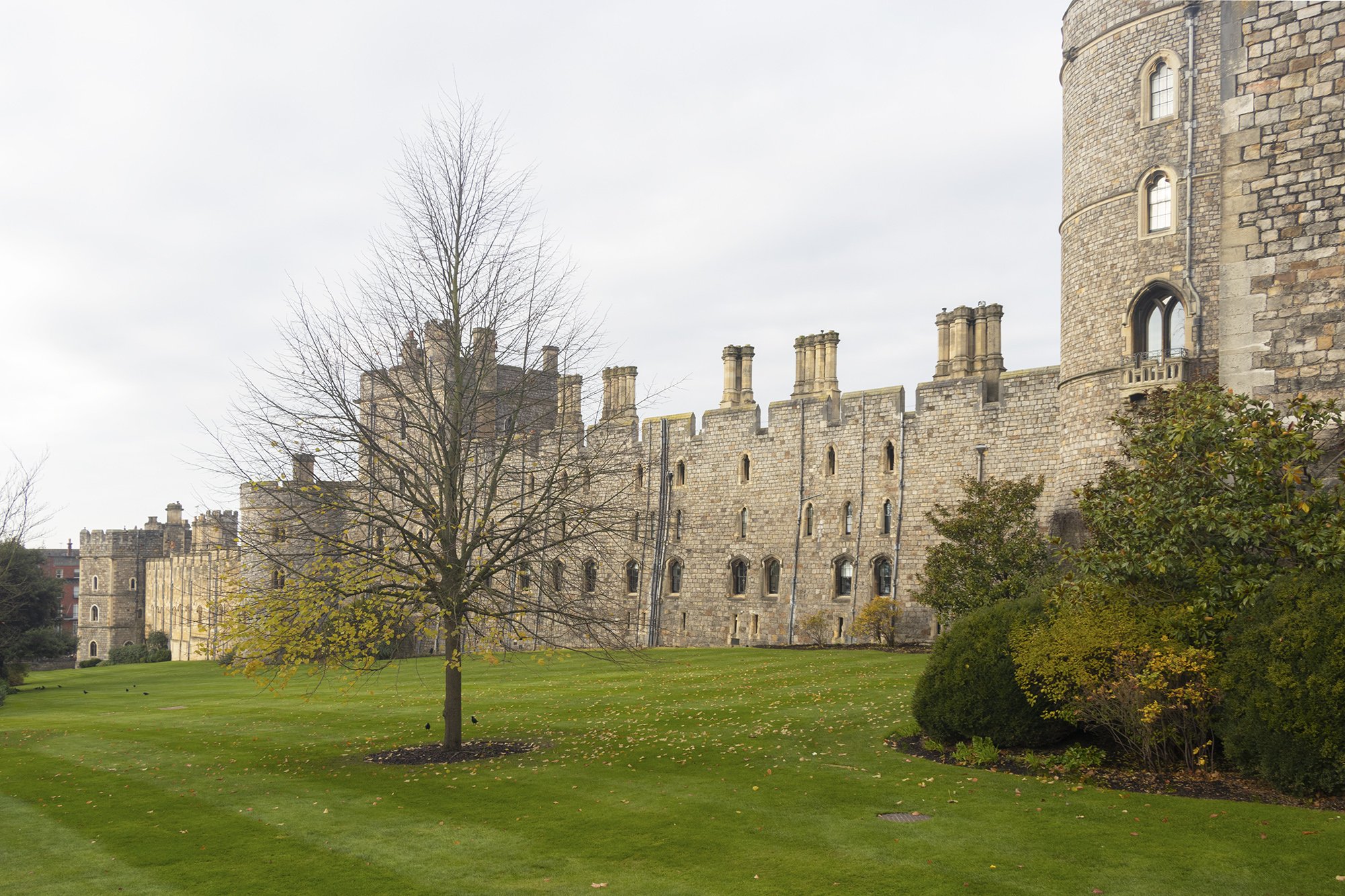 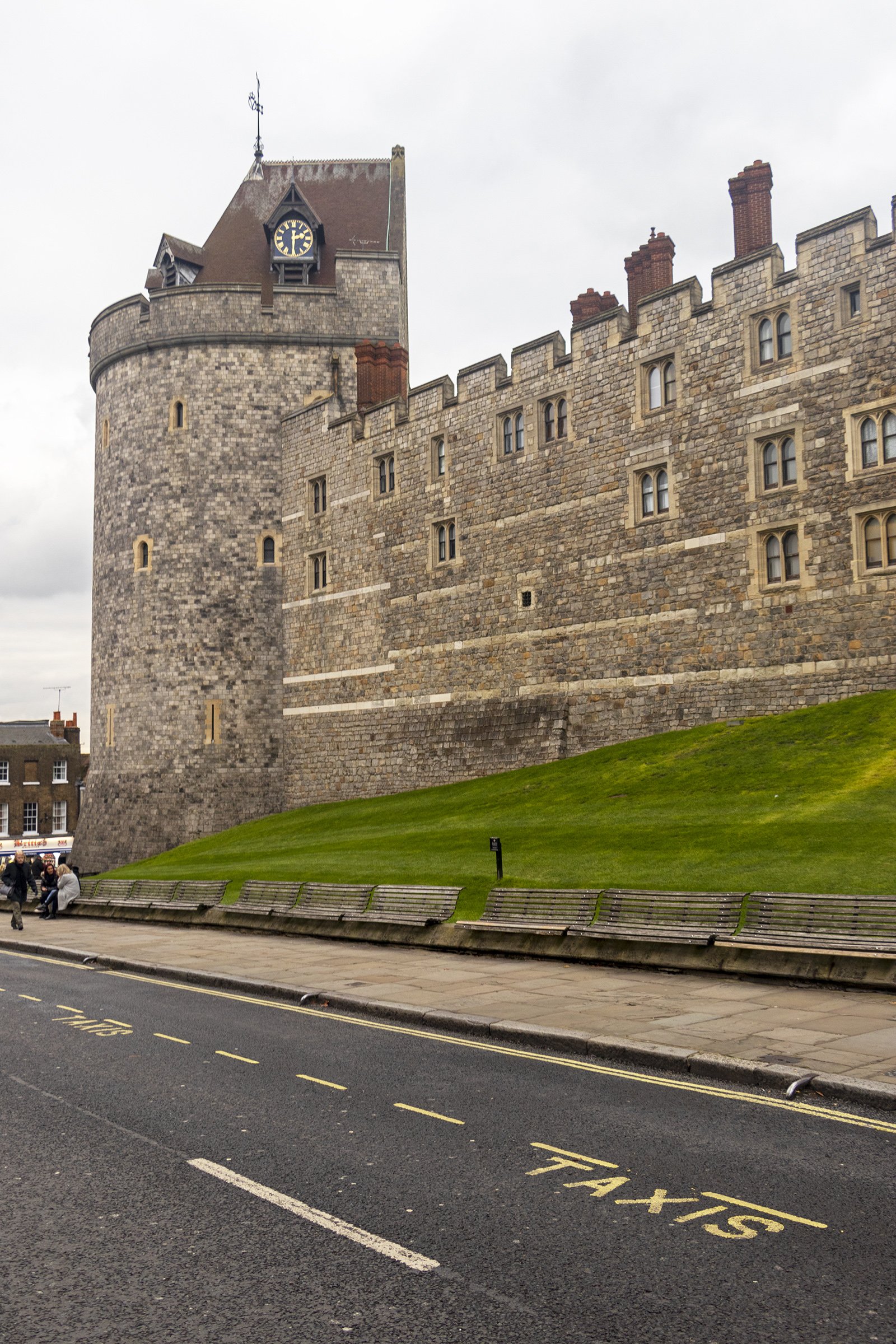 Staycation ideas: Where to go on holiday in the UK