Glasgow is a historical city with a lot to offer. It boasts some of the best architecture of both the UK and Scotland, the street art scene is one of the largest in the UK, only second to London, and some of the museums are the most visited outside the capital. And the food? It has some of finest dishes and whisky I have tried, dare I say.

Now, it can be difficult to know what are the best things to do in Glasgow when you’re visiting for the first time. Whether you have a full week to explore Glasgow or are just ‘scratching the surface’, I’ve included a complete list of recommendations for you to choose from. It’s up to you – you can do them all or go with the flow! Either way, I’m sure you’ll have a blast.

Here are the best things to see and do in Glasgow.

Did you know that Glasgow Cathedral is the oldest building in Glasgow and overall oldest in mainland Scotland? Wow! Also known as St Mungo’s Cathedral, St Kentigern’s Cathedral and High Kirk of Glasgow, it was built on the site of St Mungo’s tomb. He was the founder and patron saint of the city of Glasgow and was buried here around 612 AD. He’s also believed to have been the first bishop of the area! 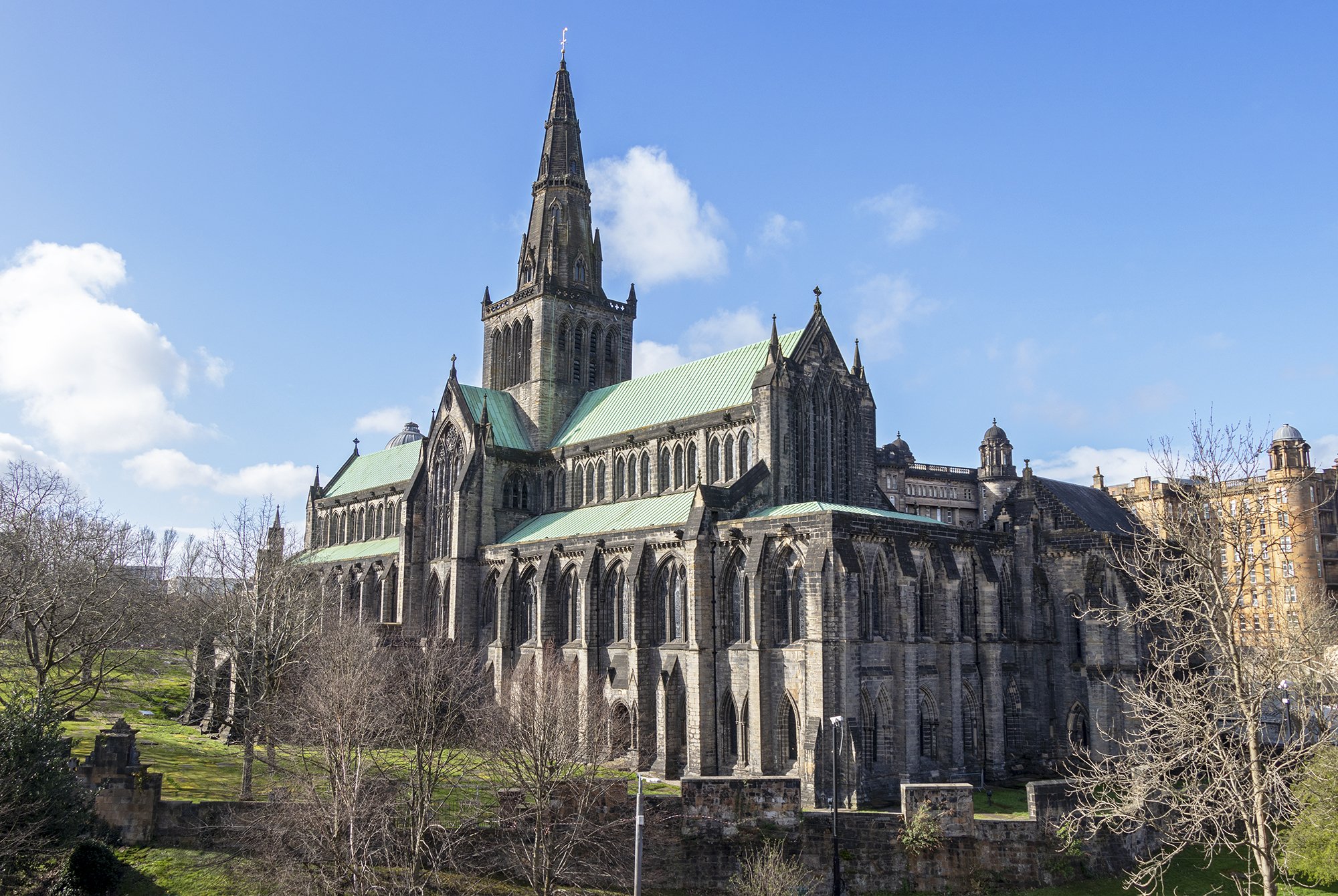 With parts of its structure dating back to the early 12th century, the present Glasgow Cathedral building is the only medieval cathedral in Scotland to have survived the Protestant Reformation of 1560. Inside, it contains Gothic pointed arches, vaulted aisles and post-war stained glass windows absolutely worth checking.

Visiting Glasgow Cathedral really is one of the top things to do in Glasgow. 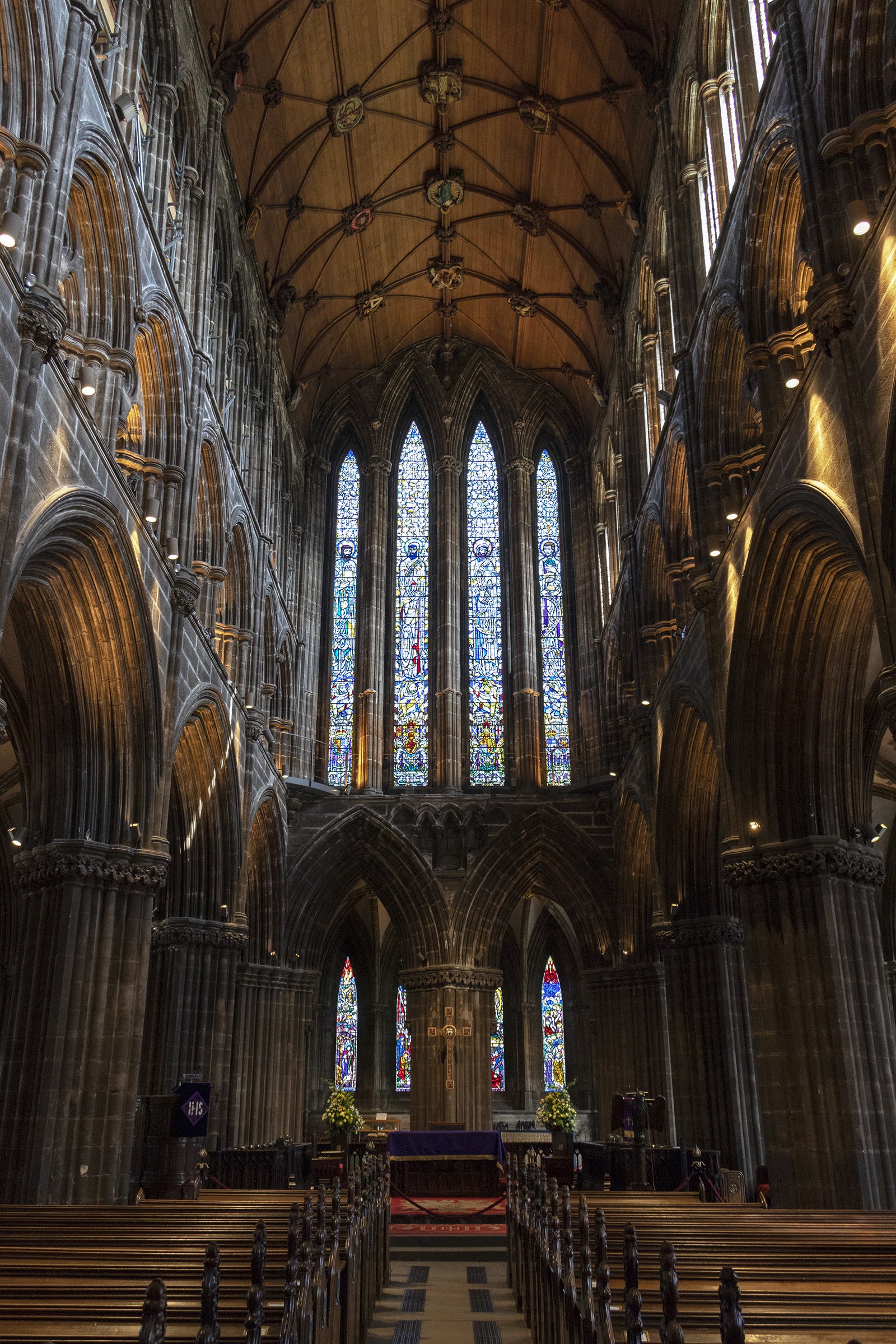 You can find the Glasgow Necropolis on the hill right next to the Glasgow Cathedral. This 37 acres Victorian garden cemetery was formerly known as Fir Park. After the fir trees died in 1804, willows and elms were added to create a Victorian park. This was converted in 1831 into the emblematic cemetery you see now. 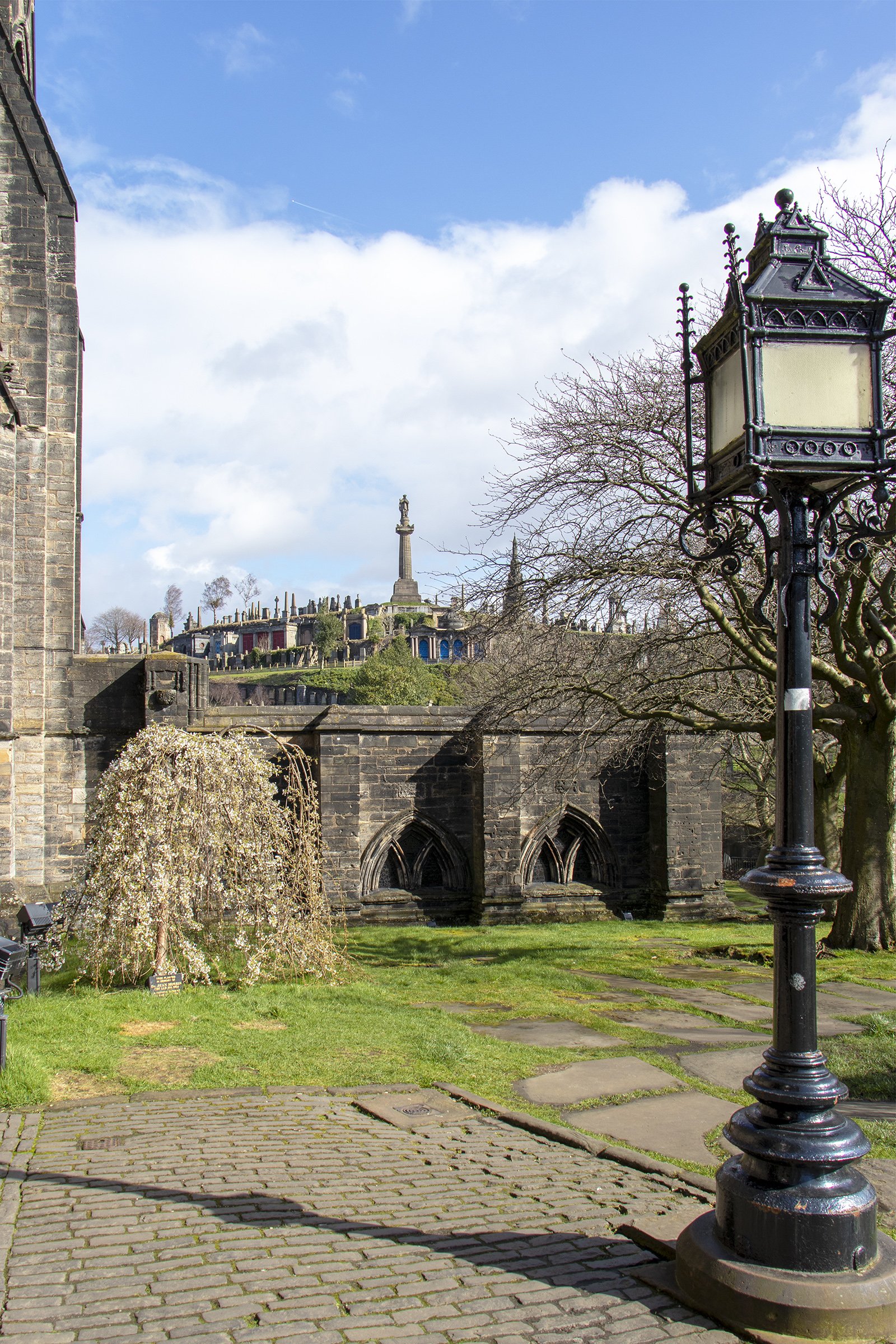 This certainly surprising landmark of the city of Glasgow, it’s believed to have hosted around 50,000 burials! The first person to be buried here was Joseph Levi, a jewish jeweller in 1832, whereas Elizabeth Miles was the first Christian person in 1833. The Glasgow Necropolis contains over 3,500 tombs and numerous monuments, including those of Charles Rennie Macintosh, Alexander ‘Greek’ Thomson and John Knox. The latter has crowned the top of the hill since 1825 but, unlike many others, is not a grave! 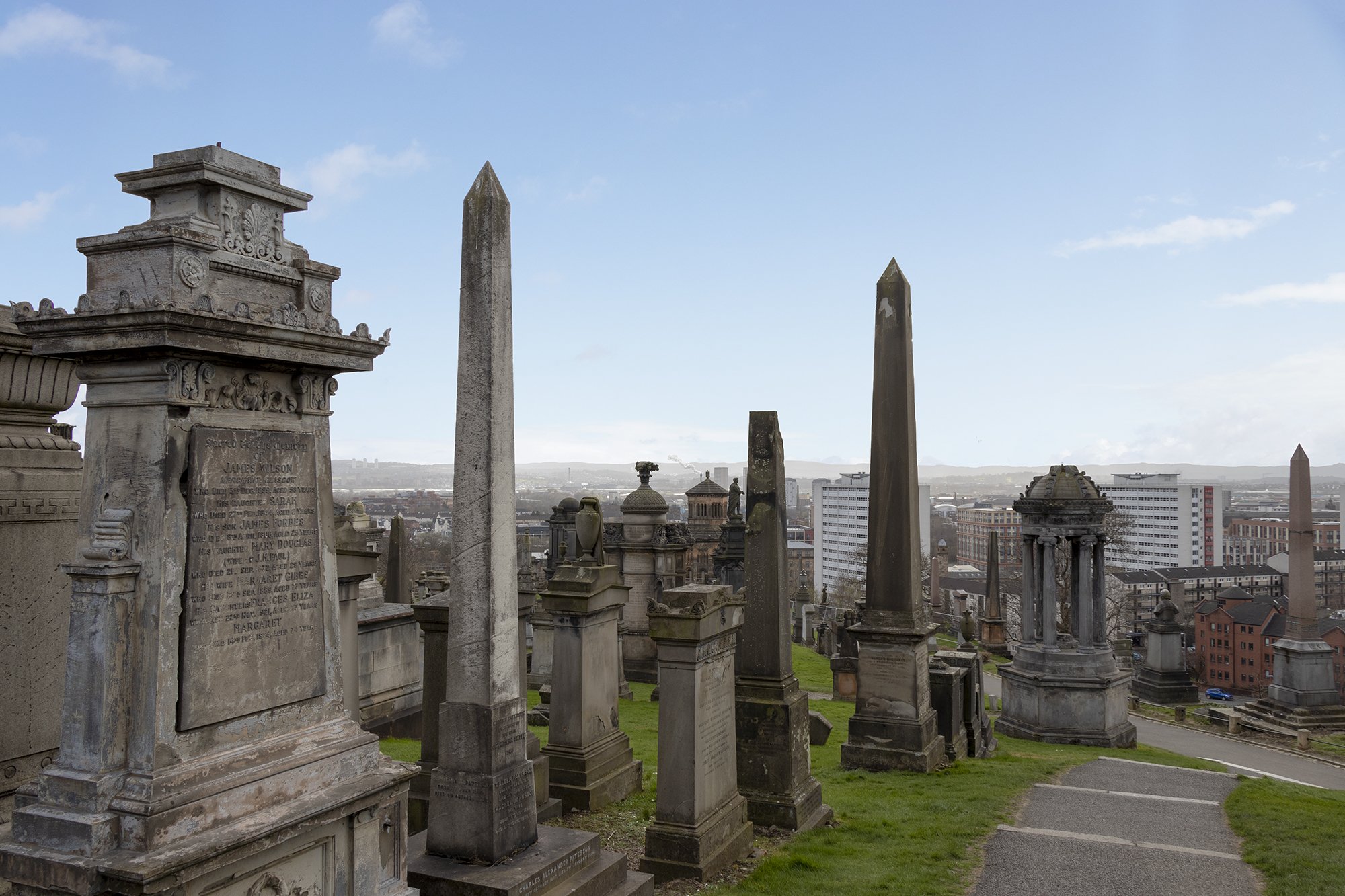 The West End of Glasgow is one of my favourite parts of the city to explore. Think amazing gothic architecture, Victorian houses, cobbled streets and a long list of bohemian hot spots (aka food!). The best thing? Everything is in a walking distance. I’ve put together an in-depth list of recommendations for Glasgow’s West End including where to eat and drink here. Must-see locations in Glasgow’s West End include:

The Kelvingrove Art Gallery and Museum is the most visited museum in the UK outside London. It’s also one of Glasgow’s top attractions. Built with Locharbriggs red sandstone in an impressive Spanish Baroque style, it’s free to visit and contains 22 galleries displaying extensive art collections and over 8,000 artifacts!

Kelvingrove Park is the largest park in Glasgow’s West End. From here you can enjoy a stunning view of the University of Glasgow at the top of Gilmorehill.

Another of the best things to do in Glasgow is to wander around the Glasgow Botanic Gardens. The 50 acres gardens were granted the Green Flag award (which recognises quality parks and green spaces) and is a great way to see another side of the city.

Nestled in Glasgow’s West End is Ashton Lane, a cobbled back alley crowned by fairy lights and full of trendy pubs, quirky restaurants, a cinema and some of the best of Scottish food and drinks.

5. Go up The Lighthouse

The Lighthouse was designed by Charles Rennie Mackintosh, one of Scotland’s most important architects. Now home to Scotland’s Centre for Design and Architecture, it was formerly the Glasgow Herald Building. Throughout the year, The Lighthouse offers workshops, talks and a variety of art events for people of all ages. It also contains a large selection of architectural models and objects. One of the best things to do in Glasgow is climb the magnificent spiral staircase that leads up to a rooftop and enjoy the spectacular views of Glasgow (see our cover photo!). 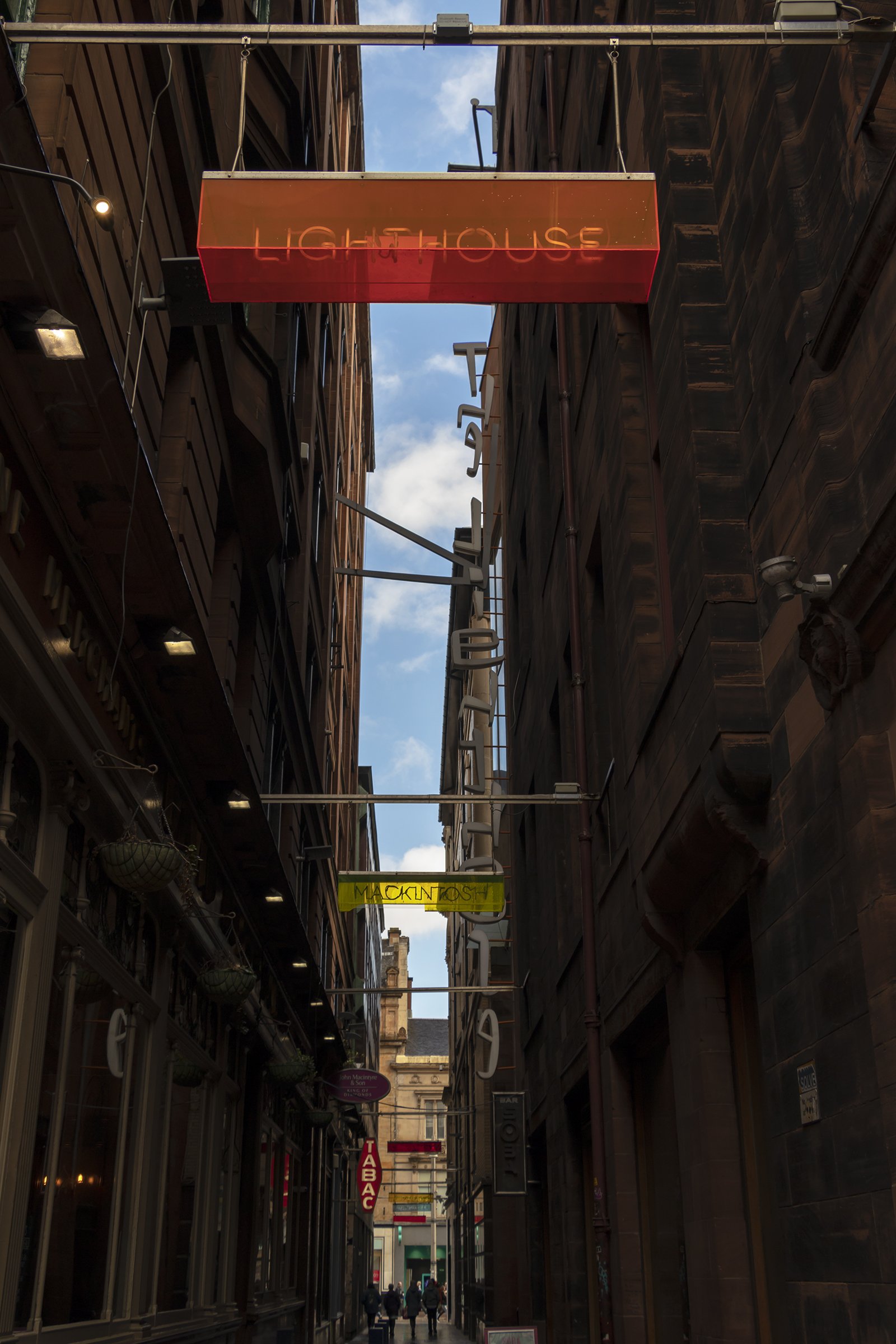 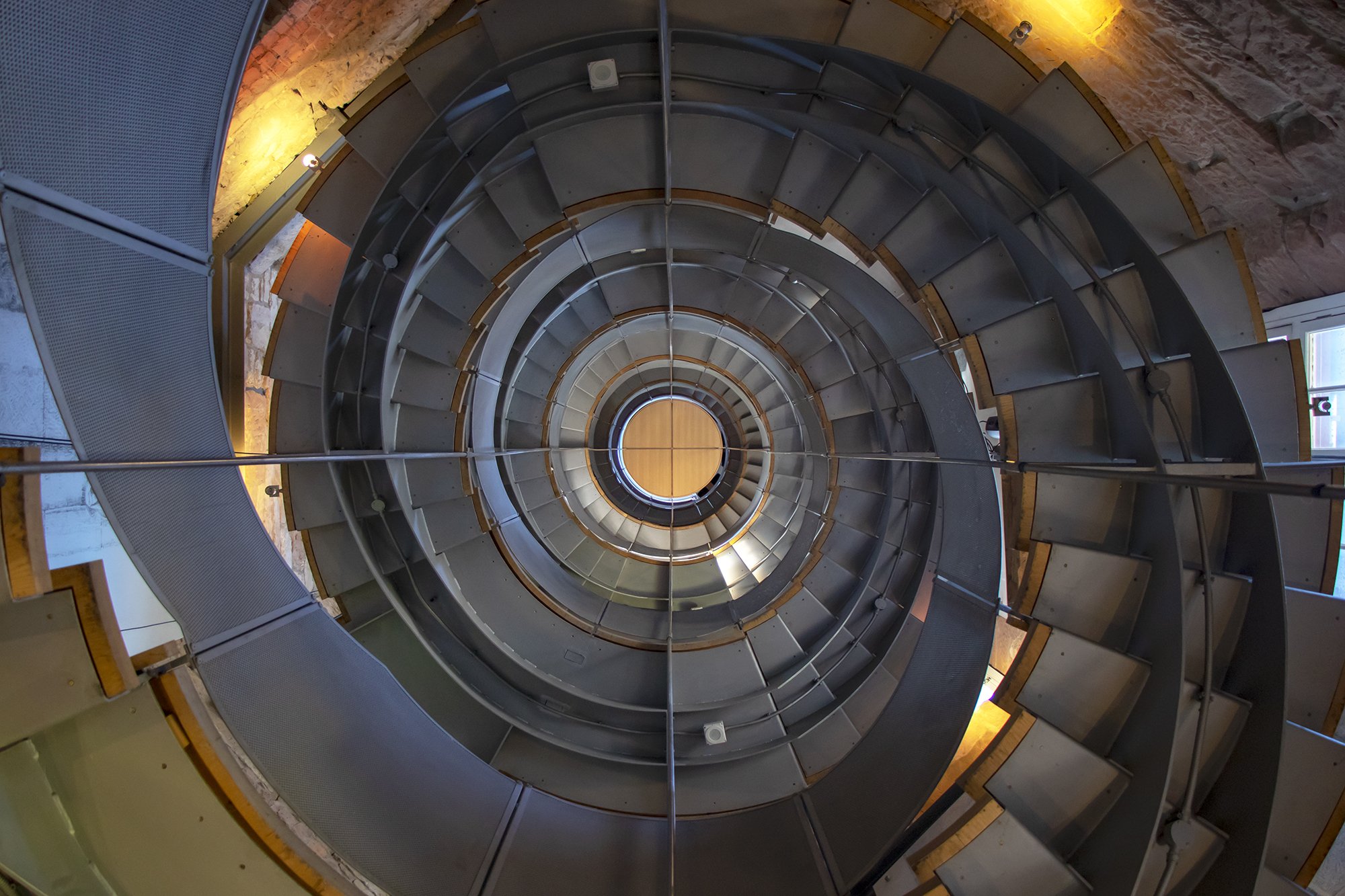 6. Check out the Duke of Wellington statue

I know what you’re thinking. Why does the Duke of Wellington have a cone on his head? Trust me, I asked myself the same thing. Apparently, it’s been a tradition since the 1980s and someone always manages to put another cone every time it’s been removed. The Coneheid (as it’s commonly known) is said to represent the good humour of the city of Glasgow! 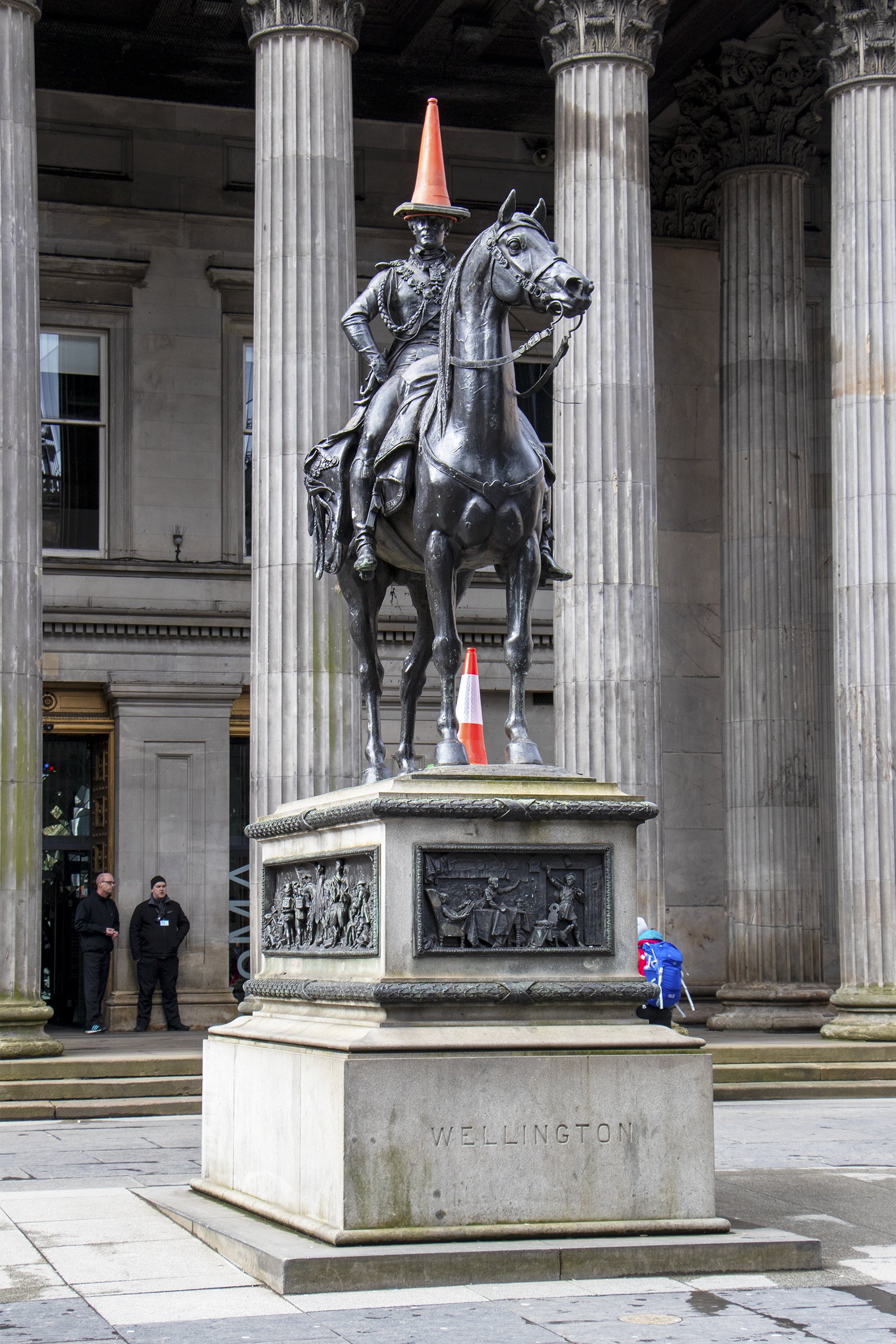 Although the traffic cone is undeniably the most famous part of the statue, it’s worth noting this is an A-listed monument in honour of Arthur Wellesley. The first Duke of Wellington was one of the most important political and military figures of the 19th century Britain, and was PM twice.

The Gallery of Modern Art which the Duke sits in front of is worth checking out too. 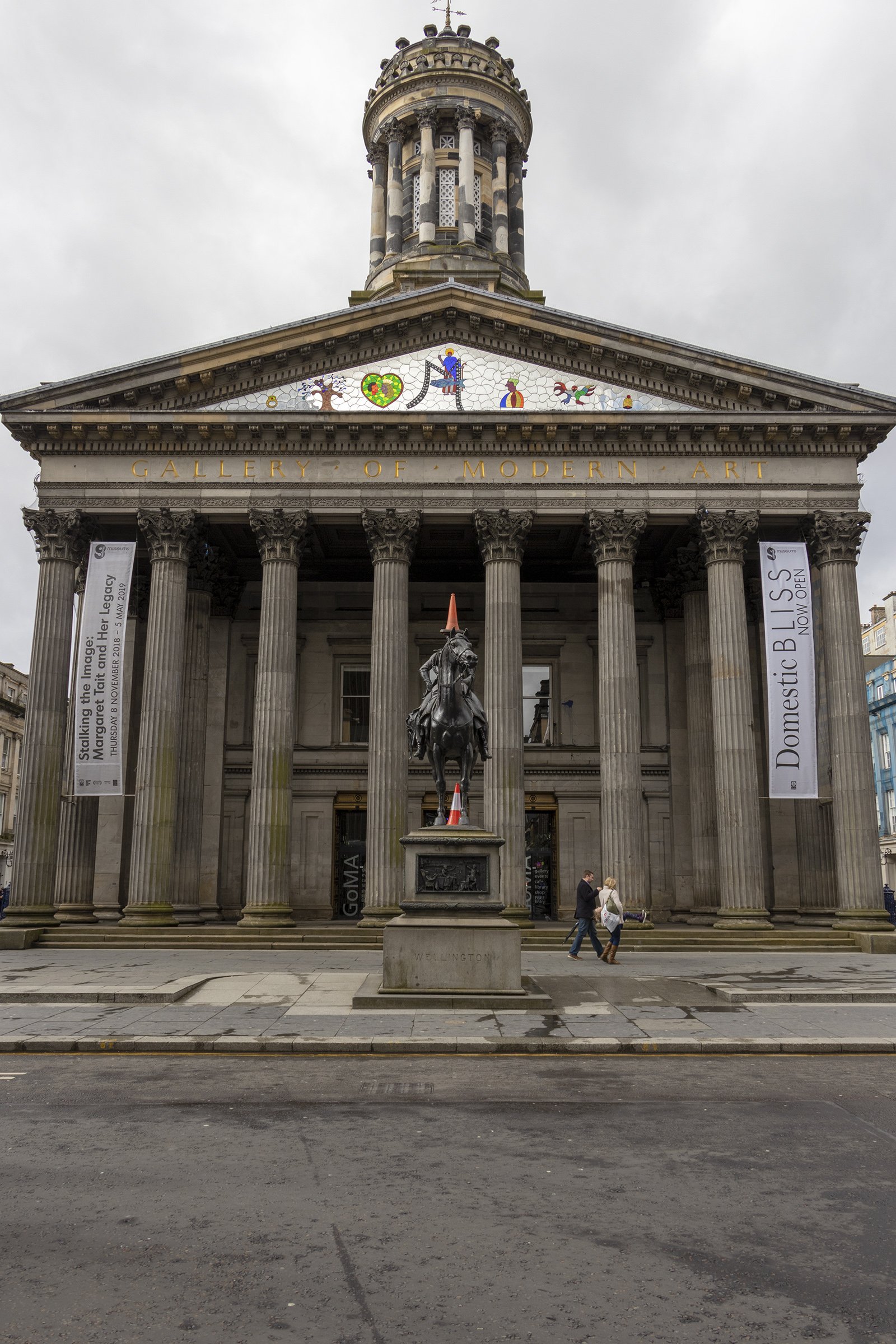 7. Other things to do in Glasgow 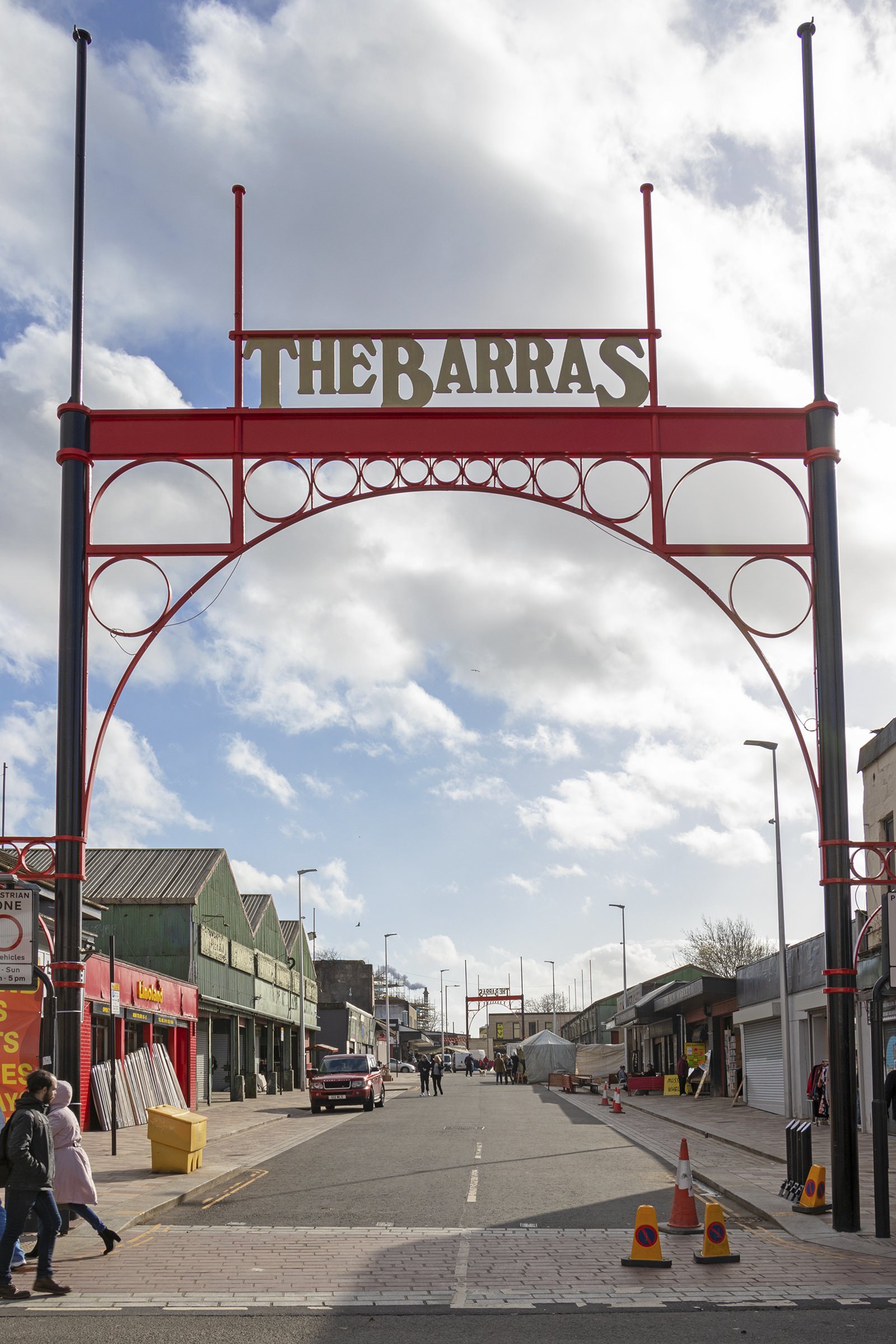 That’s a wrap! I hope that you enjoyed our quick guide to Glasgow. Are there any places that you think I’ve missed? If you enjoyed our top things to do in Glasgow post, please leave a comment, pin some photos and show us some love on social media using the buttons below.

Do you like exploring the UK Then check out some of our other travel guides:

Best brunches in Hackney to get your brunch fix

Top 10 best US national parks you need to visit