More than half a century since its accidental discovery, the Terracotta Army is still one of the most important archaeological findings in history. And I am not surprised at all. Who would’ve thought that there was a hidden 76m tall underground tomb in a remote area of China? Sounds bonkers, right? Unsurprisingly, visiting the Mausoleum of the First Qin Emperor has always been on my travel bucket list. I often find myself astonished at this wonder. How is it possible to build an underground city filled with thousands of warriors to serve and protect the self-proclaimed First Emperor of China in his afterlife? The perseverance of humankind never ceases to amaze me.

Naturally, when I learnt that the World Museum in Liverpool was temporarily exhibiting part of of the collection of this archaeological complex, I immediately had to add it to my Liverpool itinerary. 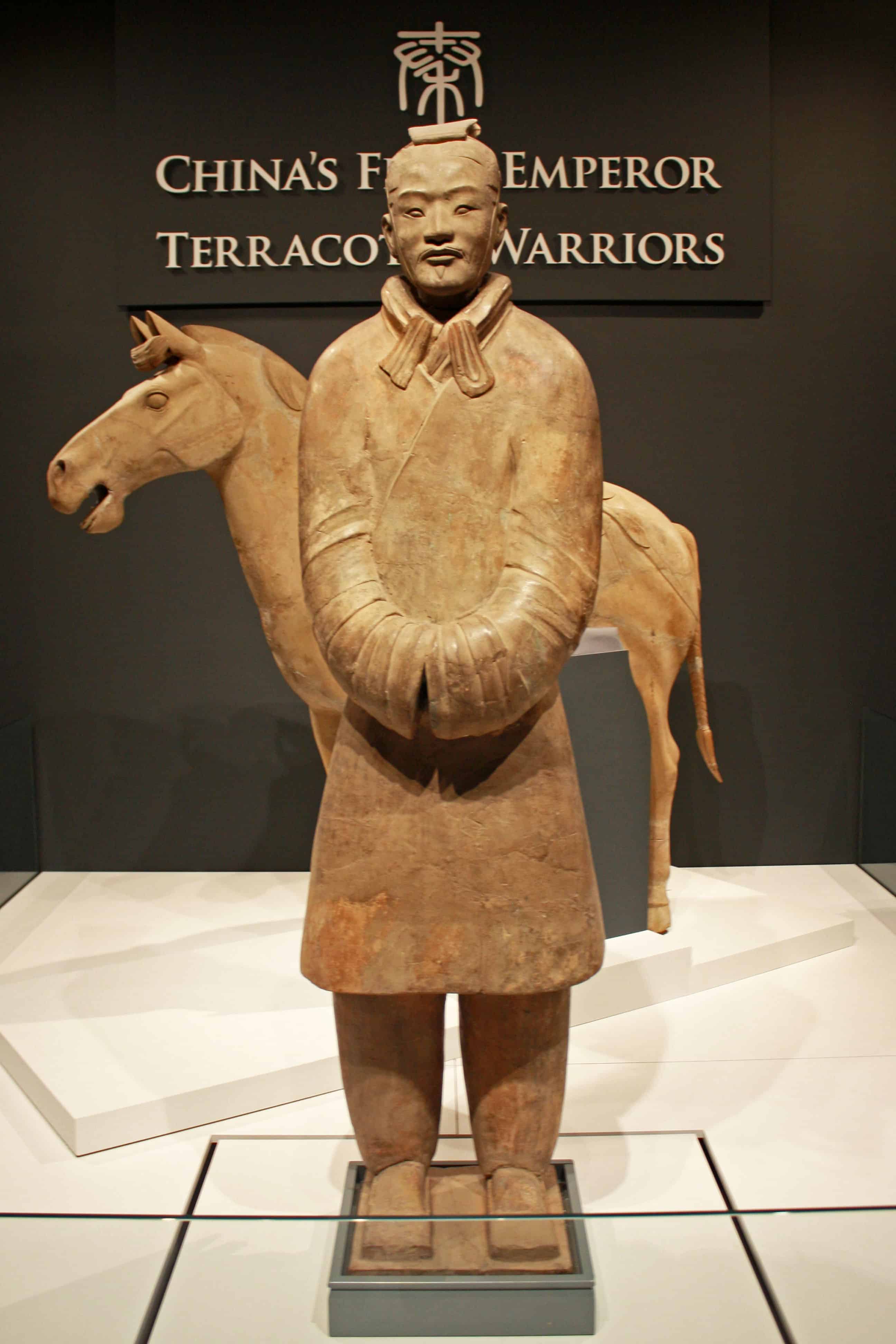 The Story Behind the Terracotta Army

As you’d predict, the story behind one of the oldest creations on Earth is quite magnificent but also really simple. Between 246-208 BC, a ghost army of more than 8,000 life-size terracotta soldiers and horses (technically, a bit larger than actual size) were buried alongside Emperor Qin Shi Huang to protect him in his afterlife, in what’s now the Lington District of Xi’an. This is pretty similar to the process the pharaohs of Egypt followed in preparation for the afterlife.

Originally painted in bright colours and arranged in formation, the life-size terracotta warriors were only one part of Emperor Qin’s elaborate plan for after his death. The actual project featured not only thousands of warriors, but in fact constituted a whole underground city with stables, offices, halls and even a park! The construction started on the extensive tomb when Qin Shi Huang became Emperor aged 13, and the entire process involved over 7,000 workers. It’s estimated that there are around 9,000 statues in the Terracotta Army, with 8,000 being soldiers, 520 horses, 130 chariots and 150 cavalrymen.

The Qin Shi Huang Mausoleum remained hidden until its accidentally discovery in 1974 by farmers digging a well, nearly a mile from Emperor Qin’s tomb. Up to this day archeologists are still discovering more pieces, with the Emperor’s tomb remaining sacred and unopened. 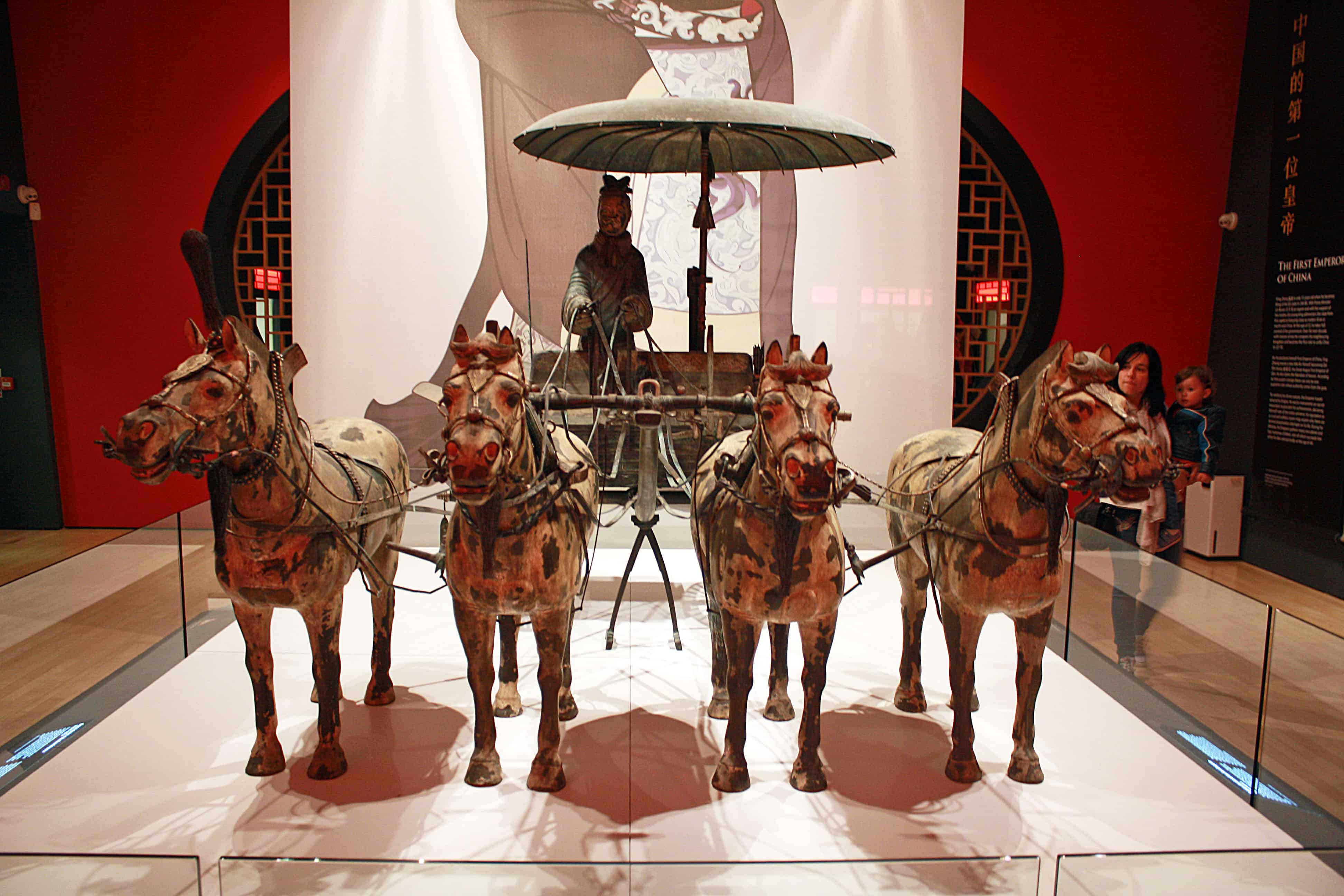 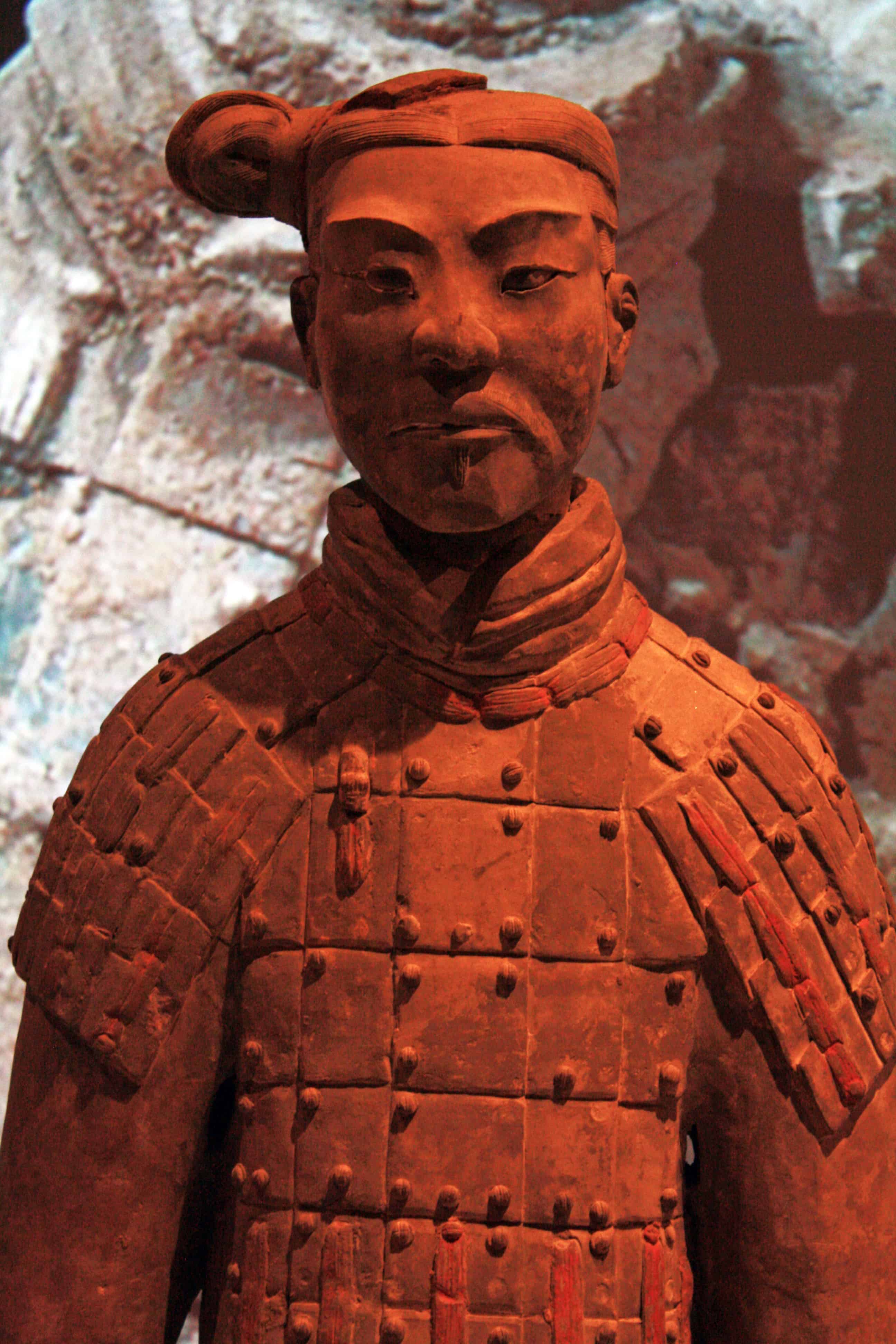 Part of the Terracotta Army was temporarily displayed at the World Museum in Liverpool. “China’s First Emperor and the Terracotta Warriors” featured almost one hundred valuable relics including Qin examples of the Terracotta Army and horses, as well as stone armours and bronze, gold, silver and jade pieces from the Eastern Zhou and Han dynasties. This unique display was incredibly captivating and resembled what I would describe as a walk through Chinese history; a timeline exhibit directing visitors from the Eastern Zhou (770 BC-256 BC) and Han (202 BC-220) dynasties. An absolute must.

Although this was the first time more than half of the items were on display in England, this is actually the third time that the Terracotta Warriors have been in the UK – in Edinburgh in 1985 and at the British Museum in London in 2007. 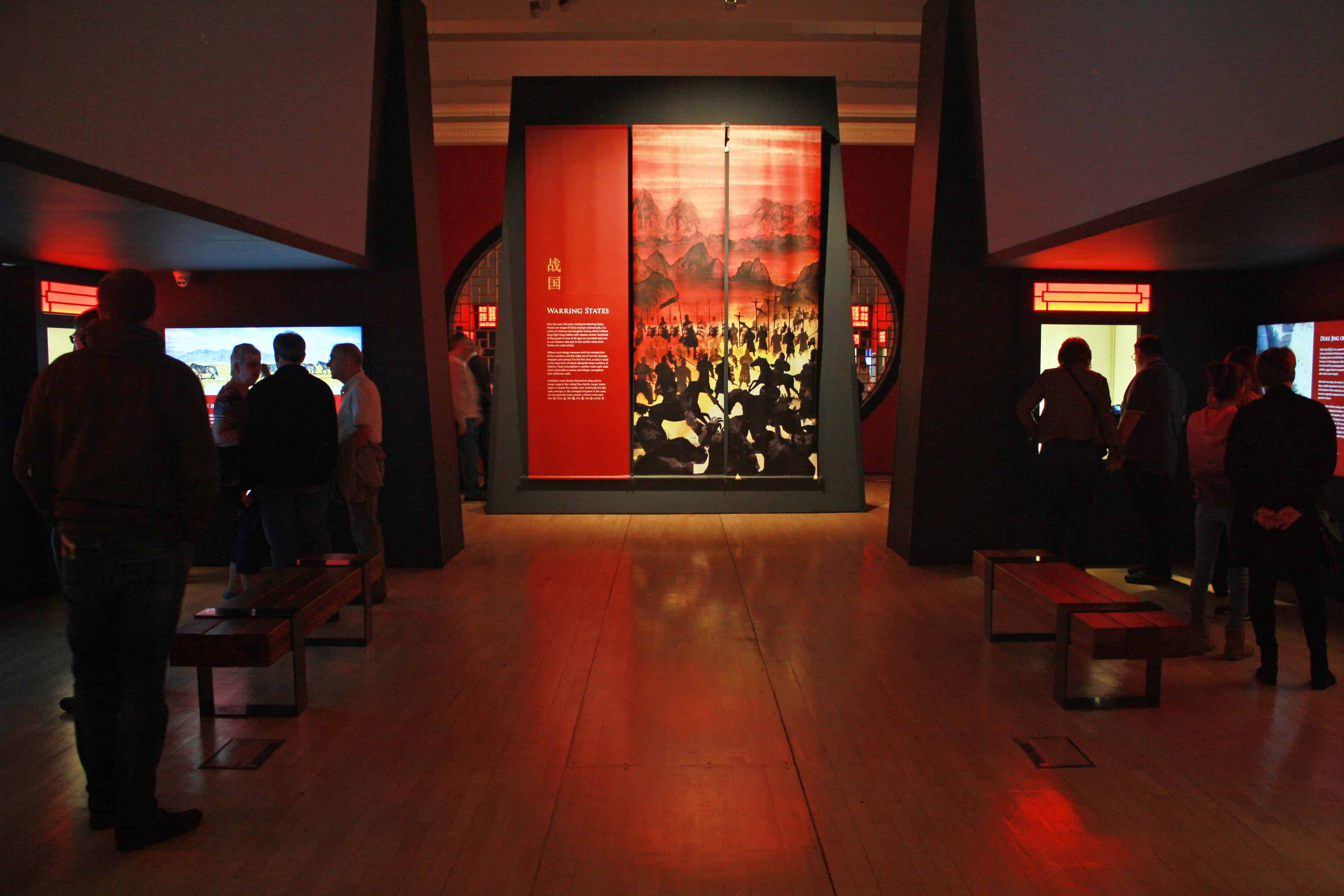 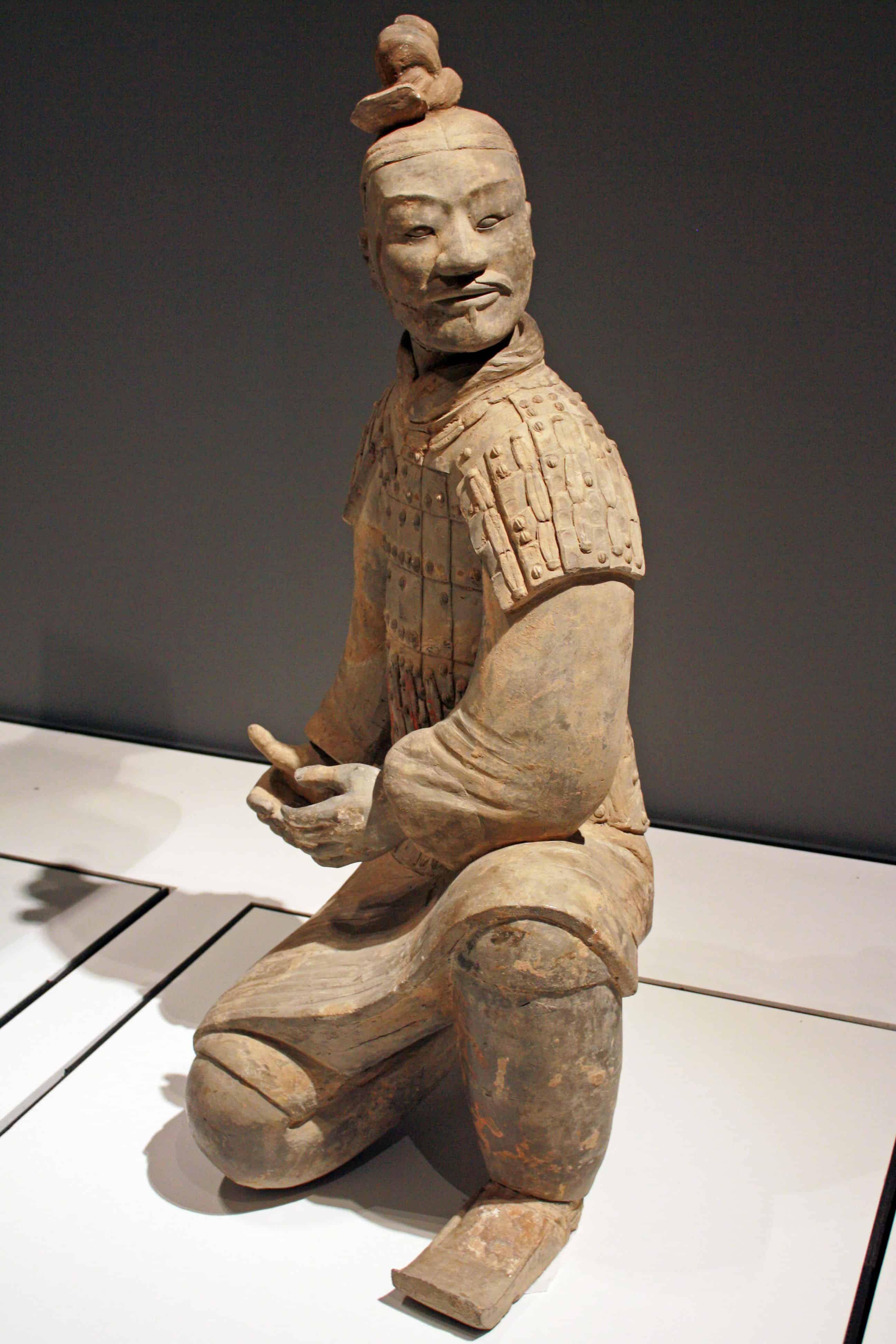 What happens next for the Terracotta Army? The “Terracotta Warriors: Guardians of Immortality” is currently on exhibit at the Te Papa Museum in Wellington, New Zealand. This display features 160 figures of the Terracotta Army and is open until 22nd April 2019. If you happen to be in New Zealand at this time, most definitely pay a visit! Otherwise, why not travel to China and see the whole display instead? I know I would love to!

Have you seen the Terracotta Army either in a temporary exhibition or in China? Let me know in the comments below!